posted on Dec, 18 2014 @ 07:04 AM
link
Since Castro took over Cuba its economy was a failure, still it subsisted due to the cold war, USSR needed ground close to US and Cuba was the ideological enclave in America so they financed the failed state until the USSR collapse.

After the collapse the 90s were the worst time for the island, starvation was a thing and the collapse seemed imminent for the people in Miami waiting for decades the time the island would be rid of the Castro pestilence; instead, a miracle happened in the form of a young charismatic soon to be dictator of to that point a not so friendly country.

Since Venezuela was established as an independent republic only one country in his history put foot on their territory, Cuban operates tried to infiltrate the country in the 60s to start the revolution, an attempt prevented by Venezuelan armed forced where soldiers died protect in their homeland from the invaders. since them the relation to Cuba where not hostile but neither completely friendly until 1998.

The year that saw Hugo Chavez came to power. Chavez was the head of a failed coup in the early 90s, in prison for 4 years he was pardoned by the president of Venezuela at the time. With out losing time he started a campaign to win the presidency, with a head start of 4 years and the anger of the people to the bipartisan model in place since the 60s he won the presidency by a wide margin, portraying himself as a right wing strong man that would restore the national pride.

Soon after he change completely his tale and started to show his admiration to communism and the leader of Cuba Fidel Castro; the bolivarian revolution changed to the socialism of the 21 century and the cooperation of Venezuela and Cuba started.

Supported by unprecedented oil prices thanks to 9/11 and the wrong politics of Bush wars on terror, Chavez had an influx of money never before seen in Venezuela, when he arrived to power a barrel of Venezuelan oil was close to $10, since 2003 the price hovered around $100 all the time.

With his increasing admiration for the Castro regime, Chavez sought more advice from the regime, in his goal of making "the new socialist man" he brought Cuban advisers in all areas of interest of the country, from education passing to military to health. Health was the flagship of the this "collaboration" and an important number of Cuban physicians came to work in the worst slums of the country.

This help from Cuba was not free, to pay Venezuela started to send Cuba 100k barrels of oil a day at 30$/barrel (which allowed Cuba to export 80k barrels a day...at full market price), not being this enough to pay the debt Venezuela also paid a monthly fee to the doctors, but not to each individual but to the Cuban government.

The time passed, Chavez ruined his country and died, his successor neither had the charisma or the popular support of his predecessor and the country felt more into chaos, billions in loans from China were smoked in days due to the rampant corruption and the economy was maintained only on the oil earnings. for the most part of the present year that was barely enough.

Until Saudi Arabia decided to play with the oil prices, some say to break Russia that supports Syria, others say is to kill shale oil, the truth is no matter the reason Venezuela was a collateral damage. Now with no more $ Maduro is force to scrap the bottom and find what he can to sustain himself in power, and Cuba will lose his goose of the golden eggs.

Cuba’s decision to agree to a prisoner exchange with the U.S. in return for easing a five-decade embargo comes as the Caribbean island's key benefactor, Venezuela, struggles to avoid default.

With Venezuelan President Nicolas Maduro unable to contain the world’s fastest inflation and the country’s bonds trading at default levels, Cuban President Raul Castro has been working to diversify the Communist country’s economy away from Venezuela, which provides about 100,000 barrels of oil a day in exchange for medical personnel.

“You only need to look at the economic disaster that is Venezuela and clearly it’s a bad bet to have all your chips in one basket,” Christopher Sabatini, policy director at Council of the Americas, said in phone interview from New York. “That 100,000 barrels per day gift of oil is going to end very soon.”

Mess in Venezuela Is One Reason Cuba Turned to the U.S.

Survivalist as they are the Castro bros knows his good decade is soon to be over and now seeks a new sugar daddy to sustain them in power, and one they have found in a desperate Obama seeking to leave a legacy to be remembered other than the worst president in a history of lousy presidents.

So stabbing the country that maintained them in power for a decade more than they should have to, the Castro bros seek USA to save themselves of the Venezuelan economic collapse 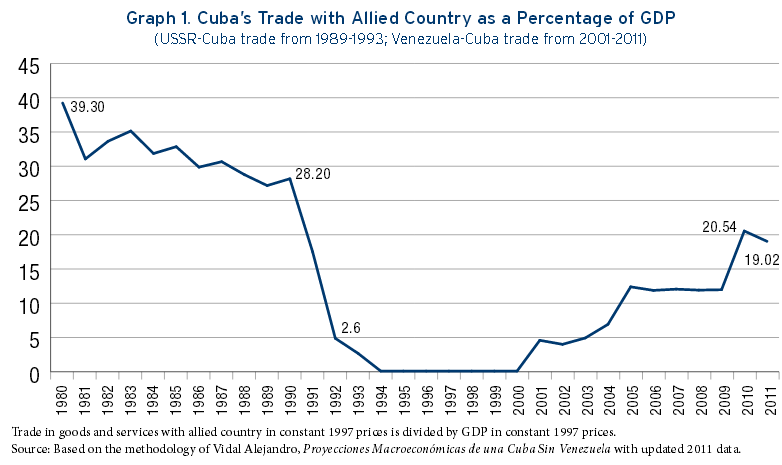 Are you implying the Cuban People want to "join" American Hegemony?

I guess they been in the dark long enough they don't really know what they are in for.

Cuban people don't want anything, the despotic rulers want to remain in power, they need $$ for it and evil USA print them after all.

despotic rulers want to remain in power, they need $$ for it and evil USA print them after all.


No, the US wants to dominate everyone and everything> Haven't you heard? If they buy off some despot dictator to brutalize their own people thats just fine. As long as Corporations get to feed off the people.

The Cuban people are an as yet untapped source of revenue for international Corporations. They are the eventual intended "customers".

ETA: Thats what they mean when they say they want to "normalize relations".
edit on 18-12-2014 by intrptr because: additional

So, in your opinion, the Cuban government is in for the "glorious economy of USA"? Makes no sense. These guys are communist - they know money, and USA smells like debts, not like riches.

It is much more likely the USA made the move. USA probably wants to avoid another Cuban Missile Crisis if Russia starts gearing up once again.

The "glorious economy of USA" is 100 miles away of them, full of drinking partying 20 somethings that would like to smoke a cohiba in revolution square.

Russia is 6k miles, the ruble is trash and Russians don't do tourism.

posted on Dec, 18 2014 @ 08:00 AM
link
Castro-ism has utterly failed. Cuba is infinitely worse off for their leadership and USSR/Russia and now Venezuela can no longer prop them. Here's hoping the crack in the door will be burst opened by a flood of freedom, especially communication gadgets. Dictators hate people in touch wi each other.
For once Obama is doing the right thing.

originally posted by: Indigent
The "glorious economy of USA" is 100 miles away of them, full of drinking partying 20 somethings that would like to smoke a cohiba in revolution square.

Yes but those who would like to smoke a cigar in Revolution Square are not those with the dough.

Big Oil Corps are those with the riches, but they are a dying breed as the US economy falls and China economy's reaches numero uno. And since Russia is getting friendly with China, I'm venturing the speculation that Putin's miracle for curing the Rubble in "two years" is through a solid alliance with China and India. If Cuba looks for revolution, sure the US might look appetising - but then the post-revolution country would be vulnerable as glass, any foreign force could then invade and take over. If Cuba is looking for dough, they should be looking East.

If Cuba allies to USA government , it is because USA made the first move. Maybe the US gov's memory of 1962 still stings.

Nah the Saudis are messing with everyone once again.

Cuban missile crisis... bah. Maybe having land-based missiles was the best option in 1960 but that is obsolete by decades. Russia doesn't need Cuban-based missiles with a ballistic submarine fleet as sophisticated as theirs.


Until Saudi Arabia decided to play with the oil prices, some say to break Russia that supports Syria, others say is to kill shale oil, the truth is no matter the reason Venezuela was a collateral damage. Now with no more $ Maduro is force to scrap the bottom and find what he can to sustain himself in power, and Cuba will lose his goose of the golden eggs.


I wonder how the Cuban relationship and possible labor pool from Cuba along with the billions being spent with the children of Mexico in this country now, will be tied to Walmarts commitment over the next 10 years: to invest billions to bring back US manufacturing jobs?

originally posted by: jtma508
a reply to: swanne

Cuban missile crisis... bah. Maybe having land-based missiles was the best option in 1960 but that is obsolete by decades. Russia doesn't need Cuban-based missiles with a ballistic submarine fleet as sophisticated as theirs.

Strange. I read that their fleet is in pretty pathetic shape. 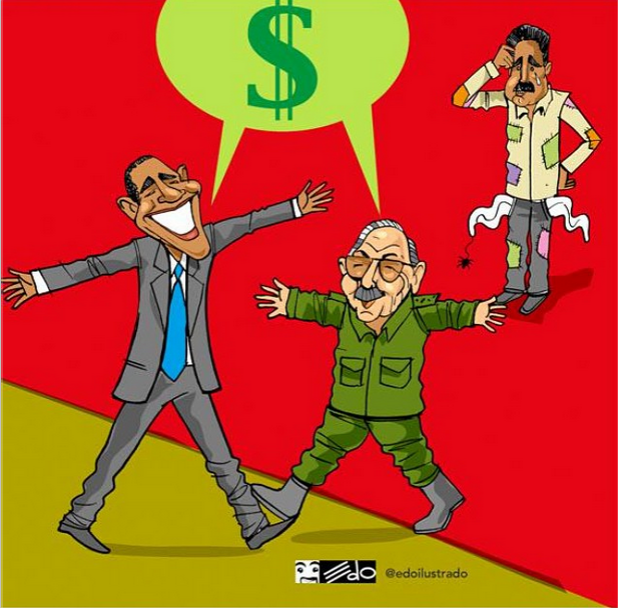