Is There Life on Mars? And Does it Fart? 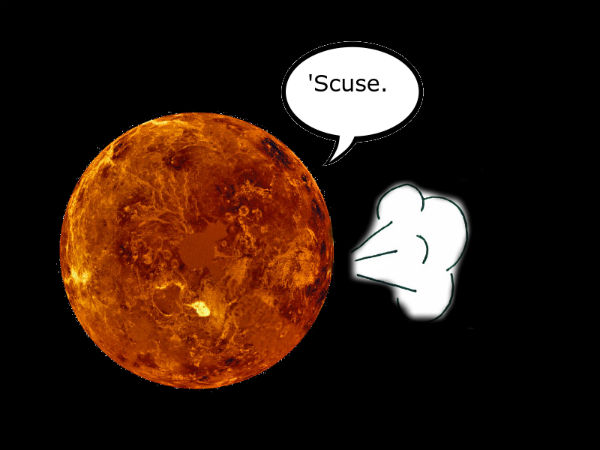 fart jokes aside, this is the best news i've read all month (not a lot of competition, admittedly, it's been a grim december).

An instrument on the rover identified spikes of methane that scientists believe may have come from bacteria-like organisms on the surface - and it could be the first alien life ever detected...

The Nasa authors are cautious about jumping to conclusions, but conclude that 'methanogenesis' - the formation of methane by microbial bugs known as methanogens - may be one answer to the riddle.

Nasa scientists in California have revealed evidence that suggests there is life on Mars based on readings taken by the Curiosity rover (shown). They say methane spikes on the planet could be produced by bacteria. And at the moment there is no alternative explanation for the spikes


Read that NASA probe sniffs methane and someone else thinks its a "burp" from living organisms.

Methane, like Ammonia, Co2 and a variety of other frozen gasses in the sub soil could easily be turned up by the rover and volatilize (boil away), the gasses then reaching the sensors.

That doesn't suggest anything else.

But the spikes of methane required an additional source, which was unlikely to be a recent impact by comet or asteroid.

Such an object would have had to measure several metres across and would have left a large crater - no sign of which was visible.

The short time-scale of the methane spikes did not suggest that the gas was released from volcanic deposits trapped in ice, called clathrates either. Nor did it appear to come from the release of gaseous methane that had become bound to the soil...

The Nasa authors are cautious about jumping to conclusions, but conclude that 'methanogenesis' - the formation of methane by microbial bugs known as methanogens - may be one answer to the riddle.

They wrote: 'Our measurements spanning a full Mars year indicate that trace quantities of methane are being generated on Mars by more than one mechanism or a combination of proposed mechanisms - including methanogenesis either today or released from past reservoirs, or both.'

Didn't that other lander at the pole dig up some ice that boiled away? I imagine lots of places on Mars have "perma- frost" at or just below the surface.

Aren't there pics of it on the Rover wheels somewhere?

not enough to account for the spikes that are being registered.

Yah okay, you got me. Proof of life on Mars… again.