page: 1
34
<<   2 >>
log in
join
share:
theantediluvian
+6 more
posted on Dec, 16 2014 @ 08:48 AM
link
Archaeologists from Brigham Young University have been excavating an ancient necropolis about 60 miles south of Cairo in the Fayum basin (Fayum depression) and a small, nearby pyramid dated to the reign of the Pharaoh Snefru (circa 2613-2589 BC), for 4-6 weeks a year for almost three decades. The focus in recent years has been on the necropolis area and to date, the teams have uncovered more than 1,700 burials.

Archaeologists have named the necropolis Fag el-Gamous ("Way of the Water Buffalo") after a nearby road. Recent released estimates are that the site contains the mummified remains of as many as one million people who were buried from approximately the first to seventh centuries AD, during the period of Roman-Graeco occupation (Roman and Byzantine Empires). 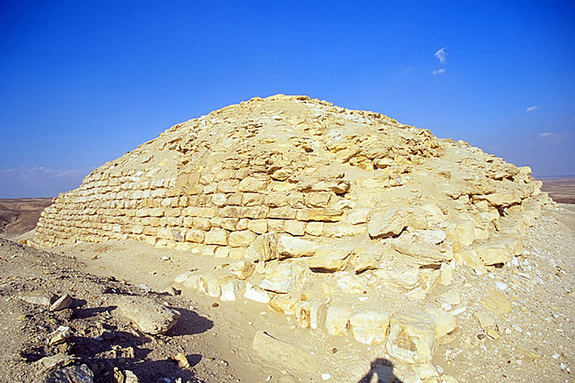 The nearby pyramid. Image: Kerry Muhlestein via Live Science

"We are fairly certain we have over a million burials within this cemetery. It's large, and it's dense," Project Director Kerry Muhlestein, an associate professor in the Department of Ancient Scripture at Brigham Young University, said in a paper he presented at the Society for the Study of Egyptian Antiquities Scholars Colloquium, which was held last month in Toronto.

This cemetery was not a burial ground for kings or royalty. The people buried here were often laid to rest without grave goods, and without coffins for that matter, the researchers said. The deceased's internal organs were rarely removed; instead, it was the arid natural environment that mummified them. "I don't think you would term what happens to these burials as true mummification," Muhlestein said. "If we want to use the term loosely, then they were mummified." 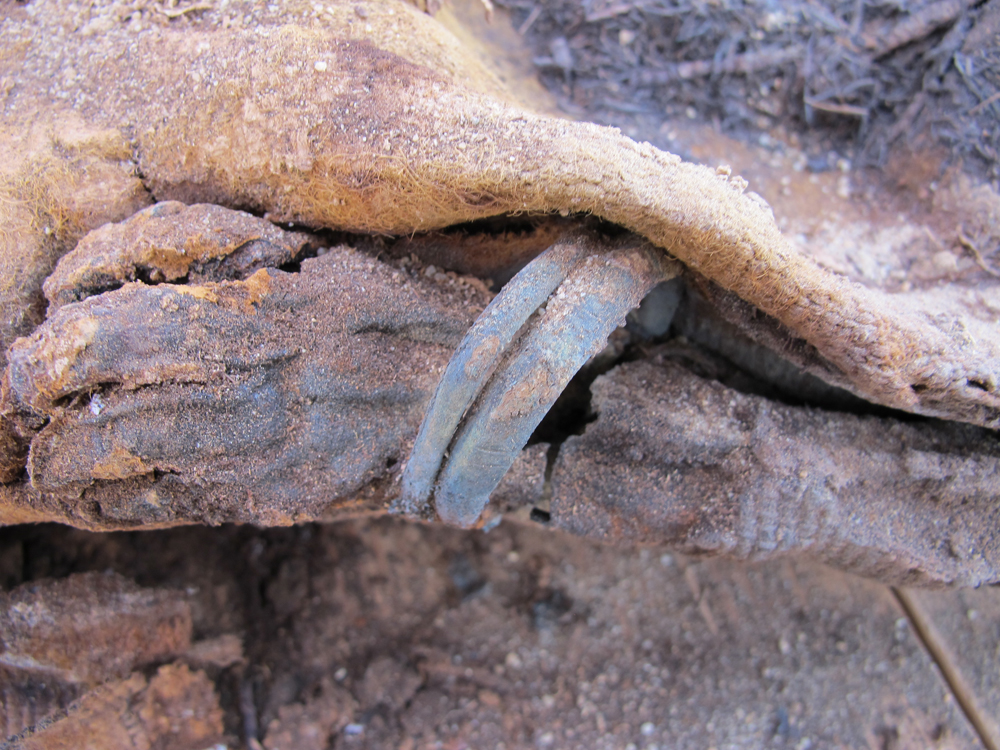 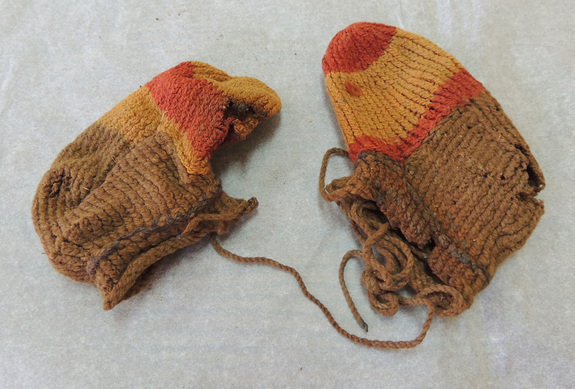 "There was some evidence that they tried much of the full mummification process. The toes and toenails and brain and tongue were amazingly preserved," the researchers wrote on the project's Facebook page.

Interestingly, one of the of the mummies found was that of an individual of a truly impressive stature — seven feet tall — who being larger than the burial shaft, was interred bent in half. Another interesting discovery is an apparent pattern of clustering of individuals with similar hair color — including clusters of blondes and redheads — a pattern that could point to some areas being used for a single family or ethnic group.

The size of the necropolis is something of a mystery as the nearest village seems far too small to account for the number of burials and the nearest ancient town that might have, Philadelphia (one of many cities in antiquity to have this name), has it's own cemetery. Also notable are the lack of mummy portraits — portraits painted on wooden panels and attached to mummies — unearthed at Fag el-Gamous despite the practice being common in the area during the time of its use. 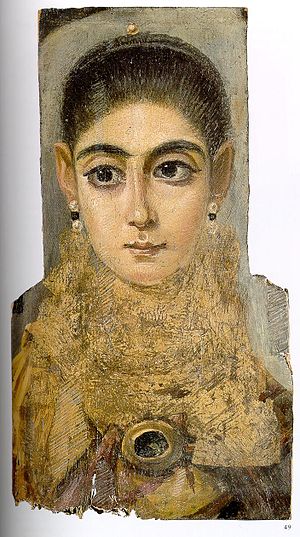 Additional sources at Obscuragator.
edit on 2014-12-16 by theantediluvian because: (no reason given)

Would be interesting if they find some bigger ones and can go public with them.

Northern Italy is known for a high occurrence of blondes (something like 15-20% I believe in some areas). Many of the Roman gods were depicted with blonde hair and Nero was described as having light blonde hair and blue eyes.

Similarly, red hair is associated by most people with Scotland and Ireland which have the highest concentrations of red haired people but red hair is common among all Germanic and Celtic peoples and can also be found in enclaves in Asia, among Berbers and in Polynesia. The Thracians were often described by the Greeks as having red hair and blue eyes. Speaking of Greeks, Alexander the Great is often described as having what amounts to dirty blonde hair.

Alexander the Great expanded Greek rule into Egypt (and one of his titles was Pharaoh of Egypt) giving rise to the Ptolemaic Kingdom (323 BC) and Hellenistic rule lasted until the Roman conquest of Egypt (30 BC). Following the fall of the Western Roman Empire (476 AD), the Byzantine Empire ruled Egypt until the Arab conquest (641 AD).

During this period the ruling classes were Roman and Greek and the area was quite a melting pot so it's not surprising that they would find blondes and redheads.
edit on 2014-12-16 by theantediluvian because: (no reason given)

originally posted by: rickymouse
Nice booties. They look like something the wife would knit.


The article says they're not mummies per se, but were "mummified" (dried out) by the arid nature of the dessert.

It also sounds like they were Roman subjects, so could've been from anywhere in the Roman empire really. This burial site is 2,500~ years away in time from the Pyramid builders.

originally posted by: infolurker
a reply to: grey580

Would be interesting if they find some bigger ones and can go public with them.

If the individual was indeed 7' tall it would be remarkable as the tallest complete skeletal remains documented by modern paleoanthropology is only 6'8" (a 3rd century Roman). According to that article, only about 3 in a million people today have gigantism and the average Roman would have been about 5'6".

That said, it happens! I'm average height but my younger brother is about 6'7".

I know that red hair and blonde hair have developed independently from each other in the past.

however it's interesting to see so many being found. and i imagine that there must be more graveyards out there.
with even more interesting things to find.

Yeah i read that the naturally arid conditions mummified the bodies naturally.

What interests me is where were the cities that all these people lived in?

posted on Dec, 16 2014 @ 12:07 PM
link
I showed the picture of the booties to my wife and she said the stitching pattern looks similar to one she uses. I got a lesson on how to make the color changes. She was a little surprised that they were that old but had figured that they were doing stuff like that for a very long time. Now, remember, this shows that this was happening at that time and that people were doing it well. How long before that was knitting with varying colors invented is a question I should research. It is evidence of advanced societies. You need clothes, you do not really need an electronic clock or to sit on the moon.

Ok. Why dig up the dead? Aren't they supposed to rest in peace?

Most people today would complain if a member of their family was dug up without them knowing.

Another thing... what if some nasty killer disease is still alive?

True it seems a bit disrespectful but I doubt any virus survived for thousands of years.

Excellent OP with plenty to get our teeth into.

I wonder how Muhlestein has arrived at the figure of 'over a million burials?' Were they buried 3 or 4 deep in the same holes?

Imagine a sports stadium with a 100, 000 seats and the area just the seats cover? Multiply that area by 10 and then multiply it again to include the height x width of burials. Even as sardines, we'd be looking at 6' x 2' multiplied by a million. Subtracting those family graves wherein infants are buried with relatives would still leave a vast area.

I had a quick look through academic references and didn't see much to validate the claims. Kerry Muhlestein's papers range from 2008 to the present and have been cited between one and five times.

That doesn't lessen the emotional impact of the infant booties - they're very emotive. Neither does it detract from the evidence they've presented about the graves that have been excavated. It does leave a question mark over the accuracy of the estimate.

originally posted by: grey580
a reply to: VelvetSplash

Yeah i read that the naturally arid conditions mummified the bodies naturally.

What interests me is where were the cities that all these people lived in?


That seems to be something of a mystery! If we assume that burials were taking place for 700 years, that would be an average of 1,428 per year. I've seen estimates of annual crude death rates in the neighborhood of 40 per 1000 for this period in Egypt. My very imprecise and unscientific estimate would be an average population of 36,000 people. By comparison, Londinium had an estimated peak population of about 45,000 in 3rd century AD.
edit on 2014-12-16 by theantediluvian because: (no reason given)

Fascinating post! I'll be waiting however for further reports before I believe the 'cemetery containing one million corpses' story/theory as scientists quite often seem to be a bit overenthusiastic about a new discovery, like the time where they thought they found an exceptional and very old Jewish bathhouse which in fact turned out to be a common Roman sh**house. I gave your topic a flag

This is an old site, in that people have known about it for a long time. It better known as the ruins of Manashinshana and its cemetery is called the fagg el gamous. It was first looked at in 1900 and was/is thought to have been the cemetery for the city of Tanis. Much of the earlier work was by German archaeologist and the work was disrupted and a number of the archaeologists involved killed or died in WWI. (ie reports were incomplete or not done at all). AFAIK

A bit more about the site

WWI and II disrupted scientific work especially if it was being done by the Central Powers/Axis. Most archaeologist being college men were also reserve officers.
edit on 16/12/14 by Hanslune because: (no reason given)

The Greeks had much influence over Egypt by this period.
Rome Was everywhere in Europe and the Mediterranean by this stage.
Most people think of Italians as the short dark people....but these are mainly the southern peasant workers...the most recognised type, who emigrated to the new World in the late 1800s and after WW1 & 2...Americas, Oz etc...think Al Pacino type look.

The Romans of middle to north Italy, were taller, fairer skinned, blonde and blue eyed etc, like other middle/northern Europeans.


Why? These people aren't ancient Egyptians.

Didn't you notice the dating? 0AD-700AD. That's the Roman Empire and the Dark Ages. Egypt was one of the crossroads of the world at the time. You'll probably find Chinese buried there if you look hard enough.

Those little booties are so adorable. Its pretty crazy to think how old they are and yet someone right now could be making an identical pair for a baby today. I swear my mom made some just like that for my niece.