posted on Dec, 16 2014 @ 06:03 AM
link
Whats going on in the world, are we in such a bad shape we believe any con artist that comes with tales of success nowdays?

In spain a few month ago it was news the tale of Francisco Nicolás Gómez Iglesias a 20 years old law student that pretended to be a Spanish government adviser that entered in security debrief, and took himself photos with everyone in the government including president and possible even the king, he even gave interviews to TV stations where he claimed to have worked for the Spanish Secret Service.

All lies that allowed him to be in the highest political circles of Spain, without no one even wondering if it was true until it was discovered in October

A kid from Queens has made tens of millions of dollars — by trading stocks on his lunch breaks at Stuyvesant High School, New York magazine reports in its Monday issue.

Mohammed Islam is only 17 and still months away from graduating — but worth a rumored $72 million. “The high eight figures,” is as specific as the shy and modest teen would get when asked his net worth.

Islam bought himself a BMW but doesn’t have a license to drive it. And he rented a Manhattan apartment, though his parents, immigrants from the Bengal region of South Asia, won’t let him move out of the house yet. 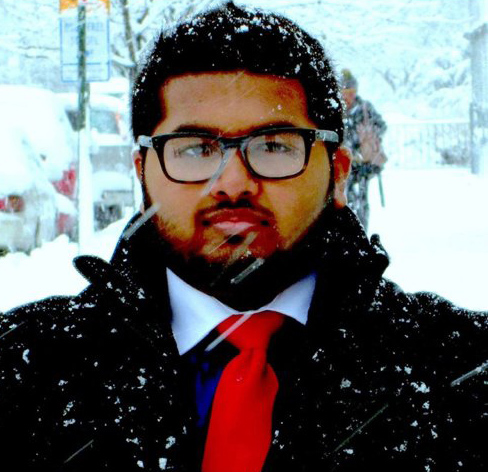 Surprise, surprise New York Mag’s Boy Genius Investor Made It All Up.

It’s been a tough month for factchecking. After the Rolling Stone campus rape story unraveled, readers of all publications can be forgiven for questioning the process by which Americans get our news. And now it turns out that another blockbuster story is —to quote its subject in an exclusive Observer interview—”not true.”

Monday’s edition of New York magazine includes an irresistible story about a Stuyvesant High senior named Mohammed Islam who had made a fortune investing in the stock market. Reporter Jessica Pressler wrote regarding the precise number, “Though he is shy about the $72 million number, he confirmed his net worth is in the “’high eight figures.’” The New York Post followed up with a story of its own, with the fat figure playing a key role in the headline: “High school student scores $72M playing the stock market.”

And now it turns out, the real number is … zero.

In an exclusive interview with Mr. Islam and his friend Damir Tulemaganbetov, who also featured heavily in the New York story, the baby faced boys who dress in suits with tie clips came clean. Swept up in a tide of media adulation, they made the whole thing up.

Is it that in this times of economic hardship we desperately seek any success story, a fairy tale with a happily ever after ending that will save us of our problems with the advise and wisdom of the wonder boy that made it while everyone was failing?

It seems the time of the con artist is again at hand, start selling your miracle snake oils, many desperate people are ripe to believe anything.

posted on Dec, 16 2014 @ 06:08 AM
link
Journalism is reaching new lows, some of that attributable to what are called 'citizen journalists' who habitually get it wrong. When the news goes by so fast, and new stories flow like water at a fish festival, real journalists often jump the gun on stories without checking if they are true or not. I'm glad some of them are getting caught at it, it may make editors and reporters more diligent in the future (until they're not).

I don't need ur money. I am a 23 year old * boy*. Il sell you some Aliens for free but it will only cost you PTSD.

originally posted by: Aleister
Journalism is reaching new lows, some of that attributable to what are called 'citizen journalists' who habitually get it wrong. When the news goes by so fast, and new stories flow like water at a fish festival, real journalists often jump the gun on stories without checking if they are true or not. I'm glad some of them are getting caught at it, it may make editors and reporters more diligent in the future (until they're not).

I dont believe that levels of Journalism is a all time low. I believe with the power of the internet we are in fact checking the BS more and catching them out..time and time again. Lazy journalism at it's finest.

Not at an all-time low, but reaching new lows. Internet journalism has so many good points that it's impossible to start making an all-inclusive list. Yet at the same time people often just make things up, create fake news and videos, and pretend to be reporting news when they are often just turning on their phone-cameras and talking about things which have no relation to truth, justice, or principled reporting about reputable subjects. So I'm not saying that all citizen journalism is bad, but that much of it lacks the fact-checking that is the sign of a good journalist or journalistic organization.

This is a story because?

I can't beli I actually read the story.

Sorry i put a gun to your head and made you click it...

Classic! Well spotted. Either it was journalism at its most foolish, lazy and ignorant or a deliberate piece of market propaganda.

ATS is actually a more useful tool for me getting real news than the BBC, Guardian or CNN in terms of what is specific to me and my life.

Mass media journalism is so completely riddled with propaganda, social coercion and it plays awful mind games with people. Quite definitely a front line tool of mass populace control and herding. It is dead as a credible source of current affairs analysis for intelligent thinking people. See how they have to put everything into the most ludicrously childish and infantile language; "Jihadi John", what? Now we know what a phrase like that is going to achieve, don't we?

Long live the true journalists! If you are a true journalist you will never be rich. Only compromised hirelings make money in that profession. They are more than happy to be a bought and paid for mouthpiece because of the status and other benefits it allows. Anyone who is "looked after" in this system will always be very willing to do whatever is necessary to maintain privileges. There is the occasional attack of conscience, but it is soon dealt with by loss of status and character assassination when required.

This episode is a fool on a ship of fools. Keep writing ATS members. I am a most thankful audience. You are my kind of journalists.