Giant arrows on the ground..They're Everywhere! but why? 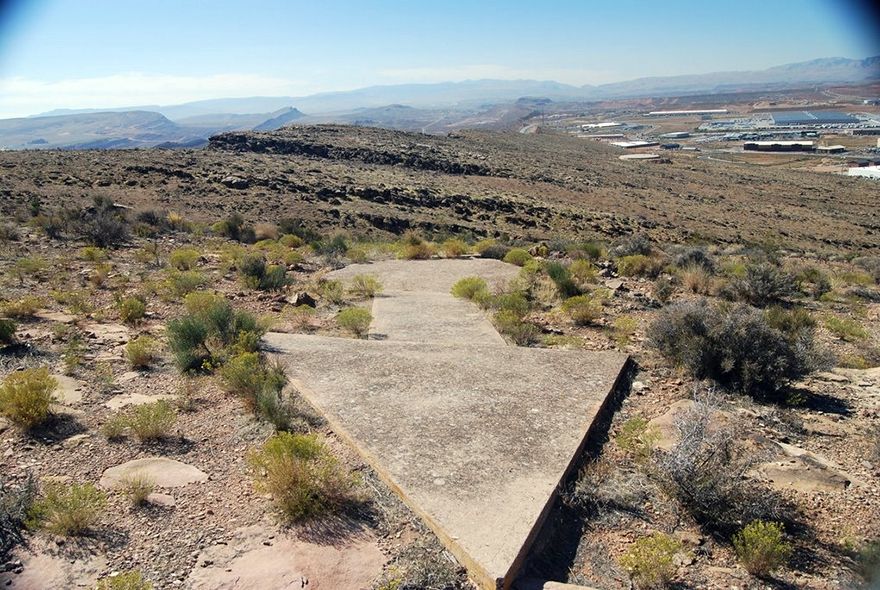 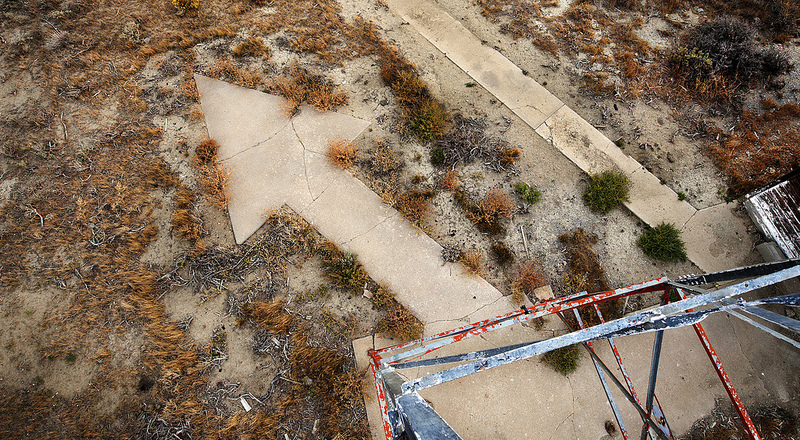 According to this link..www.wimp.com... Here.


Because the US Postal Service started using cross-country air mail before the days of getting reliable radio in their army surplus planes, the US Postal Service installed these arrows for the flyer's safety. The line of the beacons bisects the country longitudinally from San Francisco to New York City.

I never knew this, although my father showed me one when he and I were driving across country a long time ago...

I know you guys are half-joking about relating it to the Nazca lines but it's not like it was impossible to fly with the current technology back then. Flying doesn't require electronics or even any sort of super-modern materials.

Maybe the Nazca lines were to serve as navigation assistants for the native sheepskin zeppelin army! It's not impossible.

I wonder what the giant insects will make of these arrows a few thousand years after we nuke ourselves into oblivion?
"Click Click Buzzzz...Ah sacred arrow symbols,we must follow them.."

posted on Dec, 13 2014 @ 12:58 PM
link
It is another reason why most city water towers are painted with the names on them. They were used as navigation aids. Not as much today but as visual aids pilots could use them for VFR.

originally posted by: Cuervo
a reply to: baddmove

I know you guys are half-joking about relating it to the Nazca lines but it's not like it was impossible to fly with the current technology back then. Flying doesn't require electronics or even any sort of super-modern materials.

Maybe the Nazca lines were to serve as navigation assistants for the native sheepskin zeppelin army! It's not impossible.

Man,I love the idea of a sheepskin zeppelin army.
They may even be misindentified today if found by archeologists.
"Ah we have here the remains of an ancient Nazca tent,covered with sheepskin(or yak or alpaca or whatever they had back then).We can even see remains of bags of grain they fed their animals."
Say the archeologists.

But no-the tent is a zeppelin or balloon,and the bags of grain were for ballast!

Who knows-but the Nazca lines were put there for some reason,and done in a very presice manner.

posted on Dec, 13 2014 @ 01:19 PM
link
Wouldn't there have been some historical reference to these flying machines? Boats developed in much the same manner the world over only differing in overall size or style . Pyramids developed the world over in much the same manner only differing in size and style.
The first references we have to attempted flight by man was in ancient Greece which as we know didn't lol get off the ground pun definitely intended. After that DaVinci made schematics and may have even attempted to build a flying machine but man didnt actually get into the air until the 19th century.

a reply to: Cuervo


Hey now. Lets not be dissing my man Erich. If it wasn't for his books, I might still be a religious nut, instead of the proud heathen I am today.

originally posted by: Denoli
It's just a rock !
Pfft

posted on Dec, 13 2014 @ 01:31 PM
link
How does a Nazca high priest know who his replacement is gong to be? The one that can identify the variety of symbols from on high during induced OBE's?

Trying to make any other sense of it.

About dead reckoning. Its all the "air mail" pilots had. They took off in a certain direction at a certain speed and if they were consistent, they could expect to find these "trail markers" become visible after a certain elapsed time. If they didn't they would fly sweep patterns in the hopes of re confirming their position. Once located the next arrow would be a certain course, distance and speed.

Rain, fog and cross or headwinds were problematic. Was there even one instrument in the planes in those days?

They make great photos though

The United States Postal Service first made the arrows in 1924. What? The Postal Service? Why did they make the arrows? In the early 1920s, airplanes hadn’t been around for very long. The Postal Service was experimenting with using airplanes to deliver mail. The Postal Service established routes along which to fly airmail. They called the routes “airways.” The Postal Service decided that pilots needed to be able to fly during both day and night to deliver the mail quickly. So they came up with the idea of building arrows and beacons. They built the towers in the middle of the concrete arrows. These giant arrows were the foundations for electrical beacons. The postal service hired people to turn on the beacons every night to guide airmail pilots flying airways in the dark. These people were a lot like lighthouse keepers. How far apart were the arrows? They placed the beacons about every ten miles along an airway. The beacons or lights sat on top of tall steel towers, between 20 and 87 feet high. The beacons were two, very bright lights (1,250,000 candlepower). They ran on electricity and rotated so that a pilot would see flashes. They were only 10 miles apart so that when a pilot arrived at one beacon, he could see the flashes of the next. Did the arrows all point the same direction? No. The arrows pointed towards the next beacon along the airway, so pilots could use them to stay on course during daylight hours. The towers and foundations were painted with bright colors (yellow and black or orange and white) so pilots could see them easily.

Or the ancient alien tards are gonna test the date and come up with 40000 years old !
Yep the old air mail service cover up !

Or the ancient alien tards are gonna test the date and come up with 40000 years old !
Yep the old air mail service cover up !