posted on Dec, 11 2014 @ 01:37 PM
link
I've browsed ATS for some time now, and decided to create an account and participate in some discussion. I have a tendency to allow my thoughts to get away from me, so if I ramble or go off on seemingly unrelated tangents I apologize. At the least I will attempt to keep it readable.

I'm not here for the political threads, the racism threads, or threads about how I would have handled an armed assailant with a simple Judy Chop to the neck.

There are certainly quite a few threads about the current state of the world, but I've always viewed ATS as a place to discuss things you might not discuss with your close friends and family for fear of looking like a whacko.

As for the title of this thread (and my username), I have always felt...out of place...it's a very difficult feeling to put into words. Maybe its just me, but I find it difficult to participate in day to day life without questioning why the hell we do the things we do...much of it seems unnatural to me. Most of my life has been spent moving and searching for the place I 'belong', but each journey ends the same way. I've always felt that I should have lived in the medieval period or something...a time when honor, respect, and concern for your fellow man meant more than the price of your shoes or which smartphone you have.

A few of my 'beliefs', in no particular order-

Sorry for the long introduction, and thank you to the author of this thread. I look forward to participating in some discussions, especially the mind bending ones. The thoughts I've shared here are barely scratching the surface.

When I was young (around 10) I would think something like "I'm just another person", sort of with the underlying tone that everyone experienced life just like I do and everyone was connected through experiencing the same things...if I concentrated on it hard enough, I would get this feeling similar to getting slightly light headed when you stand up too quickly. That would freak me out and I would get the jolt like you have when you wake from falling in a dream. I never got comfortable with the light feeling, so I never pushed through with the thought. I eventually stopped doing it and have lost the ability to get in that same state of mind...

posted on Dec, 11 2014 @ 01:52 PM
link
Thanks for sharing all of that. You piqued my interest with your title as I have spent my entire life feeling like I don't belong.... I am well liked, and can generally fit in in just about any setting. But I do not feel like I belong. Anywhere. I always feel restless. The only time I feel some sense of peace is if I am doing something outdoorsy (hiking, just taking in the scenery, etc)
Good to know I am not totally alone in that! I see other people and they seem to just have it figured all out. Maybe I will eventually one day too.

Do you feel different? An outcast who doesn't fit in with most other people. An individual with thought patterns that are out of the ordinary. Someone who is very self-critical and places unrealistic expectations on themselves. A person with too much time on their hands in this physical world, but not enough time to explore the metaphysical aspects of existence. You are physically lazy but mentally proactive.

While others concentrate on what they can see, you focus on what you can not. You feel in awe of others that you admire, but you dismiss these feelings when they are directed at yourself. Your priorities are not the same as "normal" people; you are not fussed over the same things as they are. You are full of wonder when you think about the universe and other people, but feel empty and anxious when you look at yourself.

Others tell you that you are smart, but you feel silly. It's the tasks that most people find easy that you tend to struggle with. You ask yourself why you find tasks that are automated for most others so difficult. You feel as though life is just one challenge after another. You don't congratulate yourself enough when you do overcome a hurdle. But you take joy in telling others when they do. You love to make other people happy and give them advice when they are in need, yet you don't heed the wisdom you expel. Are you a hypocrite? Perhaps that is one of the many flaws you see in yourself.

You view the world through an external perspective. While you are confident you are in touch with reality, you feel separated from it. When you are asked to define who you are or what you believe, you struggle to find the words. What is your passion? What is your drive? You are not sure of your ambitions or your purpose for being here. When asked if you could do any occupation and get paid the same no matter what you choose, you struggle to define what it is that makes you happy and complete. You do not know, nor do you claim to know. This makes you appear indecisive to the average person and contributes to your feelings of alienation.

Other people ask you where you see yourself in 10 years, you worry about where you see yourself in 10 days. You are not the same person you were yesterday. You don't just worry about the future, you focus on the past and are apprehensive about the present. Your life is a plethora of examination, analysis and interpretation. You feel like you don't belong, yet you long to be. If only conversations in your head counted as social interaction with others, you would be the social butterfly that society expects of you.

I have always felt...out of place...it's a very difficult feeling to put into words. Maybe its just me, but I find it difficult to participate in day to day life without questioning why the hell we do the things we do…much of it seems unnatural to me.


Don't fret about not belonging somewhere because we don't. The spirit does not belong in the flesh. We have to endure here for a little while to learn that. Most people never question it, look how far ahead of the game you are.

You are right where you are supposed to be.


originally posted by: mwood
I have always had the feeling I was supposed to be married to Natalie Portman

Yea that's me, it's so accurate it is almost scary.

Anyway welcome to ATS!
You'll fit in here just fine and i see that as a good thing, after all..
There is no great genius without a mixture of madness.

My thought process has led me to the same ''beliefs'', i agree with all of them even though i don't really believe in any of it completely, i'd call it a hunch.

I also recognize that ''light headed'' feeling, i remember when i was young i would think about what it is that makes me.. me, and not something /someone else? What is it that decides which body we are born with? Do these questions even make any sense? And suddenly i'd get all confused but in a good way xD
It probably sounds nonsensical but i enjoyed these kinds of thoughts.. they allowed me to keep my sense of wonder even to this day and they are probably what led me to ATS. 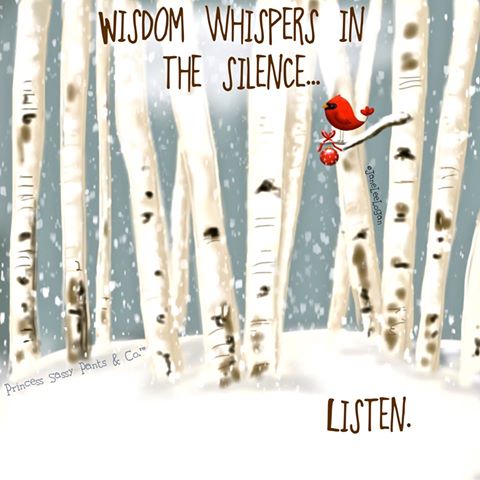