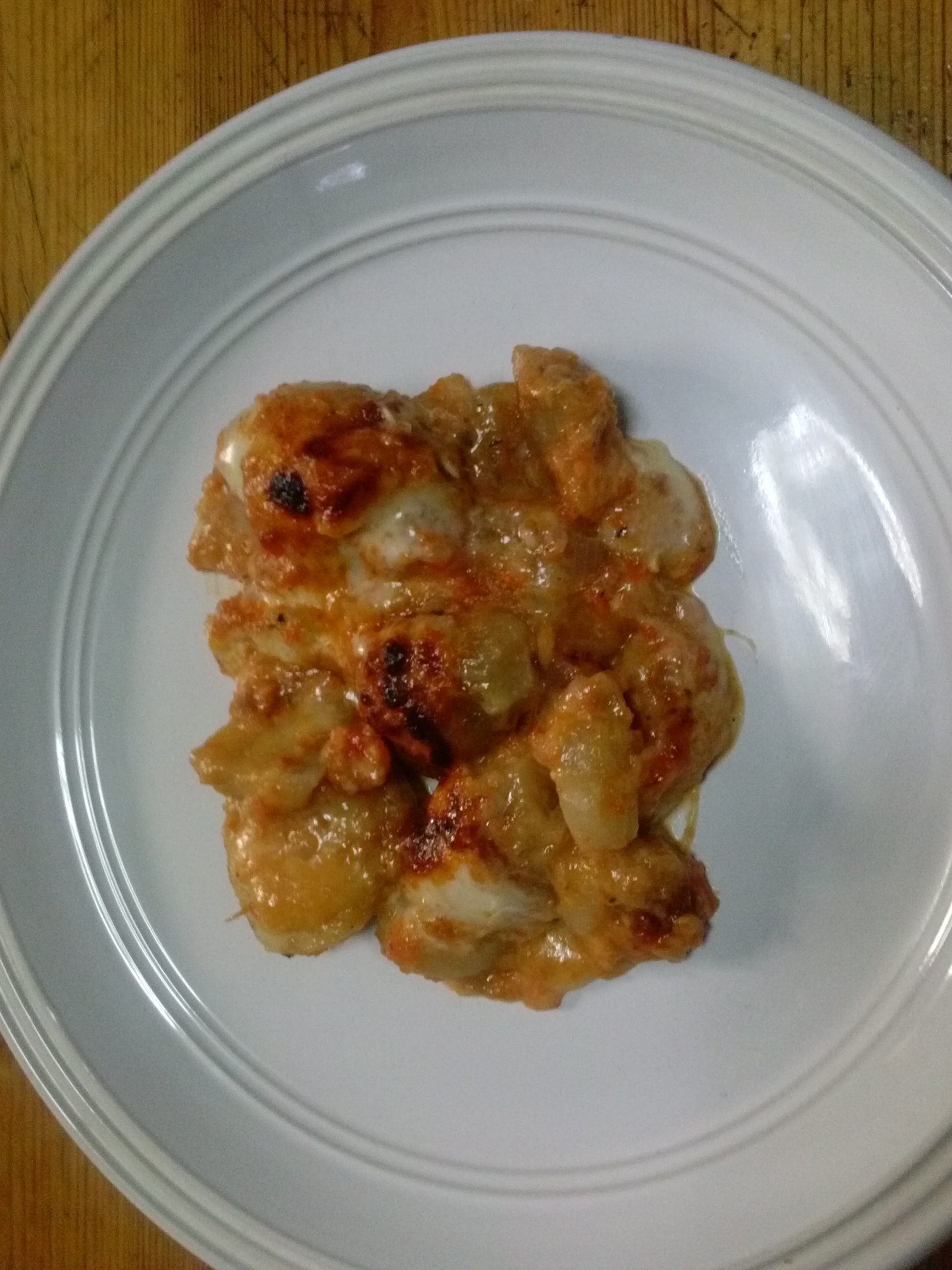 Since many of you probably have no what "Chuño" is, I think we should start with a short description :

Chuño Spanish pronunciation: [ˈtʃuɲo] is a freeze-dried potato product traditionally made by Quechua and Aymara communities of Bolivia and Peru,[1] and is known in various countries of South America, including Argentina, Bolivia, Chile and Peru. It is a five-day process, obtained by exposing a frost-resistant variety of potatoes to the very low night temperatures of the Andean Altiplano, freezing them, and subsequently exposing them to the intense sunlight of the day (this being the traditional process). The word comes from Quechua ch'uñu, meaning 'frozen potato' ('wrinkled' in the dialects of the Junín Region).

Yes, we are taking about an ancient andean food, probably used by the Tiawanaco (Tiwanaku) Culture. I ate it in many preparations and there is something about its texture when you chew it, that I like. It's not tender as a regular potato.

Time ago I did a thread about black Chuño, "Tocosh " Ancient Andean Antibiotic - The Inca's Penicillin. This time I used white Chuño, which is available in many supermarkets here in USA.

Warning : I never mesure ingredients or cooking time, rather go by my senses. Now lets go picture by picture, as I tell you what I did :

1. Put the Chuño in cold water and leave it overnight. 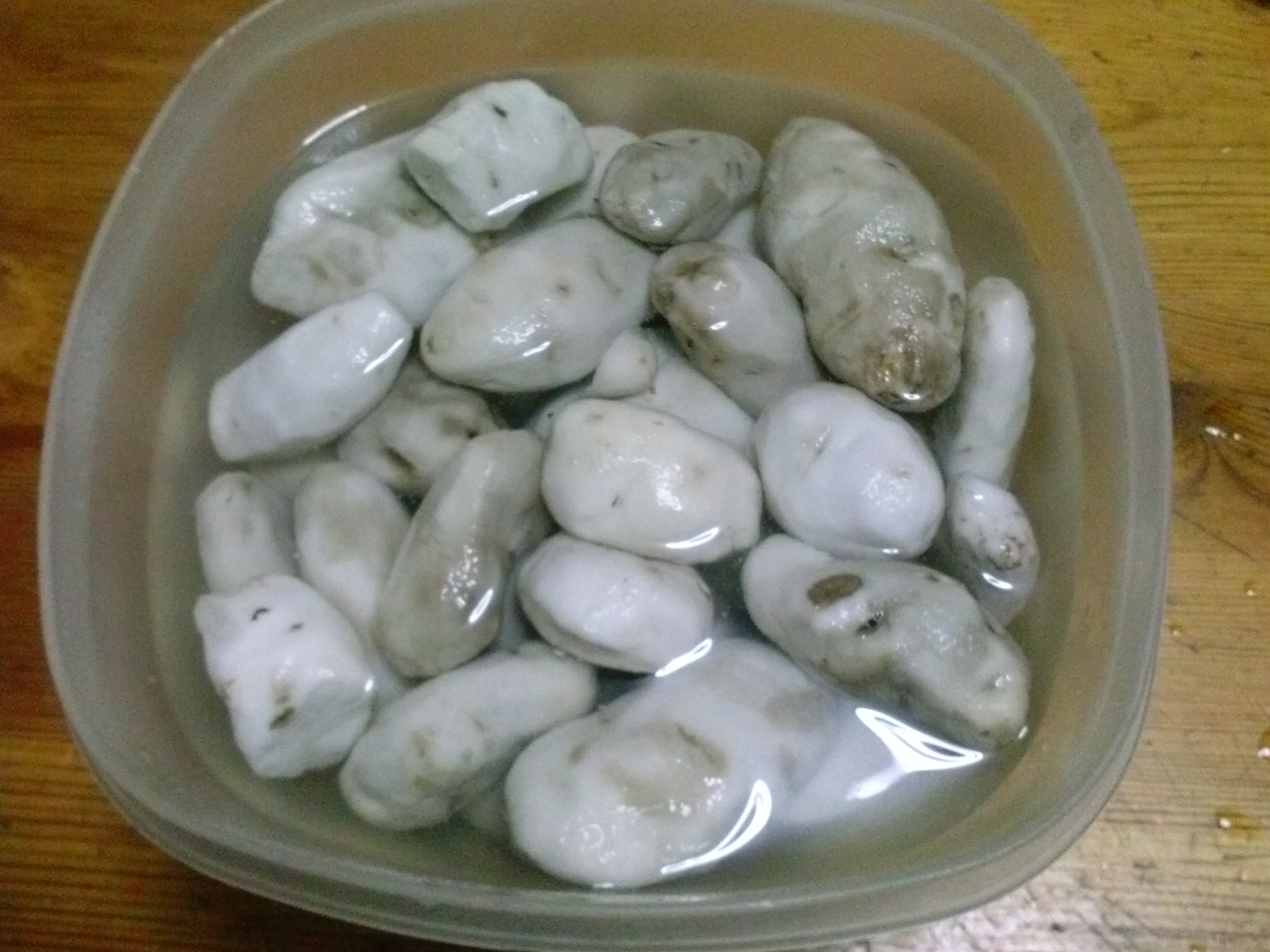 2. Drain the water next morning and boil it in abundant water, prepare aditional boiling water in case you need to add more. Use a fork to punch the Chuño if you want. 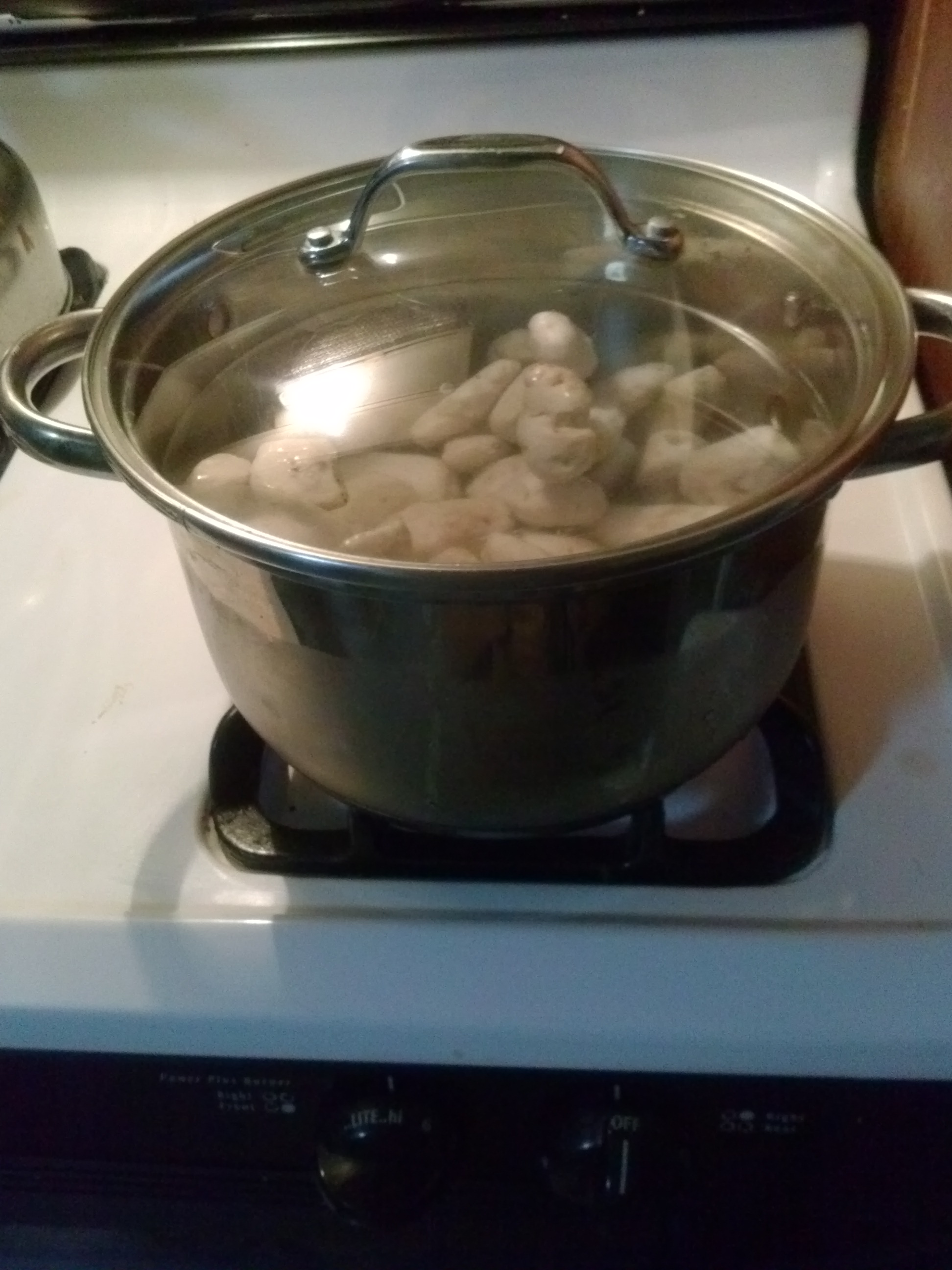 3. Once it's cooked, drain it and cut the pieces in halfs. 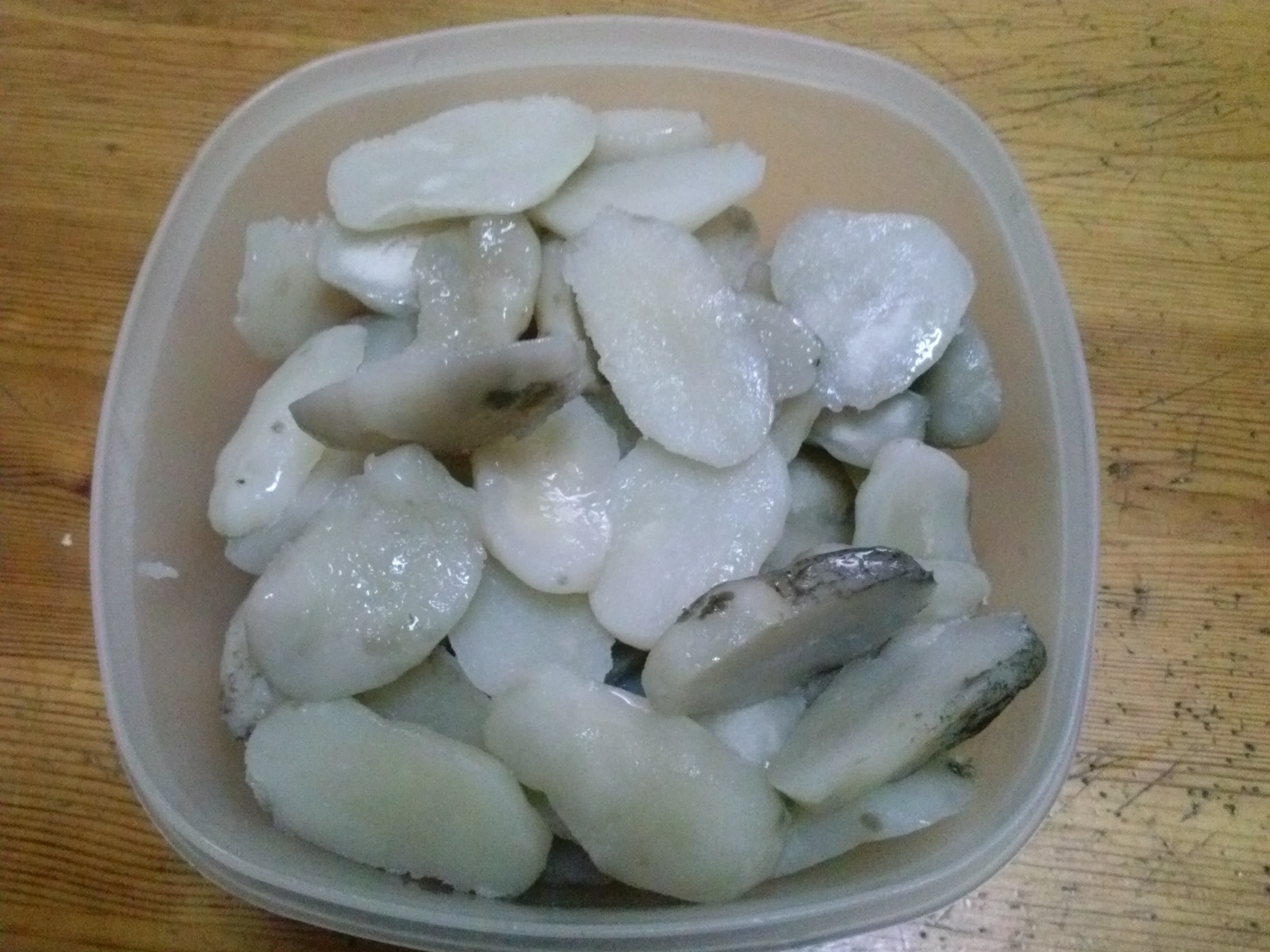 4. Place the pieces in a tray with cooking spray, try not to leave spaces. 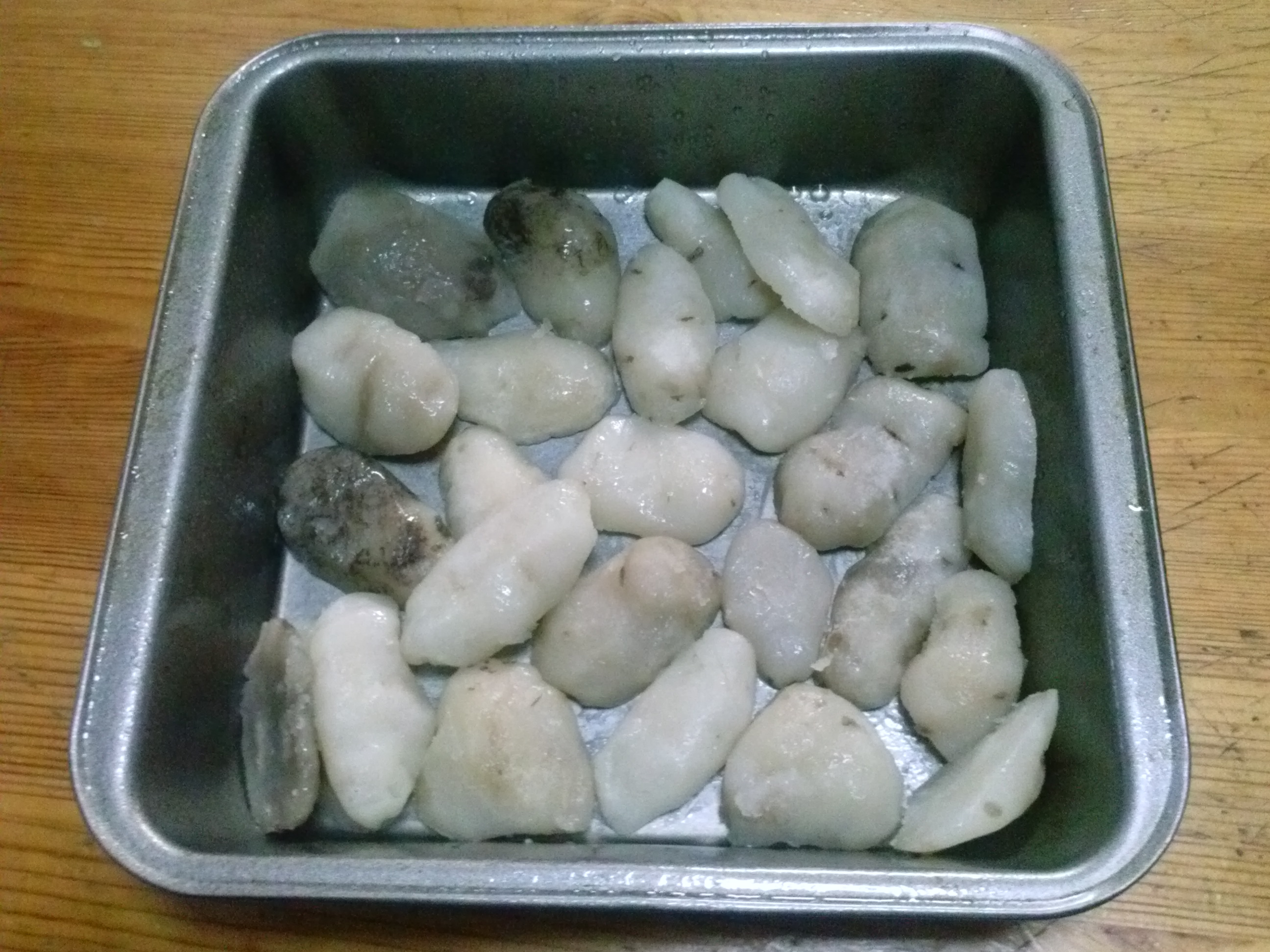 5. Cover with tomato sauce (Notice the garlic, this one is homemade by the way). 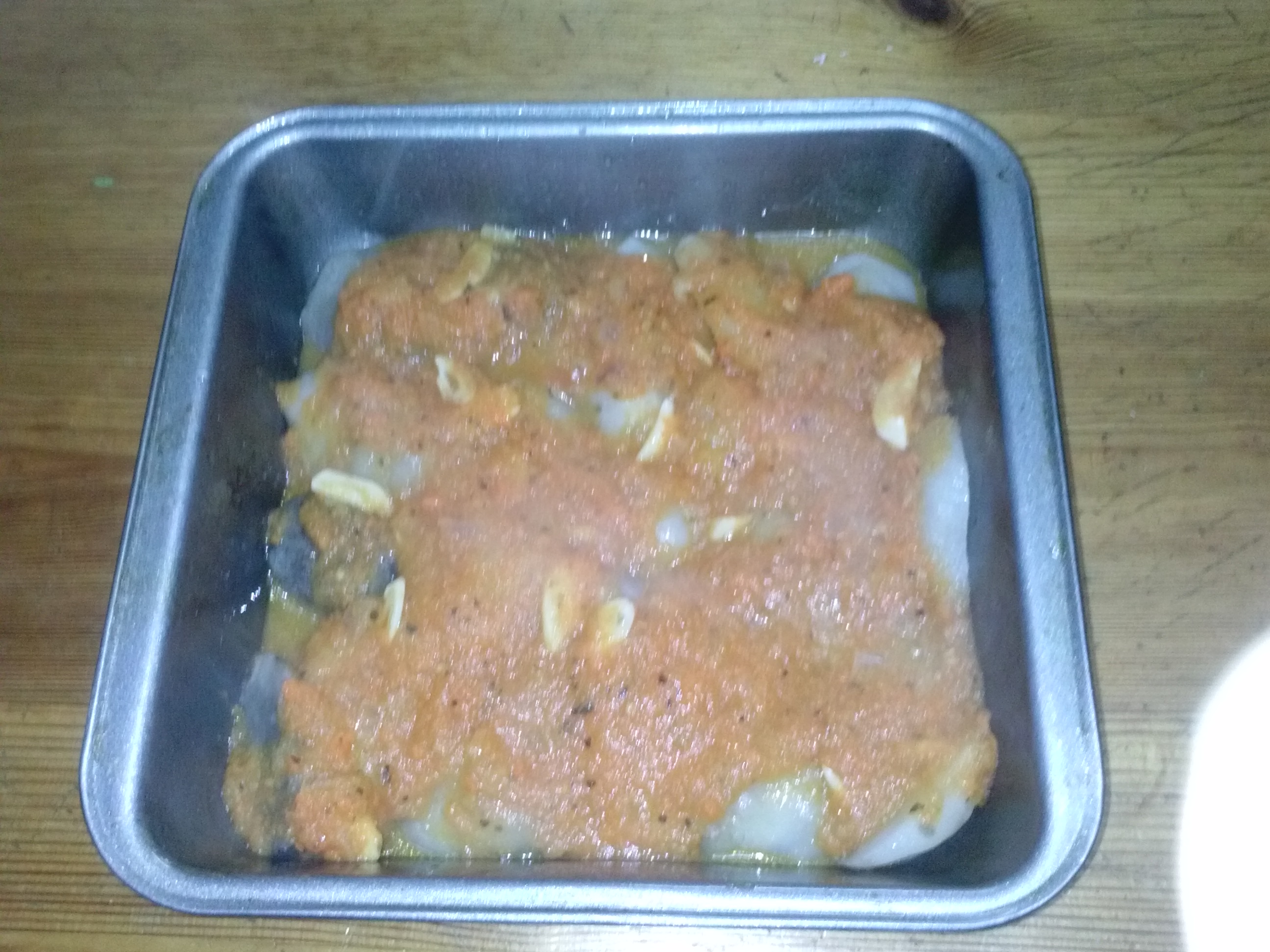 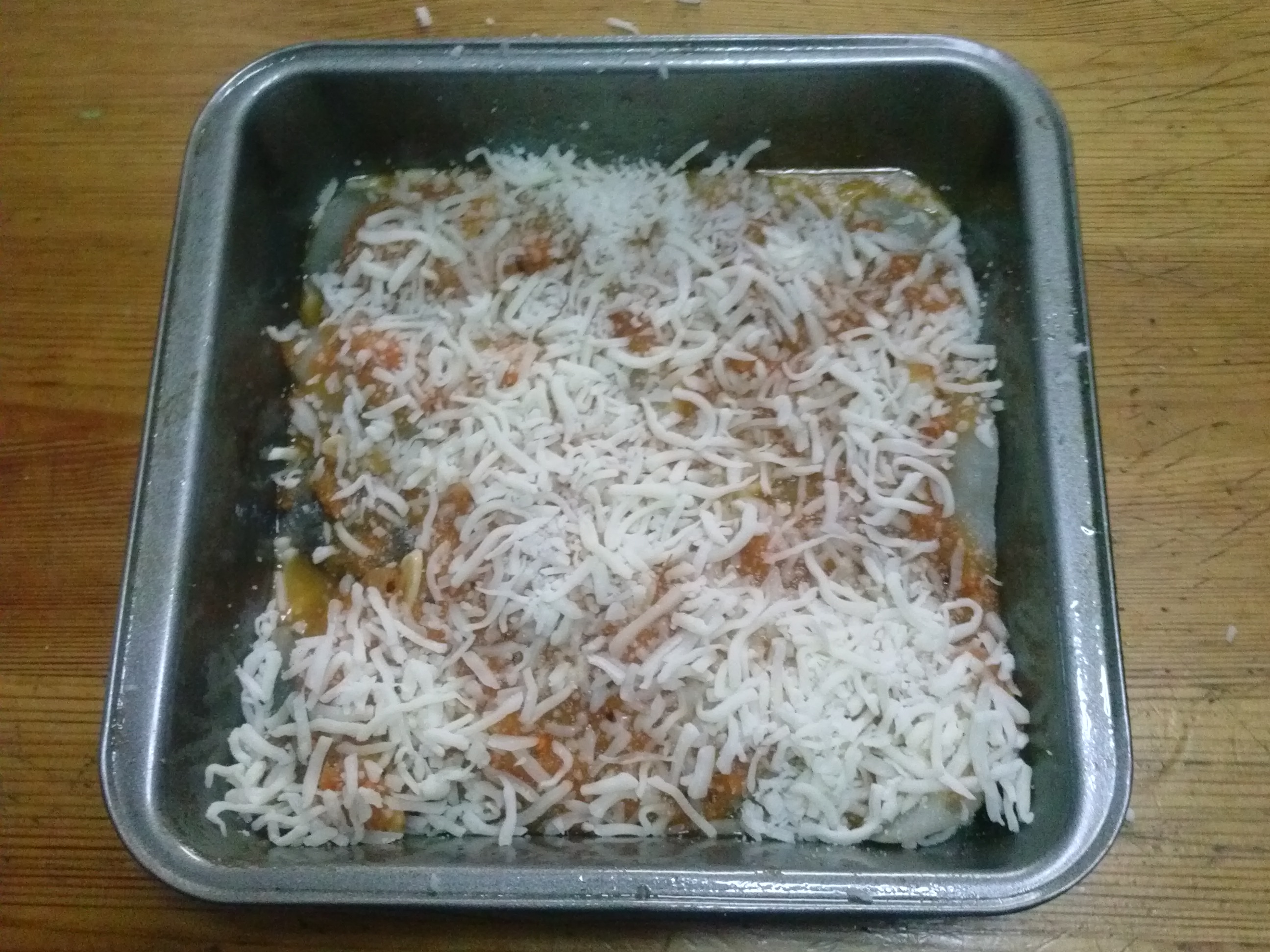 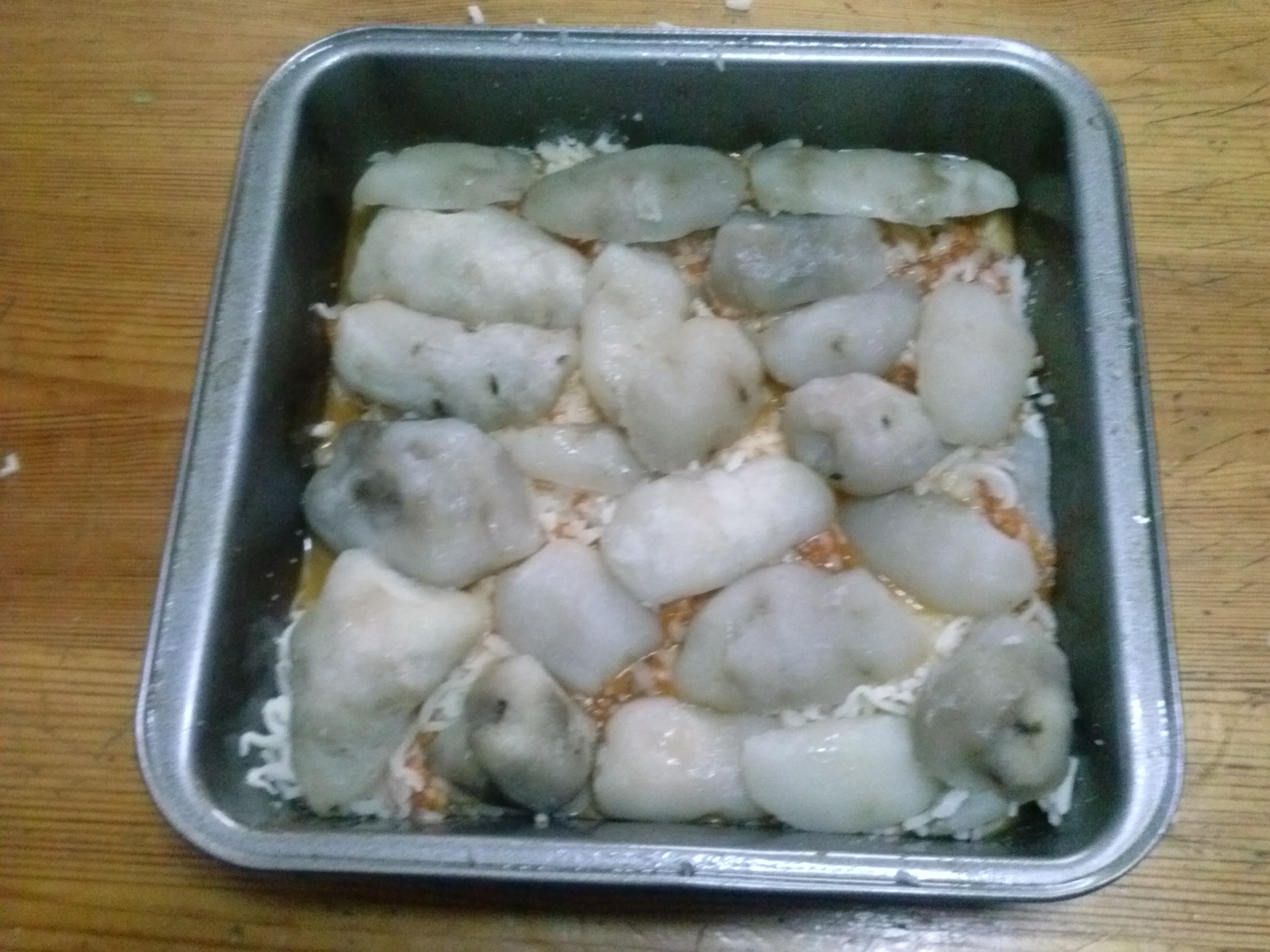 Repeat steps 5 and 6. Then more sauce and cheese. Add some parmesan cheese on top (when parmesan turns golden, it's done). The oven was at 500 degrees, so it was fast (keep an eye). Don't cover the tray with foil. 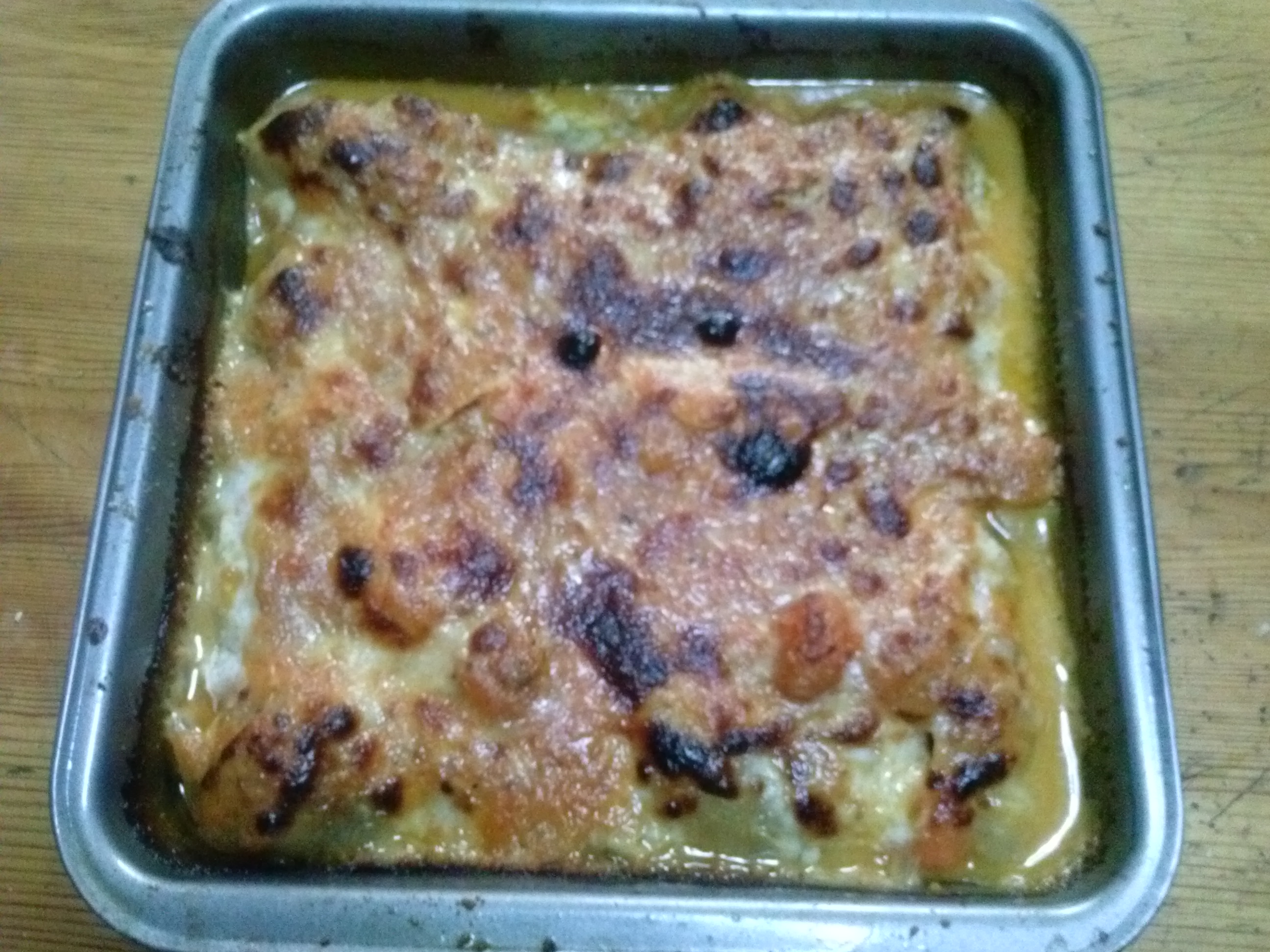 This preparation is 100% vegetarian and could be a side of a nice steak, or you can use meat sauce instead.

And what type of cooking spray?

originally posted by: starwarsisreal
Sounds like an easy and tasty meal. How long does it need to be in the oven though? I don't wanna burn such an awesome meal lol.

And what type of cooking spray?

I mean second layer of all ingredients, starting with the Chuño and then the sauce and cheese. It doesn't need to stay in the oven for too long. The parmesan and the other cheeses on top will turn golden-brown, that's when it is ready.

The cooking spray could be any you have, or you can use a little bit of butter if don't have it.
edit on 7-12-2014 by Trueman because: (no reason given)

What about putting some veggies?

originally posted by: starwarsisreal
a reply to: Trueman

What about putting some veggies?

Hmmmm...I didn't think about that but I guess you can. You are making me hungry again

getting chuno here in small town texas is going to be difficult. never fear, however....we still have the Googles:

So i ordered some. 2, actually.

You had me with the image you open your thread with. I have seen video of the black and white chuno process before, but have tried neither.

I am going to use the other bag to make a more traditional recipe. any suggestions?

I would say use olive oil or butter rather than cooking spray - it's bad news.

Going by the photo of the blue bag in the link you posted, it seems to be the right one. (I wouldn't use canned chuño). Enjoy !

Other way to use chuño is in soup, instead of potatoes. Here is how to make "Caldo Blanco", but you'll need to translate.

recetas.7maravillasgastronomicas.com...
edit on 7-12-2014 by Trueman because: (no reason given)

originally posted by: and14263
a reply to: Trueman

I would say use olive oil or butter rather than cooking spray - it's bad news.