posted on Dec, 6 2014 @ 09:57 AM
link
Was pointed toward this video from a pilot friend of mine. It gives a instrument by instrument description of the cock pit in a SR-71, narrated by SR-71 pilot Richard Graham. 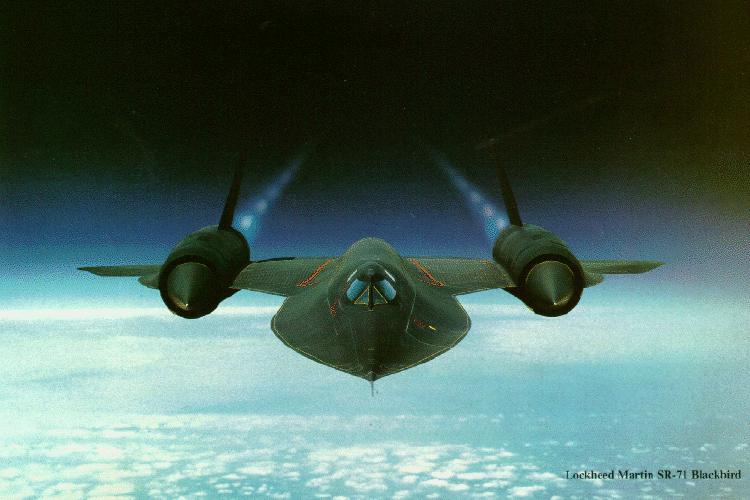 posted on Dec, 7 2014 @ 09:08 AM
link
At the time I tried to find some documents that talks about flying in SR-71. I was flying this plane in Microsoft FSX with Alphasim's SR-71 addon. The Alphasim's pack includes some instructions of how to fly Blackbird. Very nice addon, it's good position for FSX players.

posted on Dec, 7 2014 @ 09:43 AM
link
Even today years after the last one flew this aircraft is a work of art. Of all the images and renderings I've seen of the supposed SR-71 replacements none look as beautiful as a Blackbird, any successor surely would not have the same impact. I`d love to sit in the cockpit of one on display sometimes but I don't think its allowed anywhere.

I have an idea about doing a similar thread about the F-16 cockpit, flight controls and start up sequence.

The FIRST time though...O...M...G I was driving with a friend at the 'top' of the runway going toward Lancaster from Palmdale 90something st east and this HUGE monster plane like nothing we'd ever seen before comes flying overhead and we pulled over to the side of the road. it was RIGHT over our heads.

It was so close we could feel the heat and the displaced air was crazy. So it goes in for a landing touches down and then ZOOM looks like it does a 90% angle straight up and is GONE so freaking fast we just stood there drooling and wondering if we were being invaded lol.

Then like 20 seconds or so later 2 fighter jets come SCREAMING by trying to catch up to that thing and we looked at each other and just laughed. Later I asked a friend of mine that worked at Skunk Works what it might have been and he told me and gave me a book about it and Tshirt with it on there.

This would have been in the early 80s. I also somewhere around here have videos of the SR71, the shuttle on top of the 747, lines of those huge transport planes (I don't know what they were, but like troop/equipment ones) that flew overhead for DAYS at the start of the first Iraq war, the stealth fighters and bombers, those were a hoot too let me tell ya. I still see those actually occasionally. Man I can't even remember all the planes I saw fly out of that place. I loved it.

Zaph when you were going by there at ave N and Sierra Hwy right at the end of the runway where you took your pics, did you see a empty lot where people were parked plane watching? I used to be about a mile straight back from the plant/airport from there. So everything flew right over my house and I loved it lol.

I never really post in the airplane section but I love reading what you guys say so thanks!

Yeah, Blackbird is really a beautiful plane. I've heard rumours that SR-71s were flying after it's retirement. So, it's not necessairly means that the plane ended it's flights in 1998 or 1999. I think that new systems could be tested on these planes after it's official retirement. The same things happen with F-117s, you can see pictures of F-117 flying over the range after 2008(year of Nighthawk's retirement).

I think that there is no manned SR-71 successor at all. 1998 is a year when UAVs were things to built, so maybe there is unmanned plane that doing the Blackbirds duties.

NASA flew two in various configurations until it became too expensive and they retired them.

The next time I spend some time that way I'm gonna spend at least part of the day hanging out there. I have a better camera now.

Yeah it was killer living in the flight path of Skunk Works for over 18 years. I saw SO many incredible planes I never even minded the noise. It just meant I'd grab my Hi8 video camera and run outside lol. Unfortunately the ones that I heard that loud were usually gone before I saw them /sigh

Where would you say is the best viewing spot at Plant 42?

Where I lived in Alabama was under the high speed corridor for Marietta. All the F-22s and even a couple Su-27s tested over us. Got some great private airshows.

So in what year NASA retired their two copies of SR-71? I suspect that the airplanes were based at Edwards.

That does sound cool, I could waste a lot of time playing around with something like that. The best thing Ive seen will be in a video I plan on posting soon, will try to tonight. For some reason the F-16 seems like the easiest aircraft to understand and fly compared to others, damn sure easier than a SR-71 for sure.

Sorry was outside working on the yard before it gets too cold lol. I think I broke my finger too digging a hole! I'm getting too old for that stuff rofl.

Sierra Hwy and Ave N there's an empty lot right at the end of the runway with the big hangar just to the left facing the runway. And you can almost always see people parked there and most of the time a big van kinda thing selling photos and Tshirts and stuff from a guy who pretty much is always there photographing stuff that takes off and lands.

ETA Just realized you said Plant 42 that'd be over an ummm Ave M I think. It is all one facility/airport, just the different contractors or whatever are on different sides of the runway with their own hangars. If you get to where I said above just drive around the whole thing hehe. The whole area is bordered by Ave 90something east and Sierra Hwy and I think Ave M, not sure what borders the 4th side I moved from there in 1999 and even though I still am very close I don't really go by that specific area much anymore.

posted on Jan, 12 2015 @ 11:13 PM
link
Came across a page with some cool pics. Scroll down a bit and check that one out with the M-21 drone on its back, sort of sinister looking. I flipped a coin to decide which SR-71 thread to drop this in. Rare Photos of the SR-71 Blackbird

posted on Feb, 2 2015 @ 08:43 AM
link
Just came across this reading about something else and wanted to post it in one of the SR-71 threads. In one of the comments the person is claiming its fake because the middle F4 isn't smoking LMAO! I also never knew there was a black F4 with the playboy bunny on it, knew about the F-14 though, it might be against T & Cs to share those pics though