Why should the axe be boastful?

posted on Dec, 5 2014 @ 05:03 PM
link
The God of Israel sent the Assyrians against Judah for his own purposes.
That was the message of Isaiah ch.5, as a warning to his people.
But a few chapters later he gives the same warning to the Assyrians themselves.

The prophets of the Old Testament have two kinds of prophecy about invading nations like the Assyrians and the Babylonians.
On the one hand, they warn the people of Israel that the invasions have been sent (or permitted) or will be sent (or permitted) as the instruments of their God’s chastisement.
They should be seen as calls to repentance.
On the other hand, they warn the invaders themselves that the God of Israel will not permit their final triumph, and will fight against them.
The major collections of prophecies, such as Isaiah and Jeremiah, include both approaches.
They can be reconciled.

For these invasions are motivated in two different ways at the same time.
The God of Israel declares that he sends them for his own purposes;
“Ah, Assyria, the rod of my anger, the staff of my fury!
Against a godless nation I send him, and against the people of my wrath I command him.”- Isaiah ch.10 vv5-6.
Yet the invaders themselves obviously know nothing of this.
They are only conscious of acting in their own interests, acquiring plunder and imposing their will upon surrounding nations;
“But he does not so intend, and his mind does not do so think; but it is in his mind to destroy, and to cut off nations not a few”- v7

Since they’re not aware of God’s commission, they don’t accept the restraints of the commission.
They are prone to indulge themselves in violence which goes beyond his intentions.
As Isaiah later complains to the Babylonians;
“I was angry with my people, I profaned my heritage;
I gave them into your hand, you showed them no mercy”- ch47 v6
But even when they are doing God’s work, they take pride in the belief that they are acting in their own power, which they believe to be greater than the power of the God of Israel;
“For he says ‘By the strength of my hand I have done it, and by my wisdom, for I have understanding; I have removed the boundaries of peoples and have plundered their treasures’”- ch10 v13

This self-confidence is what sets the God of Israel against the Assyrians;
“Shall the axe vaunt itself over him who hews with it, or the saw magnify itself against him who wields it?”- v15
Therefore. “when the Lord has finished all his work on Mount Zion and on Jerusalem, he will punish the arrogant boasting of the king of Assyria and his haughty pride”- v12
That is, when he has finished using the Assyrians as an instrument, he will chastise them for imagining themselves to be more than an instrument.

The chastisement of Israel and Judah through the agency of Assyria is a running theme in the early chapters of Isaiah.
This tenth chapter has two purposes.
Firstly, it explains to God’s people why the chastisement is being allowed.
But also, secondly, it gives them the assurance that their enemies will not be allowed a final triumph.

We ought to think about what this might mean for the church, who are God’s people Israel under the New Covenant.
In recent threads I’ve drawn a parallel between the troubles experienced by the Old Testament people of Israel, in the form of hostile neighbours and invasions, and the troubles experienced by the church in the form of persecution.
We know from the prophets that at least some of the invasions of Israel were allowed by God because his people had wandered away from God.
He had withdrawn his protection as a chastisement, as the first step towards regaining their obedience.
I’ve suggested the possibility that persecutions of the church might sometimes have the same root cause, perhaps even including the “great tribulation” described in Revelation.

In which case, this chapter gives us the assurance that the instruments of God’s chastisements don’t get their way, in the long term.
When the axe “vaunts itself”, it is time for the axe to be broken up..
And that is precisely what we see at the end of Revelation, when the power of oppression has been taken away.

In a previous chapter of this book, God’s people were “thrust into darkness”.
Yet the later chapters go on to show how the darkness will be dispelled.
There will be a redemption of the “faithful Zion”.

Makes sense to me SnF


In a previous chapter of this book, God’s people were “thrust into darkness”.
Yet the later chapters go on to show how the darkness will be dispelled.

All part of gods plan? To know one is to see the other...

I see the light.

Therefore shall the Lord, the Lord of hosts, send among his fat ones leanness; and under his glory he shall kindle a burning like the burning of a fire.

And the light of Israel shall be for a fire, and his Holy One for a flame: and it shall burn and devour his thorns and his briers in one day;

And shall consume the glory of his forest, and of his fruitful field, both soul and body: and they shall be as when a standardbearer fainteth.

When a standard bearer fainteth he stands no more... for what ever it was he stood for. And so it shall be for those touched by the flames.

And the rest of the trees of his forest shall be few, that a child may write them.

And it shall come to pass in that day, that the remnant of Israel, and such as are escaped of the house of Jacob, shall no more again stay upon him that smote them; but shall stay upon the LORD, the Holy One of Israel, in truth.

The realisation of the false impediments placed upon us by society through wrong laws and education, and the beliefs we choose to entertain as truth are that which is consumed by the fire.

It seems like there is going to be nothing left as all attachments to what was a material world disintegrate... 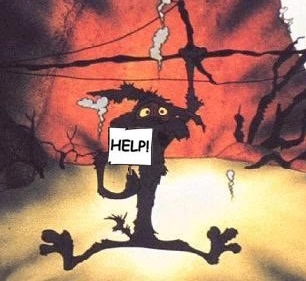 Apocalypse through revelation. All that is left after is the unnamable truth.

The false authorities are revealed, for a higher power has spoken to thee through the flames of truth, the flames may not kindle upon all at once, But all will be Purified through the fire. Everything that is false is left in the ashes. Rise the Phoenix. 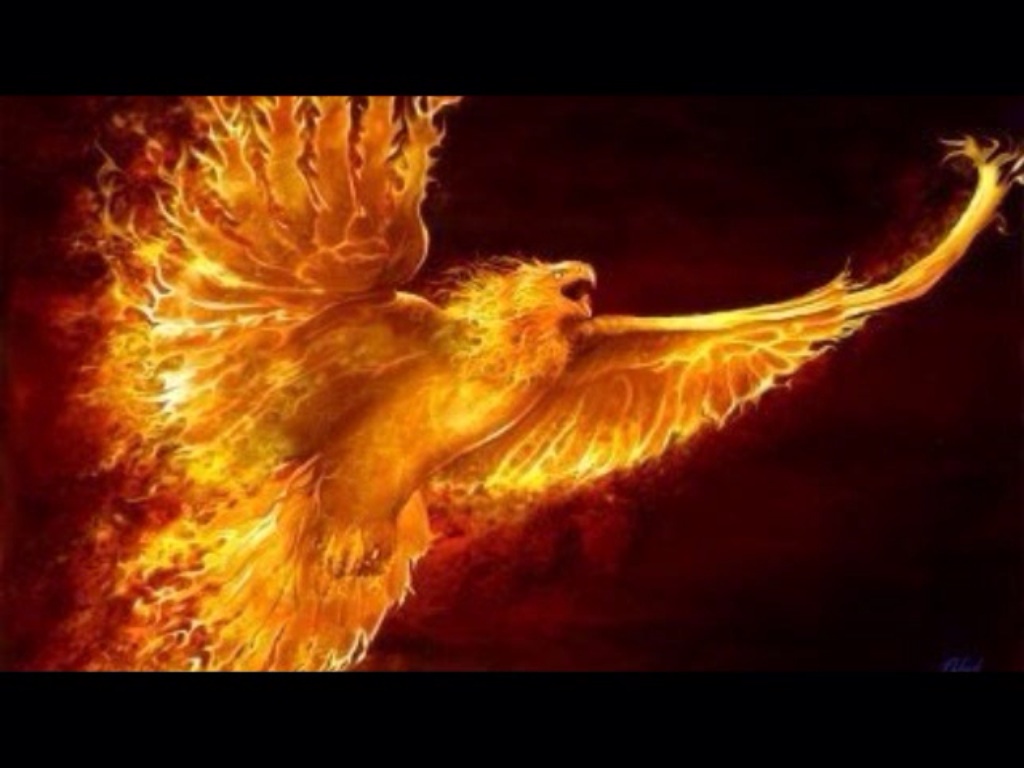 Behold, the Lord, the LORD of hosts, shall lop the bough with terror: and the high ones of stature shall be hewn down, and the haughty shall be humbled.

And he shall cut down the thickets of the forest with iron, and Lebanon shall fall by a mighty one.

And there shall come forth a rod out of the stem of Jesse, and a Branch shall grow out of his roots:

A higher authority than any mundane establishment on earth reveals itself. Covenants are made that the truth shall prevail.

And shall make him of quick understanding in the fear of the LORD: and he shall not judge after the sight of his eyes, neither reprove after the hearing of his ears:

This seems to parallel a chapter of the Bhagavad Gita involving a tree of samsara (illusion) and the axe of detatchment/non attachment.

The Sharp Axe of Detachment

The Tree of Samsara is an illusion, the projection of the Immutable Immeasurable Imperishable Oneness. When Souls are weary of enjoying the experiences provided by transmigration through a myriad of births and deaths, they must learn to discern the Real from the effects of guna-maya and cut down this Tree. The only way to cut this upside-down Tree is with the Axe of Non-attachment (asange-sastrena).

The Sanskrit word asange means that which is opposed to desire, and sastrena is an axe or knife like weapon. Dispassion and renunciation of the signals which transmit the perceptions of the five senses to the brain, become a mighty (drdhena) weapon (sastra) because they detach human consciousness from the world of desire, attachment and aversion, likes and dislikes, pleasure and pain (Gambhirananda).

An eagerness for Knowledge of the Supreme Self makes this Axe strong and the repeated practice of Discriminations between the eternal Real and the temporal unreal, produced by Prakriti’s guna-maya, sharpens the weapon that cuts down our attachment which binds us in the temporal illusory hologram

In this sense the axe must be boastful and the saw must magnify because that tree is damn HUGE. It must be felled to form the bridge across the ravine.

Beyond the tree of samsara is the land from where most who make it there never return.

Transcending the levels of consciousness requires a circumcision from that which anchors us in our lower previous or current state. A cleansing or purification takes place to leave a pure and solid foundation for those whom are reborn after a symbolic death of the old world or perception there-of.

I would revise your learnings.


When pride comes, then comes disgrace, but with the humble is wisdom.

posted on Dec, 6 2014 @ 05:28 PM
link
a reply to: greyer
I don't quite see how that is a revision of what I said. But perhaps you mean that you are making an additional comment on the same lines.
The message you quote from Proverbs has the same lesson as this passage in Isaiah.
In this case, the Assyrians are the ones who have pride and will be disgraced.
If they humbled themselves instead, they would be showing wisdom.
In fact that is exactly what happens in the story of Jonah, when Ninevah repents.

posted on Dec, 7 2014 @ 01:18 PM
link
In understanding God’s reaction to the actions of
the Assyrians, we have to distinguish between their effect and their intention.
The effect of their behaviour was conformable with God’s will (that his people should be chastised), but their intention was not.
Therefore he is not being inconsistent if he accepts the benefit of the effect, while punishing them for their intentions.

The same ambiguity can be found whenever unconscious agents are taken to be acting in fulfilment of God’s plans.
The most prominent example is the case of Judas.
People sometimes ask, “If the action of Judas was a necessary element in God’s plan, why should he be condemned?”
And again the answer would lie in distinguishing between effect and intention.
Nobody was making Judas do what he did.
The effect of his action could be accepted as helping towards the fulfilment of God’s purpose in the crucifixion.
But we have no reason to think that this was his conscious motive, and it is reasonable that he should be judged on the intentions of his actions rather than the effects.

I sometimes use of the analogy of the first night of a new play.
Imagine that people in the audience had been conspiring to disrupt the performance by means of some pre-arranged heckling.
Imagine that the playwright, knowing about these plans in advance, had so contrived his play that the heckling, coming in at the expected time, was incorporated into the drama and played an important part in the resolution of the plot.
Thus the writer would have succeeded in bringing good out of their evil purposes.
Nevertheless, there is no reason why he should not complain against them because of the disruption which they had intended to achieve.

Who requires this trampling of my courts?
Calling in the army of a distant nation