"You can't say 'I can't breathe' if you can't actually breathe"

I heard a great interview this morning with Sanjay Gupta. He said that you can expel breath but not easily take it in if you are in respiratory distress. And when you are communicating that distress you don't communicate it in technical terms like, "I can only breathe 30%" or "I can only breathe 50%". You just fricking say "I can't breathe".

I'm quite damn sure, if he could have, Eric Garner would have said "I 100% can't breathe because a cop is sitting on my back and choking me out while another is pressing my head into the cement."

Seriously, is this what the Justice System has been reduced to? Ridiculous justifications?

Justifications like "Well, if he hadn't resisted arrest, he would still be alive". What? First off - he was not resisting, he was trying to talk to them. but that's a whole other thread... Second, is death the sentence for resisting arrest? Some curbside justice for daring to question the Police State?

Another LEO spokesperson last night said it was "a choice between a neck take down or a night stick". REALLY!? There are no options in-between in 2014 America?

Breathing entails respiration which is IN and OUT.

Anyone can say "I can't breathe" in absolute desperation with an outward breath.

What happens next if they cannot inhale?

Ya! I saw him interviewed last night. He said that "NO ONE has saved more African American lives than the NYPD". Whaaaa!? LOL!

I saw the video, and YEA, he was murdered over a tax on a smoke!

This is a real issue of police brutality that needs addressed. However, most of us know the story of the "Boy who cried Wolf"?

First off, this cannot and will not be able to be proved as a racist attack of a LEO against a citizen! However, it can be proved as a LEO out of control who killed a citizen over a tax law!!!

The failure of those who want to scream racist at every turn need to look in a mirror and wonder why no one wants to hear their pathetic cries anymore.........ie, the boy who cried wolf......

The police have cart blanche when it comes to beating the hell out of citizens regardless of the color of their skin because the government who creates the laws rely on the police to generate revenue!

I 100% agree with your OP. Sure Eric Garner was a big man but he was not throwing fists or trying to physically intimidate the officers, he was clearly outnumbered. Once he was on the ground, and several officers surrounding him there was no reason at all to keep a choke-hold on him. He was not going anywhere and not going to get back up. If he tried to get back up, there was way too many officers in the area to make sure he wasn't going anywhere at all. The arresting officers were clearly acting out of anger and wanted to show their force.

There was a case in Iowa nearly 10 years back that I am going to search for but needs to be seen by everyone especially during times like they are. A man refused to pull over when being flashed by police officers in a rural town in Iowa, he tried to elude the officer for about 5 miles or so, not much traffic in the area or in a neighborhood. When the man finally stops his ca, the police officer gets out, walks up to the driver side and shoots the man in the head. The man's daughter was in the passenger seat. The police officer said he was reaching for a weapon, though there were know weapons in the car, but the police officer said he felt threatened. The police officer had his weapon drawn by the time he exited his vehicle as seen by his dash-cam. How could he have felt threatened? If he felt threatened wouldn't he take cover behind his car and wait for backup instead of walking gun drawn up to the driver? Oh ya, he was not indicted either.

Justification in cases where their brutal tactics are caught yes! They will do whatever they can do to spin things in anyway possible. The fact that the average American who wishes to pull of some type of mental gymnastics to come to the conclusion that LEO's are here to protect and serve us and not their corporate masters is beyond me!

Case and point was durring the Occupy Movement, when JP Morgan donated 4.6 Million dollars to the Nazis known as the NYPD!! Who then proceeded to beat as many peaceful protestors as were in reach!

Then somehow the media was able to convince people that the bankers were not the issue and somehow the "protesters" were hippies or homeless!!

We are simply living in a stage of the fabian approach those in control have been guiding us to, a state where the economic slaves known as you and me are supposed to bow down and take the beatings handed to us while smiling and saying thank you!

Fortunately for us, people are waking up enmass and it is these tragedies that are the catalyst.

Those that believe they can guide chaos are disillusioned in the highest sense of the word and have a big surprise coming, for history shows what happens when oligarchies push to far. The revolution is happening in the minds and hearts of everyone of us, LEO's included!

You're right.
Eric Garner's death was just a practical joke that the big guy took too far.

...seriously. What do you think he was doing? Faking it?
You can argue about this all you like, but the coroner's autopsy report determined that the cause of death was both the chokehold he received, and the fact that his ribs and lungs were crushed by officers on his back while he lay on the ground.

It's not rocket science. If you're being choked, and have people lying on your back, sure, you might be able to take small, sharp breaths (allowing you to say "I can't breathe"), but not enough to actually continue living. This was precisely the problem. Add asthma into the mix, and the cocktail can be lethal. That simple.
edit on 4-12-2014 by Awen24 because: (no reason given)


The whole time he was saying it the cops just frigging watched him die.

I mean, Hell, there are way more violent deaths than that on Law and Order - what's the biggie? /sarcasm

If justice existed, the cop in that video would reap what he's sewn and die saying the words I can't breathe...

posted on Dec, 4 2014 @ 08:45 PM
link
I can't understand why the cop didn't loosen up his choke hold or stop it all together when he heard Eric Garner yelling out he couldn't breath. I mean, anybody with any kind of human compassion wouldn't continue to choke someone who can't breath. There were enough police officers restraining him, so I doubt loosening the choke hold or letting him go altogether would have given Eric enough leverage to break away. It was clearly an over use of force by the NYPD.

"The man who filmed it, Ramsey Orta, was arrested in August a month after the tragedy for allegedly concealing a handgun in a teenage accomplice's waistband outside a New York hotel. He testified that police brought the charges in retaliation to his dissemination of the Eric Garner video, but the grand jury ignored him, indicting him on multiple firearm charges."

That is quite chilling. The next person who witnesses police abuse may think twice before filming.

The article goes on to state: "It is incredibly rare for a grand jury not to return an indictment (according to the Bureau of Justice Statistics, of the 162,000 federal cases US attorneys prosecuted in 2010 grand juries only declined to return an indictment in 11 of them), but the data tells a very different story when it is police officers in the dock."

I would imagine this would be due to the jury being intimidated by the thought of having retaliatory actions brought against them if they indicted the police. Quite a distressing state of affairs. Hard to think who can possibly stand up against these abuses of power.

edit on Fri Dec 5 2014 by DontTreadOnMe because: ex tags added

originally posted by: ZzurvanN
This may be a bit off topic, but the only one indicted in this case was the man who filmed it.

Seems messed up to be sure. Of course the justifications by the apologists will be, "He had a record"...


THAT is it exactly. Thank you!

Ya! I saw him interviewed last night. He said that "NO ONE has saved more African American lives than the NYPD". Whaaaa!? LOL!

How, by "stop and frisk"


Saw the same interview and I quoted the EXACT same line to some friends on IRC because I was in total disbelief. Peter King is always good for saying something delusional and off-putting, he's quite a dbag.

originally posted by: WeRpeons
I can't understand why the cop didn't loosen up his choke hold or stop it all together when he heard Eric Garner yelling out he couldn't breath. I mean, anybody with any kind of human compassion wouldn't continue to choke someone who can't breath. There were enough police officers restraining him, so I doubt loosening the choke hold or letting him go altogether would have given Eric enough leverage to break away. It was clearly an over use of force by the NYPD.

I don't understand why it was applied in the first place....

Your words echo my thought heff!

I can barely describe the disgust/sadness I felt while watching that video. It is abhorent and the fact that the prosecutor/grand jury did not act in anyway shape or form shows what kind of policy is running at the very least the NYPD.

I feel stongly ideed that the cop needs to at the very least be thrown in prison for life, he committed a murder plain and simple. Those officers who stood around and were accomplices should be charged as such!

People need to break their televisions and begin looking around at the world that has been built up around us while everyone has been tranced out!

I tend to think it's more like reckless disregard or negligent homicide. But, regardless, the failure to obtain any indictment does seem to underscore the impunity and abject power of the Police State.

That's certainly a relevant point about the ridiculousness of cops showing up to arrest a man for possibly selling loosies (which by all accounts, it doesn't seem he was even doing) but I don't think that any rational person in this country can deny that many members of law enforcement conduct themselves differently in interactions with minorities (and poor whites for that matter) and that the criminal justice system as a whole is skewed. 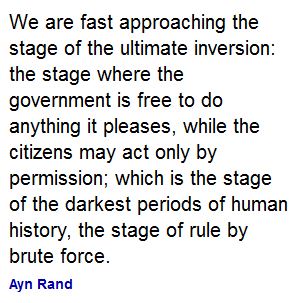 I really can't add anything to that at the moment.