Protesters, Opportunists, and the law of the land. Good Luck America

Well I know many mild mannered, law abiding, professional black men who all have at least one humiliating horror story about interacting with the police that really shouldnt have happened at all, so there is an obvious issue there. But onto these protests... uhhh, well... we either have multiple corrupt grand juries now or a rather large part of the population doesn't agree with the law of the land. Or I guess if I adjust my tinfoil hat a little more, we have both.

There are alot of cases, just like these two, with lots of different races involved. Suspect does not comply with officers orders, then someone gets hurt or killed. In this country we have a right to bare arms, so if I have a gun (whether you know I have the gun or not) and I slap you, and you have a gun, in this country, you can shoot me for slapping you, bc I attacked you, and I could possibly shoot you next.

ALL Americans have the right to use and bare arms if they feel threatened, from priests, to cops, to criminals.

So protesting over these cases is basically a protest against every time a bonafide suspect was killed by a police officer. Its also a protest against anyone being able to properly protect themselves. You cant have it both ways, either police get the same rights to self defense as everyone else or they have a different set of rights altogether. In the meantime, if you do not comply with an officers orders, you can be killed, and no amount of protests are going to change those laws, bc its basically woven into the finer details of the constitution, for all Americans, police included.

I guess my issue, as always, why are Americans protesting these trials? If people want to protest about authoritative inequality for law abiding citizens, then why are these organizers using examples of non-law abiding citizens? It just seems like the real problem is brushed to the side and pushed out of site on purpose. Rodney King getting beat senseless once he was already subdued and that guy that got a broomstick up his ass are the type of cases for these protests.. not these cases.

I personally think its very convenient that the govt has been watching us through the NSA and now bc of these protests, officers will soon all have cameras strapped to them, which is an actual violation of privacy in the constitution. To me its just more excuses for more surveillance. I am sure there are people who protest just to say more peace and equality, but unfortunately it doesn't seem this movement is really geared toward making a change in that direction at all. Too much just doesn't add up, or the education system in this country is really, really, broken for people not to accept these last two grand juries as simply the way our laws have always worked. What I do know is that if this many Americans believe our justice system is broken, especially for cases like these, then this country def. needs help. 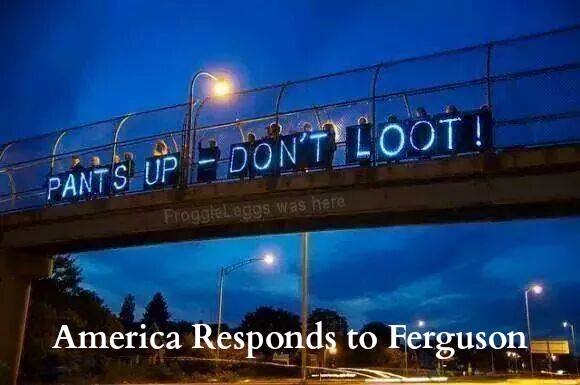 originally posted by: tonycodes
Has there been a single protest in Washington DC in the last couple weeks?

posted on Dec, 4 2014 @ 12:30 AM
link
well kind sir, I believe the Americans have an issue when the police kill people who were of no threat, not making any threats, and were known to be unarmed an not a threat to their life. And If I shoot you because you slapped me, I will go to prison. However, if this happens in a law enforcement scenario, the officer will be free to go.

Here is an instance out of California that is making the rounds.

Alejandro Natividad makes a good point. These officers are not treating these men like humans, the first individual complied and the cameraman frankly IMO did what is right. he called out the officer and used a peaceful incident to civilly disobey. he essentially pulled a Ghandi tactic and is met with threat of lethal force? Even the first officer said after alejandro stated he did nothing wrong "I know I need to figure it out" while pointing a gun at him.

Could you explain why the officer has that right??

What do is a cop supposed to do when a person refuses to comply with orders from an officer? The protestors are making the argument that no one should be arrested against his will.

Like it or not, Garner and Brown both died as a result of resisting arrest.


What do we want a cop to do when someone resists arrest, or even grabs the cop's gun? If you watch the footage of Garner, he is telling the cop that he is not going to be arrested today. As for the video in the post above, is it heroic to refuse to obey the cops? Wouldn't it be cool to have a journalist refuse to get out of the way of a shootout with bank robbers? Maybe the cop who is telling you to get down has a reason.

posted on Dec, 4 2014 @ 03:04 AM
link
Police are not what people think they are supposed to be......
That's one misconception that shocks civilians when they find it out......
The legal system is by and large ARBITRARY rather than focussed on whats right and what the law allows or doesn't allow....
Many laws are simply punished by fines because that is one way of local governments to raise tax monies......
This may or may not be apparent but I believe it is so......
(think speed traps in small towns etc)
the police are become simple enforcers like any mafia shakedown artist they use the threats of the same violence and the club of the law to get compliance.....
Police are the battering ram of society that forces us to do and think as we are ordered......
The structure and scope of the law and the police forces which must administer it needs a rethink....

have a look at a small town's budget sometime. Seriously. Or even a big city. Fines produce like, 3% of most entities' revenue. They make money from taxes, not moving violations.

And keeping someone in jail costs them $250-$2,000 per day. So they are looking to avoid that. And a court-room trial is downright ruinous for local government.

Frankly, i do not think you actually KNOW the law of the land..

You are completely missing the issue. Do not blame the people or Constitution for this as neither excuse it.

originally posted by: tovenar
This is really about resisting arrest.


That right there is a plan I can embrace


originally posted by: tovenar
This is really about resisting arrest.


That is a plan I can embrace

The sad thing is that a lot of people have already lost all faith and respect for cops and would rather take their chances with a criminal then with a cop. So what are we paying for anyway?

Our government from the top down is diseased and killing us, and we are paying them to allow this to happen. I guess we are only reaping what we have sowed.

America was built on lies, and the blood sweat and tears of those that were enslaved and ruled by those that have, while using and controlling those that have less or have not. I guess it is time to pay the piper.