Cryptozoology is without a doubt, a field rife with mystery but the case of the Missing Thunderbird Photo has a particularly mind-bending element as it's not even entirely certain that such a photo ever existed — even though many people remember having seen it!

Here's the brief synopsis for those unfamiliar with this mystery:

As the story goes, in 1886, an Arizona paper by the name of the Tombstone Epitaph published a photograph of large (36 foot wingspan) pterodactyl-like bird nailed to a barn with wings outstretched and men standing on either side of it. Many many people have claimed to remember having seen the photograph reprinted in one of several 60's - 70's era magazines such as Saga, True or Argosy while others are sure they saw it presented by cryptozoologist Ivan T. Sanderson in the 70's on the Canadian TV show, The Pierre Berton Show — yet to this day not a single person has been able to find the photo.

Complicating matters, as the story of the photo has become increasingly popular over the years, many hoax photos have been produced. There's a long running thread (from 2009-present) here on ATS, ATS Hunts For The Missing Thunderbird Picture, that includes every single one of these hoaxed photos that I've ever seen as well as many other non-hoaxed contenders.

Did this photo ever exist? Is this a shared delusion? Are people who remember seeing it arrivals from a parallel universe? Could this be evidence of the manipulation of history by time travelers with a very peculiar agenda? Mere urban folklore? Who knows! Interestingly, this is not the only instance of this sort of thing as there is also a good percentage of people who are positive that popular ursine family of children books, the Berenstain Bears were actually called the Berenstein Bears — and I'm one of them! (More about that here)

Now the eminent cryptozoologist, Dr. Karl Shuker has inserted a new wrinkle in a post on his blog (via Obscuragator):

Interestingly, one photograph that could certainly have inspired people to believe that they had seen the genuine thunderbird photo is one of a large marabou stork held with its beak open and its massive wings outstretched by some native men, reproduced at the beginning of this present ShukerNature post and again below. Tellingly, it appeared in a number of popular books worldwide during the early 1970s, including none other than the Guinness Book of Records, which at that time was second only to the Bible as the world's bestselling book, so was certainly seen by a vast number of people around the globe.

Could this photo be the original inspiration for the phenomena? 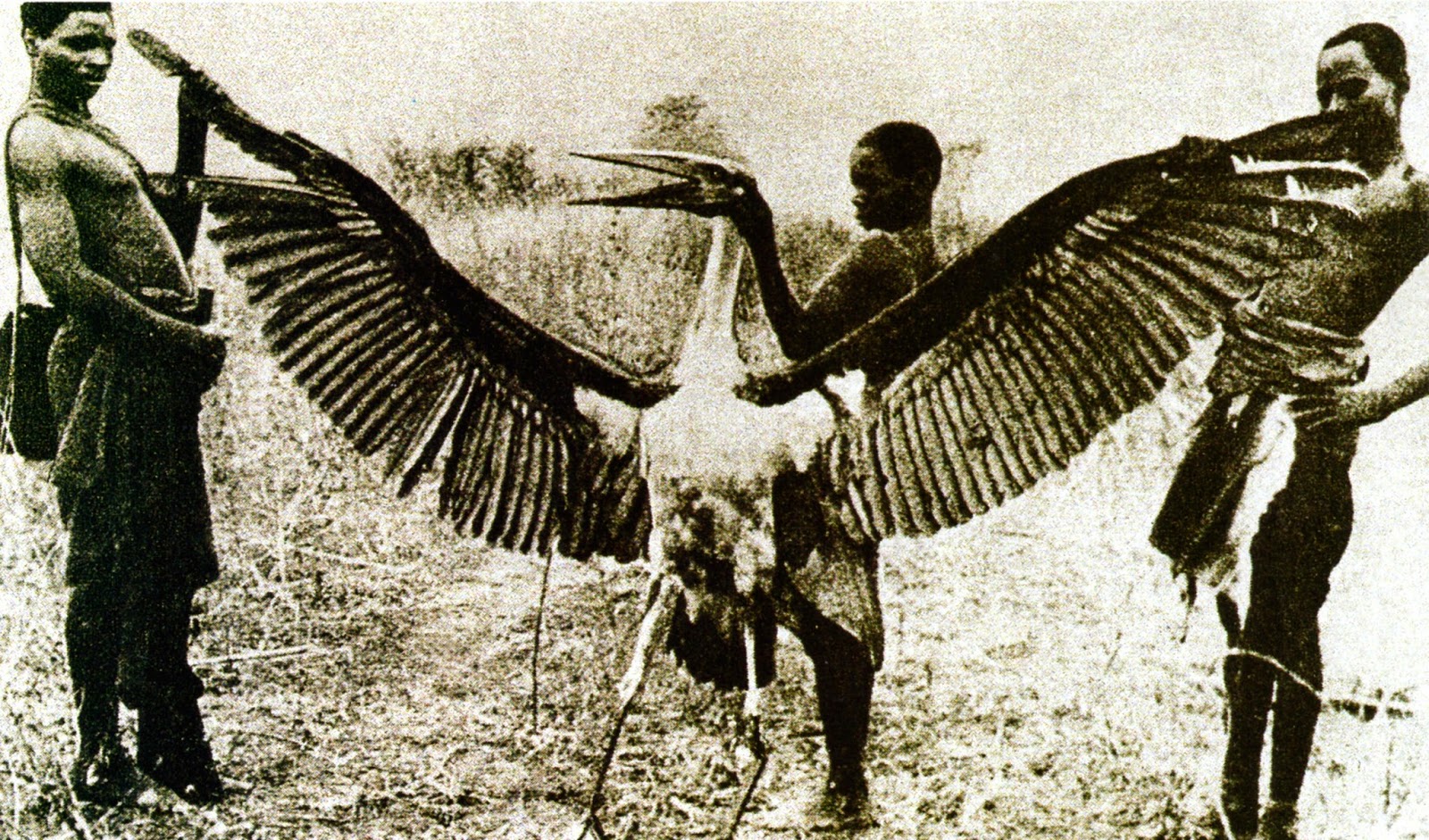 The blog post and the original ATS thread (if you have copious amounts of time on your hands) are well worth reading (skimming, whatever!). In my own opinion, I don't think this photo is it (if there is an it) but I'm not old enough to have seen (or not seen) the original (if it even existed) so who knows!
edit on 2014-12-3 by theantediluvian because: (no reason given) 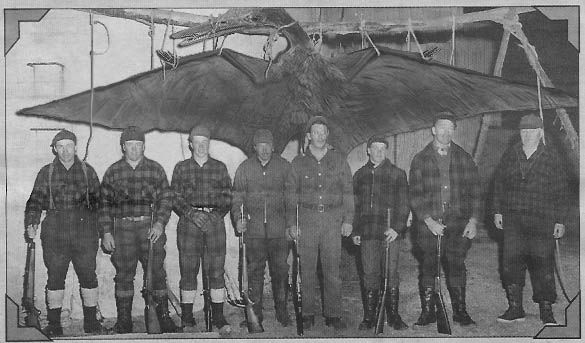 Do you mean this picture? 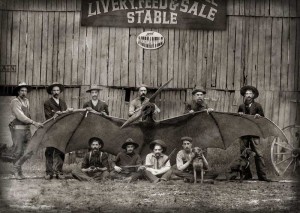 I purchased a book for the sole reason it showed a Thunderbird photo, gave a full $1.50 for it. Here it is, "Mysteries of the Unexplained" Readers Digest. Its in here somewhere but I do not know the page number. Oddly though Ive been flipping pages looking for the account but its nowhere to be found in this book and I know that's why I bought the thing in the first place. I`ll come back if I can find it or the story on the web somewhere.

ETA: I remember the gentlemen in the picture were wearing top hats and long coats and the bird had feathers so I don't think it was the same pic as the two above.
edit on 3-12-2014 by StratosFear because: (no reason given)

Ive seen at least 6-7 different photos. One with the military....turn of the last century.

posted on Dec, 3 2014 @ 02:56 PM
link
The confusion continues? I remember hearing about these things on Monsterquest (back in. the day). I'm aware that there are multiples birds actually

Nope. That one is a known hoax. From Karl Shuker's blog post:

Everyone can disagree at will...but it was BERNSTEIN.

I was in the 99th percentile in reading comprehention/retention at the time by the ISTEP test....parents and teachers alike were awed by my skills.

Do you mean this picture?

Unfortunately another known (and more recent) hoax. Here are a few other known hoax photos: 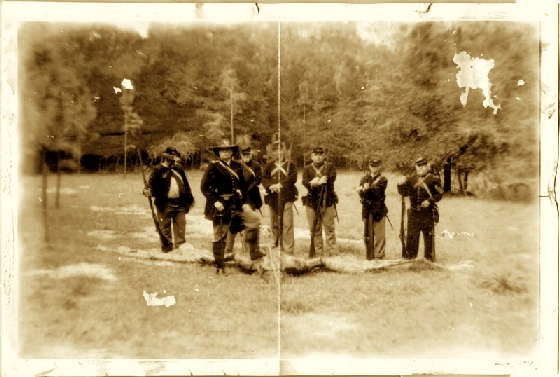 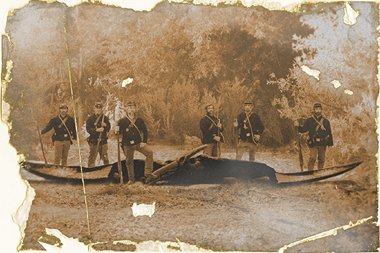 Everyone can disagree at will...but it was BERNSTEIN.

I was in the 99th percentile in reading comprehention/retention at the time by the ISTEP test....parents and teachers alike were awed by my skills.


I agree! Berenstain? What the hell kinda name is that!

I think both threads beg for something that hasn't been posted on the net? The old photos are great and there are too many not to pay attention to the option of a thunderbird existence.

posted on Dec, 3 2014 @ 05:04 PM
link
Hi
First post, so please be kind.
Thought I would dig a little regarding the original newspaper article, and found that the tombstone epitaph was only printed between 1880 and 1882. So it must have been a different paper.
Source library of congress website chroniclingamerica.loc.gov...

Would still be great if it was true though!

I also remember the books as "The Berenstein Bears."

That's actually a great find but if you read the history summation on that page you'll see that it actually just changed names (a couple of times):

posted on Dec, 3 2014 @ 07:51 PM
link
Interestingly, this is possibly another of those time-slip incidents. Where we Earth people have gone through a time slip and the things which we remember are gone forever into another timeline.

There is a good thread (probably more than one) which documents the reporting of people who have died...only to find out they are still alive years later. For me, it was Billy Graham because my father was religious and a follower of his, however, there are many incidents which could be explained away if this time-slip thing was true.

I believe that we travel between timelines all of our life according to our "energy field frequency" and they are as individual as we are. However, there are certain lines which work on a cultural or global scale and so you get many people remembering and reporting the same thing, yet are unable to find documented evidence that what they remember is true. If the physical objects travel with the timeline then this could indeed happen and the evidence is back in the original time and not with us here now. This is why so many people ask us to focus on the way we want the world to be and NOT on the negative patterns which we will get if we focus on those. The theory would be enhanced by the religious belief in the power of prayer and the non-religious and occult belief that what you focus on, expands, and energy is directed by intention and will.

One of Richard Bach's books was all about different timelines like this. I cannot remember which one now as I read it years ago, but it explained quite well how it works according to him anyway.

This timeline shift would explain things appearing out of nowhere like apports and things disappearing from where we knew we placed them. These items just exists or dont exist any more in the current timeline.

Quite a few at this site: The Mandela Affect

Don't limit your search simply to the thunderbird photo for the oldest stories speak of multiple pictures...some foreigh and some military...
dinos


Since we are speaking of the old tales, does anyone else recall the many stories of mysterious mists or fog that made people disappear?

Or the flying jellyfish?
edit on 3-12-2014 by Thorneblood because: (no reason given)

Anyway, it brought to mind this old story but now id like to add a new twist......


Illustrated London News carried an article about a "pterodactyl" that workmen discovered while laboring in a tunnel for a railway line, between Saint-Dizier and Nancy, France. The large creature (some readers assumed a pterosaur) was said to have stumbled out from the limestone, fluttered its wings, made a croaking noise, and dropped dead. I have not myself seen this article, but if my information is correct the story is in the February 9, 1856 issue, page 166.

This specifically is the story told in Mysteries of the Unexplained, mentioned in the larger Thunderbird photo hunt thread..no picture provided. Which sucks, until you remember the body.....

A fourth species of Ctenochasma was first described (but not named) by Philippe Taquet in 1972.[7] A single specimen, consisting of a partial skull with complete brain case, was found in France and housed in the collections of the Saint-Dizier Museum. Detailed comparison to other Ctenochasma specimens in 2004 confirmed that it was a new species.[1] In honor of Taquet's work on the specimen, Christopher Bennett named the species C. taqueti in 2007.

So, is that a coincidence or what?

Since we are speaking of the old tales, does anyone else recall the many stories of mysterious mists or fog that made people disappear?

Or the flying jellyfish?

I know of one or two stories about fog disappearances, and I'm fairly familiar with the skybeasts theory. Regarding the first, look up the "Lost Battalion" of the Royal Norfolk Regiment, some sources say that they vanished into a "low-hanging cloud" and were never seen again.

originally posted by: Answer
I remember seeing the photo and it's not any of the ones posted so far.

I also remember the books as "The Berenstein Bears."