posted on Dec, 3 2014 @ 01:36 PM
link
To bad the turbine jet engine powered saucer shapes didn't amount to much. Project Silverbug I think was the name for the USAF program, not sure if any other branches worked on saucer shaped craft.

That idea the US Army had to put a recoilless AT gun on one side and a .50 Cal on the other was sort of cool for the time, I have an old illustration floating around a notebook of the "saucer-tanks" from years ago. Its a shame those pictures of the two USAF craft turned out to be fake, those would have been awesome to see on the ground and in the air if they could fly.

Yeah it would be interesting to see them flying around. I'm not a big fan of saucers though.

Which brings me to a question. If flying saucers don't exist, why did we try to make them?

If we were trying to mirror technology we gained from Roswell, we should have a bad ass fleet of weather balloons right now.

posted on Dec, 3 2014 @ 02:04 PM
link
It seems some of this craft data is related to Haunebu Vrill/German craft. Perhaps Operation Paperclip helped the process... 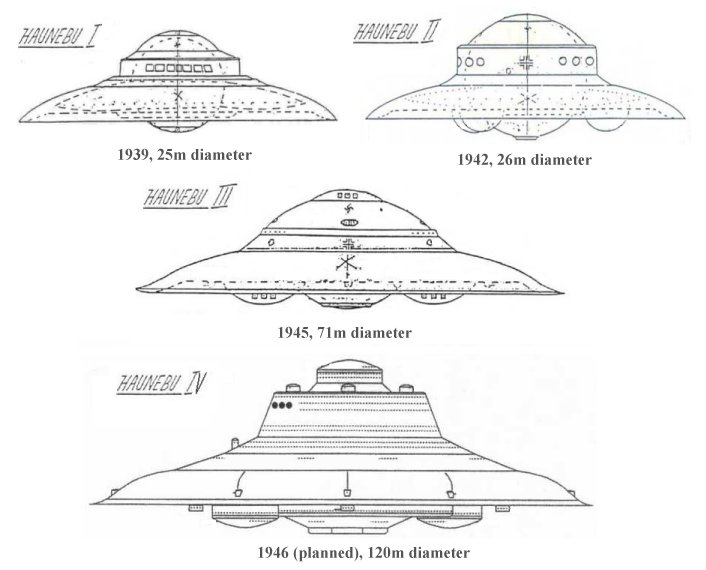 In theory a saucer is more aerodynamic and efficient.

posted on Dec, 3 2014 @ 02:09 PM
link
only if excluded from aerodynamic forces by magnetics or a gravity lens.

There's less drag on a disc. Its flatter to begin with, and doesn't have bits like wings and engines hanging into the airflow.

I just love how the story opens with:


Tighten the strap on your tinfoil hat

Ok, whose the editor there at Extreme Tech? You got the "tin foil hat" but where are the rest of the derisive statements like "conspiracy nuts" or "little green men". You folks are slipping.

I wonder if they'll get the sarcasm.

I prefer plates myself, saucers are not big enough and I like to eat. Im a delta shape and flying wing guy personally, more sleeker designs. To bad the reporters had to make the Kenneth Arnold UFO sighting out to be actual circular saucers and not the actual shape described.

I`ve been told more than once that the model kit Testors did for the Roswell crash was an accurate depiction of the craft. The term flying saucers was never about their appearance but how they flew. Throughout the years that has been distorted to literally mean a flying saucer reinforced by the countless times the Avrocar has been brought up by whatever TV show repeating the same thing they've been saying for years like its something new.

Ever since I first saw the YB series wings I've been in love with that design. It's just so pretty and functional.

it's a great read - but not really earth shattering in it's technology or implications.

posted on Dec, 3 2014 @ 03:14 PM
link
That looks like what has been called 'Silverbug' and whatever gubbings there were the US took everything over from AVRO, so the story goes. But I'm not getting into a debate about the bloody thing.
One thing though, I always thought of the McMinnville, the Trent picture as a genuine picture..not romanticism on my part BTW, just I thought a genuine picture. I didn't even care much where it came from when I first saw the picture many many years ago, but even then or around similar time frames the old 'flying flapjacks' were well known and often the subject of cinema newsreel, Gaumont or Movietone, as was the Avrocar. You have to remember in those days, and in a fairly small time frame space travel, and to the Moon was the thing, and was the one thing many people said couldn't be done, I think even Sir Bernard Lovell was a bit sceptical at some stage. Things changed very quickly after a time, but all the novel technology on the screens was a spectacle then.
edit on 3-12-2014 by smurfy because: Text.

originally posted by: Ophiuchus 13
It seems some of this craft data is related to Haunebu Vrill/German craft. Perhaps Operation Paperclip helped the process...

The Koanda effect was in the AVRO portfolio.

The rumor is there will be a declassification soon. That one is a pretty aircraft too.
edit on 12/3/2014 by Zaphod58 because: (no reason given)