Think you can hide in that building? Think again, micro drones will find you!

posted on Dec, 2 2014 @ 05:41 PM
link
The U.S. Army's Natick Soldier Research Center has come up with a program known as CP-ISR or Cargo Pocket Intelligence, Surveillance and Reconnaissance program. Their effort is to develop, build and field a pocket sized drone that can be carried by the individual soldier and that can fly into those buildings and around those walls to see what lurks there to do bodily harm to the soldiers.
Currently there are several defense R&D firms working toward this goal but Prox Dynamics' PD-100 Black Hornet is the one closest to being a fieldable reality:


The palm sized Prox Dynamics' PD-100 Black Hornet only weighs in at 16 grams. With a flight time of nearly a half an hour, it can venture out both vertically and horizontally, into villages and buildings, to provide real time intelligence via streaming video from any of its three cameras. Because of its quiet electronic motors and small size, the little spy drone is almost completely undetectable. 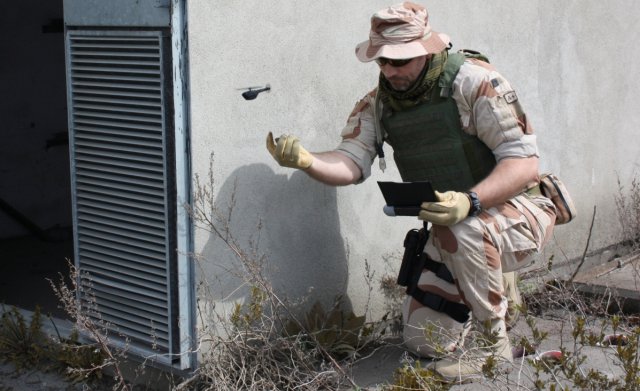 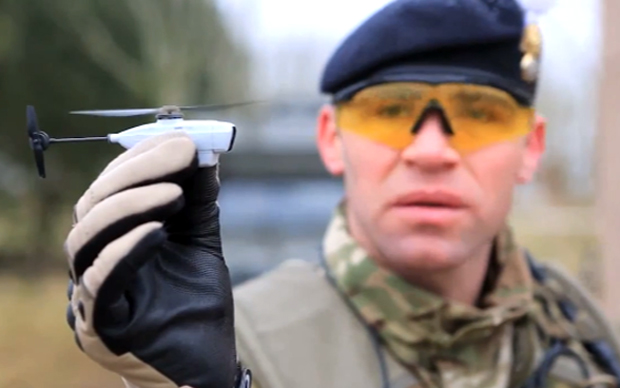 We knew it was only a matter of time till this type of tech was a reality on the battle field. I know hobbyists have been dabbling into mini helo's before but I think the leap from hobby to war fighter is in the miniaturization of quality optics and batteries that last a usable amount of time.
I can see eventually these things given lethal abilities, which will make the battle field even that much more scary for anyone coming up against a unit that possesses this tech.

posted on Dec, 2 2014 @ 06:01 PM
link
suicide drones, pack that little bugger with some explosives and crash it into a bad guys head BOOM!

posted on Dec, 2 2014 @ 06:12 PM
link
Pretty damned cool. Anything that keeps our soldiers a little safer. That little drone is like something right out of a video game.

I often wonder what it would be like if they got a bunch of hardcore gamers in a room at the pentagon and just asked them what they demand from a first person shooter. really rack their brains and then go out and build the designs and gadgets. Everybody in that room would win. The gamers would be national hero's under a cool as NDA. The soldiers would get life saving tools and gadgets, even better thought out aps for their electronic gear and communication gear. Whatever general or colonel who thought up the idea gets a awesome fit rep. And some poor assistants get a workout from jotting down so many notes. And the firms who actually build the stuff get some great contracts.


On the other hand those things are pretty neat.

originally posted by: Psychonautics
I have a close family member who works at the Natick Labs.


Hmm, you didn't just say classified R&D you said "seriously classified R&D" that leads me to believe that this close relative has shared some classified info with you. Don't hold out on us give us some dirt.

Check out some of the gear from Call of Duty - Advanced Warfare and I think you will get an idea of the type of gear they are already under way in developing.

posted on Dec, 2 2014 @ 07:15 PM
link
So the transformer movie age of extinction is right..in that movie they use this drone to locate otobots..cool

posted on Dec, 2 2014 @ 07:28 PM
link
Technology is reaching a crux where if access to these things doesn't get restricted and closely monitored then mangy savages might get ahold of it and cause terrible disasters. This right here is child's play compared to what greater things are held in secret black budget projects.


originally posted by: Psychonautics
I have a close family member who works at the Natick Labs.

Hmm, you didn't just say classified R&D you said "seriously classified R&D" that leads me to believe that this close relative has shared some classified info with you. Don't hold out on us give us some dirt.

Unfortunately, he does as he is told, and does not spill the beans on things. He also is not in any position to have information on anything of top secret status.

He has told me of old radiation tests on spiders, which now infest the lesser used parts of the base, and they are mutant sized!

Also have been told of a deprivation chamber in the basement of an old building, where they actually had a soldier being tested for light/sound deprivation! Crazy.

You know I just haven't given that game much thought. I heard it's pretty good but I was put off by the last few COD games. Right now I'm doing Farcry 4 which is fantastic. But I'll check it out. I watched the trailer for advanced warfare and the drones were cool. The exo suits were cool but then I see guys falling out of 15 story buildings and landing in cars and I'm like eeeeeehh maybe not. I dunno. whats the verdict ATS, worth playing?


Oh and Cheesy - good seeing you in the threads again! I might be going to Garut to train some Cimande/ Cikalong/Sera in late may. Any advice you might have about travelling to the Bandung region would be great.

Yeah, I've never played any of them. I'm not really a video game guy. I happiest in the garage building something.
I saw the trailer for the game and thought they've got something there.

the quadcopter is tiny. it comes with a camera which sends video to the controller.

Check out the video.

for now it seems some reinforced mosquito netting will obfuscate this little guy
but it'll only be a matter of time 'til these things are equipped with little buzzsaws or something...
& bluetooth..


iirc, kathy o'brian (or one of those other highly credible whistleblowers, hehe) spoke of being terrorized w/ dinner-plate sized spiders by delgado or someone..?
edit on 2-12-2014 by UNIT76 because: (bring on the spider-goats)

Been on the must have spy and intel list for a very long time..
edit on 2-12-2014 by Blackfinger because: Wrong link

posted on Dec, 2 2014 @ 10:28 PM
link
Too bad while he's looking down at the screen playing with that toy helicopter, he gets hit from the back! Not very good war tactics...