posted on Dec, 2 2014 @ 03:15 PM
link
It has been reported and recent photos show that the Iranian Air Force is now conducting anti-ISIS airstrikes inside Iraqi airspace. U.S. officials state that they are aware of the airstrikes and for now are just "keeping an eye on them"
This would be an interesting development in the region and needless to say would be unprecedented if the Iranian and US military were making any kind of coordinated effort against ISIS.
Time will tell if this will prove to be a bad thing for the region or a good thing for easing of regional tensions and between the US and Iran or just deepening ethnic tension between the Shiite and Sunni.
Either way as an aviation buff it will be cool to see the venerable F-4's (albeit Iranian) in action against a common foe. 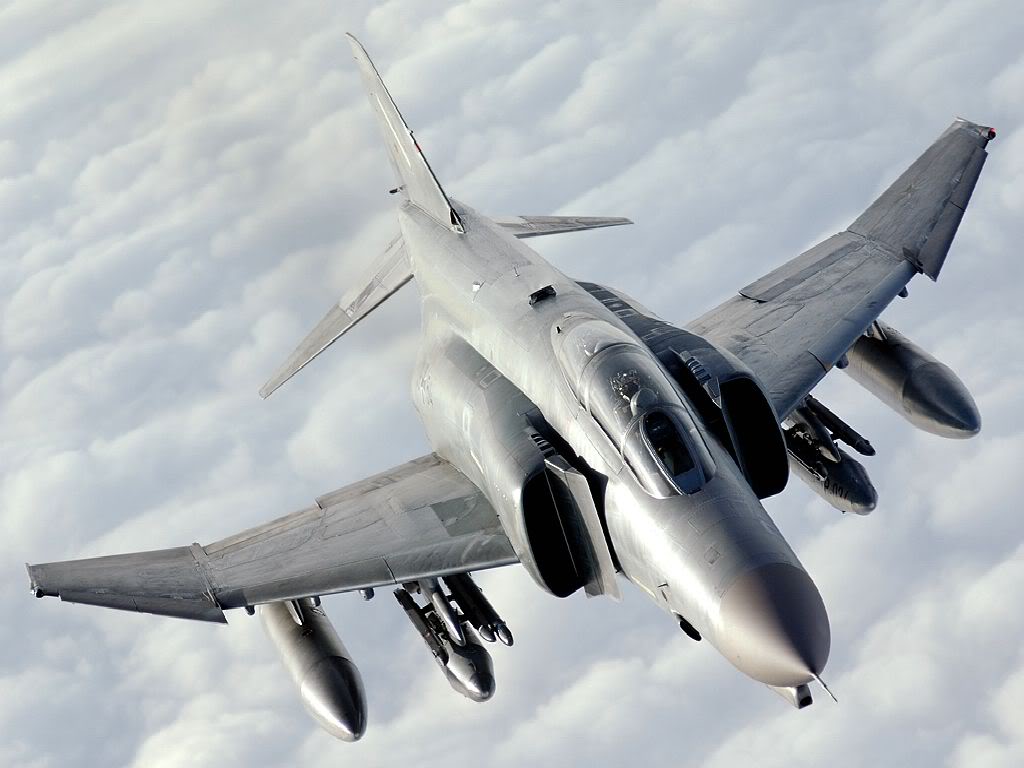 I think it makes sense too. The more help we can get, the less we have to "handle", and the more money we don't have to spend there.
edit on 2-12-2014 by Sammamishman because: (no reason given)

posted on Dec, 3 2014 @ 02:14 AM
link
Political points for Iran, and some limited practical value. They essentially get to rub our noses in it. The optics of trying to get them to stop are pretty bad considering we've labeled ISIS public enemy #1. Basically the same problem we presented Assad. We're violating your sovereignty. Deal with it. Iran knows we're no more in a hurry to start a war with them than Syria is with us. Especially since the casus belli would essentially be attacking "the enemy". Embarrassing, but hardly worth starting a shooting war over.

Gift horses and mouths, or something. We're best to ignore it.

Turkey:
- has nuclear weapons
- demanded conditions about Syria to cooperate with the US
- sending foreign fighters to help ISIS

Lets not even mention the USA bff saudi arabia......

Verdict: key and trusted US ally....

All of these allies are just friendships of convenience, all a facade... im not sure who's on the receiving end though. Well, other than us unwashed masses from all countries.

By this report the Iran AF had coordination with US AWAC's and involved more than just a few F-4's. Good opportunity to see just what IRAN's CAS capabilities really are.
edit on 5-12-2014 by Sammamishman because: (no reason given)

Was also a quote in the media a year or so ago from a senior Saudi stating they head helped fund the Pakistani nuclear program, with the understanding that if Iran went on the warpath Pakistan would give Saudi access to their nukes upon request.

Where did you get the idea Turkey has nukes? (The rest I agree with, though.)

I'd guess the omission of action against the Saudis was to appease the European crowd who was and is still addicted to Saudi oil. Also, the fact that a good percentile of the house of Saud supports the U.S. (and the 'good life' more that Islam).

posted on Dec, 8 2014 @ 09:49 PM
link
a reply to: nwtrucker
NATO has a "nuclear sharing program" across Europe, and Turkey is a participant. While they dont technically "own" them, they have them.
Nuclear Sharing
This article actually says that the NPT may not apply to them because they signed their nuclear agreement with the US before the NPT existed!!

posted on Dec, 8 2014 @ 10:43 PM
link
The US and Iran have a work around so they do not have to officialy coordiante with each other. The rule is all airstrikes are coordinated through the Iraqi's.

As for the Turks and nuke and the sharing agreement, the nukes remain in US custody, only the US has the codes to arm them. If a war breaks out and NATO agrees to the use of nulclear weapons the US would then arm them and place them on either host nation or US aircraft. Turkey has no control over these weapons and can not use them unless the US agrees.

I assume Canada isn't currently involved in that program.

I do know there was a time Canada had Nukes on their soil. I believe it was a trade-off for the Avro-aero technology.

The U.S. received it and in exchange Canada received F-104's (CF) and Bomarc (not sure of the spelling) nukes, I believe gravity weapons that were deliverable by those same CF-104s. ( Hence no guns on those 104s).

They were already gone when I did this tour and that was circa 1966. FYI

Canada did back in the day as well. Same thing. Under U.S. control and guards..

posted on Dec, 9 2014 @ 04:31 AM
link
a reply to: nwtrucker
No, Canada got rid of ours some time ago, as you said. Who knows if they keep it up in secret, I wouldnt doubt it under Harper. Funny enough one of my old friends was a uranium advocate, and he made a lot of money from it.


a reply to: MrSpad
I imagined that cooperation by proxy was the case, except that there are a lot of sources coming out claiming the US is not hitting meaningful targets.

Turkey does have US nukes on site, and theoretically they do have a system of approval to go through. But did you see that recent documentary or even the Colbert Report mockery of the aging US nuclear system? Its so run down and poorly guarded. I cant imagine its much better elsewhere...