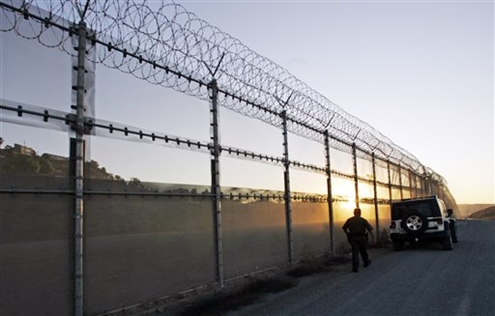 Awakening early this morning, the instant pounding and pulling I felt in my head informed me that I had slept with my neck in an awkward position. Thanks to the headache, I had to restructure my morning activities. Normally I would immediately shower, grab some tea, relax for awhile and then prepare breakfast.

After all of that I would begin doing chores and playing on the Internet intermittantly.

Today, however, I grabbed a Pop Tart ( to put something solid in my stomach ), grabbed a glass of tea, eagerly swallowed two Excedrin Migraine pills, and came to the computer to sit and wait for the medication to begin to relieve the pounding in my skull.

As a means of passing the time, waiting for this to happen, I started reading the news. My usual venue for news is raw AP feeds. But, once in awhile I will type in MSN or Yahoo and see what the fluff stories are. Since deep thought and headaches are not good bedfellows, I went for fluff.

One of the circulating top stories on Yahoo was about an ISIS / ISIL threat to Americans. In the summary I saw the words "scrub your social media" in the summary and immediately clicked. Sure enough, this article says that the FBI and DHS have advised all stateside military ( and presumably anyone else ) to scrub anything and everything that terrorists might see as inflamatory to them or their cause from their social media accounts.

Here is the page so all can see

My mind went through the thought again and again. We're being told to stop offending terrorists. The reason we're being told this is that the terrorists might show up at our front door and kill us on US soil. We are being told, quite nonchalantly to unburdon ourselves of that risky and dangerous thing called Freedom of Speech because some terrorists, who don't ascribe to the right, might come along and kill us where we stand.

See... NOW the whole things hits me as very personal. Not good.

Furthermore, as I am sitting in a rage/shock state of mind - I see that the page also includes a picture of a Tweet from Good Morning America ( the source of the above story ) noting that 59 years ago, today, Rosa Parks refused to give up her seat on a bus to a white person and sparked the Civil rights Movement.

We are being instructed to practice cowardice - and to add insult to that we are shown an example of extreme courage???

I don't know about the rest of you, ATS. But I live in a neighborhood where ISIS/ISIL wouldn't make it two blocks after firing shots before they found themselves pinned down by automatic weapons fire. Normally that's a hassle in day to day life. But sometimes it comes in handy.

I am NOT going to "scrub" my social media posts to make sure that no terrorists might find offense.

I am NOT going to abandon my First Amendment Rights because George Stephanopoulos shows a huge grin while suggesting I do so.

What hidden message or intent comes with a call to cowardice that sits beside a figure of courage???

What say you ATS? What sort of mind frack are these folks trying to pull???

Kind of similar thinking. Brilliant post by the way.

I wonder if we are also allowed to say things about other religions here in ATS such as what you have just stated?

Care to prove facts about your statement?

And this : "go eff you your beloved demon/prophet and the camel you married/ rode in on."

And by the way... NO I am not Muslim or any other type of religious believer... but respect and try to understand the honest, peace loving believers throughout the world... no matter what their religion be...

edit on 2/12/14 by Rodinus because: Phrase changed

I wonder if we are also allowed to say things about other religions here in ATS such as what you have just stated?

Care to prove facts about your statement?

And by the way... NO I am not Muslim or any other type of religious believer... but respect and try to understand the honest, peace loving believers throughout the world... no matter what their religion be...

Didnt really mean any of it. Except the part about women being treated like fellow humans.

posted on Dec, 2 2014 @ 05:06 AM
link
a reply to: Hefficide
Thank you for posting this. I wish I could give you applause. You nailed it. The contrast between Rosa Parks and the 'land of the brave' slogan of today is staggering. Articles like that make it clear that extremists are winning, even from the other side of the planet. Abject stupidity all around.

Anyhoo, I've never had an account on any social media site, so I could care less what 'they' say I should do with it. Frankly, I think most people only have Facebook and such in the first place because they were told to, in some way, shape, or form (yes, I know there are exceptions), so if they choose to 'scrub' it now, after being told to, well, good for them. We'll know who the mindless amongst us are.

posted on Dec, 2 2014 @ 05:47 AM
link
a reply to: HefficideIt might have been a good thought to do from a political point of view. However, Americans are most likely the most vocal people on this planet. If we think there is something wrong we are going to speak about. Social media allows us to do that. So scrubbing are social media accounts will not happen, with the general population. However, I am sure the military personal will have to be a bit more careful since they work on a little different set of rules.

When you talk about and let "terrorism" rule your life, you are letting the "terrorists" win.

...and boy is the terrorism winning for a lot of you.

posted on Dec, 2 2014 @ 06:04 AM
link
You sure the our gov't doesn't just want all those people pointing out the links between ISIS and them scrubbed??

It does seem to be a more popular topic of late.

posted on Dec, 2 2014 @ 06:20 AM
link
I don't believe these are new guidelines for those in the military and their families. This has been around in one form or another, even before social media was this big and widespread, and the reasoning is much the same as them not being allowed to be in uniform in certain places or countries...it's cautionary, it's to protect the people protecting us and their families, and frankly, I believe, it's wise.

ETA: It also helps the military keep covert missions and operations covert. The same way we can trace the activities of terrorists via social media, they can trace ours. To me, this falls more in the bounds of common sense than stifling any freedoms.
edit on 12/2/2014 by ~Lucidity because: (no reason given)

In my Op I errantly referred to the DoD - as I was half awake. In rechecking I have caught the mistake I made. Part of my outrage was that it is the FBI and DHS issuing the warning - using the recent shootings in Canada as a precedent.

I've edited to correct my mistake. Morning and I are not on good terms. LOL

I stand by my outrage, however. Freedom of speech and expression are the cornerstones of everything we, as Americans believe in. When we are politely asked or it is suggested that we curtail our right to exercise the above, any and all Americans should become outraged. Especially when the excuse is safety or placation of an external threat.

Imagine if Americans were told, during previous wars not to say anything bad about Hitler, or Hussein, or Mussolini...

I'm having the same kind of morning. Ha.

And actually, I don't think they're trying to stop us from saying bad things about the terrorists. I think they're trying make sure that in doing so we don't inadvertently give anything away, and military personnel and their families 1.) know more about deployments and activities and 2.) could be in greater danger if someone decides to target them.

It's kind of like the old WWII saying and posters, loose lips sink ships? And think how much easier it is to connect dots in the world of unfettered social media.
edit on 12/2/2014 by ~Lucidity because: fixing king/kind typo

posted on Dec, 2 2014 @ 06:39 AM
link
A pop tart for breakfast? well you keep eating non-nutritional garbage
like that and the terrorists will win by default..

And no I wont abide to that suggestion

posted on Dec, 2 2014 @ 06:40 AM
link
Oooooh! More booga booga from the terrorist enablers and financiers! Be afraid people, be very afraid or the bogeymen gonna get you!

Seriously, I can't believe that anyone pays attention to these baseless scaremongering pieces of made up "news".

Why don't they ever post the URL's of those "Jihadist" websites they always tell us about, so we can all go on over and flood them with comments? Oh, that's right, the websites don't really exist, or are setups by the FBI and SITE Intelligence.

To be honest, I couldn't care less if some Jihadist goat molester knows who I am or not. They are welcome to pop along for a chat and a kicking, if they of course existed.

originally posted by: Lil Drummerboy
A pop tart for breakfast? well you keep eating non-nutritional garbage
like that and the terrorists will win by default..

And no I wont abide to that suggestion


GERD... Have to have something in my stomach before any meds. Pop Tarts are a choice of last resort / emergency measure.

And I agree. I actually posted to my own FB account a rant that would never pass ATS T&C's as a means of full self-expression.