McMass Project Launched To Save Christianity In America

Paul Di Lucca has a million-dollar idea to save Christianity: open a Mickey D's in a church. Would you like that blood of Christ in BBQ or ranch?
A budding young entrepreneur believes he can stop the rising tide of Christians abandoning the church by offering fries with that.

Paul Di Lucca has turned to Indiegogo to help fund the purchase of a McDonald’s franchise that he one day hopes to open inside a house of worship. Christened the McMass Project, the proposition will cost around $1 million by Di Lucca’s estimates. But what the 28-year-old visionary lacks in capital, he is already making up for in marketing know-how.

The fledgling campaign has a catchy slogan, “It’s time to pray different,” a slick promotional video and a hashtag for social media, #Feast4Jesus. Di Lucca’s also cooked up a clothing line of branded baseball hats and t-shirts featuring the McMass logo, a crucifix dangling above golden arches reimagined as flying buttresses in a cathedral.


www.vocativ.com...
klik here^ for more including a vid.

Look here I am hardly a religious person and I know the Church that I attended when I was a kid had food in the basement provided by good church going folks like my Mom call it a Sunday after Mass potluck, perhaps the only thing I enjoyed at Mass but having Mickey Ds?? representing how is this any different than going to the movies.
edit on 1-12-2014 by Spider879 because: (no reason given)

This one has a Subway sandwich shop inside... peninsulaclarion.com...

Amongst other things. How they explain it makes it seem a little more acceptable and less crazy.

But mostly the energetic pastor is happy to accomplish his goal of giving young people in his battered community someplace to work or better, someplace to learn to work.

Since opening in September, the fast-food franchise has placed consistently among the top performers in the 80-store region, at one point sending an embarrassed Pridgen begging for bread at other Subways to get through a crazy rush.

''It's turned into a bigger operation than we ever imagined,'' he said. ''In weeks.''

The church started a work-skills program for young people two years ago but it fizzled without jobs for its graduates. That's when the church, which is housed inside a former supermarket and attracts about 2,000 people each week, opened its own businesses: a small bookstore, silkscreen company and cleaning company that contracts with an adjacent charter school.

I watched a special on this one. He does this to teach people how to work, or how to re enter the workforce, etc. He doesn't expect them to be employed there forever and tells them he doesn't want them there for more than a year. He wants it to be a hand up and not a hand out and I think that helps folks more than anything.

Now whether that is an objective with the above church or not??? Time will tell.

Thanks for the link it seems useful in that case,but how do they get out of paying taxes or do they?? if this is a Church enterprise and there is a real possibility for some sorta mega Church/Fast food abuse don't you think?
edit on 1-12-2014 by Spider879 because: (no reason given)

I am religious myself, and agree that they should have to and I'm hoping that they do because yes... There would be huge potential for abuse.

I personally think sesame seeds would taste good on the eucharist.

posted on Dec, 1 2014 @ 07:11 AM
link
Wasn't Mary Magdelene a prostitute? They could open a church in Vegas with a brothel. That would draw believers. One stop sin and forgive.

Cool. One more reason never to step foot in a McDonald's again.

Obesity and god together at last. Well I guess when the food kills you, you truly WILL be closer to god. I wonder if they'll have a special. Order the super fat burger and get a special last rites free of charge. Call it the "Knocking on Heaven's Door" special.

posted on Dec, 1 2014 @ 07:16 AM
link
The appropriate place for preaching is the streets anyway.
yup to bars and brothels.


This is not at all what it looks like. Pastors that do this are full of it.

I'd have to disagree. No one likes street preachers, except maybe the people that share the same religion as the preacher. Everyone else just finds them to be a nuisance.

Exactly. Look what happened to him.


What happened to him was a few levels up from contempt for street preachers. He went right into the Temple.

Wow, you really hate McDonald's.
You don't believe all those lies about the food, do you? It's no different than anywhere else.
Supersize Me was debunked.

So because Supersize Me was debunked, that means that McDonald's is healthy for you? I understand that McDonald's food isn't as bad as Supersize Me made it out to be, but you are fooling yourself if you don't think you won't get fat and become unhealthy from eating it.

By the way, it's called a joke. Maybe you are unfamiliar with them; but generally when you tell them, you embellish a bit of the details to get a laugh out of people.
edit on 1-12-2014 by Krazysh0t because: (no reason given)

posted on Dec, 1 2014 @ 09:05 AM
link
I think every church should have a "meetup.com" entry. It's a way of announcing meetings and other social events through mobile devices.

posted on Dec, 1 2014 @ 09:13 AM
link
they should have just opened a coffee shop/small resturant and avoided the franchise..
I don't know it it's still like this but when I went to church many would decide on a resturant to go to for lunch after sunday service. We never went to a subway or mcdonalds. a steakhouse, a catfish place, a mexican resturant, and a waffle shop. no mcdonalds sorry.

anything like that it would seem would get the most business after the church services and an independently own establishment would have more freedom as far as operating hours as well charitable events.. 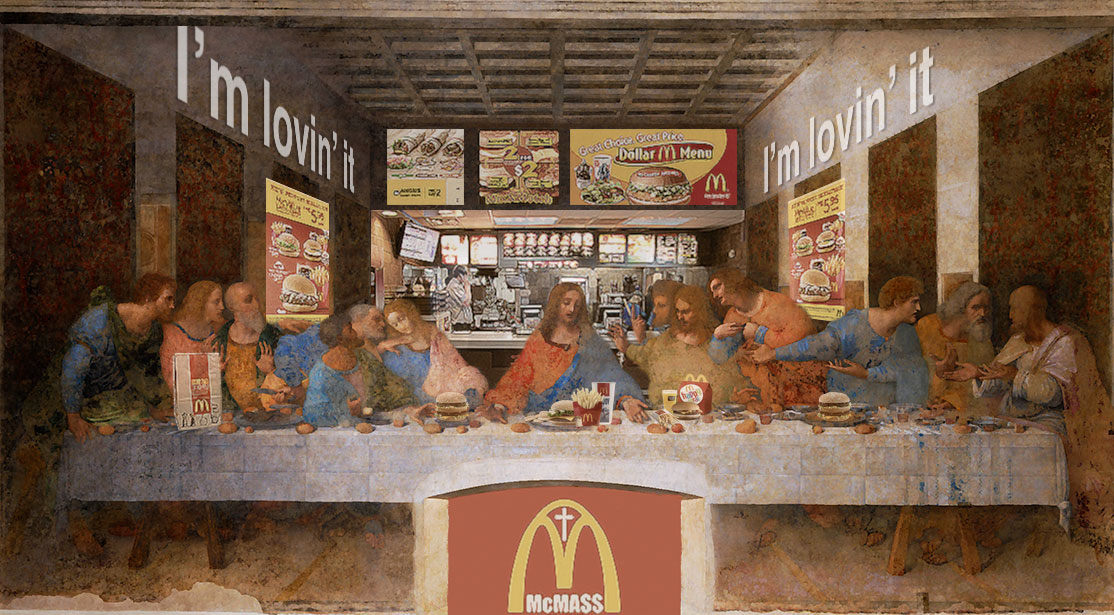