"American is now a curse word"

originally posted by: ScientificRailgun
a reply to: Ancient Champion

And asking that is (in my opinion) an immature question. It adds nothing to the discussion and only serves to derail the topic. I never said you weren't allowed to ask such questions, but simply to be prepared to deal with the consequences of your words.


You really think you're hurting my feelings? Now thats funny.

The overall conclusion reached is that the United States most likely has been responsible since WWII for the deaths of between 20 and 30 million people in wars and conflicts scattered over the world.

That just since WW2, so yeah since they where formed we have seen the most violent period.
edit on 1-12-2014 by sosobad because: (no reason given)

If you think I'm trying to hurt your feelings, I'm afraid you're off-base about my intentions. I'm unsure if you're genuinely this acerbic, or if you just enjoy provoking conflict.

Regardless, it's clear I won't get through to you, so I'll bow out of our discussion.

originally posted by: ScientificRailgun
a reply to: Ancient Champion

If you think I'm trying to hurt your feelings, I'm afraid you're off-base about my intentions. I'm unsure if you're genuinely this acerbic, or if you just enjoy provoking conflict.

Regardless, it's clear I won't get through to you, so I'll bow out of our discussion.


This isn't my first day on ATS so don't treat me like a child on his first day of school. I've grown up with people not taking me serious so i'm sure i can handle it.

Any chance you will follow the site T and C and use the title the source has instead of your opinion?


Please show me where I wrote that to be my opinion ?

The title is on top of the OP.

And if you have actual have listened to the podcast you would know that there are a lot of Russians who feel like an attack on Putin is an attack on Russia and by so an attack on them, so you`re the last one who may point someone towards the T&C.

Urge to make "Attack on Putin/Attack on Titan" joke rising.... 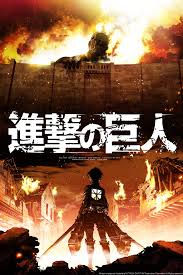 originally posted by: ScientificRailgun
without the threat of US intervention, rampant radicalism would soon bathe the region in blood.

Is there a threat of major US intervention in Syria or Iraq? No.
Is rampant radicalism bathing the region in blood? You betcha!

And Russia would work fast to establish it's old borders under the USSR.

Including puppet regimes in Poland, Czech and Slovakia, Bulgaria and Hungary.

American manufacturing would move back home, so that would be a boon to the US.

Why? If they outsource to China for a dollar today, why not in the future?

It will be very difficult and frightening in 30 years when, for the first time in four hundred years, the dominant global power (i.e. China) has no underlying cultural or philosophical affinity to the principles of the Enlightenment. It will be unconstrained and unapologetic greed, self-interest and power.

The last time this was the case was the Castilian/Hapsburg Empire, and they were pretty awful.

Bro, Ruble is tanking and so is Russian stock market. Some analysts say oil can go to $30/brl. What are these Russians doing about it. More so, when oil prices slide is due to collective overproduction by the poodles of the West like Saudi, UAE and Qatar.

Russians have too much patience and humility and thus they do nothing, until someone like Stalin comes in whips them to do something.

Russia will act in time just as with Crimea...

Russia has gas to Europe which it can cut (they just cancelled the South Stream) and the Gold Card...I never believe they wont act and just commit suicide...it`s now all ex-KGB who pull the strings in the Kremlin, a totally different situation as to the 90s with Bozo in charge.

If they don`t act yet it`s not needed, the moment they act in a big manner they are with their backs against the wall.

posted on Dec, 1 2014 @ 04:54 PM
link
Why is this news? American has had a negative connotation around the globe for some time. Guess foreign wars leave more of a stigma than aid packages in all their forms. War is still war, no matter who makes it, and those who do are not easily forgotten. We've been at war with someone or another for a long time. We still are. In all its various forms...

Hope you are right

Now low oil prices are in works. West is hoping that Russia will formally invade Ukraine and then arms supply to Kiev will be made to create another Afghanistan.

Do not know what can Russia do regarding oil prices but it sure does not formally invade Ukraine. Just ramp up the covert support to NAF.

Also, world is seeing 700K barrel of daily over production in oil each day. This has to be brought down to rebalance the demand supply equation.

I`m afraid too, that they aim for the Ukraine invading option or Russia shutting down the gas towards Europe.

But Russia might well play the Gold Card right away, they are so unpredictable.

Very stupid move if they are so desperate to deliberately back Russia into a corner this way.

Just read on the gold card mechanism. It will help the ruble somewhat.

However, the real hit to the pocket is the oil prices. Russia should ask its allies like Venezuela, Iran, Algeria to cut down on production.
However, in the recent times, it was Russia which was towing the western lines on piling sanctions on Iran. When the Persians were suffering, the Russians were looking the other way. Now the ball has come a full circle.

That is why, even on the high school grounds, let alone global geopolitics, it really pays to stick with your friends, be it on the high or low tide.

Putin short changed Iran on sanctions, Medvedev dirt sold Gaddaffi and now same parties are the one's which Kremlin hopes that will help them out with anything they can muster.

Stupid Russian leaders. 60% of Russians are below poverty level and of these 40% are chronically poor. Kremlin only sees how much is in the reserves, how much is price of gas and oil and how many castles its Oligarchs have around the world. That's enough for any stupid bunch of leaders in Russia to feel giddy and giggly.
edit on 1-12-2014 by victor7 because: (no reason given)

This will put more as major dent...

Stalin’s warning in 1931 that “we are 50 to 100 years behind the advanced countries and must catch up within ten years. Either we will do that or they will crush us,

Russians must recognize that the world has changed, that they must pursue a strategy of mass mobilization, and that they must replace the current elite with one that understands that need and will do what it takes to prevent disaster.


My views: West is seeing weakness in Russia and like in the past, west is again testing Russian resolve.

Will Russia have to destroy the West to remove this periodic aggression every 50 or so years.

Either Russia destroys the west or becomes like the west. Seems middle of the ground policy of co-existence is not acceptable to the western egoist minds.

Very tough and testing times for the world currently.
edit on 1-12-2014 by victor7 because: (no reason given)

The exact same argument can be applied to those defending Russia.

So you haven't watched the podcast then. The subject matter is America bullying the world and because he posted it bornagainalien has been accused by an American poster of first being a Russian agent or being attracted to Putin, do you see what went on?

Yeah - bornagainalien got the exact treatment he doles out to others.

originally posted by: sosobad
a reply to: Ancient Champion

How does saying he fancies Putin or is a Russian agent help the conversation?

It doesn't. Now you understand what its like dealing with some members who dish it out but cant take it.

The exact same argument can be applied to those defending Russia.


So you haven't watched the podcast then. The subject matter is America bullying the world and because he posted it bornagainalien has been accused by an American poster of first being a Russian agent or being attracted to Putin, do you see what went on?

Yeah - bornagainalien got the exact treatment he doles out to others.

No, my butt doesn`t hurt, it can take much more and I still would be laughing.

and if you paid attention you would understand what im talking about when it comes to the thread title and content posted.