Next False Flag will be Nuclear, because those same guys are still here.

They too have families homes, kids, houses with pools and so forth.

Maybe you even see them when you turn on your television.

Next False Flag will be nuclear because those same people who did the last big one (9/11) are not in jail or dead. They are enjoying the life fat government salaries buy them, steak house restaurants, musical concerts, driving nice cars and so on.

They will blame Iran or Russia or ISIS (which they helped create). Hell they could blame Pakistan or India,


This is so obvious to me, masterminds don't change, they just plot some more....


They will blame Iran or Russia or ISIS (which they helped create). Hell they could blame Pakistan or India,

And exactly who is it that you think will be doing this?

I think that people have been saying this since September 12, 2001. Once a date and location (I remember a couple Super Bowls, election days, political party conventions, etc...) has been claimed to be set in stone for it to happen, everything passes without fruition.

I really doubt it's going to happen. If it were, it would have by now. Even pre-9/11 it would have happened, when not everyone was on alert for suspicious behaviors.

There will be no nuclear detonation. It has been half a century that this technology exists, and the Cold War proved that no countries are ready to engage into a MAD. The elites in place are not ready to lose everything.

The Cold War proves instead to us that the next war is Information.

Why use physical weapons against, say, the US when an enemy country can simply "acquire" sensitive information about the US using an Anonymous-like army of hackers, leak that to the people of America, demonize the target government, and induce a civil war in this said target country - all that remotely?

You know exactly who.

People in US military industrial complex. The same guys who did 9/11

A group of CIA employees, pentagon employees and throw in there a few Mossad guys (Israel will supply a nuke stolen or bought from someplace else by mossad to confuse nuclear forensics)

What you say makes perfect sense ONLY if psychopaths who do these things cared about what makes sense. These people are sick.


People in US military industrial complex. The same guys who did 9/11

First thing is you have to prove the US was behind 9/11, which btw hasn't happened yet.

But I figured you were going in that direction...just can't stand to not bash the US can you?

How about you provide some proof instead of just an opinionated rant, as that seems to be what your good at.

You called me a "zionist" in this other thread, and now you call Thurisaz a "zionist"... Are everyone who disagree with you " zionists" to you??

There are rumors Nuclear False flags were already planned and delayed. There is nothing like a nuke to make people give you their money and soul.

Until of course the truth finally comes out, like it did for 9/11

Because as far as i understand. A micro-nuclear bomb would have to be custom made to fit the demolition needed.

I seriously doubt muslims just went on silk road to buy a remote controlled drone carrying one of these things.

BTW. The US has a fleet of these in secret. The very same planes used to strike against the towers are sitting in hangers. And they will reduce any structure to radioactive rubble.

Just can't stay away from the personal attacks can you? Amazing...

Nuclear material will explode more than once, and as it does this it gets hotter.

Thermite and explosives only remains hot for so long.

A nuclear bomb would leave pooling metal from the core columbs for days.

Was that reported? pretty sure it was. 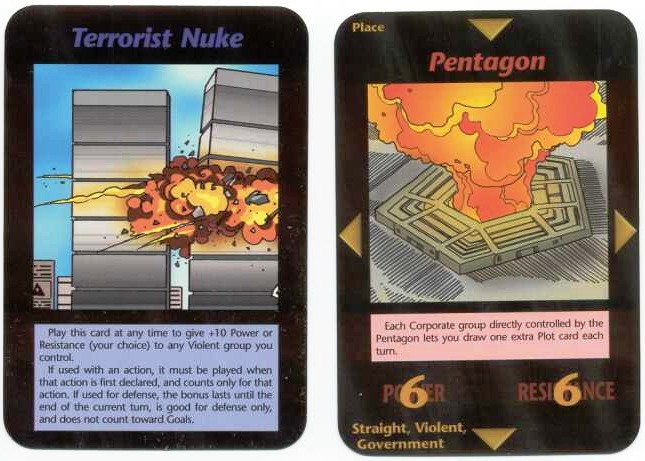 A nuclear detonation in any major country would trigger MAD.

No one in is stupid enough to trigger MAD. Inducing public bashing of a country seems to be the current main strategy.

Proof of 9/11 false flag is building 7 video of implosion demolition.

I find it strange that after all this time on ATS you haven't taken a look at it.

Implying what, the excuse to invoke MAD on a grand scale? Theres no point, Everything worth Anything will be destroyed.

Then they can't enjoy their fat cat lives bleeding all the peons for their vast wealth. The gravy train ends.

They would never allow it. Thats why it hasn't happened yet.

Besides that, a nuclear bomb would leave a fallout fingerprint all the way back to the source of the fissionable material. The country responsible would be exposed.

Double besides, who needs a false flag to go MAD, just start launching. Why tell everyone beforehand with a False Flag? They'll all be dead in a few minutes anyway.

Mutual assured destruction, or mutually assured destruction (MAD), is a doctrine of military strategy and national security policy in which a full-scale use of high-yield weapons of mass destruction by two or more opposing sides would cause the complete annihilation of both the attacker and the defender.