Ferguson is a well executed psyop and you all fell for it.

page: 1
59
<<   2  3  4 >>
log in
join
share:
John_Rodger_Cornman
+44 more
posted on Nov, 28 2014 @ 03:39 PM
link
The globalists and have been using the engineered "civil unrest" operation for a few years and in many countries. How many of the protesters are government sponsored provocateurs and how many of the "rioters" are undercover police?
They have been caught using dirty tricks like provocateurs and false flag strategies before. More of this red team(black people) vs blue team(white people) script. Coca cola vs Pepsi. Cowboys vs Redskins.Yankees vs Redsox(or Orioles).Problem Reaction Solution. Wash rinse out the psyop and repeat it.

Notice how the ingsoc media ignores the peaceful protesters and focuses exclusively on the paid shills. The corporate controlled media will not portray the protesters as peaceful but edit the tape to make them all look like violent domestic terrorists and the national guard/police as the heroes.
I guess people will beg for a transhumanist techno-leninist police state now? lol

affordable care act--->marxist surveillance grid/secret tax
school massacre shootings--->gun rights.Proles can't have weapons. With weapons they could fight back in a martial law scenario.
ebola/sars--->get your vaccines from bill gates!!!
snowden/hacker activists like guccifer---->internet ID,Internet killswitch
chemtrail altering the atmosphere---->"climate change" hoax
chemtrails--->test drive for spying nerve agent or biotoxin on a population if they get out of control.
cia armed isis-->excuse to attack syria and iran
lowered gas prices/crimea invasion--->economic WW3 with russia

Connman
+18 more
posted on Nov, 28 2014 @ 03:48 PM
link
Or there could just be a bunch of trouble making idiots out there. I have seen plenty. Example are some of the responses here on ATS. They are usually told armchair bandit things like that. But they are people and possibly those people.

Our climate does change though, has done for millions of years, that has been proven beyond a shadow of a doubt. Or maybe I do not understand what you mean?


They have been caught using dirty tricks like provocateurs and false flag strategies before.

Do you have a source for this? Or is this thread just an opinion?


Ferguson is a well executed psyop and you all fell for it.

Many people are falling for it, but not all. 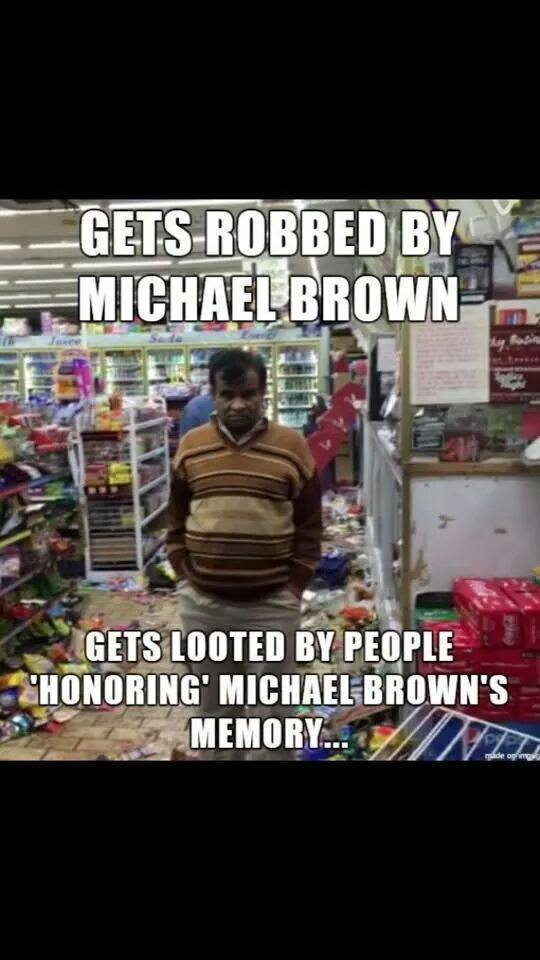 Notice how people are more divided than ever, instead of uniting and realizing All people are oppressed. So when the time comes for this planet to truly degrade the majority will be busy against eachother, and they'll ignore (for the most part) the ones retreating to the bunkers.

it one thing to see what just happened...its is another to know what's on the way and why.

what happens next is far more interesting.

They give us plenty of hints. It's up to us to be perceptive or consider it nonsense.

posted on Nov, 28 2014 @ 04:11 PM
link
it is all just spiritual battles used by opposing forces and aliens are caught in the middle somewhat. 5 yrs ago our future was far more grim than our present it is all about perspective and herding.

If there was ever any concern about violence, backlash, riots or injury, they could have simply posted the verdict on the web and let people read and review. Instead we get this dog-n-pony show LIVE on CNN!

posted on Nov, 28 2014 @ 04:13 PM
link
I loved how they stole Bassem Masri's phone on a live stream. Really shows how "bad" the protesters are. The whole situation stinks. Even the livestreamers.

He didn't rob him that's just BS slander to justify the white mans actions. It's always something with you guys.

It's like justifying a rape by saying she was drunk or high.......A kid still got killed by police for no reason, all of this other crap is irrelevant. Even the looting.

posted on Nov, 28 2014 @ 04:19 PM
link
The Ferguson prote...I mean RIOTS are borne off the same mind-set which you beautifully demonstrate in your very own post.

It's a hatred, mistrust etc. against "the government", which on one hand is certainly justified, but on the other hand can also be ridiculously over-exaggerated, like you do, where people have such a deep mistrust and hate for the government they're fantasizing up stories like chemtrails, "false flags" etc....

And when people are so disturbed (like you are) and think that "the government" is behind everything, all it takes is a shooting of some criminal thugs on a street, and people go out and prote...uhm I mean rioting because IN THEIR MIND it was just another injustice "committed by the evil, evil government".

Insofar, those riots are as absurd as your list of conspiracy theories, chemtrails, false flags, etc.. but since the mind-set is the same....they are very real. I mean you just *prove* that some people think the gvt is behind everything with your OWN posting.

So..why would you think that those "protests" are not real? Explain this to me.
edit on 11/28/2014 by NoRulesAllowed because: (no reason given)


A kid still got killed by police


Wrong, an adult was shot dead because of his own dumb actions.

Wasn't there an unarmed white kid shot by a black Salt Lake City police officer recently? Why wasn't that brought up more often?

Mike Brown was wrong and so was the cop, there has to be accountability on both parties but it doesn't happen.