posted on Nov, 28 2014 @ 09:08 AM
link
One ring to RULER them all: Scientist creates precise measurements of space using Eye of Sauron galaxy as a guide

Measuring the distance to galaxies and other far-off objects in deep-deep space is not really something that could easily be done just by looking at an object. When objects are so far away, all you can see is (for the most part) the object in "2D", without any sense of depth perception. You could have two objects of the same size and brightness, but one could be far and bright, while the other maybe be closer and dimmer.

The distance to stars near to us in our own galaxy (objects maybe only 1,000 LY away) can be determined thought a "parallax" method by observing it twice over a certain period -- say, 6 months apart -- as the Earth revolves around the sun. The very slight difference in the point-of-view to that star between 6 months can be used to determine its distance. This parallax view of the object from two different points in the earth's orbit gives use some depth perception -- like using binoculars.

However, that method doesn't work for far, far away objects such as galaxies.

One current method for finding distances to galaxies has been the "standard candle" method. The standard candle uses an object of known distance and known luminosity or energy output to calculate the distance to similar objects.

One of the major problems in astronomy is measuring very large distances in the universe.

The current, most common methods measure relative distances by using markers known as 'standard candles' - which are stars with a known luminosity whose distance can be measured.

But now research from the University of Southampton and Niels Bohr Institute in Denmark has demonstrated that precise distances can be measured using supermassive black holes.

But (as I mention further below), the standard candle method may also have built-in imprecision, so science is trying to devise some new and more accurate methods for find some deep space objects, such as supermassive black holes and the galaxies in which they reside, such as the "Eye of Suaron" galaxy: 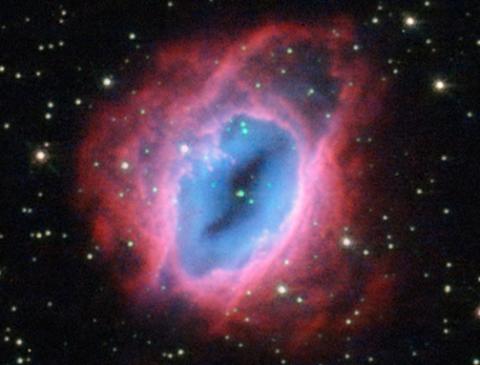 This new method uses precise measurements of the gas ring around the supermassive black hole in that galaxy, plus uses a process called "interferometry", which in some respects is not completely unlike the concept used by the parallax method for finding nearby stars.


By combining the light from the two 10-meter Keck telescopes on Mauna Kea on Hawaii using a method called interferometry, the scientists could achieve an effective resolution equivalent to a telescope with a perfect 85-metre diameter mirror,...[which] allows them to measure the angle the dust ring of the Eye of Sauron made in the sky.

By now combining data about the observed size of the dust ring on the sky with the known physical size of 30 light days, the distance from the Earth can be calculated by using simple geometry.


Is the Standard Candle Really "Standard"?

One interesting side note to all of this is that astronomers have recently found that one of their most basic units of measurement using the standard candle method may not be as precisely standard as they originally thought. An object called a "Cepheid Variable" is the most basic units of measurement in the Cosmic Distance Ladder, which uses the standard candle brightness an increasingly distant series of objects to measure vast distances.

The bottom rung of that ladder is the Cepheid Variable, whose brightness was thought to vary in a very precisely known way. However, new findings show that the Cephid Variables are shrinking by a measurable amount, which disturbs the whole Cosmic Distance ladder, because the Cepheid variable was such a basic unit -- the bottom run of that ladder.

It would be like having a meter stick, but the centimeter keeps shrinking. That would affect the entire meter stick.

Cosmology Standard Candle not so Standard After All

Astronomers have turned up the first direct proof that "standard candles" used to illuminate the size of the universe, termed Cepheids, shrink in mass, making them not quite as standard as once thought. The findings, made with NASA's Spitzer Space Telescope, will help astronomers make even more precise measurements of the size, age and expansion rate of our universe.

So it would be advantageous if science can find other more precise methods for measuring vast distances. Right now the margin of error in estimating cosmic distances is relatively large. Science would like to shrink that margin of error.

got me thinking and this may be a lame question but as they estimate the object that is the furthest thing from us....is everything behind it just black? When I look at that photo i see all these stars behind it and think wow everything behind that is older than the item in the picture....unless we are viewing it from the other side...as if thats towards the center of the universe
edit on 28-11-2014 by rockpaperhammock because: (no reason given)

Epic intro dude for an equally epic topic. The universe is time or has to do with it I think. But everything is aether--even the universe. My brain hurts lol

originally posted by: Aleister
a reply to: Soylent Green Is People

Light from them would never reach us because it would be contained within those universes. Light would follow a path within them along whatever space/time arrangement existed within them.

Perhaps it is better to think of these other universes as opaque balloons separated by huge gaps not clear soap bubbles. That assumes they exist at all.

originally posted by: rockpaperhammock
a reply to: Soylent Green Is People

got me thinking and this may be a lame question but as they estimate the object that is the furthest thing from us....is everything behind it just black? When I look at that photo i see all these stars behind it and think wow everything behind that is older than the item in the picture....unless we are viewing it from the other side...as if thats towards the center of the universe

There is no center of the universe. You are right that the further out we look the farther back in time we're looking and the redder the galaxies and other structures get as the light from it was doppler shifted towards the red as the universe expands. The doppler effect is the same as a train whistle passing you and sounding as though it shifed down in pitch. Light and all electromagnetic waves do this as well

If you could see it an all sky map of it would look something like this: 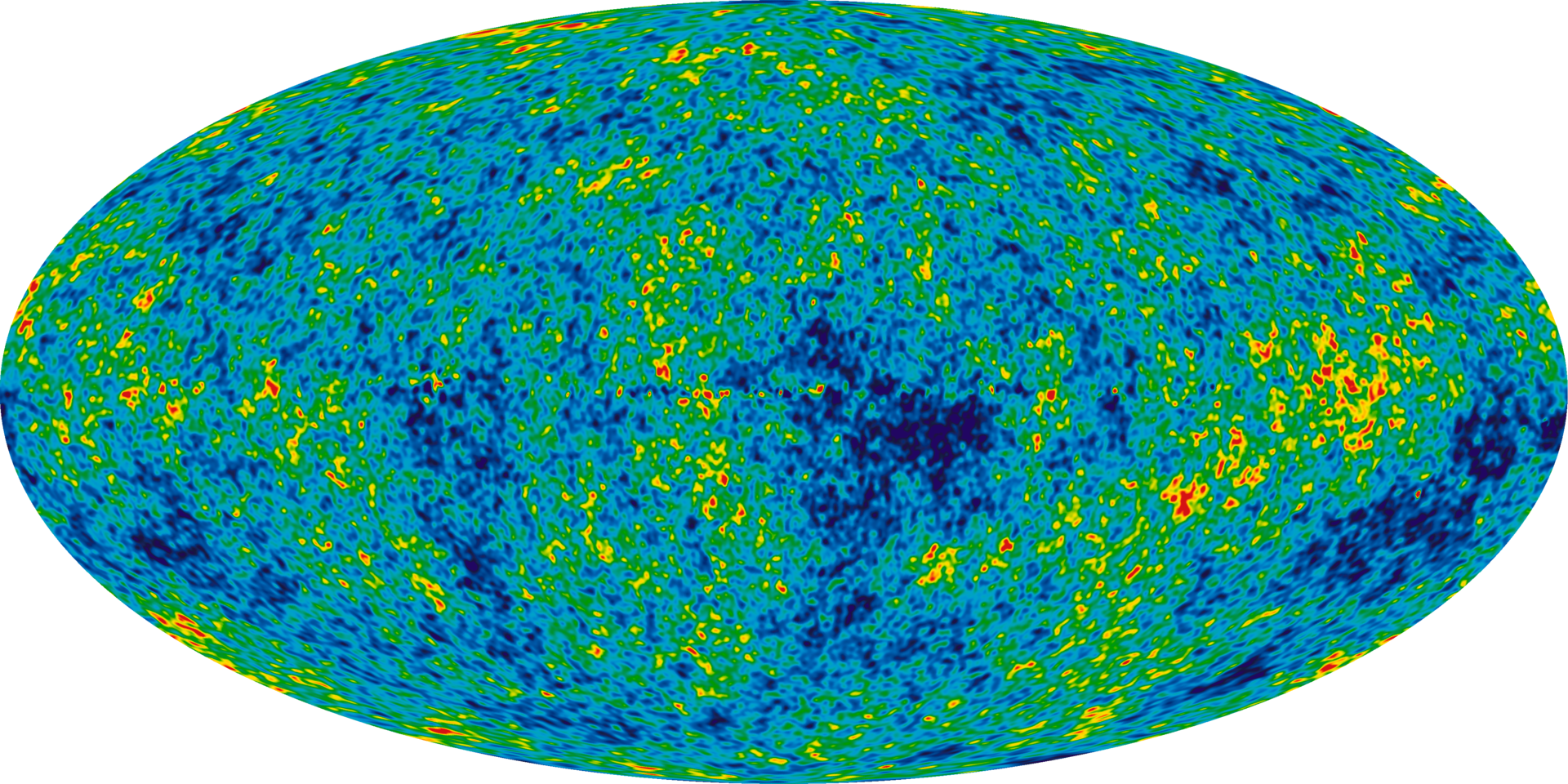