Have you seen under the cowling of an engine? Besides the fan, they're small.

This is an RB211 sans cowling. 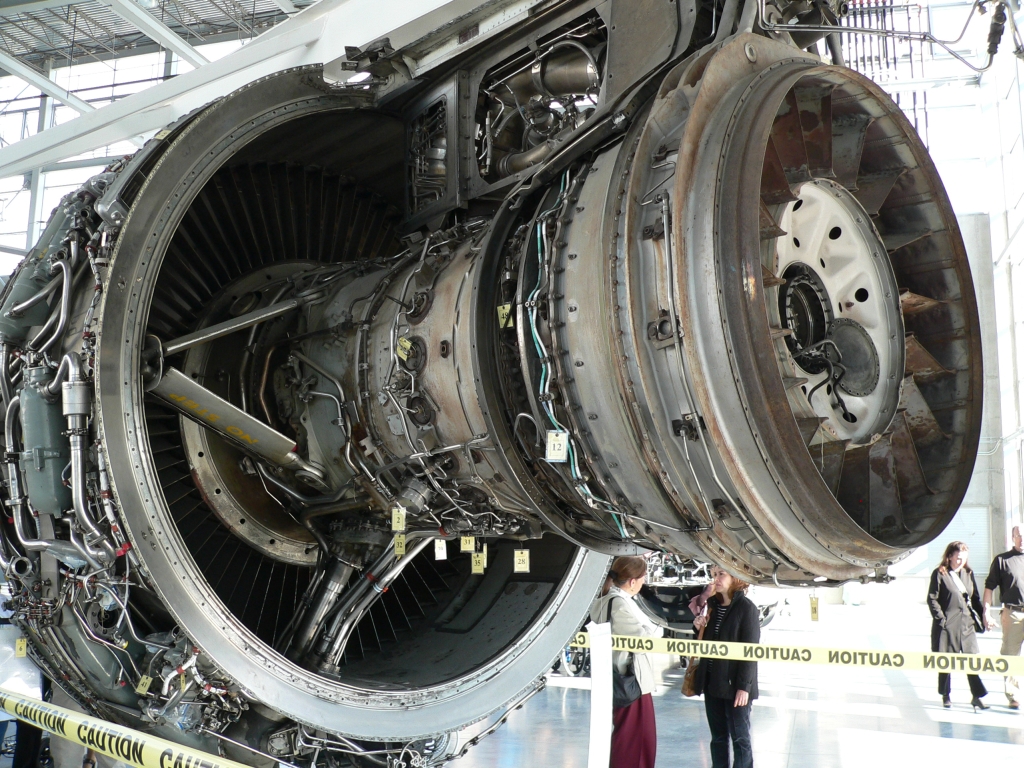 Only certain portions are made out of titanium. A small rock can crack a fan blade, which is titanium.

No, I'm contending that the wings shattered and were destroyed, and most of the engines wound up against the wall and were buried in the collapse of it. We know at least some of one engine was found against the wall.


You might want to do some better research. The engine parts found at the Pentagon, PRECISELY match those of the RB-211 engine found on a 757 airliner.

The wheel was a perfect match for a 757.

This was the wheel found at the Pentagon: 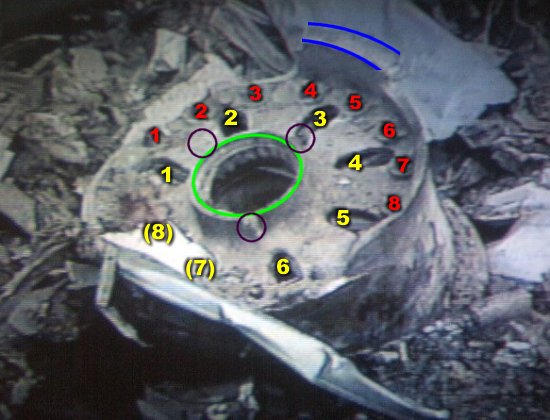 It's cut some due to damage, but you can clearly see the holes in the sides. 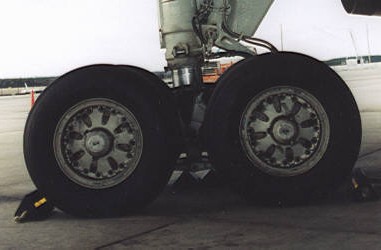 A 250 ton hollow aluminium tube hitting the outside of a very strong steel framed building at 500 MPH will fit through what ever sized gap you want it to! I'd be very surprised if it wasn't torn into tiny shreds the same as if it had been put through the worlds largest industrial mincer.

I'd be very surprised if it wasn't torn into tiny shreds the same as if it had been put through the worlds largest industrial mincer.


Try to tell that to those with conspiracy on their minds.

Where are the other 7 or 8? Where are the struts and LG assemblies? Did you see the pictures at SFO with the Asiana flight last year? Those assemblies tower over the humans walking amongst them.

You're once again comparing apples and oranges. One was a high speed deliberate crash, one was a low speed landing accident. Two totally different impacts and debris patterns.


757 landing gear retraction/extension test. The nose wheel does not even come up to the waists of the technicians. The main gear.

757 main gear check, wheels come about to the waist of the technicians.


What were you saying about landing gear assemblies towering over humans????

You're once again comparing apples and oranges. One was a high speed deliberate crash, one was a low speed landing accident. Two totally different impacts and debris patterns.


Not convincing in the least. A 757 cannot fit into a 10 foot wide vertical crack in the pentagon.

Yeah, high speed crash. So high speed it was at Vmo + 90 knots, in ground effect, flown by a rookie pilot. Sure, whatever fiction you care to embrace. I'll pass, thanks just the same.

The initial hole was four feet wider than a 757 fuselage.

According to FAA records Hani Hamjour and the others all had their Commercial ratings.

Vmo doesn't mean that Vmo+1 the plane falls apart. A DC-8 at altitude went briely supersonic. It exceeded Vmo and was fine.
edit on 1/11/2015 by Zaphod58 because: (no reason given)

At what Stutt claims is like 480 knots, the aircraft was covering 8 miles a minute, so the final few seconds covered a lot of ground, and if he and the official story are correct, considering that the airplane knocked down the light poles, he was in ground effect for several seconds. In ground effect at Vmo + 100? Hani might have been good with that Commercial license, but he wasn't that good.

I've flown airplanes myself at speeds over Vmo and they didn't fall apart. Never EVER Vmo +100, but over Vmo. I'm not saying it would have fallen apart, though if the official story were actually true it probably would have.

I'm saying that in ground effect, unlike Russian ekranoplanes, the 757 has control issues when it would be at Vmo +100. Now maybe Stutt's calculations were wrong and it wasn't really going that fast.

In the end it doesn't really matter, because no Boeing struck the Pentagon.

At that speed, over that distance, it would have been a couple of seconds in ground effect. Anyone with experience and a license could have held it for a couple of seconds, as long as they leveled out in time to avoid hitting the ground in the first place.

And yet the evidence at the building says otherwise.

posted on Jan, 14 2015 @ 10:04 AM
link
I'm currently researching people's opinions on the september 11th attacks. Could you guys give me your opinions on whether you think the attacks were a genuine terror attack or a potential hoax set up by the American Government. Thanks in advance

I'm currently researching people's opinions on the september 11th attacks. Could you guys give me your opinions on whether you think the attacks were a genuine terror attack or a potential hoax set up by the American Government.

Are you serious?
You are on a conspiracy site.
What do you expect in responses?

It wasn't like Congress got together and planned the attacks. That is, the US government itself did not plan or execute the attacks.

Individuals INSIDE the government, bad guys, planned and executed the attacks. IMO, there is a difference.

Certainly the government worked hard to coverup the truth once it happened, but that is another question IMO.

I won't hold my breath.