Will 2017 be a prophetic year or just coincidence? 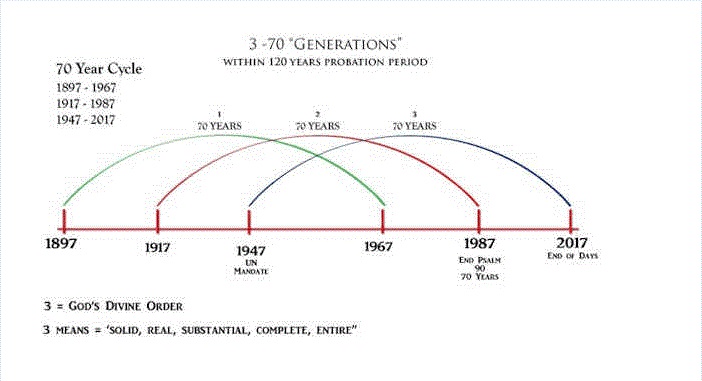 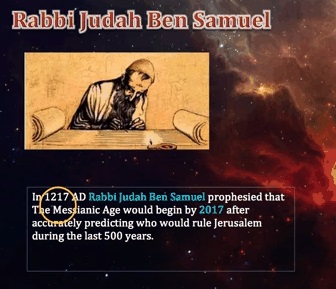 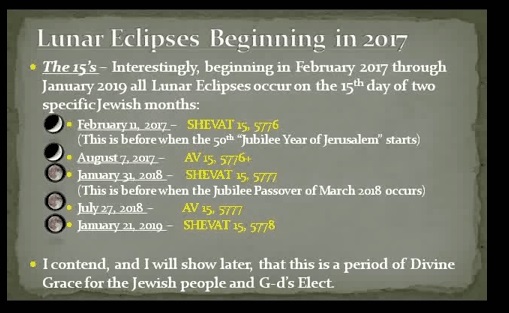 posted on Nov, 27 2014 @ 12:42 AM
link
Or just set up? One of these new super fantasy,scifi, appocolyptic shows a week or so ago tossed that year out in its plot as being important. If this year is being bandied about by pop tv, you can bet it is part of a propaganda campaign.

Judah ben Samuel's prophecies are designed to fit a predictable lunar pattern. Its a trap to fool Israel. The true biblical calendar is only solar. The Jews didnt adopt a lunisolar calendar until after exile into Babylon, so Judah ben Samuel was selling a Babylonian messiah.

In the link above, I try to show how the true biblical calendar starts and ends full circle on the vernal equinox (march 20th or 21st). Each month (except the 12th) has 30 days as per the 42 months equaling 1,260 days in Revelation and the 5 months equaling 150 days in Genesis 7. Then the 12th month has 35-36 days to fil in the year (Adar). The post-Babylonian lunisolar calendar requires a 13th month every 2 or 3 years to intercalate the calendar. The bible never mentions a 13th month.

posted on Nov, 27 2014 @ 12:24 PM
link
seriously, everybody who buys this ist just as reality challenged as those who said 2012 the world would end, or believe in PlanetX, or thought 2000 the computers would collapse, or ISON would host aliens and the black death, or ...
Get a grasp people.
Everybody knows the sky will fall unto our heads tomorrow, so have a nice apocalypse-partytoday!

Start to read endtimesufos.blogspot.fr...
edit on 28-11-2014 by ChristExtra because: (no reason given)

Honest people make sure their messages make sense and are written correctly (regular typos are of course just honest mistakes), and do the due diligence in their research of how words are supposed to be written. If I can write english correctly (for the most part, I have noticed I have made some mistakes in some posts that I couldn't edit away later on), and I am just a less-than-average intelligence, maybe a bit confused (by this mad world) entity, from my point of view, ANYONE should be able to do it.

In other words, to make an 'american typo', or should I say, to COMMIT an 'american typo', one has to be so much below average that they are even below someone like me, and that is an immediate red flag. Most people should be above me in intelligence and ability. I mean, if I am pretty dumb, it's shocking to see that there be something even dumber in existence.

It's so easy and quick to check how a word is written - just go to wiktionary - that there's really no excuse.

If a poster isn't willing to do a couple of seconds of research about a word, then chances are, their research hasn't been overall all that good. A diligent researcher would never commit an 'american typo'.

How can anyone trust research done by someone, who doesn't know how to write very simple, basic english words correctly?

I can understand relatively complex and difficult words, like disestablishmentarianism, antropomorphism or commensurate, or even 'populus' vs' populous' vs' populace' - but "a lot"? Really?

That's "allot" (sic) of faith to have in someone.. it's like someone, who can't write the word "dog" correctly, or doesn't know how to pronounce the word "car" - and you would have to take everything that individual says seriously, and trust his judgment, research, information, and everything that comes out of his keyboard/mouth. Wouldn't you rather think there's something wrong with them?

It's puzzling, isn't it, how people, who are intelligent enough to operate highly sophisticated digital electronics equipment, can not write a simple english word correctly.

I can't understand it.. and I certainly can't trust any entity that creates a very tiny, short sentence with only basic english words, and the very first word is an 'american typo'.

I could perhaps understand it, if there's more text, and they were tired, it was late, and they weren't thinking straight, and they let something slip by because of a tight deadline and no time to check what they wrote - there are of course certain circumstances where this kind of a thing could be somewhat understandable.

But a very tiny amount of text, very basic english, and a post in ATS (where there are no deadlines, you have all the time in the world to check and recheck your short sentence), and yet, the very first word is an 'american typo'.

It's a puzzling phenomenon. I just can't fathom how or why such an odd malfunction can happen.

So, there's no way any rational human being would ever familiarize themselves with the original poster's post. It's like a four year-old coming to you with typically childish drawings, and wanting you to hang them to Louvre for everyone to see.

originally posted by: Firefly_
a reply to: BELIEVERpriest

I want you to remember your words, verbatim, and recite them when you see the Son of Man coming in the clouds with His Hosts. Remember and reflect....and hope that you will be worthy to stand when He comes. All you need is faith in Christ. Its so simple, yet so few have it.

Any input on the post or are you just trolling to feel good about yourself?

Dazzle us American commoners with that superior English grammar you possess and tell everyone else how smart you really are!

posted on Nov, 30 2014 @ 08:14 PM
link
So according to this the antichrist is going to be Prince Harry?? Interesting read but r u kidding?!! How did they figure that one out lol a reply to: ChristExtra

posted on Nov, 30 2014 @ 08:59 PM
link
Until you realize that time is arbitrary, an artificial construct, you'll never achieve enlightenment.


When the very FIRST word of a post is an 'american typo', it's hard for me to take anything about the post seriously.


Actually "American typo" is 2 words . The first word would have been American.

On-topic :
There are a lot of happenings lining up over the next few years that only happen during major events of history