The details were revealed in a news report on Officer Wilson's marriage to another police officer last month, less than ten weeks after he shot unarmed Michael Brown six times in a Ferguson street.

The address was included in a report on Officer Brown's marriage to Barbara Spradling, a fellow officer in the Ferguson Police Department.

I don't know...maybe I'm out of touch. It just seems to me that the New York (friggin) Times used to have a modicum of class and journalistic integrity. Now, it appears to be sinking to one partisan, journalistic, muck-raking low after another.

The NYT used to stand for something...and now it appears it will fall for anything in it's mad rush to appeal to the lowest journalistic common denominator. Has it no pride; has it no integrity? Did the ghost of William Randolph Hearst somehow possess the Old Grey Lady?

What did they (NYT) hope would be gained by publishing officer Wilson's home address in the midst of this volatile situation?
IMO, the answer could ONLY have been to maliciously assure that those seeking to harm Wilson, would know exactly where to go in order to harass and/or take bloody vengeance upon he and his family.

I smell a MAJOR lawsuit in the making.
edit on 26-11-2014 by IAMTAT because: comment added

originally posted by: IAMTAT
What did they (NYT) hope would be gained by publishing officer Wilson's home address in the midst of this volatile situation?
IMO, the answer could ONLY have been to maliciously assure that those seeking to harm Wilson, would know exactly where to go in order to harass and/or take bloody vengeance upon he and his family.


I think you answered your own question perfectly there.

There have been quite a few things concerning this Ferguson debacle that have made me believe that it will be prolonged as long as possible. Publishing his address for anyone to see is just another move to keep this flame burning white hot.
edit on 11/26/2014 by ChaosComplex because: (no reason given)

posted on Nov, 26 2014 @ 02:52 PM
link
There is a call out to publish the addresses of the two reporters, Julie Bosman and Campbell Robertson. There is a $100 reward post by daybydaycartoon.com. Anyone else seen a higher bounty?

posted on Nov, 26 2014 @ 02:54 PM
link
Was no mistake and now lets the police reward him by buying him a new house and paying the removal costs with tax payers picking up the bill.

Gag order work with the MSM unless someone does not want them too.

"Unarmed black toddler, age 27, maliciously gunned down by Darren Wilson while attempting to fix Officer Wilson's broken front door with a machete."
edit on 11/26/2014 by Answer because: (no reason given)

Big surprise, weren't they the ones who published the names and addresses of gun owners too? I can't remember.

originally posted by: captaintyinknots
As if he's still there anyway.


originally posted by: captaintyinknots
As if he's still there anyway.


I hope that doesn't mean you think that it's okay.

I dont have a feeling about it either way, so Im not sure what you are hoping for.

I meant what I said, and I said what I meant: he isnt there anyway.


Breitbart News will not link the story or give out the specific information, but the New York Times had no qualms whatsoever about publishing almost all the information needed for Officer Darren Wilson's enemies to track him and his wife down at home:
Officer Wilson and [his wife] own a home together on XXXXXXX Lane in XXXXXXXXXX, Mo., a St. Louis suburb about a half-hour drive from Ferguson.

This malicious move by the New York Times has not gone unnoticed by Ferguson's protesters:
But printing his street name in the nation’s most influential newspaper on the day the grand jury is expected to hand up a decision on the indictment could reignite interest in -- and awareness of -- the location, and some critics worry that it could result in protesters descending on his home. Slate even went a step further than the Times, publishing an article featuring a photo of the modest, red-brick house on Monday.

A number of Twitter users -- some of whom have identified themselves as planning to protest the grand jury decision -- have tweeted the location of Wilson’s home as they gear up for rallies. The house number was not printed in the Times, but the street in the St. Louis suburb of Crestwood where it sits is only about two blocks long, and the house number can be easily located via online sources using only the street name and Wilson’s name.

This type of behavior is nothing new from our elite media. When the media was pulling out the stops to electronically lynch George Zimmerman like they are Wilson, CNN broadcast Zimmerman's Social Security number to the world.

All the News that's fit to print???

We report. We decide.

posted on Nov, 26 2014 @ 04:12 PM
link
Edward R. Murrow wouldn't have done this. Cronkite wouldn't have even thought about it. Ben Bradlee or Ben Franklin - two great journalists in different eras of cultural upheaval - rolling over in their and each others graves after such an incident of journalistic misconduct. I don't have a horse in the Ferguson story, wasn't there personally and don't know what happened. But I do consider myself as having a horse in tales of truth and principle, and the New York Times crossed a line here which possibly deserves a reshuffling of people involved in their decision making structure, at least for a time (Aaron Sorkin, bless your heart, with your great series 'The Newsroom' you've given bad journalism a bad name).
edit on 26-11-2014 by Aleister because: (no reason given) 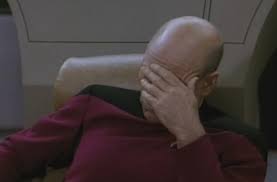 Generally, it is okay for news outlets to post the general location of a suspected criminal's home, much like what the NYT done here. HOWEVER, given the current situation regarding the shooting death of Michael Brown, and Wilson's position in the case, i personally would not have approved the publishing of Darren Wilson's rough address if i were the editor.
edit on 26-11-2014 by daaskapital because: (no reason given)

I agree. I believe it was malicious and incredibly biased and partisan.

Well I doubt anyone would dare seek revenge seeing as he has a license to kill, as well as military surplus (probably).

On top of that even gang bangers know better than to "f" with the bigger badder gang bangers.

Until we force a change in the law the man did what we the people have given him the power to do, and should not be harassed for using the liberties we have allowed them to gain.

In this situation I don't think his actions were just, but the law has his back.


so basically what I am trying to say is petition, protest, hire lawyers, be more proactive in general.

posted on Nov, 26 2014 @ 05:53 PM
link
The slimy New York Times should be ashamed of themselves. I see a multiple wrongful death lawsuit coming their way, among other things. ~$heopleNation