originally posted by: eriktheawful
I'm sorry, but this:


She said that while she was working, she saw two people walking across the Martian surface. She continued that she and six colleagues were watching the footage of the Viking rover moving around on multiple screens when she noticed two men in spacesuits walking to the Viking Explorer from the horizon. She added the men's suits looked protective but unlike what astronauts wore.

Viking was a lander.

It was not able to "move around"

Just Maybe She was somewhat Right

U.S. space planners took notice. In a report called An Exploratory Investigation of a 1979 Mars Roving Vehicle Mission, completed a timely three weeks after Lunokhod 1 commenced its Mare Imbrium traverse, a 12-man design team at the Jet Propulsion Laboratory (JPL) in Pasadena, California, described a U.S. Mars rover mission in 1979. Billed as a “logical follow-on” to the Viking landings planned for mid-1976, JPL’s 1127-pound rover would include six wire wheels akin to those on the Apollo Lunar Roving Vehicle, which at the time was scheduled to be driven by astronauts on the moon for the first time in 1971. Mobility would enable “extended” Viking objectives: for example, while Viking would land on a safe, flat plain and seek living organisms only within reach of its three-meter-long robot arm, the 1979 rover could land in a flat area, then enter rugged terrain to seek out biologically promising sites. 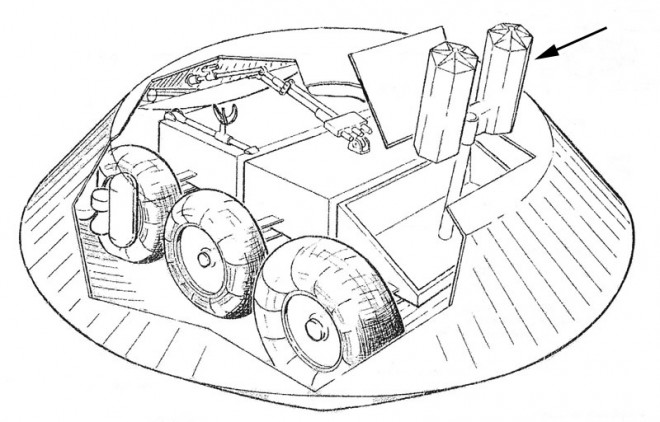 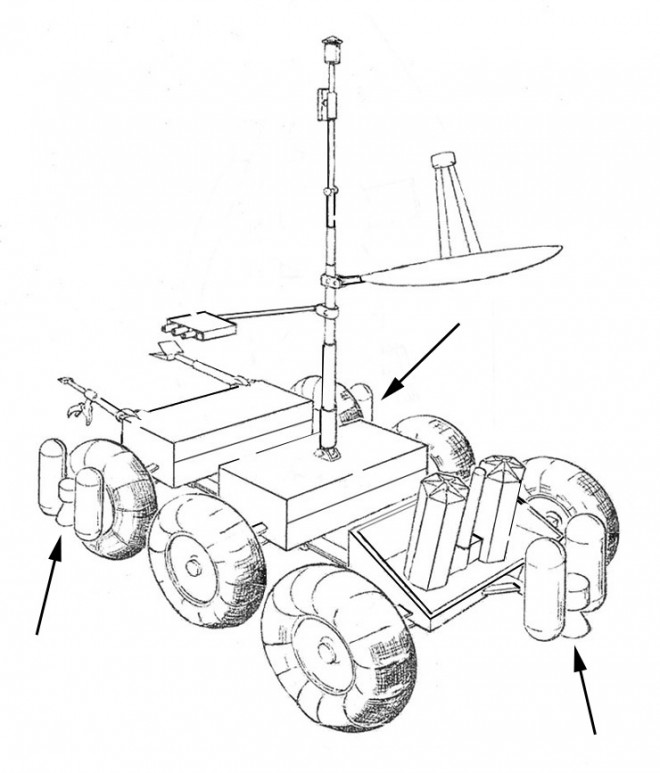 a 12-man design team at the Jet Propulsion Laboratory (JPL) in Pasadena, California, described a U.S. Mars rover mission in 1979. Billed as a “logical follow-on” to the Viking landings planned for mid-1976, JPL’s 1127-pound rover would include six wire wheels akin to those on the Apollo Lunar Roving Vehicle

posted on Nov, 27 2014 @ 03:36 AM
link
Funny how the conspiracy believers ridicule mainstream science and scientists, but will readily give such nonsense as this any amount of credit.


Well said WildeSpace. I couldn't agree more.
Why on Gods earth do people run with such little evidence? A phone call? I cant believe anyone would burn bandwidth on info from C2C...
No research by any supporters lol.
Lets set a basic fact straight. There were no live video feeds from the Viking 'Lander'. She could only take stills!!
This was typical with the rovers to come.. Sojourner, MER A & B etc. I will leave the reasons why for anyone to research
Lets see what she said, according to the OP ;P

The "former NASA employee" said she and her colleagues were maintaining the equipment when suddenly the video feed got cut off. She went on to say that when they ran upstairs, ....

Common. If your going to spread nonsense around a least do your home work on the subject first. Too many holes in the lonely callers testimony. She just wanted attention or worse A Troll. Perpetuating her nonsense here is just what she wants. Verify info. Check on the Tech spec of Viking. And if its from C2C, then treat such one dimensional testimonies with a pinch of salt!! I'm still trying to work out how some posters here have already taken such laughable info so seriously. YIKES!!!
edit on 27-11-2014 by harry20007 because: typos and aditional info.


Prize goes to the first ATSer who can find and post that photo.

Well this isn't the pic you asked for, but it may be what she saw... 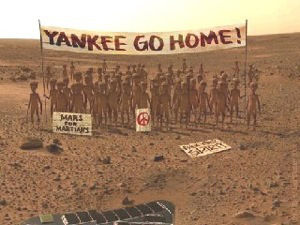 posted on Nov, 27 2014 @ 05:38 AM
link
One of the things that make me sceptical about such super-science stories is that I dated a PhD graduate and quite regularly saw colleagues and professors of his. They're extremely intelligent people and rather prominent experts on subjects in mathematics and physics. Let's suppose there's this super secret knowledge, this absolutely beyond what we know science: that's just weird! I mean, basically the best of the best don't have that knowledge, they themselves ARE the pioneers. And there aren't that many Einsteins that could explain this super secret science society that makes it possible (for instance) to walk on Mars in 1979. Especially not if they're not as deep in knowledge and expertise as a professor, and many with such intellectual capacities choose the academic path, which is pioneering work and most of it rather out in the open.

posted on Nov, 27 2014 @ 07:02 AM
link
It always makes me chuckle when someone discredits stories such as these simply for lack of evidence. Are you really so nieve to think those who withold the evidence would allow the most remote chance of it being revealed? In this case, the only evidence is video footage, which no doubt would be under the tightest lock and key available, if it wasn't destroyed already...

Psychological dissonance. Look it up.

Too bad the images were not transmitted as real-time video. [HOAX!]

originally posted by: wildespace
Funny how the conspiracy believers ridicule mainstream science and scientists, but will readily give such nonsense as this any amount of credit.

It's not funny, it's a sad reflection on the educational system these people come from.

Four pages on this crap? Seriously?

You know, to hell with completing my education! I'll still have to pay off those loans with real hard work.

Instead I can just call into a show with ZERO scientific credibility, whose host is more about entertainment than accuracy of outrageous claims and say that while I was a student on a summer program at NASA Ames I saw 3 foot tall aliens from the planet Mars who I ate space cakes with every morning.

Then I can write a book about it and go on the UFOs as Alien convention speaking circuit and take gullible people's money in the conspiracy/'consciousness' industry. 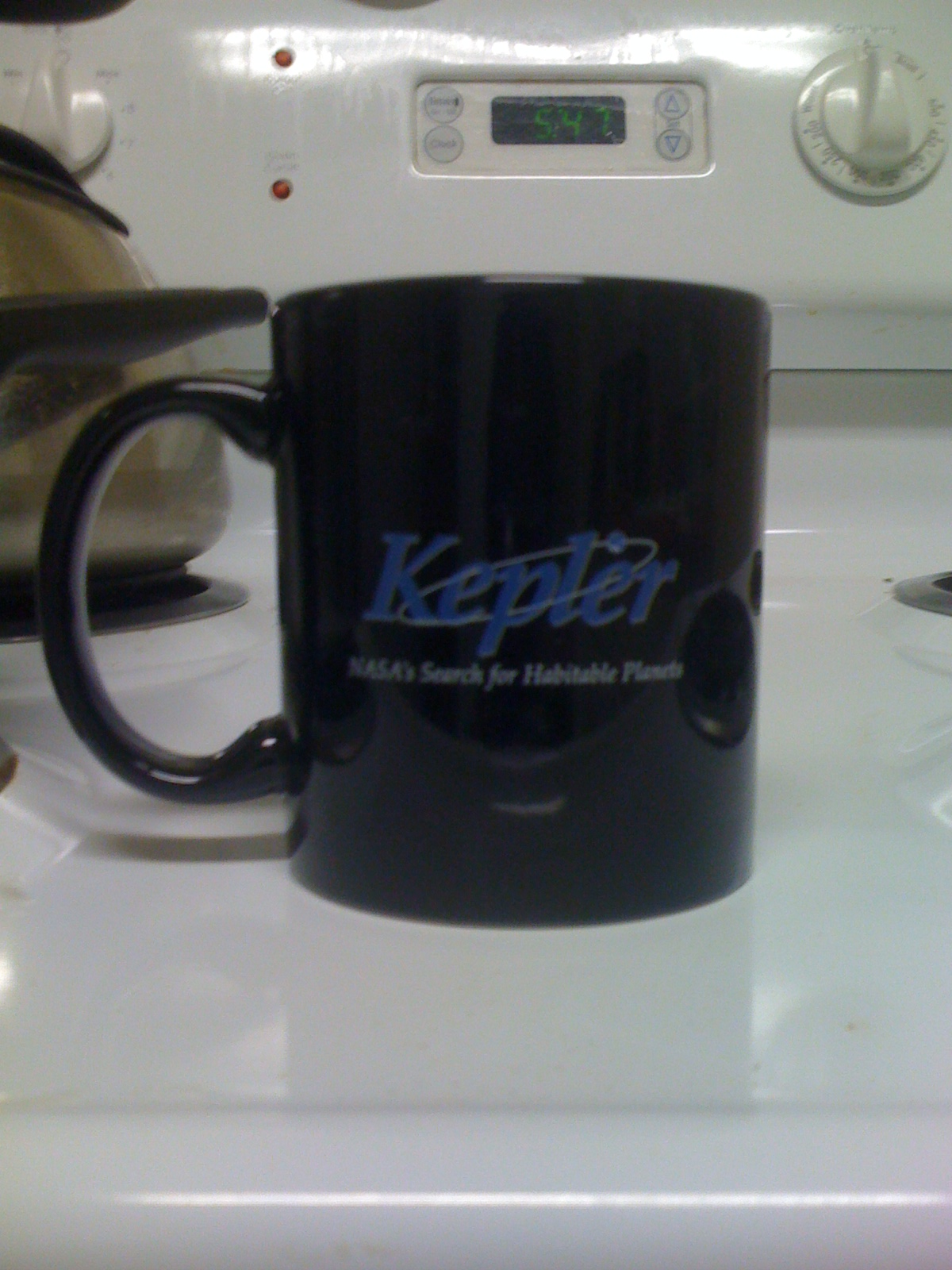 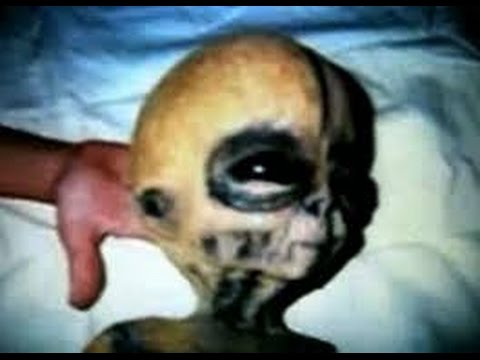 Makes you wonder if they don't have Internet over at the studios where they do C2C. I mean, come on, a person phones in with a stark claim - and the presenter does not even check the most essential facts? Bloody barracudas - and you Americans listen to that type of trash? Sheeeez..
edit on 27-11-2014 by ForteanOrg because: it seems it is 'presenter' and not 'presentor'. Foggy day in nowhereland..

originally posted by: ForteanOrg
a reply to: 1947boomer

Makes you wonder if they don't have Internet over at the studios where they do C2C. I mean, come on, a person phones in with a stark claim - and the presenter does not even check the most essential facts? Bloody barracudas - and you Americans listen to that type of trash? Sheeeez..

People who seem to love George Noory are the same who failed basic maths.

originally posted by: Gh0stwalker
It always makes me chuckle when someone discredits stories such as these simply for lack of evidence. Are you really so nieve to think those who withold the evidence would allow the most remote chance of it being revealed? In this case, the only evidence is video footage, which no doubt would be under the tightest lock and key available, if it wasn't destroyed already...

Sometimes a modicum of common sense has to be applied to a story as well. No hardcopy proof, no corroborating witnesses - and if it was a NASA program, how much sense does that make? So they had a super secret mission on Mars, and yet.. they were at the same time, spending time to just struggle to get a lander on Mars to gather data? This makes ho much sense? How would only a small part of NASA figure out how to get this done, when the rest of NASA still has no idea how to do this safely?

It's just bunk, pure and simple. Anyone can call into that show and say absolutely anything - you tend to believe them because why?

How did they get landers to rove around?

Were there any type of roving vehicles sent with the landers we weren't told about?

posted on Nov, 27 2014 @ 11:44 AM
link
Yes, this story is hopelessly unreliable. But how likely is someone like Ben Rich, who has spent most of his working life inside the deepest black projects, to give away details of one of the most secret? I scent disinformation.

Hi Jim,
That's a fun anecdote about the imaging team, I would have done the same.


Prize goes to the first ATSer who can find and post that photo.

Quality is mediocre I know, but it's the best I can find.

So what's the prize ?

So, this woman recently calls a radio show and wants help to solve a "27-year-old mystery", about what she claims she saw in 1979.

This "Jackie" claimed to work for NASA and she can't even add up!

Hopefully she DOES realize that the bandwidth of the CURRENT mars rovers
is in the 32 kilobits per second range which would make truly live video IMPOSSIBLE.
That's worse than a 1990's era 56k Modem

AND that the signal would take a few minutes to reach earth
and thus LIVE control of the rovers is impossible. there is a minimum
3 to 8 minute delay on signals between Earth and Mars!

The ORIGINAL VIKING would have been MUCH WORSE in terms of data transmission capability
more like 300 Bits Per Second ( or 37 bytes per second) In fact live video would have been
impossible PERIOD on the original Viking. It didn't have enough RAM MEMORY onboard.

The lander used a Honeywell HDC 402 CPU which was attached to
with 54 Kilobytes of plated-wire RAM. That's not enough to even
send more than a few 256 pixel by 256 pixel greyscale images
every few minutes.

So that idea is toast in terms of Viking Lander video capability!

posted on Nov, 27 2014 @ 02:45 PM
link
I believe there is so much the government and military are hiding to keep control on the masses they have at hand. The more ludicrous the story the better for them to call hoax and this person is a lunatic. Explain to me why this could not be possible? The amount of testimonies from people stating the crazy things is enormous and just cause so many people want to live a life of believing the government and military won't lie to me is full of s**t. Just like we create and use time and money to justify how we do our daily business. I for one will not call it a hoax completely and believe there's a lot more happening inside our solar system then they allow us to know. Considering there's so much we don't even get to know what's happening here on our own little piece of dirt called Earth. Amazing how many people throw everything in the trash bin just cause they don't believe it. She was asking for help and answers and no ones going to give em.
True question is why is everything discredited due to no evidence?
And why would we not attempt more space satellites and missions or even attempt a dyson sphere? Why have so many spy satellites? and such hardcoded and encryptions for these computers if there's nothing to hide?

It's futile pointing out facts. This thread should have been moved to [HOAX!] by the bottom of the first page.