originally posted by: deadeyedick
So what happens when one adds apples and cinnamon to the mix? What would you add and what would the benefit be?

It is likely no one will know what i am speaking of but some may if they are true to their spirit. Give it your best shot even if you are lost.

Perhaps we can call on haggard to help


I would add a pinch of nutmeg, salt, pepper and allspice - just to spice up existence!

originally posted by: Wifibrains
I will put this here for now, as your question has stirred up some kind of self generating response. Gushing with secrets of alchemy and transmutation of mind body and soul into cosmic onenes, a formulae for the solution will soon reveal itself out of the blue, I'm sure.

The concept is scientific and water is a key player, along with the other elements. I won't force them into a system but will let them play into the bigger picture of there own accord in there own time.

When the balance between the two solutions are identical, the water molecules can flow freely across the membranes with out any detrimental effects. Harmonious equilibrium.

The abyss of space is there, the body water is there, proof of concept is there. It's just a few choice words and an undeniable link between the two that need to fall into place.

Here are some choice words that show how we fell into place.

And the way out?

Transport across the "plasma" membrane of a "organic" cell, movement of "water" and "gases" and three possible working models of the process. All within a closed system...

The elements are states of matter that can be entered through consciousness and used as a transcendental ladder back up from the solid through the levels of matter of varying density, effectively diluting or dissolving back into the spirit. 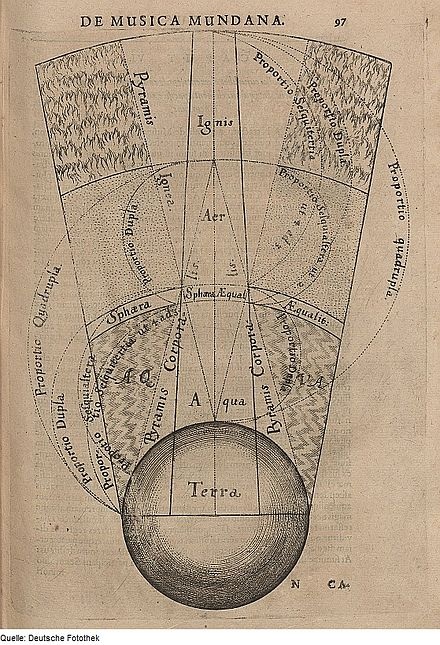 In Buddhism, the "four great elements" (Pali: cattāro mahābhūtāni) are earth, water, fire
and air. Buddhism sometimes adds elements of space and consciousness, in Hinduism the fifth element is ether which relates directly to the 'Spiritual Sky' or Akash.

In classical thought, the four elements sometimes including a fifth element or quintessence.

In Buddhism the four great elements, to which two others are sometimes added, are not viewed as substances, but as categories of sensory experience.

The concept of the five elements formed a basis of analysis in both Hinduism and Buddhism. In Hinduism, particularly in an esoteric context, the four states-of-matter describe matter, and a fifth element describes that which was beyond the material world. 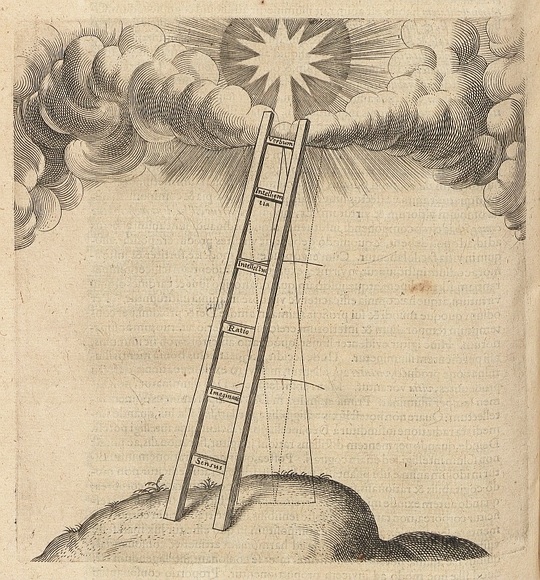 I may have to try that. I am not sure how the capsasin will blend in but afterall we do have those receptors on our tounge specifically for that. 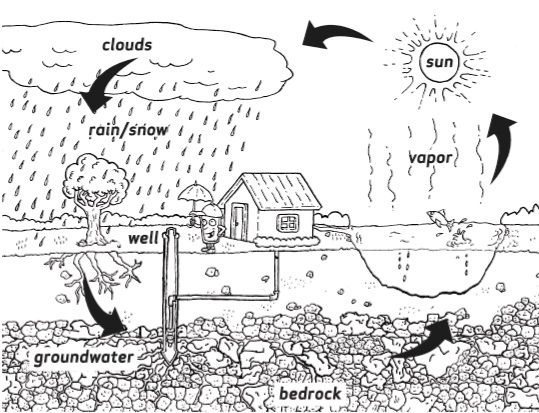 
Is and is called appellativa et attractiva, for it is possible for it to attract to itself from far or near, food of which it is desirous out of results and places agreeable to its nature, and it can grow and increase. And here it hath a magnetic power, like that of a man for a woman, the Mercurius for the Sulphur, the dry for the moist, the Materia for the form. Therefore the axiom of the Philosophers is: natura naturam amat, amplectitur prosequitur. Omnia namquam crescentia, dum radices agunt et vivant, succum ex Terra attrahunt, atque avide arripiant illud, quo vivere et augmentari sentiunt. [Nature loveth nature, surroundeth it, and followeth it. For all plants, when they strike root and begin to live, suck sap out of the earth, and draw to themselves avidly that whereby they sense they can live and multiply themselves.] For where there is hunger and thirst, food and drink will be received with avidity and this Virtus potentia will be aroused, and it cometh from the heat and average dryness.

The Second Virtus and Potentia (water)


Is and is called natura retentiva et coagulativa. For Nature not only alone is useful to it and serveth it for its continuation and is advantageous when it lacketh that which it eagerly produceth from itself, but hath also with it the bond with which it draweth and bringeth and holdeth it to itself. Yea, Nature even changeth it into itself, for as it hath chosen of these two the purest parts, it separateth the rest and bringeth to the mouth and maketh it grow, and is in no need of any other calcination or fixation; nature naturam continet Nature retaineth nature, and such skill cometh from its dryness, for the cold constricteth the gained and evenly-formed parts and drieth them in the Terrae.


The Third Virtus and Potentia
(Wind)

Naturae in rebus generandis et augmentandis.
Est Virtus digestiva, quae fit per putrefactionem seu in putrefactione [is the digestive power, which occurs through the putrefaction or in the putrefaction], in moderate and temperate heat and moisture. For Nature directeth, changeth, and introduceth one kind and quality, the crudeness is done away with, the bitter is made sweet, the harsh is made mild, the rough is made smooth, the immature and wild is made tame, that which was formerly incapable is now made skillful and efficient, and leadeth to the final intended execution and perfection of the Work, and representeth the Ingredientia to the Composition.

Est virtus expulsiva mundificativa, segregativa the expelling, purifying, separating power which separateth and divideth, which purifieth and cleanseth, which washeth during the Sublimation or Decoction. This is caused by and cometh from the agreeable constant heat in appropriate moisture, and that is the Sublimation and mature fruit, which will now fall out of the husk. Therefore it is in the beginning designed by Nature and artisans, namely the Patiens is set free from the Agente, and will be perfected.
Nam liberatio illa a partibus heterogeneis est vita et perfectio omnis Rei, for the liberation of these unequal and opposed parts is the life and perfection of all things

Distilled water is water that has many of its impurities removed through distillation. Distillation involves boiling the water and then condensing the steam into a clean container.

Dr John C. Lilly’s shamanic experiments within his Kings sarcophagus of a floatation tank, led him to suspect that we are living within a vast computer simulation, of which the science fiction author, Philip K. Dick also spoke of after his VALIS experience.

Lilly also stated that there exist nine conditions, of similarity to the ancient Egyptian Ennead of Heliopolis, which can be easily equated with the nine sephiroth of the Cabbala, whose symbolism may be describing the holographic universe.

The (phallic) fish is an ancient pre-Christian symbol of the shamans, which represents the amphibious (hypnagogic) state of trance ingress through a (superimposition) Stargate of a (binary) Vesica Pisces.

These (lemniscate vibrating strings) Stargates lead to the rest of the universe and beyond, as well as potentially allowing ingress into parallel universes within which exist alternate worlds.

The symbolism of the Vesica Pisces, symbol, describes hypnagogic trance intercourse, when the phallic fish of a shamans consciousness attains entry into the watery womb

When the two circles of water (Microcosm/Implicate Order/Inverted triangle) and land (Macrocosm/Explicate Order//Upright Triangle) are intersecting you then have the (superimposition) mid-point of (amphibious) hypnagogic trance, at the ‘almond’ shaped centre. Hence a trance adept of a shaman is symbolically represented as an amphibian, such as a Frog, Serpent or Fish. 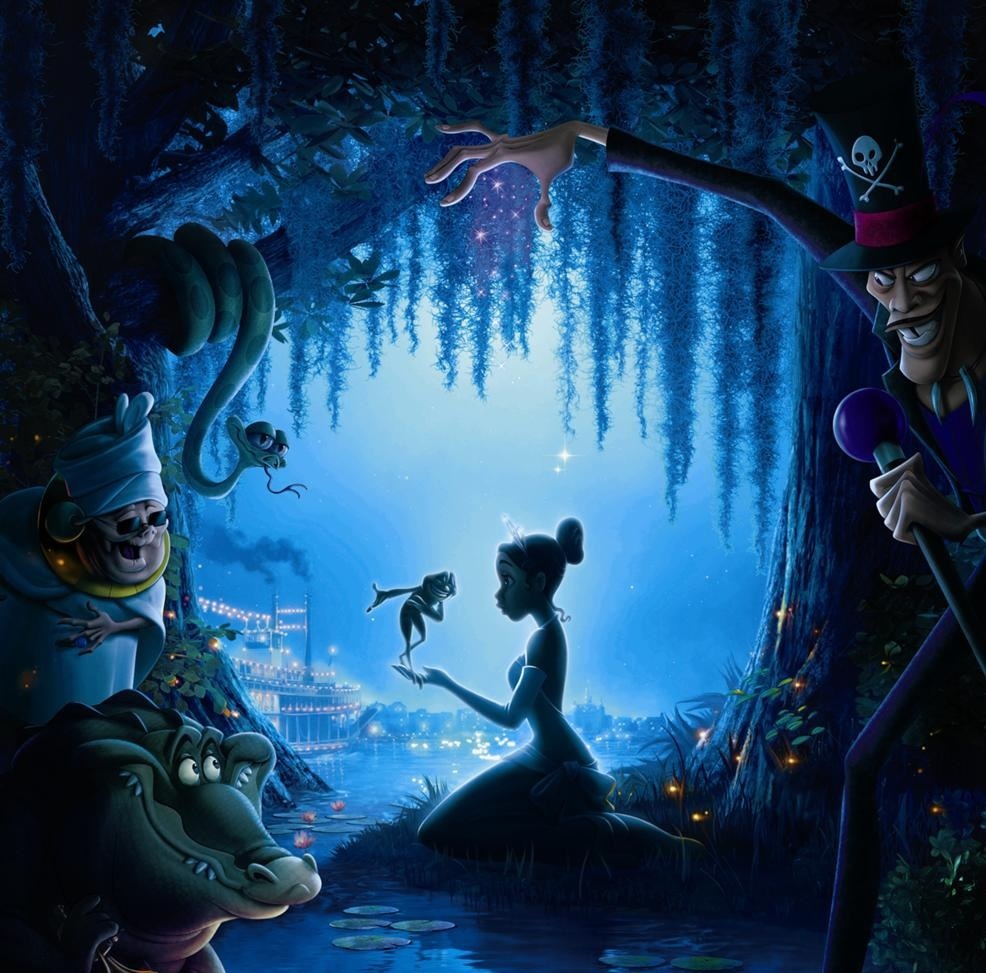 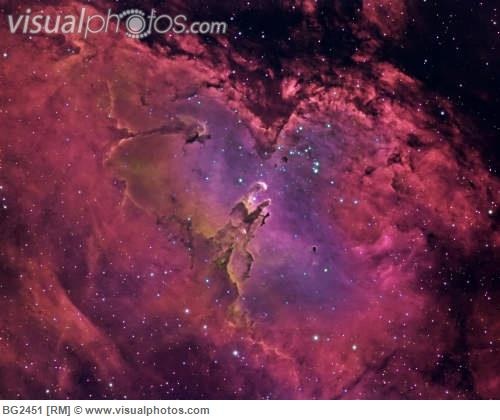 Catching a particle of light and riding its quantum wave to bilocate to any destination in its field, via ones own will and focus.

But again I'm not gonna make it up, I'll just put it together.

All I know is there is a fine line between now and eternity...

The membrane is the labyrinth.. 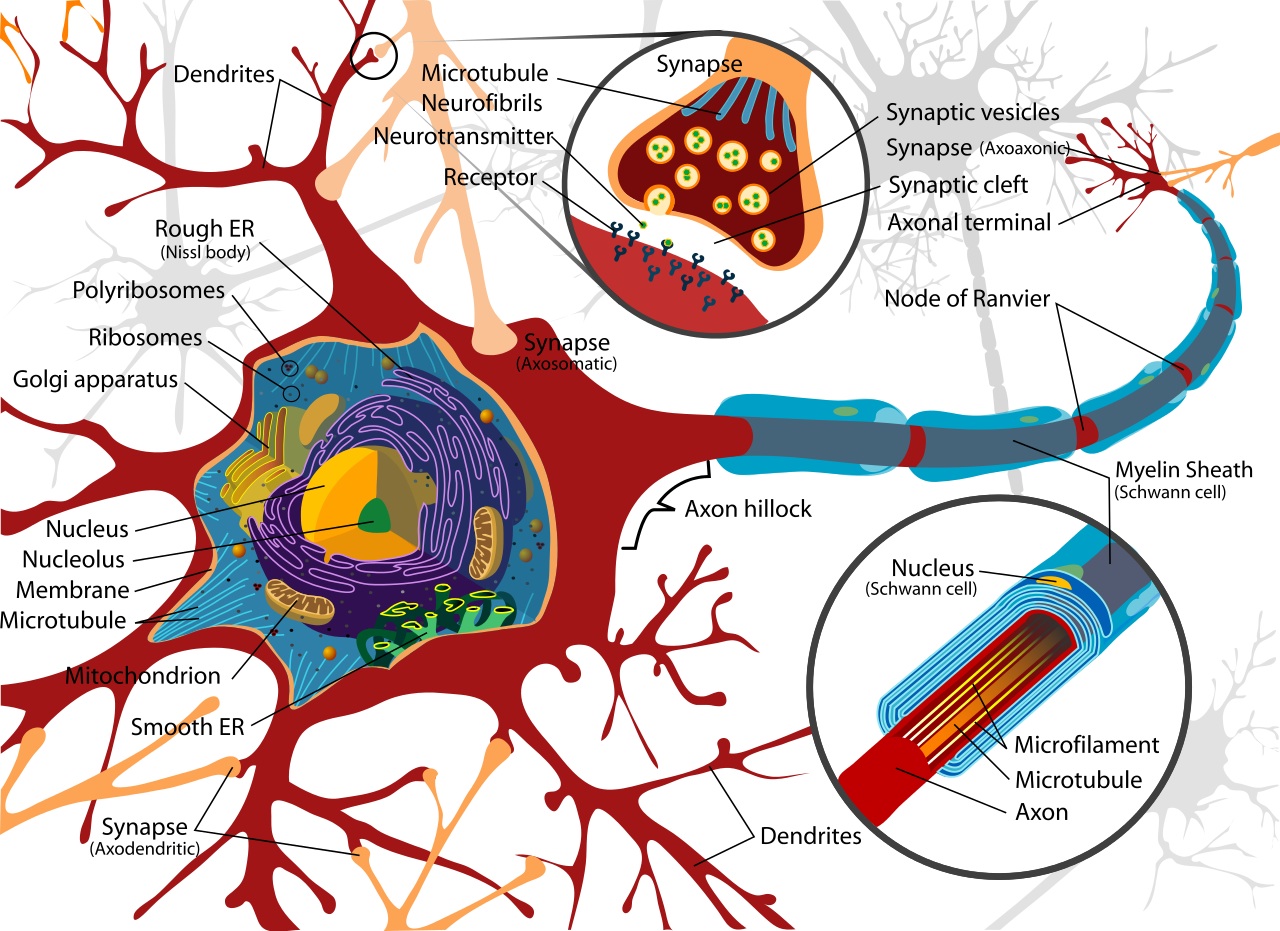 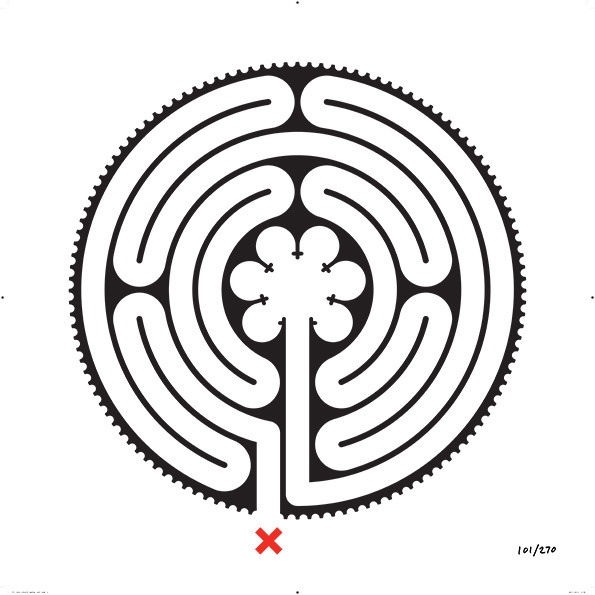 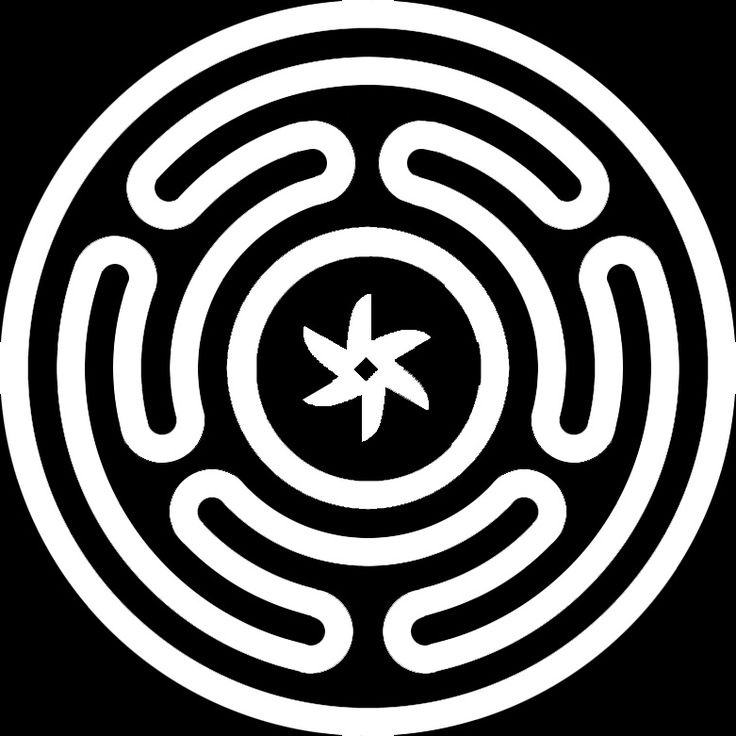 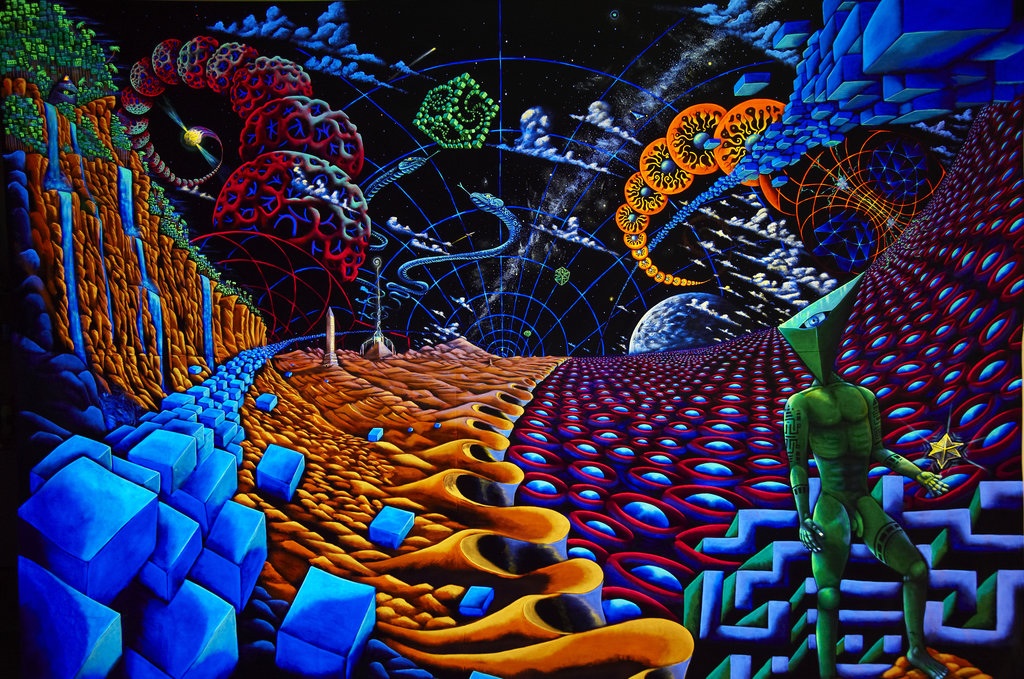