posted on Nov, 26 2014 @ 05:37 AM
link
Your unwanted 陳港生 movies on blue ray may have a better use than your unwanted VSH tapes (I still got betamax around). How?

Blu-ray discs can hold more data than CDs or DVDs can. They encode data using microscopic pits only 25 to 30 nanometers deep and 75 nanometers long. These pits, and the islands between them, together represent the 0s and 1s of binary code that computers use to symbolize information.

So the blue rays are not used as a new material for solar panels, they are used as templates to create the semi random pattern that absorb a wider spectra.

The researchers used a Blu-ray of "Police Story 3: Supercop," starring Jackie Chan, to create a mold for a quasi-random surface texture that they placed on a solar cell. They found that this pattern boosted light absorption significantly — by 21.8 percent over the entire solar spectrum, more so than either a random pattern or no pattern.

陳港生 for thew win!!, no actually any blue ray do.

In tests of a wide range of movies and television shows, the researchers found that it didn't matter which video content was on the Blu-ray discs; they all worked equally well to enhance the light absorption in the solar cells. Instead, the secret lies in the algorithms used to encode data on Blu-rays, which turn data into quasi-random patterns

Yay mindless consumerist will save the environment, oh wait

having established that blue ray TECHNOLOGY not blue ray dircs may be the key to improving photovoltic cell efficiency how about :

While the technology aspect of your posting is impressive; I was also struck by your "uncanny" ability to read and write at the same time.

I am, of course, drawing your attention to the spelling of the very tricky name of Jackie Chan; or is it Chang?

not a fan, neither i care to change it

posted on Nov, 26 2014 @ 08:26 AM
link
Really good find. Saving this information since sometime soonish we're going to be making one panel at a time, and moving towards reducing Fortis.

I enjoy this channel.


If true, the spiral track on the DVD possibly acting as a Fresnel lens ? , which could focus the reflected light.


The researchers used a Blu-ray of "Police Story 3: Supercop," starring Jackie Chan, to create a mold for a quasi-random surface texture that they placed on a solar cell ...


Will they be prosecuted for making a "pirate" copy of the DVD
edit on 26-11-2014 by engvbany because: (no reason given)

posted on Nov, 27 2014 @ 03:38 AM
link
This could have another possible application for spies and paranoids that got to travel with information, make a copy of the information in a solar panel like the ones to charge phones and travel with 1 Tera of sensitive information hide at plain sigh 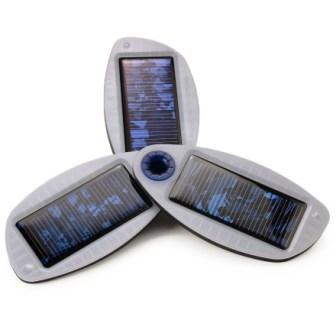 Hey CIA I'm full of nice ideas like this, hire me i could be your Q

And, additionally, a blue ray writer's laser can be used to punch holes at a distance.

It seems to me the blue ray technology has more uses as scraps than as its actual intended usage...