posted on Nov, 25 2014 @ 07:32 AM
link
In CNN's least try to criticize RussiaToday ​CNN’s Amanpour show have completely shown the true nature of westren news media on how they treat guests on there shows.

Last week, CNN’s Christiane Amanpour invited RT’s Anissa Naouai to discuss what the US channel called ‘a heated propaganda war’ by the Russian government. But it never showed viewers Naouai’s criticism of Amanpour's own propaganda exercises. Naouai, host of RT’s In The Now, was invited to speak along with Mikhail Kasyanov, a former Russian prime minister and a fierce critic of President Vladimir Putin’s policies.

Here's the interview you can easily tell the parts which they had cut.


You can tell Amanpour was getting nervous. This is the same Amanpour that lied about Iraq. So the next time you judge RussiaToday could please tell us what are the main objectives of the westren media like CNN and BBC?

FlyersFan
+1 more
posted on Nov, 25 2014 @ 07:37 AM
link
The following is my opinion as a member participating in this discussion.
CNN, MSNBC, and FOX lie. BBC lies. Press TV lies. And yes, Russia Today lies. They all do. They ALL have their agendas. Russia Today is no better than MSNBC. They are all untrustworthy. They have different puppet masters pulling the strings. For CNN and FOX, it's corporate puppet masters. For Press TV and Russia Today, it's their governments pulling the strings and censoring the stories.

originally posted by: Agent_USA_Supporter
So the next time you judge RussiaToday could please tell us what are the main objectives of the westren media like CNN and BBC?

Most already know western media pushes BS, Some here just can't seem to get it through their heads that Russia Today which reports on just about everything else but Russia, does the exact same thing and pushes BS too.

but...for the life of me...I can't seem to point to a reason why I believe RT more than any western news outlet.

It's probably because I grew up in the commie regime...

If I want quasi one sided bias propaganda truth for the rest of the world I watch CNN or any North Amerikan news agency. If I wanna actually know with a little bit of weeding through BS, about North Amerika. I go to pressTV or RT it may be bias and seem slanted, but at least there not afraid to show how messed up we really are by actually BRODCASTING WHAT "should" BE NEWS HERE!!!

posted on Nov, 25 2014 @ 08:20 AM
link
All hierarchal governments oppress the people, all Governments are run by the banking industry (the US was placed back under a hierarchal Govt in the 1830's after fighting to free itself from one in 1776), all govt large or small, Middle Eastern, Eastern or western are all part of the empirical War machine. That will only result in filling hospital beds and graveyards. And the Media outlets are its formidable arm in which to oppress and control the people

Everyone is down on the US but they should be down on any and all Hierarchal Govts.

If your wondering, before the banking state was initiated in the 1830's the US had what is known today as a co-equal interactive Govt, based on co-equal interactive communication, meant to represent all people equally. It never made it out of its infancy because Money is the motivation of all Hierarchal forms of Govt and you can't make money without having a poorer class of people to borrow and oppress.

Wake up world and Know the Truth.

...and anyone wonders why CNN its viewer ratings are imploding ?

What a piece of propaganda and over simplifying CNN item that was.

CNN tries to expose the Russian propaganda with propaganda, the irony.

I agree, FlyersFan, they all lie. Thing is though, one can ferret out more truth by listening to both. At times they bark about the same things and in-between their agenda to expose each others lies, we get a glimmer of truth.


Not because they lie, because they expose each others lies. Can always count on opposing sides to do that out of

The other thing I note that is so telling is the way they edit their content the second time around. Stuff dropped off earlier broadcasts is anther way to discern as the OP has pointed out.

They both have much more inside information than they let on, their cameras and resources are ever so greater than ours. In both lands of state secrets its more helpful to read between their lines. As long as alternative media still exists, I mean.
edit on 25-11-2014 by intrptr because: spelling

posted on Nov, 25 2014 @ 08:45 AM
link
I guess the Canadian CBC must be propaganda too since it is government sponsored. The only news you can trust is from corporations that rely on money from the private sector - whom by the way - expect nothing back from the media corporations they sponsor.

I was being very sarcastic. 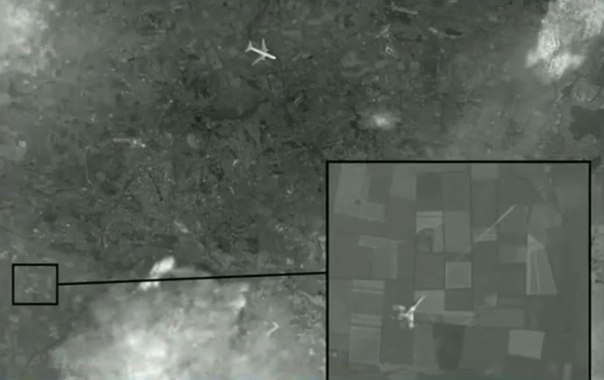 originally posted by: DJW001
a reply to: BornAgainAlien

There is nothing remotely progressive about the motley collection of ultra-nationalists who will make up the new Rada. Most of the new MP’s are rabidly right wing and ultra hostile to Russia, the breakaway regions of Donetsk and Lugansk, the trade unions, the Communist Party, the list goes on. It includes an assortment of Holocaust deniers and sympathisers for the Ukrainian Nazis who fought with the SS during World War Two. It would appear that even people wanted by Interpol for inciting terrorism and responsible for the Odessa massacre on 2 May, such as Right Sector leader Dmitry Yarosh, can be elected to the new Rada.

Let’s take a few examples to show how deeply hollow are the claims that the new Rada will be committed to democracy and freedom. The People’s Front party of Prime Minister Arseniy Yatsenuk topped the poll with 22.2% of the vote. The People’s Front is closely allied with various volunteer battalions of neo-Nazis that have fought in the Donbass region committing war crimes against Russian speakers. Take for example the Aidar battalion which Amnesty International has accused of war crimes during the Ukrainian government’s summer offensive against Novorossia.

Along with this bunch of murderers you have the ultra violent crazies found in the Radical Party led by Oleh Lyashko. The Radical Party received around 8% of the vote and 22 seats in the Rada. The coup in February that brought the CIA sponsored regime to power has meant psychopaths such Lyashko can go around illegally arresting people and taping himself torturing them with impunity. Amnesty International has called on Ukraine’s government to arrest Lyashko and his armed associates.

You didn`t hear Christiane Amanpour talking about the Odessa massacre and the ones who did that, now did you ?

Only in the Western Media was that photo ever even claimed as 'real'.

The original Russian source claimed it was fake, but that the fake could only have been done with the real images, and even asked for the forgery makers to come forward and give the information they had, so that the families of MH17 could find some closure.


agreed. Not so much in the main stream though. Most people that float down river with the current are content to do that. Tell a lie often enough and it becomes truth. (sorry, I don't know who said it).

The direct actions of the military are harder to cover up, though. Lets hope more people can hear the explosions not just all around where the shells and bombs are landing, but in the media as well.

Globalresearch.ca is run by the FSB. Just look at the inflammatory rubbish they post.

Like the article you linked pointed out the pic was copied from Google maps. Only people in the West are stupid (or agonized) enough to think the "Russians" would think they could get away with that.


They both do both. Your attempt to accuse only Russia of "making things up" is ultra ridiculous.

originally posted by: BornAgainAlien
a reply to: DJW001


The "Western" media distinguishes between a theory and a fact. It is probable that separatists shot MH17 down by accident, and that is how it is presented here. What's more, the media will air differences of opinion,as your own link proves. Russian media present outright fabrications as fact, and are not allowed to present dissenting opinions.

posted on Nov, 25 2014 @ 09:07 AM
link
Western media, Russian media, middle eastern media et al all are the arm of the banking industry's hierarchal governments established in every country. They just don't want US citizens to ever realize the Govt established by the people and for the people was taken from them by the banking industry replaced with the current US hierarchal one in the 1830's. But their even bigger fear is if the people try to reestablish the co-equal govt the founders tried to establish in 1776 because it is the ruin of the empirical banking Governments they have set up around the world since the beginning of man's urbanization.
edit on 25-11-2014 by ChesterJohn because: spelling