posted on Nov, 24 2014 @ 05:10 PM
link
In August of this year, member adjensen, authored a thread titled: Why the security of USB is fundamentally broken. In it, he outlined the inherent issues with USB that allow its firmware to be re-written with malicious code, alongside the legitimate code on the myriad of devices we use daily across the planet. Now in November, we have an infected computer in the news, that epitomizes just such an approach...


Smoking will not only damage your health but also your computer, as e-cigarettes manufactured in China are reportedly being used to spread malicious software through the USB connection used to charge the device. 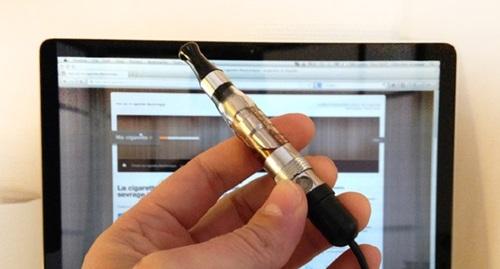 Finally after all traditional means of infection were covered, IT started looking into other possibilities. They finally asked the executive: ‘Have there been any changes in your life recently?’ The executive answered: ‘Well yes, I quit smoking two weeks ago and switched to e-cigarettes.’ And that was the answer they were looking for.”
The e-cigarette was found to have malware hard-coded into the charger, which “phoned home” and infected the system when plugged into the computer’s USB port.


Many of us in the industry have been aware of flaws such as this, among others for years. But up to this point, nothing has gone "viral", if you'll forgive the pun. I suspect we will be seeing more and more of this in the near future, and the implementation of new security protocols within the computer industry, as well as corporations and governments. Protocols, that as usual, will complicate matters for the average computer user, and are often poorly implemented throughout an industry that already needs more standardization, and less "proprietization".
Article Link
edit on 11/24/2014 by Klassified because: (no reason given)

posted on Nov, 24 2014 @ 05:39 PM
link
Years ago my dad brought home free usb strips (with multiple usb ports so you could use multiple devices in one port) and I refused to use them. I'm paranoid I won't deny it but I felt like it would be an easy way to spread viruses or hack into systems.

Of course who would do such a thing and why, I have no clue.

Good thing I plug mine into the wall.


Dell computers are used by governments and corporations across the world. Yes. They are thoroughly checked, but you're right. That's no guarantee. I won't be surprised when Dell, Lenovo, or another manufacturer gets hit hard with an infected chip on a mainboard or peripheral they sell like an external HDD, or flash drive.

originally posted by: mikell
Reason 34989 why our company is bringing more and more work back to the US. Can't trust China just can't.

posted on Nov, 24 2014 @ 07:52 PM
link
Reading the article, I would think it belongs in the hoax-bin. There are no facts, no nothing.... A thing like that would just use the power from the USB to charge its battery, no enumeration, nothing. First bring me that e-cig so that i can analyze it for myself before I'll believe it.


PSSST watch what you say near kettles or irons bought in China .

They are on to us

originally posted by: Hellhound604
Reading the article, I would think it belongs in the hoax-bin. There are no facts, no nothing.... A thing like that would just use the power from the USB to charge its battery, no enumeration, nothing. First bring me that e-cig so that i can analyze it for myself before I'll believe it.

Are you employed in the computer industry?
Would you know what you're looking for?
Have the equipment to do the testing?
Understand code?
I have worked in this industry for many years. I don't know everything, but I know what's possible, because I have seen it myself. This, and much more is possible. That said...
This is a mainstream news article. They are always suspect, but I would say in this case, given the gaping holes in the technology when it comes to security. I have no problem believing this article is true.
edit on 11/24/2014 by Klassified because: (no reason given)

posted on Nov, 24 2014 @ 08:48 PM
link
makes me wonder if we ever go to war with china... they could just
flip a switch and disable all our electronic devices and we would be screwed.

most computers/hardware made in China now days

posted on Nov, 24 2014 @ 09:40 PM
link
I got a virus on one of my laptops a few weeks ago. All of a sudden all the characters in my MS word documents changed to Chinese looking characters right in front of my eyes. Every document I had open started changing. In a few seconds whole documents were Chinese. I closed MS Works but I'm worried I didn't do it quick enough. I was blocked from downloading any software in my attempt to find and stop the virus. I turned off the laptop and pulled the battery. I'll have to find a program on CD or Flash drive to try and fix it or else take it in to someone. I'm really pi$$ed about it.
edit on 24-11-2014 by StoutBroux because: (no reason given)

originally posted by: douglas5
a reply to: StoutBroux

Thanks for that, I will.

posted on Nov, 24 2014 @ 10:50 PM
link
Oh boy. Thanks for the heads up. It makes me wonder about the electronic mouse I use. It too is made in China and the tiny Nano receiver is plugged into the USB port.

posted on Nov, 24 2014 @ 11:33 PM
link
he probably bought it from Ebay. I imagine if a company produced infected ecigs it would be shut down pretty fast.

Im guessing the guy got it from alibaba or ebay or somewhere else online where some asian dude put the virus into the adapter then sold the e cig via auction. Now if this came from a company fresh from the box that would be a problem.