Next Level BS #21: Evil Monsanto or: How I Learned to Stop Worrying and Love the GMO's

page: 1
48
<<   2  3  4 >>
log in
join
share:
theNLBS
+18 more
posted on Nov, 18 2014 @ 05:19 PM
link
Today on Next Level BS, we take great care to find as many people to piss off as possible, as we take a close look Monsanto's lawsuit against Maui. Less than 50,000 voters approved a measure to would halt GMO research and crops on Maui for two years. But Monsanto sued and received a temporary injunction, allowing GMO planing and research to continue. We discover some alarming politically motivated hypocrisy in this issue, that is oddly similar to the global warming debate: except that the logic is flipped! Imagine that. And while the proponents of the measure point to the potential for health issues in kids, they allow much more serious activities, that have proven to cause health problems, to continue.


Watch in HD on www.TheNLBS.com


Share this video. Tell your friends. Expose the Next Level BS!

Check us out on DailyMotion 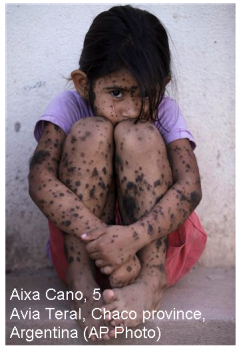 Look at the photo....... Aixa Cano has hairy moles all over her body. Doctors can’t explain them, but they say that Aixa’s birth defect may be linked to agrochemicals. Doesn’t she look like she’s really ashamed of her appearance?


Humans are collateral damage to Monsanto

By far, the most evil corporation to exist on this planet - they should be shut down, disbanded and the board of Directors and financial supports tried for genocide - including Bill Gates.

No doubt, Monsanto is evil. But this episode was primarily about GMO produce.

Overuse of agrochemicals, especially RoundUp (ugh), is another matter… and we do have that on our radar with preliminary research, based off the ATS thread you linked.

Let's remove the science of the GMO debate for a moment...
... Monsanto, as evidenced by their actions alone, is evil. They use typical corporate/government/bully tactics to get their way... Intimidation & bankrupting their opponents.

That, my friend, is pure evil.

Ok, i'm done. We can re-insert the GMO debate.

originally posted by: six67seven
Dare I say it.... "Stupidity of the American voter." There, I said it.


Let me repeat it.


Monsanto, as evidenced by their actions alone, is evil. They use typical corporate/government/bully tactics to get their way... Intimidation & bankrupting their opponents.


You can be certain of a Monsanto-specific takedown from NLBS in the coming weeks. Possibly even an interview.

Understood, I can't help but look at the history of this outfit and see what products they have developed for the human race.

Under the International Organisation for Standardization (ISO) and all that is good and decent about the world, the clowns in charge of this corporation are seemly beyond reproach and the advent of GMO's has seemly produced very little by way of good for us.

A world without GMO's and without Monsanto, in my opinion, would be better than what currently exists.

posted on Nov, 18 2014 @ 05:43 PM
link
What I've never understood is a lot of the conspiracy surrounding GMOs, corn especially, is that they "contain RoundUp inside the crop" in order to kill insects that try to feed on it. In my opinion, That's the biggest BS I've ever heard.

#1) RoundUp is an HERBICIDE. It kills plants.

It says right on the package, "RoundUp READY".

Do you not know what that means? It means the crop is genetically modified to RESIST THEIR OWN HERBICIDE.

Additionally, the method they use to kill insects feeding on the crops is by modifying them to grow a bacteria known as Bt, or Bacillus thuringiensis, which is deadly to insects. Not sure what it does to humans, however...

I'm conflicted on Monsanto. I see the benefit in the science.

However, if a State decides they want to be Monsanto free, it should be honored. If the people of that state say, no we want to focus and grow are own organic crops, get your science experiments out of our neighboring fields... monsanto should get the hell out. Period.

I am concerned about any long-term effects of GMO. There was a time we thought lead paint was safe. Cigarettes. Sweeteners. Asbestos. Mercury. Sugar. Ephedrine. All at one time were "safe" and now, we've found out, with long-term observation, they're not. Isn't this a reasonable possibility, considering other behaviors of the companies that are pushing GMOs?

I don't have any problem with people growing GMO foods. Just label them. Everything else about the food is on the label. As a consumer, I want to know.

No doubt, Monsanto is evil. But this episode was primarily about GMO produce.

Overuse of agrochemicals, especially RoundUp (ugh), is another matter… and we do have that on our radar with preliminary research, based off the ATS thread you linked.

Actually, I think the two 'issues' are very intertwined as many GMO crops were designed specifically to resist ever increasing levels of 'RoundUp' to combat every increasing resistance in weeds.


In 2008, the USDA Agricultural Research Service recognized that, "As some cotton growers have relied exclusively on glyphosate (Roundup) to control weeds, it was inevitable that weed resistance to glyphosate would develop." The report recommended that farmers use both crop and herbicide rotation systems to avoid the development of resistant weeds. They also suggested planting winter cover crops, like rye, before planting the cotton, weeding the fields by hand, or using traditional pre- and post-emergence herbicides to control any weeds that germinate and survive the other methods.

Yeah - I think separating the two issues is part of the problem. You cannot separate an integrated system into component parts and have a realistic idea of how it or the system as a whole operates.
edit on 18-11-2014 by FyreByrd because: (no reason given)

posted on Nov, 18 2014 @ 06:14 PM
link
I have a problem with any corporation that is STEALING land and bankrupting farmers who's crops are CONTAMINATED by Monsanto.

That the political and court system allows this is real next level BS.

GMOs and Aquaponic agriculture are the only way to prevent starvation, malnutrition and eco system destruction if humanity is to continue to grow its population. That still won't solve our fresh water problems, but it will be a step forward. I love how the enemies of GMOs mainly have zero scientific understanding of what qualifies as a GMO. Technically, some nutrient fortified crops and disease resistant plants can qualify as GMOs.

Good episode and yes I believe you will take some heat on this one.

Look there is no doubt corporations suck like Monsanto but that doesn't mean their products suck. I had this debate a few days ago with someone and they kept going on and on about Monsanto GMOs then when I asked them their opinion on the other companies GMOs they were stunned. They didn't know there were other companies producing GMO seeds.


Anyway I am glad I am not a libtard on this one because it has been the science I have stuck to. Just bought some beefsteak Tomatoes the other day. They're delicious.

no doubt monsanto are evil....and interview with them would be interesting...

there is little point in wanting to shut them down though as they would be replaced with a corporation likely just as evil if not worse....i have no doubt the round up ready crops they produce are affecting the ecosystems of this planet but the jury is not out as to whether or not it is any worse than than the traditional farming practices out there...anything mass produced on a global level is is harmful

it is really about time there was a global movement to a much more sustainable form of agriculture ...the real question is how to achieve that whilst still feeding the masses


bankrupting farmers who's crops are CONTAMINATED by Monsanto.

Do you have any examples of this? I've yet to see one.

originally posted by: Grimpachi
Good episode and yes I believe you will take some heat on this one.


We're not afraid to take the unpopular road if the facts on our our side… regarding GMO, and related hard subjects.