Looking for a New MMO

posted on Nov, 14 2014 @ 06:12 PM
link
I have been playing MMOs for years starting with The Realm in the mid-90s and moving through Everquest, Everquest II, Star Trek Online, Anarchy Online, Warhammer Online, Age of Conan among others. I am looking for a new MMO to play and prefer something from the fantasy genre over sci-fi. A hybrid is okay as well. I prefer something more involved over something overly dumbed down (like WoW). I play on PC only as I never got into consoles after the Atari 2600.

Does anyone have any suggestions?

It's when you give up your personal life for a great cause...like entering dungeons with a party from around the world.

To the OP, for some ideas:

You might enter ones that sound interesting into Metacritic.com and see what aggregate reviews pop up.


Had a bad experience with my last mmo, "Uncharted Waters" (a revamp of the old nintendo game)
Put around two hundred hours on it but they pulled the North American plug without any warning.
Nasty stuff. Awaiting replies.

I didn't play the MMO but I love, love, LOVED the old SNES game.

A few of my friends, some of whom used to WoW, are playing League of Legends these days.

Elder Scrolls Online seems to be popular too (possibly because it's still so recent); a little bit grittier style fantasy.

Not sure how simplified these are though.

You could always check out the old classic Runescape lol!

It's a hybrid type of fantasy/medieval setting, with some science and technology/machinery involved.

A great game to play, if you have ever played any of the previous Final Fantasy titles, be it online or offline.

You will also enjoy it a lot if you have played MMO's like World of Warcraft in the past. It is a lot like WoW.

If you really want a huge detour from American mainstream MMO's, you could go for Korean MMO's.

Generally speaking, most Korean MMO's looks extremely gorgeous, way better than any MMO we have in the American market.

However, Korean MMO's are notoriously difficult to get into, usually because their games are only released in Korea/China and certain parts of Asia. Most American players cannot play, there is also the language barrier issue, so...

But if somehow you're able to try out one of the Korean MMO's, you will know what I'm talking about.

They are incredible time sinks, but I love meeting and talking to people from around the globe. I wouldn't have friends in Norway or Denmark without MMOs.

You can even earn ingame currency to pay for your own account within three months.

If you are keen, PM me and I'll send a personal invite that will grant you a 21-day free trial.
edit on 14-11-2014 by LightAssassin because: (no reason given)

I still play the old one on my comp using an emulator.
You know what the best part is? You can hit the space bar and speed up time.

Doesn't take long to have a full fleet of Tekousens (spll) and millions in gold.
Without the space bar it would literally take years to play!
-Glad you enjoyed it

I am looking for a new MMO to play and prefer something from the fantasy genre over sci-fi. A hybrid is okay as well.

Wildstar kind of has a bit of both , but if you looking for something a bit more of a challenge i can also recommend EVE online.

Not to mention you can save it while playing cards, get a crew a lot easier. I always play as a pirate anyway. I think I'll revisit this game...it's been about seven years. Thanks for the reminder!

posted on Nov, 14 2014 @ 07:54 PM
link
I started playing Lord of the Rings online several months ago and got completely hooked. It's the first MMORPG I have played and stays very true to Tolkien and I find it completely immersive. It's also FREE which is nice.
LOTR Online

Wife and I are playing Archeage Having a blast.

You can play as the illuminati.

posted on Nov, 14 2014 @ 08:28 PM
link
Champions Online for the hundreds of hours you'll waste, having fun coming up with weird costumes and power combos.

Ive been playing eve-online for a very long time, so i have to give it a thumbs up.

Its a long game of patience building your character and assets and friends. Not so much a pick of the shelf and start spamming missiles at everything. Its very 'dangerous', scamming, stealing traping, ganking is all perfectly acceptable and you are against some crafty people. Challenge isnt the word for a game like this!!

It is however sci-fi and zero magic fantasy-esque, so may not be your cup of tea right now.

However if you do like space ships, this is all about the spaceships! (soon to be getting fully manual ship control like freelancer) 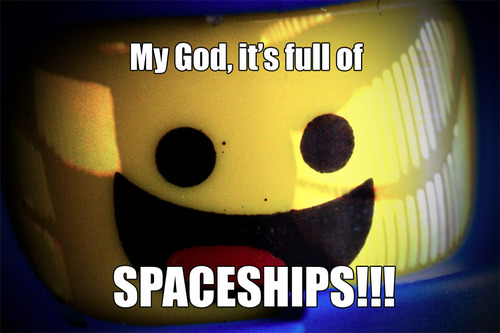