posted on Nov, 14 2014 @ 04:57 PM
link
Beneath the medieval city of Orvieto, Italy, an archaeological team has been excavating a curious structure composed of tunnels and pyramidal chambers that were carved into a layer of volcanic tuff below the city, presumably by the Etruscans, and purposefully sealed off in the late 5th century BC. This was the third year of excavations and while much has been discovered, the purpose for this structure remains a complete mystery.

From a 2012 Discovery News article about the site's discovery:

"Within this upper section, which had been modified in modern times and was used as a wine cellar, we noticed a series of ancient stairs carved into the wall. They were clearly of Etruscan construction," David B. George of the Department of Classics at Saint Anselm, told Discovery News.

As they started digging, George and co-director of the excavation Claudio Bizzarri of the Parco Archeologico Ambientale dell'Orvietano noted that the cave's walls were tapered up in a pyramidal fashion. Intriguingly, a series of tunnels, again of Etruscan construction, ran underneath the wine cellar hinting to the possibility of deeper undiscovered structures below. 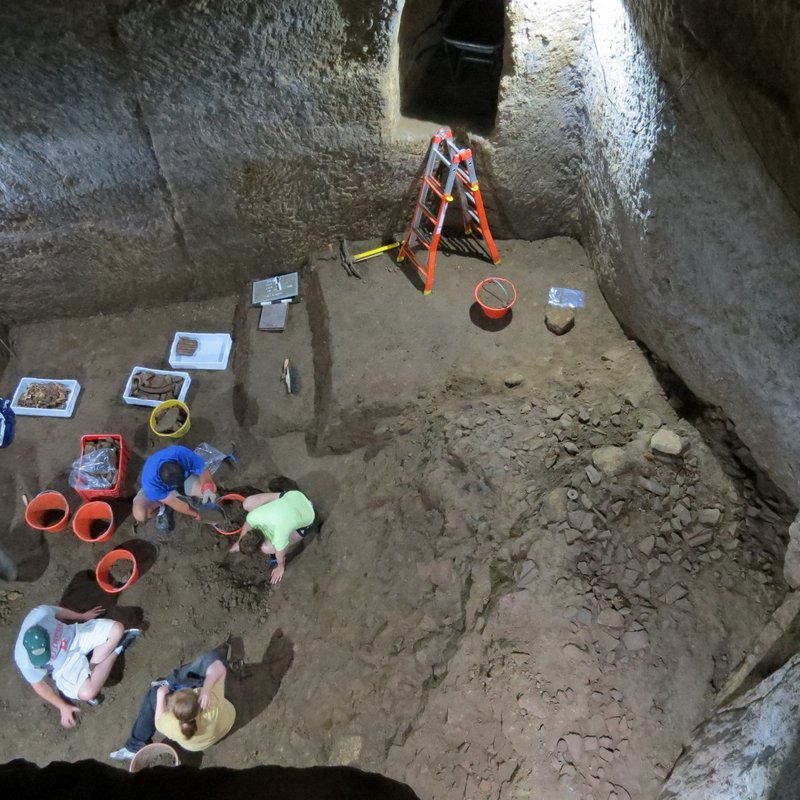 Inside Room A with tunnel to Room B visible in top-right. Image credit: Daniel George, Jr.

Two years later, they're still following those steps down and at a current depth of 15 meters, they've yet to reach the bottom. What they've found so far are heaps of potsherds of different types as well as a slew of architectural and decorative terra cotta. Among these artifacts they've found more than 150 Etruscan inscriptions. Some of the artifacts found have been dated to about 1,000 BC. 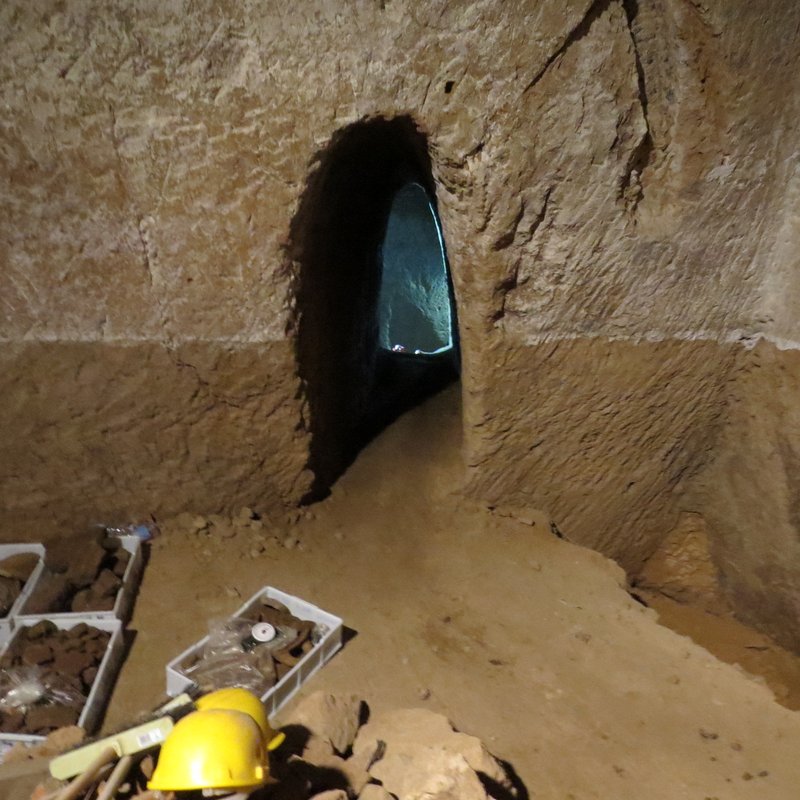 Inside Room B with tunnel to Room A center. Image credit: Daniel George, Jr.

Despite these finds, they still have no idea what this structure was built for — though tombs or other religious structures are (as usual) popular hypotheses. They have however ruled out the site as being a cistern due to the lack of hydraulic treatment. I guess we'll just have to wait to see what they find at the bottom! In the words of the project co-director, Prof. David B. George:

"Most likely, the answer waits at the bottom. The problem is we don't really know how much we have to dig to get down there."

Here's the project's website.
edit on 2014-11-14 by theantediluvian because: (no reason given)