Israel has reportedly imposed a life ban on doctor and activist Mads Gilbert from entering the Gaza Strip. According to The Local news website's Norway edition, the Israeli government cited security reasons for banning Gilbert from the Hamas-run enclave. Gilbert, a leading Norwegian physician known for being severely critical of Israel, worked as a doctor at Shifa Medical Center during the recent war between Israel and militants in the Strip. He also worked there during the previous round of Israel-Gaza fighting, in 2008-2009. According to the report, Gilbert was stopped en route to the Gaza Strip, where he was planning to return to the hospital, by Israeli officials last month. The Norwegian Embassy in Tel Aviv reportedly took up the incident with the Israeli government, who stated that the physician has been banned from Gaza for security reasons.

What right does Israel have in saying who can or cannot go into a foreign nation? They say it is for security reasons so are they saying that this doctor is a terrorist? This doctor has the right to report what he saw while he was in Gaza and Israel has no right to try and stop him from helping the people of Gaza. People say that Israel doesn't occupy Gaza but when you are controlling who is allowed to come into that nation then you are occupying that nation.
edit on 14-11-2014 by buster2010 because: (no reason given)

What right does Israel have in saying who can or cannot go into a foreign nation?

So they can make all the rules they want.

That is disgusting. Shame on Israel, he was doing great work.

posted on Nov, 14 2014 @ 11:17 AM
link
From the source that only "security reasons" I can see from keeping him out is that he's telling the world what's going on there. And he's reputable.

Hamas leaders was seen hiding in the same part of the hospital that he worked in.


So telling the truth of what Israel is doing in Gaza is anti Israeli propaganda? Banning him was the easiest way to stop the truth.


If you did a little checking you would find that Israel always breaks the cease fire they have with Gaza. Gaza is part of Palestine and all of the military actions they conduct in the West Bank is breaking those agreements.
edit on 14-11-2014 by buster2010 because: (no reason given)

His collaboration with Hamas, and his dishonest propaganda.

They were provoked in to breaking it and not one rocket Hamas has shot has killed an Israeli, their non explosive and inaccurate despite the iron dome our tax money paid for.


You are right it is nothing more than a prison. Israel even has the people of that nation on a starvation diet. And these people have the gall to talk about the Warsaw ghetto when they have turned Gaza into a modern day replica of it. 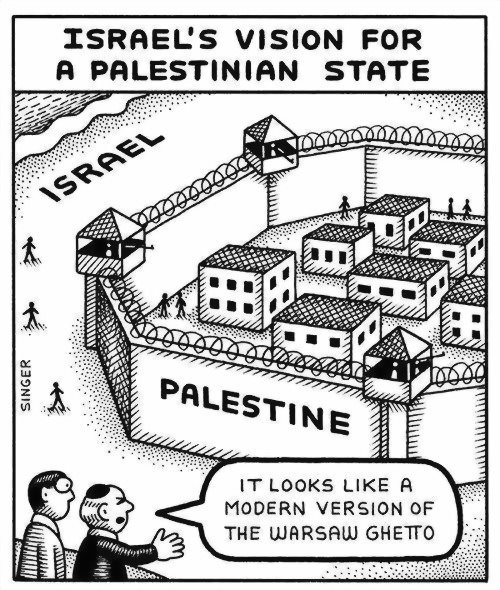 How does he collaborate with Hamas?

What? He isn't entitled to free speech?


Hamas is the democratically elected government of Gaza who else is he supposed to work with? Also the high number of civilian casualties shows what he is saying is true.

That's a nice one but unlike the ghettos people in gaza are rationed by Israel to under 2000 calories a day.

They are in the same state as the Kerds right now. Well not exactly. The Kerds don't even have their own borders, They made their own by laying claim to its territory *Kurdistan* That sits in the Easter half of Turkey, The northern tip of syria and Iraq and a portion of Iran on the west side.

Now in each *segment* They are still technically citizens of the nations they reside in along those borders. But in real life the kerds have an armed military guarding the borders of its *imaginary* town. So technically they do own it but at anytime. Either of these nations could try and make trouble for them. Problem is, there is possibly 60 million kerds living in that region alone.

They know that between 22-40 million live in turkey alone, They however don't have numbers because the Kerds have their own language, their own systems of doing things along these borders.

And it's not like any of these nations are going to piss off 40 million kerds will AK-47s and armored vehicles.
Probably not a good idea.

Will the kerds become a soverign nation? That's a good question. But the rules of the UN state that everyone in the UN has to vote in new soverign nations.
If one country even say no with 1 veto the country will not make it to the UN.

Turkey obviously dosn't want to lose half it's country. Iran would probably say no to it as well Iraq wouldn't really care because... lol how is Iraq going to take that land? Kerds have fought for that ground for hundreds of years. And they are still live and kickin, their population is formidable, and even bigger than many of the nations in the UN. Even my own country Canada.

The US would LOOOOVE to give them land. And supply them with weapons. Iran and the terks would feel different about that however because of the P.K.K the Kerdish special attack forces that did rutine terror operations during the wars of independence.

The P.K.K is still classified as a Terrorist organization because of this to this day.

The Kerds are more likely to gain independance now because of their mounting military might being funded by the West.

The palastinians are suffering but despite all this, The terror organizations within GAZA itself has many nations saying veto to palastines independance.

Since palastine is technically within Israeli borders, And israel is a soverign nation reconized by the internation community.
It can pretty much do what ever it want's to palastine as long as it does not violate any rules in the U.N like Genocide.

Since the palastinians attacked Israel they can bomb the area without any warcrimes. And palastine not being a reconized nation did not recieve any military back up from the UN. Because it is not a member of the U.N. and initated the violent conflict with missles. Many many times.

Basically, unless the rules change in the UN. where every nation has to say YES to get a pass changes. Palastine will never become a soverign nation.

And if that rule did get oppealed. Many other *nations* fighting for independance would all gain independance as well. Cutting the worlds borders even smaller.

There is no exceptions because palastine is not above everyone else in the world sad to say. The world does not bend to what Palastine wants.

If it did WW3 would happen as every groups of people claim their own nationality within already present borders.
The conflict to arise, knowing they can lob missles and gain independance just like Palastine the world would quickly be tossed into conflict. A world wide war of independance.


well for one, I can think of right off, it's not good if Hamas leaders are hiding behind the sick in a hospital. And in war time, if someone got the wrong info or was too gung-ho, which soldiers tend to be when they are trained to fight, after all, Israel could mistakenly bomb a hospital, thinking from intelligence reports, it was a place for meeting for Hamas leaders…..

That's a definitive security problem for both sides, really…..

posted on Nov, 14 2014 @ 09:03 PM
link
Those who wish to heal the Palestinians should keep going. If Israel makes something of it then so be it. Compassion cannot be compromised by fear.

Fear is what is guiding Israels policy, God is the only entity Israel should fear not the alleged intentions of a terrorist, this is as per their writings. Please Israel enable those who wish to heal, help serve your fellow man as God commands you.

What kind of logic is that? Kick doctors out because Israel's child soldiers target hod[itals? Wouldn't the more sensible approach be, y'know, drumming those "soldiers" out on corts-martial for their crimes, rather than punishing the wounded and ill people they targted, by denying htem capable doctors?