another earthquake in oklahoma,4.8

CONWAY SPRINGS, Kansas - A large earthquake that originated in Kansas was felt by residents across Oklahoma, Wednesday afternoon.
The Unites States Geological Survey recorded the 4.8 magnitude temblor at 3:40 p.m., eight miles to the south of Conway Springs, Kansas, or about 124 miles north of the Oklahoma City metro, at a depth of three miles.

The Oklahoma Geological Survey posted he same earthquake as a 5.3 magnitude in the same location.

Several viewers called and wrote in to News 9 reporting to have felt the quake, some even as far south as Norman, Okla. So far there have been no reports of damage or injuries related to this earthquake.


another earthquake in oklahoma,4.8

Another one, things are picking up in oklahoma it seems. Never felt an eq in ok for my first thirty years .

Then all the sudden they are all over. What's going on here?fracking? Madrid fault?

eta apparently it was in kansas but friend felt it in midwest city. go figure

Either natural or being caused by fracking or something else I can't answer.

I'm betting fracking has a lot to do with eq's in OK. Best pray that it dosen't cut the Madrid falt loose.

posted on Nov, 12 2014 @ 05:22 PM
link
The last major New Madrid quake did an incredible amount of damage. Nowadays it would be even worse because the land is so developed with large amounts of people.

RunForTheHills and olaru12, it wouldn't be a good situation.

posted on Nov, 12 2014 @ 05:47 PM
link
I've been monitoring all the earthquakes for the last 2 weeks via www.wolton.net... (available for android as well) and there's been swarm after swarm not just in that area but along the San Andreas Fault and pretty much the entire Pacific/North American plate. They've all been M3.5 or lower though.
It's interesting the swarms increase as the solar activity increases.
This guy TerralBlackstar has some interesting theories that tie into HAARP, the increased activity in Yellowstone , Niburu (aka Blackstar
and the massive sunspots

Which would also sort of tie into Edgar Cayce's predictions regarding pole shifts and his map of the future as well as the alleged USCG map that mirrors it. Interesting times we are living in.
www.in5d.com...

A lot of connections can be made by all this activity.
edit on 12-11-2014 by phoenix9884 because: added more sources and info

posted on Nov, 12 2014 @ 05:54 PM
link
Military detonating old munitions underground? They do it in MS and we always felt it as an earthquake. I wonder what the yield would have to be to elicit a 4.8...

I doubt aftershocks, as I said I've been monitoring them for a couple weeks and not only are the swarms increasing but the intensity as well. You can see here the swarms from just the last week around the New Madrid and San Andreas faults 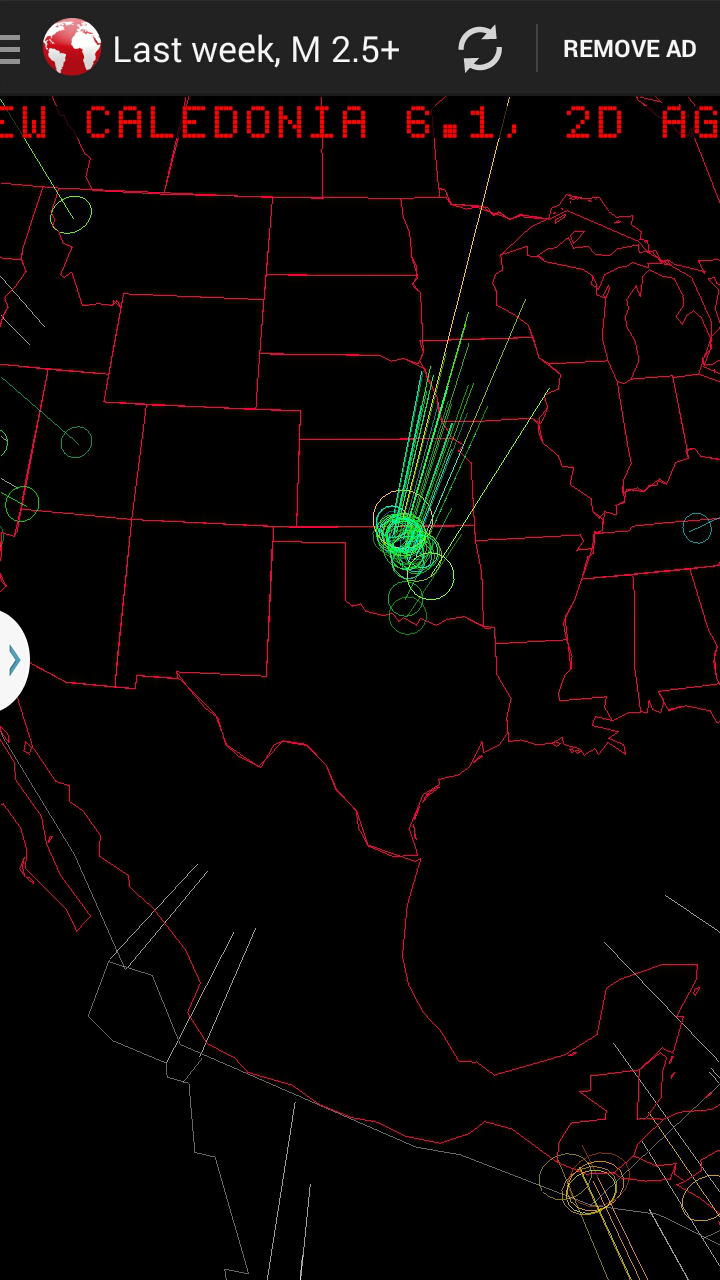 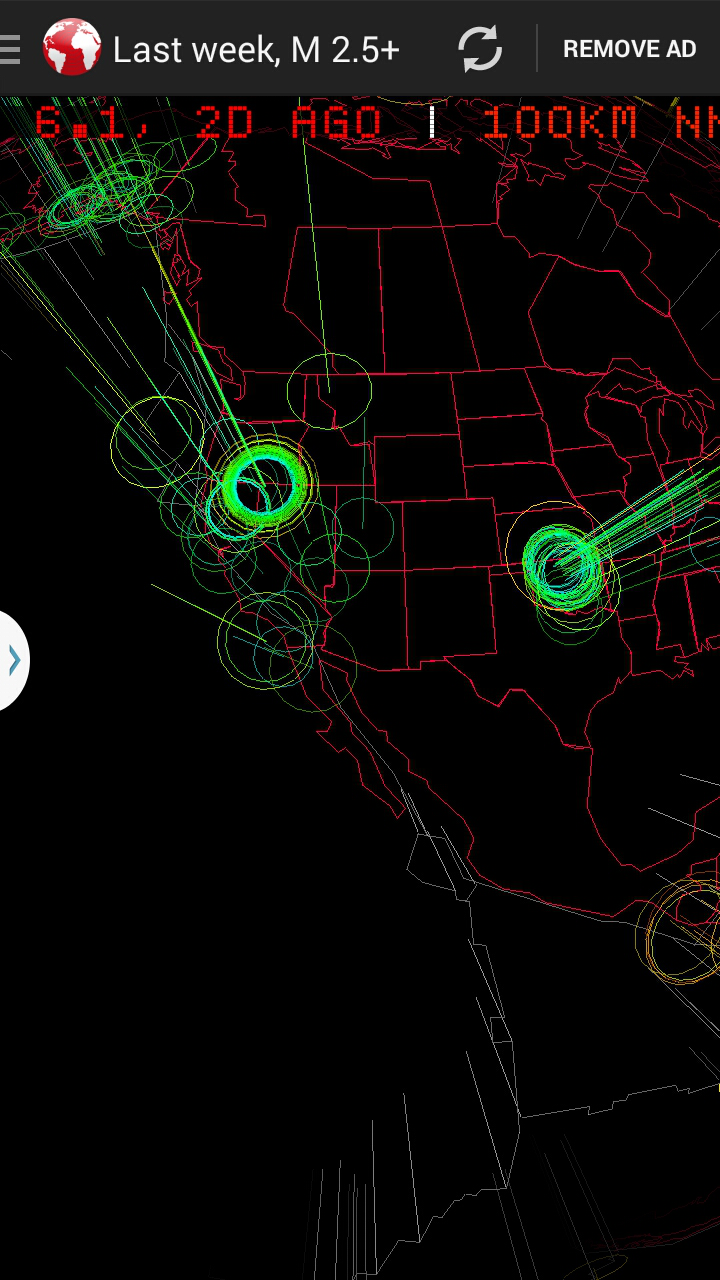 As Terralblackstar explains (which is not to say he's correct merely a theory) the N. American plate is pushing up toward the Pacific plate with a small plate, the Juan de Fuca Plate off of the coast of British Columbia and Yukon wedged between the 2 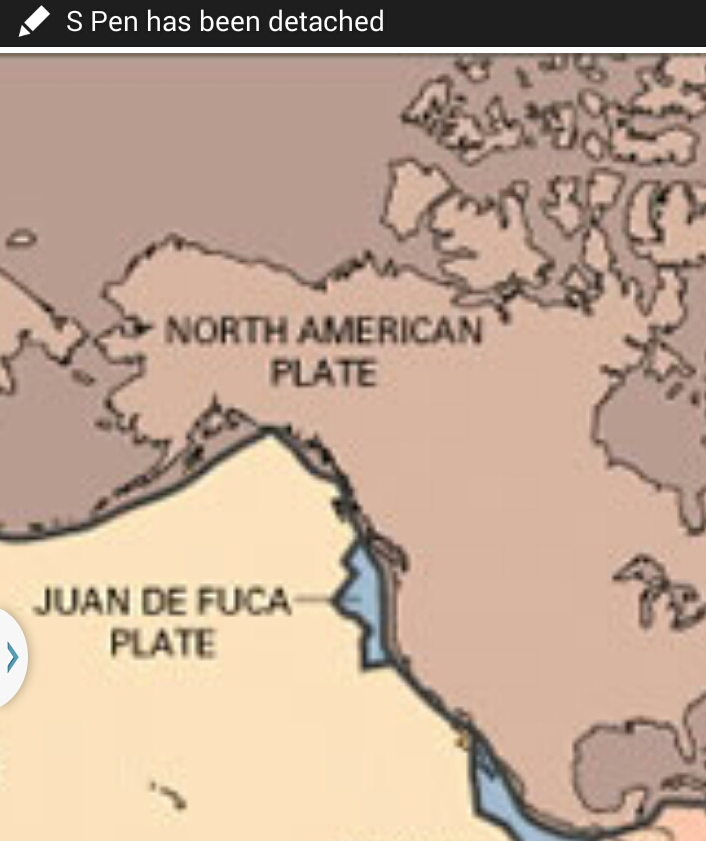 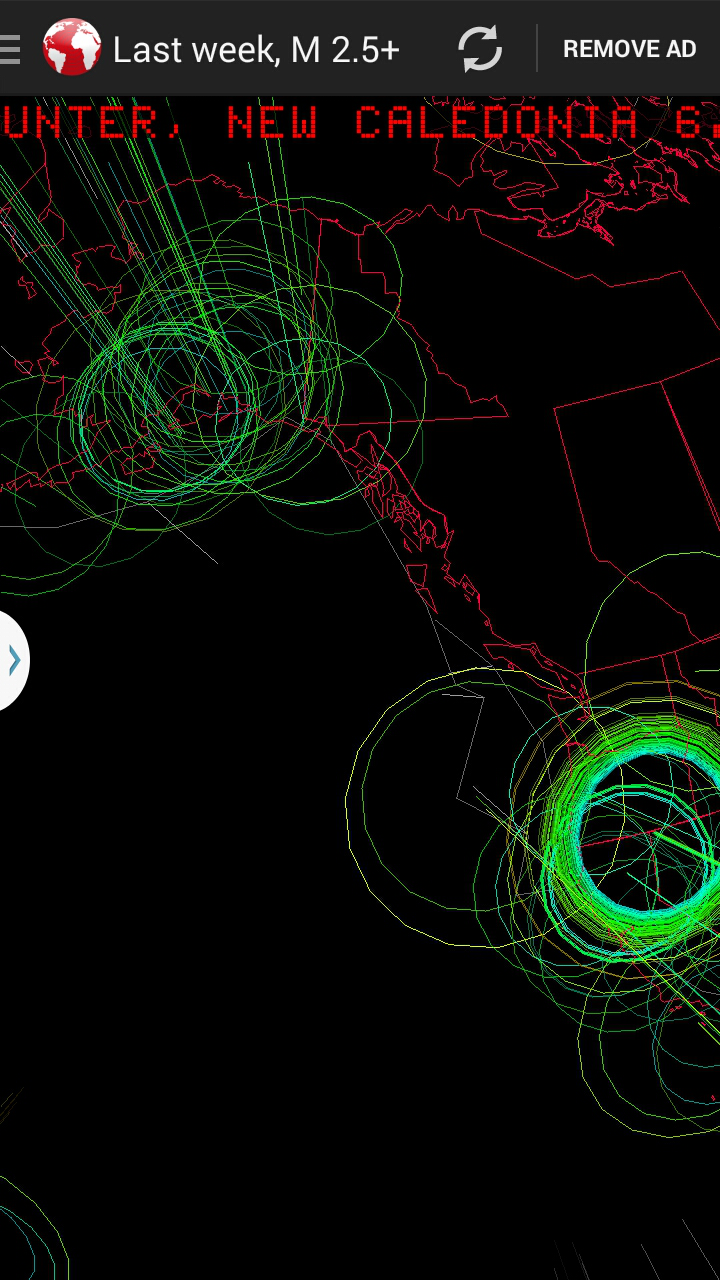 The pressure moving around that plate is directing lava flow and pressure to move along the lines going toward yellowstone and the New Madrid. Acording to him (and Edgar Cayce) the San Andreas fault will give which will cause the yellowstone caldera to blow and unlock the New Madrid-which is held in place by the pressures of the 3 other plates.

This is causing earthquakes in Alaska and around the other faults.

He posits when the Caldera blows the ground will liquify and drop back down filling with water from the Pacific ocean (after the the N. American/Pacific plate seperation) also flooding much of the surrounding area as evidenced by Edgar Cayce map of the future and the alleged US coastguard map 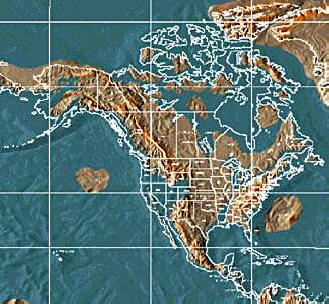 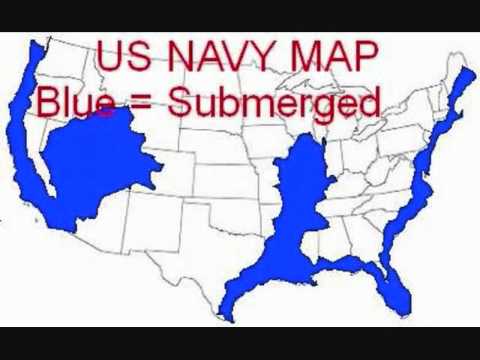 After the New Madrid unlocks it will cause massive flooding along the Missouri and Mississippi and leaving some 200 nuclear plants in those areas vulnerable to meltdown as practiced by the US government.

Which could tie into the whole America 2050 vison

And financial collapse of the US

Now again I'm not saying he or Cayce are correct or any of this is connected but its a pretty scary set of scenarios if they play out. Either way it's worth keeping an eye on the activity.

well that map is creepy. seems to be centered on oklahoma. dunno if moving to houston was a good or bad thing now

maybe its time to start think about moving back lol .into the eye of the storm in order to avoid the damage

they seem to start strong in the north and move south over a few hours slowly decreasing in intensity.

could this be a warning sign? when they first started everyone just brushed it off , fracking and the fact ok always had small (read 1-2 mag quakes)now im not so sure its fracking

the rising intensity surely is a hint to whats happening,

where a geologist when you need one?

all seem to be a the same depth ,from north to south. between 2.2-2.9 km so i wont rule out DUMBS and connecting tunnels yet

I moved from Oklahoma to Houston as well. I suppose Fort Worth or Amarillo would be good destinations, but I have always felt I would return to Oklahoma in my last days, if I had time. I am not sure anyone would fare well from a Yellowstone Caldera eruption fallout, but I would be damned if I drown in a major metropolis while gridlocked in a car...if the Cayce/US-whatever map proves accurate.

That's crazy! I wouldn't discount fracking although the dept. of interior doesn't seem to think so but according to this article:


Last month, Oklahoma surpassed California in the number of earthquakes.

originally posted by: Another_Nut
a reply to: phoenix9884


Exactly something's up with all the faults. Fracking may exacerbate the problem but there's other forces at work here. The picture is bigger than most can see

I don't see how pumping chemicals into the earth to expand the rock and release natural gas could affect
the geology under the earths surface and cause earthquakes.

I wouldn't worry about it!