Why are F117's still flying? Well the Air Force has all the answers for you....

posted on Nov, 10 2014 @ 07:36 PM
link
The F117 was officially retired over 6 years ago now but several photographs have been taken of the first generation stealth aircraft still streaking through the sky's over the Tonapah Test Range. Well according to the Air Force (and of course we around here always believe what the Air Force tells us), have told us that the reason is that they are "sort" of retired but not "permanently" retired. A condition known as Type 1000 storage:


Aircraft in Type 1000 storage are to be maintained until recalled to active service, should the need arise. Type 1000 aircraft are termed inviolate; meaning they have a high potential to return to flying status and no parts may be removed from them. These aircraft are ‘re-preserved’ every four years.

Also of note, it can take ’30-120 days depending upon how long the aircraft has been in Type 1000 storage for it to become flyable again,’ according to [an Air Force] spokesperson.

This is interesting. Maybe the ones below are exempt from that ruling, have mechanical issues? 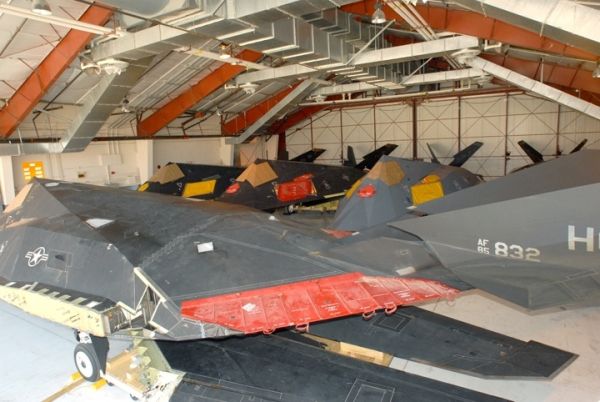 For some reason I'm not buying what the Air Force is selling. A more plausible, to me anyway, explanation is they are being used as test beds for more advanced stealth coatings and skins. Since the RCS of the F117 is so familiar to the Air Force, what better way to compare the effectiveness of these different types of stealth enhancements than on a F117.
I would also think that these jets should be seen more often flying around if they are taking them out on a regular basis to prove that they still fly. 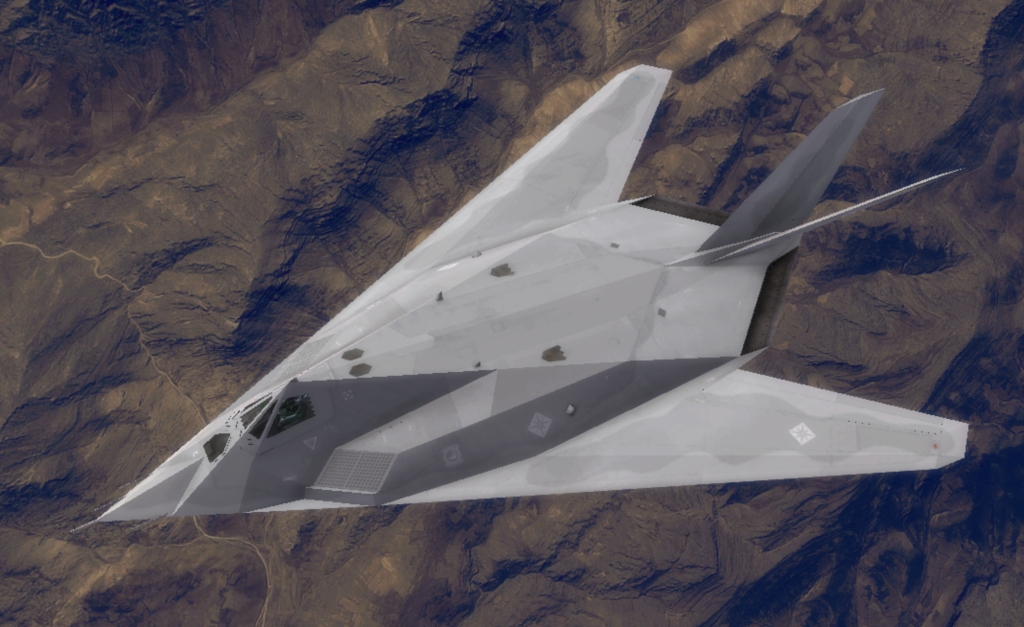 posted on Nov, 10 2014 @ 07:38 PM
link
Funny how they're randomly taking planes and flying them to prove they're stored right, but they always seem to pick the grey one, since that's been the most commonly seen one.

Lol. Yeah that is funny isn't it?

posted on Nov, 10 2014 @ 09:38 PM
link
why not just make surveillance drones out of them, take the cockpit and fill it with avionics
makes sense to me
looks like a worthy and usable airframe still
An awful waste to just mothball them, still a very impressive machine.
edit on 10-11-2014 by all2human because: (no reason given)

The true problem lies with the airframe itself. I was designed as a bomber, yet flown as a fighter. MANY structural issues. Over-G's... etc...

No, it was NAMED a fighter, but it wasn't flown like one. It wasn't capable of it. It had horrible lift and thrust to weight ratios.

The problem is that they were getting too expensive to operate,and reaching the point of diminishing returns on upgrades.

posted on Nov, 11 2014 @ 12:43 AM
link
From the pic it looks like a storage lock up, If mechanical issues existed I would think those would have been sorted out long before that with the attention those have always received from ground crews. If they are still flying F-117s secretly then maybe its getting an upgrade? Perhaps this is they story they gave since one was caught on video a few years ago.

It looks like the same two tone shade and pattern that the F-22 Raptor has, But I have not noticed this pattern on any variant of the F-35 yet.

posted on Nov, 11 2014 @ 01:26 AM
link
Maybe they're using them to test against other newer, more stealthy craft? Perhaps new radars are being developed and EW suites on newer planes, and they needed to be tested against a known stealth platform?

posted on Nov, 11 2014 @ 02:43 AM
link
I'd imagine some flights will be just refresher flights to keep the pilots refreshed and possibly train new pilots on them as older ones retire but i'm sure the EW guys don't miss a trick to try and see what their latest tech can see even when they know the birds flight path

posted on Nov, 11 2014 @ 03:11 AM
link
What is most interesting to me about the F-117 is it's short service record. It was declassified in the 80's, basically flew for 3 decades, and now it's a flying test target. What does that say about upcoming technologies?

At any rate, I'd suggest the U.S air force can throw whatever excuses they'd like out there. It's probably being kept in operational capacity so it can be used for a moving target to test new systems developed to detect and target stealth aircraft.

What with China and Russia coming up with their own "5th generation stealth fighters", what better way to test the targeting systems of the latest and greatest than to use F-117's for radar range practice?

What's his face seemed to allude in multiple threads that new sensors in the F-35 and F-22 are game changers. I'd imagine this would be a step towards the future, especially if you could target nighthawks in air-to-air engagement scenarios with said sensors, from medium range on out.
edit on 11-11-2014 by DeadSeraph because: (no reason given)

Ha imagine storage wars came across that lockup. "Do I hear $10 billion?"

Lol yeah the Air Force at really believable.. Remember when you filled a FOIA for that document I had on the F-117s brother lol apparently they'd never heard of it

Yeah really, plausible deniability should be in their moto somewhere.

originally posted by: StratosFear
If they are still flying F-117s secretly then maybe its getting an upgrade? Perhaps this is they story they gave since one was caught on video a few years ago.

If? Not if.
I took this picture, among others, atop Brainwash Butte in mid-April 2014, observing the Tonopah Test Range.

I saw this single F117 twice that day, the second time it had gear down on landing approach as in this picture. Other than two Janet flights, it was the only plane I saw in the sky that day. 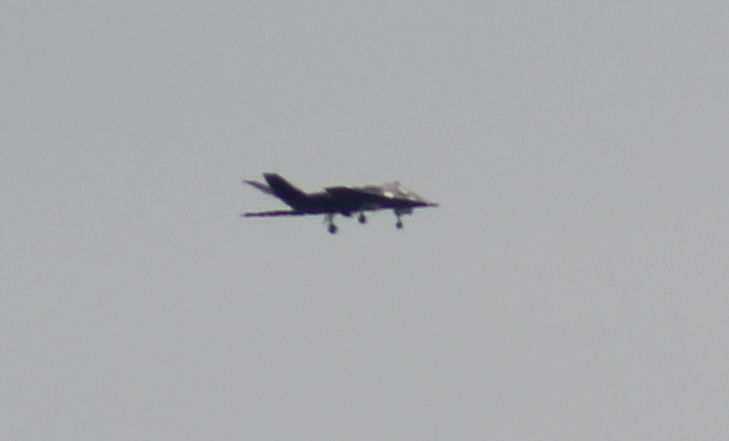 Thanks Foster. I was waiting for you to come on over and post those. I didn't want to post your stuff without permission.