posted on Nov, 7 2014 @ 05:49 PM
link
An interesting proposal has been put forward by the JSF Program Office and Lockheed Martin to restart the attempt to sell Canada F-35As. Under the proposal, Canada would receive four of the aircraft bought for the USAF under LRIP 7. In return, Canada buys four aircraft under LRIP 9, and those four aircraft go to the USAF. This would allow the Canadian forces to receive their first aircraft next year, when LRIP 7 is delivered.

According to the Planning Office, Canada would sign a letter of intent by mid November, and Congress would be briefed by the end of November. Interestingly the legality of such a deal is questionable, as LRIP 9 isn't under negotiation yet. The Air Force has said that they can spare four aircraft, but it could potentially put the F-35A IOC in doubt.

The Oct. 27 brief from JSF Program Executive Office director USAF Lt. Gen. Chris Bogdan to Air Force secretary Deborah James calls for Canada to receive four F-35s next year, by diverting them from U.S. Air Force low-rate initial production (LRIP) Lot 7 orders. Canada would then buy four Lot 9 aircraft that would be delivered to the Air Force in 2017. According to the briefing, Canada would sign a letter of intent within days — "mid-November" — and Congress would be notified by the end of November.

Neither the JSF Program Office nor the Canadian Department of National Defense responded to repeated inquiries about the planned deal this week. The legal basis for such an exchange, absent an urgent operational need, is uncertain. The proposed LRIP 9 replacement aircraft are not on contract, and as far as is known, negotiations for them have not started. 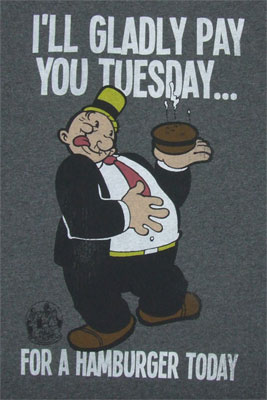 Does this mean that Canada pays for this round and LRIP9 we pay?

A way to unload the cost of the f35 a little on canadia? As in of lRIP9 never happens then we saved the cost of 4 f-35's which I reckon is a little more then a song and dance lol.

No, the opposite. The USAF is paying for LRIP 7, which includes the four that would go to Canada. Canada would then pay for LRIP 9, which would include four aircraft for the USAF.

Right on. Good news for the f-35 then I don't see why the us would do that without intentions of going through with LRIP9. Is it just the cost that's in negotiation? Like the US purchased them at today's price and Canada runs the risk of having to buy more expensive birds for us?

The price has been slowly dropping, so by the time LRIP 9 rolls around, it should be about 6-8% lower than LRIP 7 (LRIP 8 was just agreed on, and it was 3.6% lower than 7). The per airframe cost, minus engine, and total number of airframes bought in that Lot are handled during the negotiations. I BELIEVE that the plan was to have the per airframe cost of an A model down to either right at, or just below the $100M mark by LRIP 9.

At this point it feels like lockheed is just screwing Canada over. We have been waiting too long for the f35s. We should have gone with Boeing's jets, they are cheaper and we would have had them by now.

Its just another example of how american corperations take advantage of Canadian tax dollars.

Hell we could of ended poverty in Canada but nooooooo harper had to buy new american jets that are grossly over priced.

Our government is a bunch of retards that makes horrible decisions when it comes to military goods.

Remember our 4 sub's we bought from Brit.... They have not run a single mission yet because they don't work... The harper government is a joke.

posted on Nov, 7 2014 @ 06:43 PM
link
However the prices are going down as more aircraft are purchased so Canada may well pay less.

Also, it doesnt matter too much about the inremental improvements in technology in each LRIP, the first aircraft probably only train the flight envelope, basic systems etc. and wouldnt be front line fighters, well, that was true of the RAF and Eurofighter.

So it sounds like Lockheed pulled a favor card with the US and asked if they would "kindly" offer up 4 this rip. wonder what The US gets in return? Or has already gotten?
edit on 7-11-2014 by mindseye1609 because: (no reason given)

The first fighters will go through some improvements, but the later aircraft will always have some advantage over them, because they will come with the improvements already installed, as well as changes found later already made from the start.

I don't understand how we pay for new jets just to give them to the states. Honestly the USAF can f off. Why should my tax money go to the american air force answer me that.

Because the USAF is paying for your first four jets. IF LRIP 9 was to not happen, you'd have four free F-35s.

posted on Nov, 7 2014 @ 10:41 PM
link
WTF we gonna do with four JSF fighters that don't match up against other aircraft in production now......
The F 35 doesn't do anything as well as its more specialised competition.....
Maybe we would be better off buying Sukois or some other plane......the Chinese stealths would be cheaper id bet......
IF you didn't know it Zaph...we Canucks are STILL mighty pissed off over the Avro Arrow that the US put the kibosh on.....

You're going to use them to start building a future fighter fleet. The rest will come over time, just like for everyone else.

Canada is in dire need of replacements for the CF-18. There is no way around that fact. We can talk about hunger and poverty all we like, we live in a world full of bad people, and national defense has never and will never be a bad idea (at least in the foreseeable future).

What irks me more than anything is that we had a perfectly capable air defense industry of our own until Diefenbaker came along. We wouldn't even need to rely on the Americans for our fighter fleet if it wasn't for that debacle. I would much rather see Canada invest in restoring it's own aerospace industry.

So far, I see nothing that convinces me the F-35 is worth investing in. It's stealth capabilities seem to be the only thing it has going for it. For the role Canada plays in international conflicts (which is usually 2nd fiddle to the USAF), we might as well purchase upgraded F-15's and call it good, while investing whatever money is saved in restoring our previous aerospace development capabilities here at home.

Why does Canada need a stealth multi-role fighter that excels at nothing, when we have Americans with F-22's and F-35's, B2's, and whatever other platforms they have up their sleeves? In any potential conflict, the U.S has the stealth angle covered. Canada would be better off serving both itself and it's allies by having planes that excel at both air to air and air to ground roles with serious payload and range abilities. That platform already exists in the form of the F-15. We can look at a 5th generation solution when one that is clearly superior and cost effective becomes available. Until then, I remain unconvinced the F-35 is the right solution for Canada's defense needs.

There's a lot more to the F-35 than stealth, it just hasn't been advertised as much as the stealth.

Certainly. But it doesn't excel at dogfighting, and it's payload and range is limited for air to ground roles.

Canada has mostly played a support role in almost every theater it's committed it's air power to over the last 40 years. We tend to come in and bomb targets after the U.S has done it's SEAD missions. I don't see why that would be any different in the future, given the two nations close relationship.

If we look at it practically, Canada doesn't really need a 5th gen stealth platform when the U.S is going to be doing the heavy lifting anyways. We need aircraft that allow us to do the most amount of damage once we're called upon to play our limited roles. We aren't a superpower. We should be focusing on how we can best augment our NATO allies capabilities.

If we are talking about pure air to ground / air to air without the need for stealth, I still see no better platform than the F-15.

Honestly, neither does the F-18. It's actually worse than the F-35 in several areas, and has several of the same "problems" the F-35 has. But they're not problems on the Hornet for some reason.

And in return you get unprecedented sensor fusion, unheard of sensor quality, sensors that won't fit on existing aircraft, and many other benefits that just happen to come on a stealthy platform.

That's why I'd sooner advocate purchasing the Silent Eagle, and keeping a few squadrons of hornets for support roles. I'm not suggesting Canada simply keep the F-18 in service.

Rather, from a cost vs capability perspective, Silent Eagle's would do us just fine and help us augment our allies capabilities until we are either able to reignite our own aerospace industry (which is unlikely), or find a 5th generation solution that works for us. That could very well be the F-35 down the road, but it doesn't appear to be the case today.

posted on Nov, 7 2014 @ 11:59 PM
link
There would be a lot of cheap A10s and F15s for sale in the future....
If the US would unload a few squadrons of these on us we could sure do a bunch with that....
The A10 would suit us for ground support, for a while yet....
We could definitely use some Apaches...
But the F35 is just too pricey and at this point too dicey a bet.....of course I have no knowledge of its super secret systems etc...