page: 1
28
<<   2 >>
log in
join
share:
robbystarbuck
+9 more
posted on Nov, 7 2014 @ 02:08 PM
link
Hey guys! I stay pretty up to date on the great anomalies found by some of my favorite members but i've never seen anyone point this one out before. I was perusing Sol 527 and I found these curious things that I would love to hear some opinions on. Please remember if you're here to debunk that's more than okay, in fact it's really valuable but remember not to be hurtful to members that are really passionate about exploring to find genuine anomalies. Same goes the other way - lets have a friendly honest discussion on these items.

The following are points of interest for the thread:

#1 Hovering item that is found in Sol 527 with various angles: 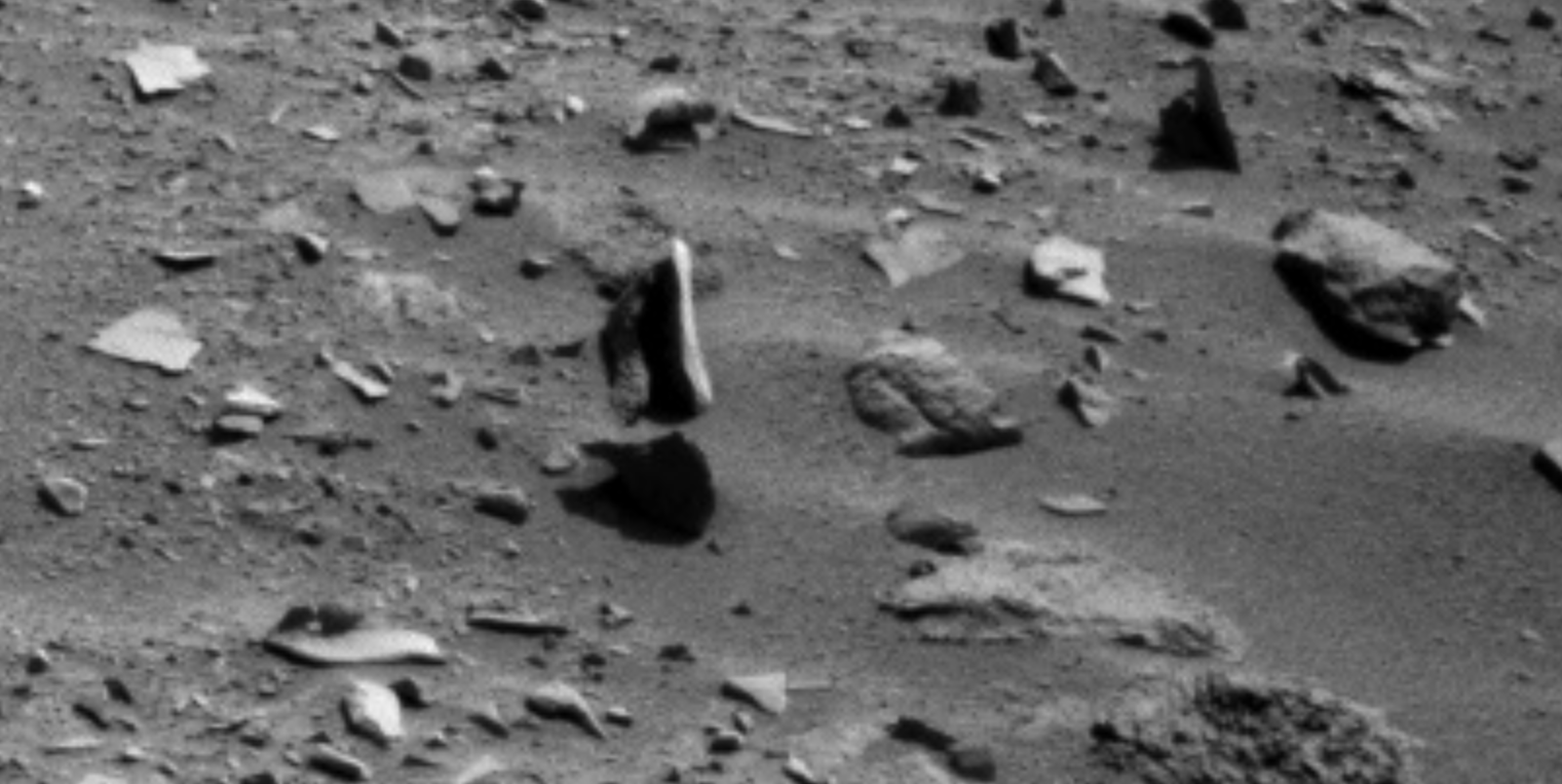 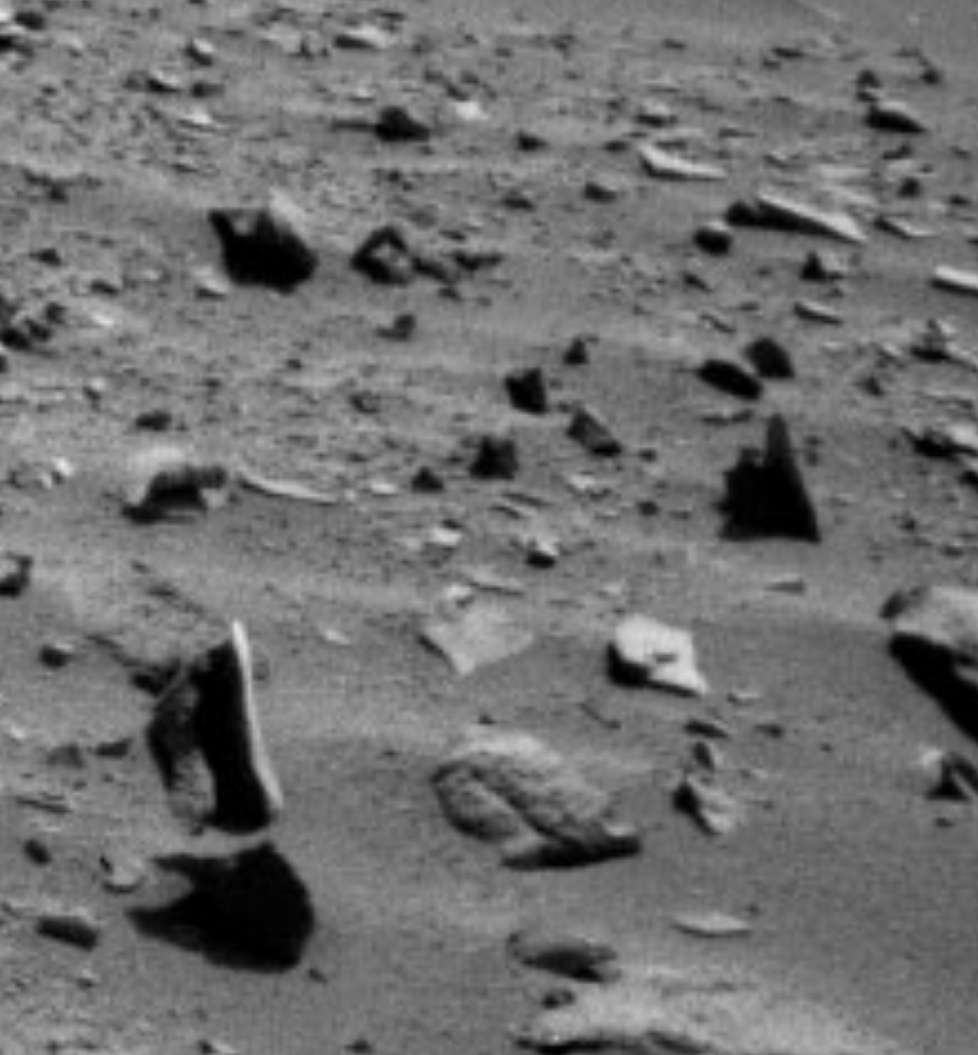 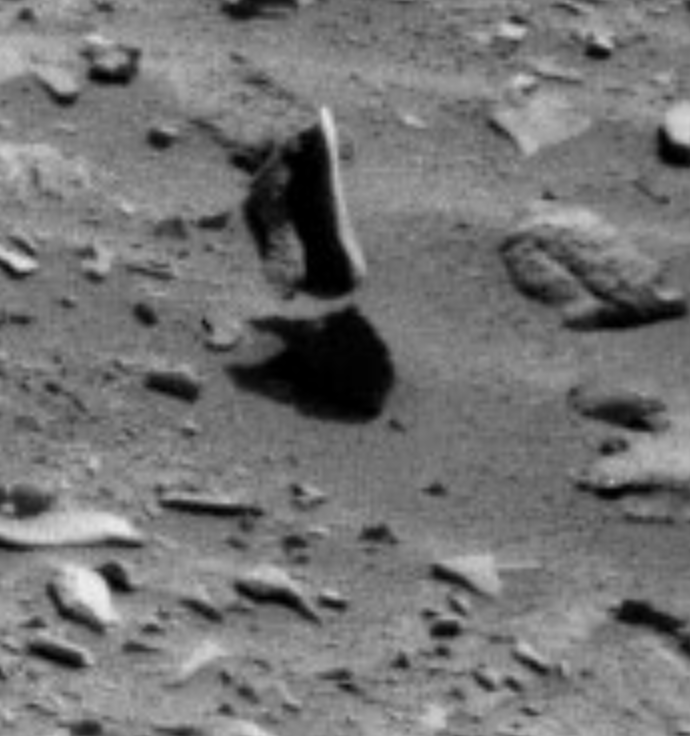 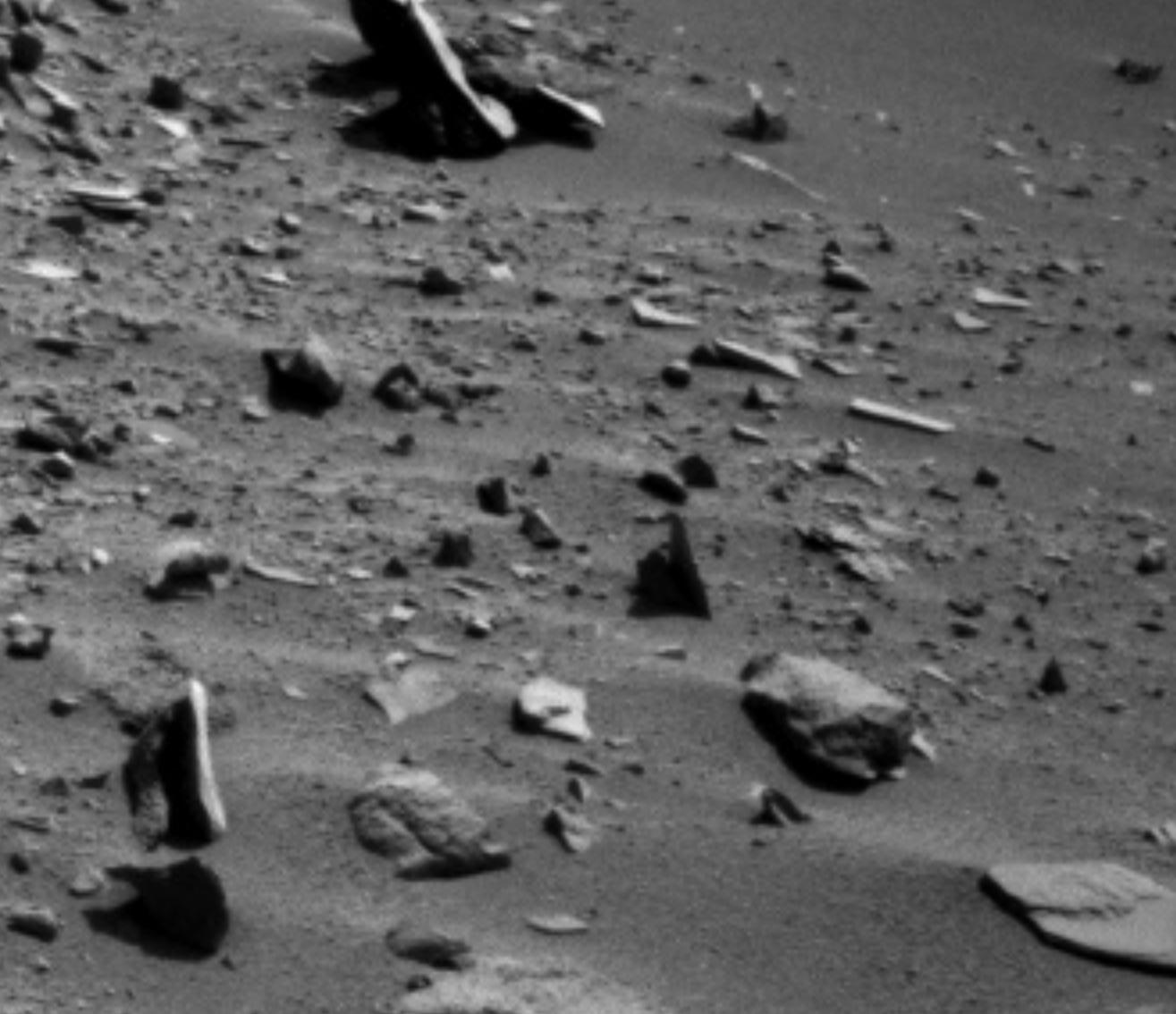 #1 Sol 527 Raw - Look Bottom Right #2 Sol 527 Raw - You need to zoom & look in the same area
*In addition please note that in raw Sol. 527 images linked for the other anomalies i'm presenting below you can see this area in those wide shots. That gives you more to further evaluate.

#2 Discrepancy in background across multiple photos. I think someone could argue these show serious image manipulation with the background. I'm unaware of an excuse for keying/masking in these photos which they may argue they did to isolate a variable nearby that interested them. Do any of you know if Nasa has publically stated they at times must mask/key out areas in a photo to do this? We all know they're guilty of image manipulation but still wondering specifically regarding that question. In some photos from Sol. 527 like this #1 w/ defined background it is a very defined background and in others like this #1 #2 #3it looks like it's been masked/keyed out of the shot. Here are two stacked photos where i've put a dot on it as a point of reference to look at for each photo - in each one you look to the right and you'll see what seem to be major differences. 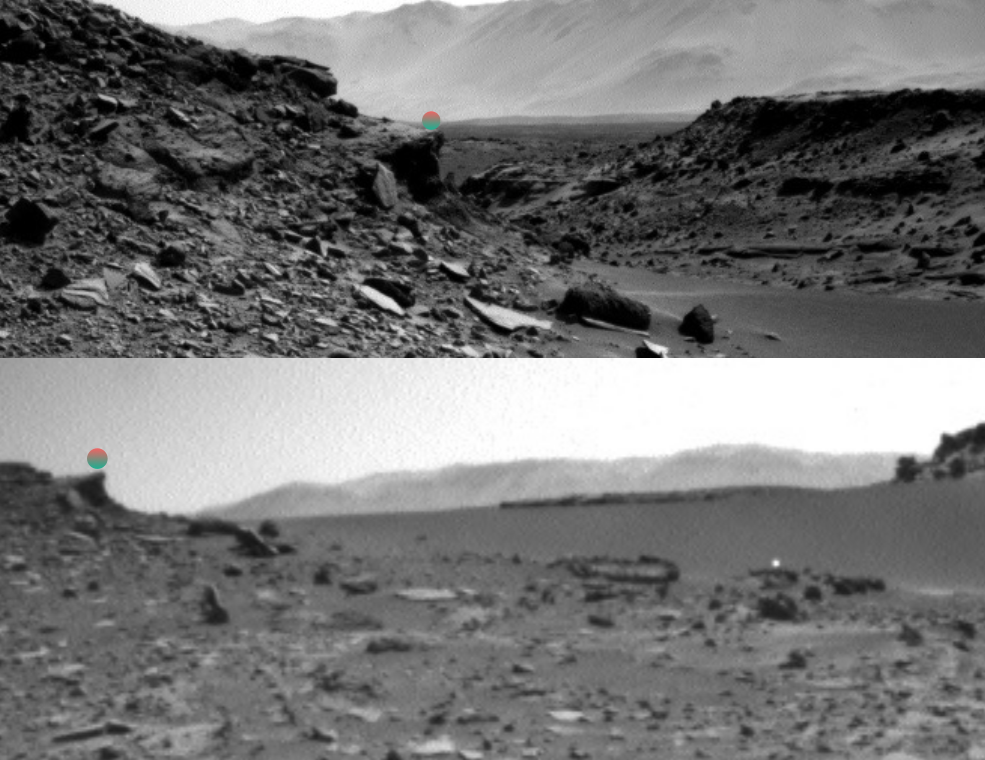 #3 A shiny circle in multiple angles. I thought the most likely explanation was a broken pixel BUT i imported them into final cut pro studio where I can isolate a lot of what is going on. I measured it out and the item in question is NOT staying in one part of the frame. It moves around in varius photos and cannot be attributed to a standard pixel issue. In situations where you have a broken, dead or malfunctioning pixel it should isolate itself to the broken/malfunctioning area of your field of view. I feel comfortable with my background + examination to say it's not the case for this shiny point of interest. I'm sincerely hoping someone can shed light on how this was explained because I do suspect this one has a more rational explanation than the other two items in question. Here's what i'm referring to + links to Raw Sol Images:

*Note that if you're unfamiliar with the topics at hand you're going to see a weird car looking thing in the sky in a few of these photos, that is in fact an image artifact NOT a real object and it's been discussed at great length in multiple threads. It is 100% an image artifact so just ignore it. 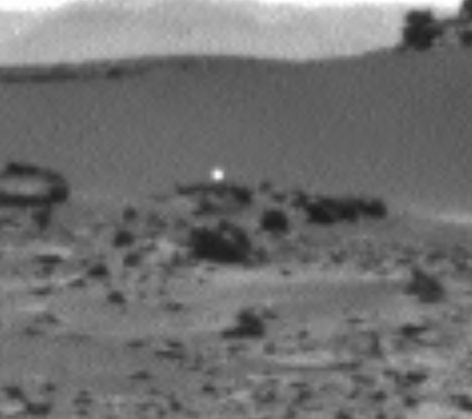 #4 Additional speculative screenshots i've taken while perusing raw images but none felt worth of their own thread because they're not clear cut strangeness.

This one felt like possible appearance of surface water?

Long snake like object on top of this rock... If this is a rock it's pretty long.... 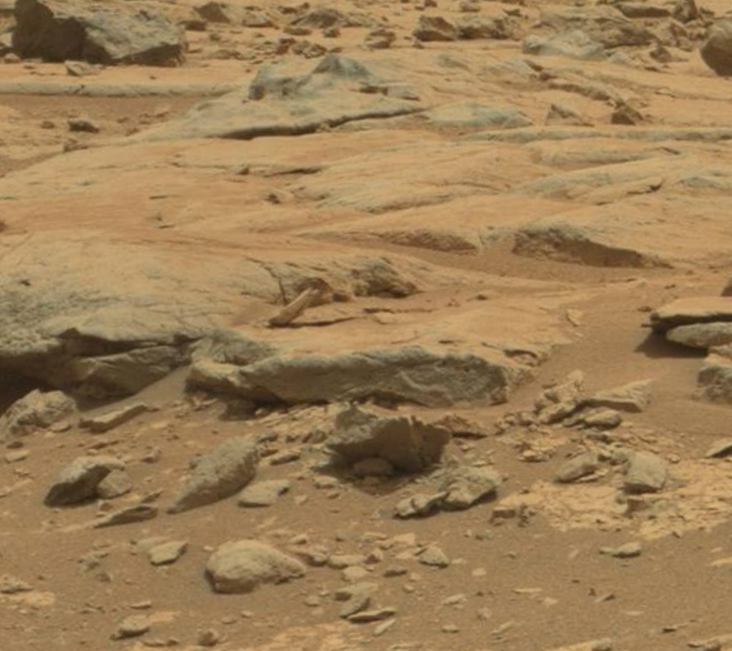 No idea what this is... Anyone have an idea? (original raw + edited one below that to increase brightness/reduce heavy contrasting) 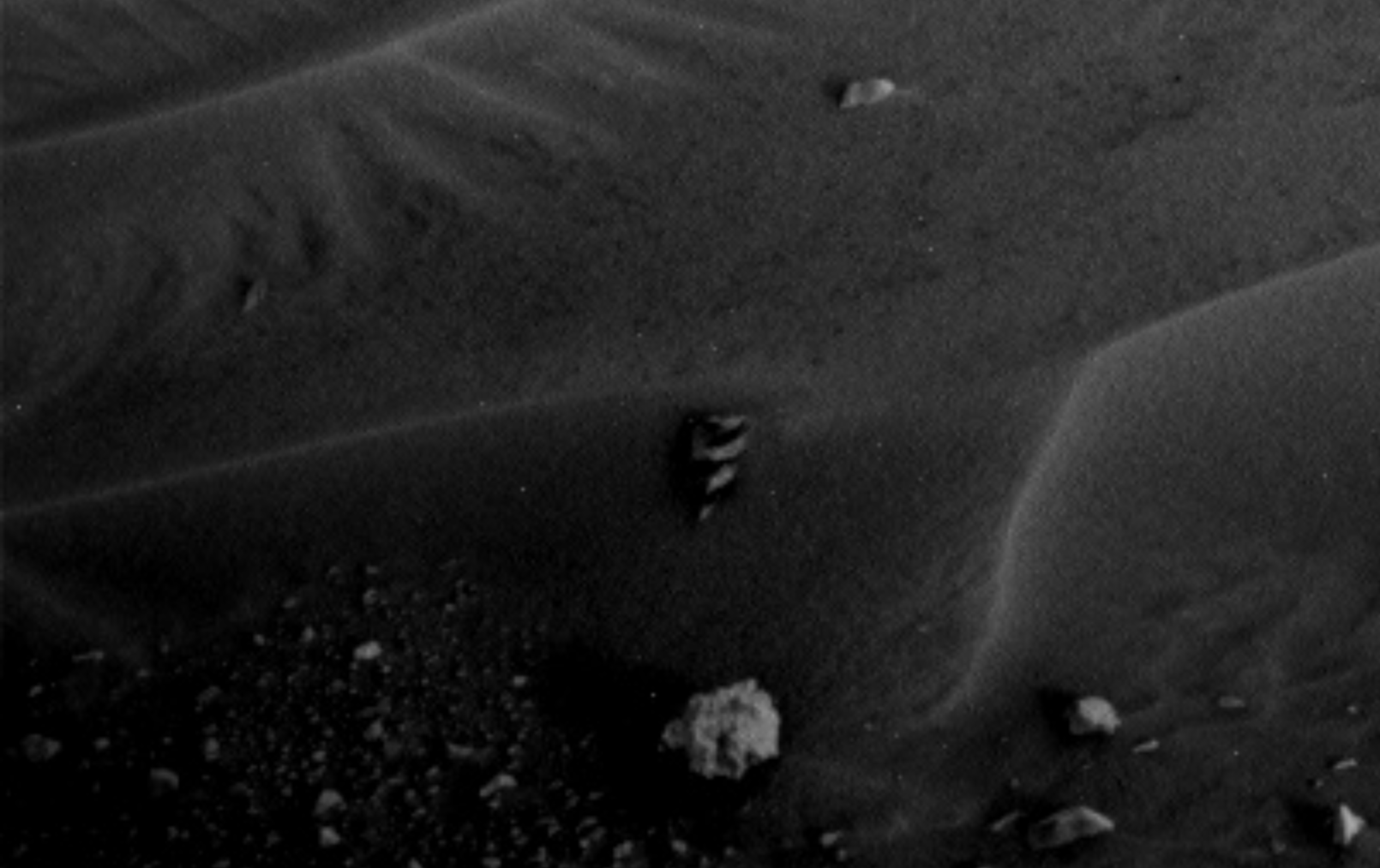 *Mods feel free to move this thread to any forum you see fit!
edit on 7-11-2014 by robbystarbuck because: Added some photos

Title needs work but interesting find.
gonna check it out more when I get home and off the mobile.

I remember this being discussed on the Mars anomaly thread at some point. I think the snowballs are Marsamals :-)

Thread title a little misleading Still I love it!

Cool find but I think the hovering object is an optical illusion. 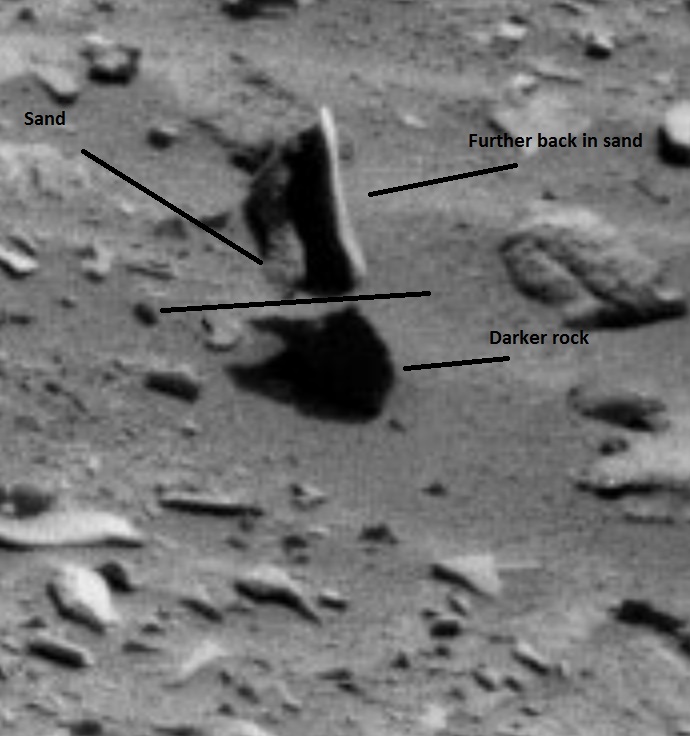 Notice the angle of illumination? The "shadow" of the "levitating" object does not match - the sun would have to be shining on the object vertically for the "shadow" to be located at the object's bottom, yet we see that for every rocks in this picture, the sun is illuminating the objects at an angle. So, I would go for optical illusion.

Sorry about thread title - i accidentally clicked before I was finished!

Sorry I wasn't finished writing my thread and I accidentally posted it! It's finished now!

An unnecessary apology. It happens to the best of us.

posted on Nov, 7 2014 @ 02:37 PM
link
In the first image the "floating rock" is an optical illusion. It's disctincly toughing the ground. Cup your hands around the red circle so you can only see that space and you'll see what I mean. 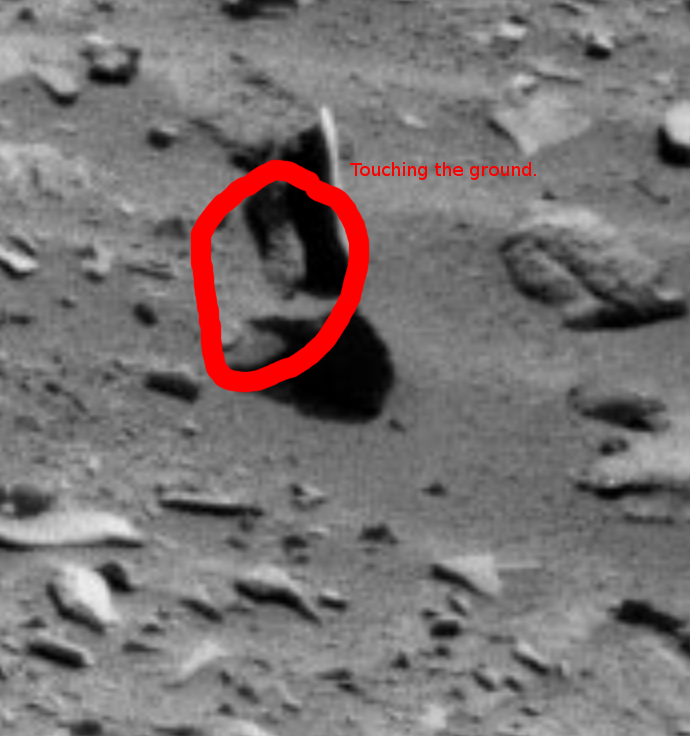 posted on Nov, 7 2014 @ 02:45 PM
link
Looks levitating to me.
If it wasn't, the shadow should connect to the base of
the allegedly grounded rock. I guess if it isn't floating
we could say, "Mars Rock disconnects itself from its own shadow. "
Try that at home..the only time it will happen is when you are in the air.
just saying....
edit on 7-11-2014 by UnderKingsPeak because: grammar

originally posted by: zerogee14
In the first image the "floating rock" is an optical illusion. It's disctincly toughing the ground. Cup your hands around the red circle so you can only see that space and you'll see what I mean.

Yeah well the shadow pretty clearly looks like a shadow and not a darker rock. If this is a shadow, it is coming from the floating rock unless there is something above the rock casting the shadow...That is just what I see anyways, it looks floating to me even putting this circle into perspective simply because of the shadow in front.

SnF for presenting such interesting images

I absolutely agree with you.

Absolutely agree with you too

Appreciate it! Thank you!!

posted on Nov, 7 2014 @ 04:26 PM
link
I don't much care for the idea that something so asymmetrical being forced to hover in this way. I go with Gortex and others with a sitting rock beside another rock featureless in shadow. There's even another rock further to the right also featureless in shadow. If this is considered debunk on that particular point, it's not, because I have no proof..just what I think.

Hi
Very nice finds, i occassionaly browse the sol images hoping to find a few oddities, but these are all interesting.

The first image of the floating rock looks very strange to me. When looking at the rock itself i think either someone has tried to edit it, or there has been a fault in the software. The sand towards the bottom of it does no match the grain of sand around it going against others saying the rock is touching. It looking to be another piece of sand put there.
The shadow also i find strange with the chunk missing to the left, because looking at the rock it is hard to see it giving the shape at the angle.

Looking at the rest of the image it looks very strange as though the image data has been damaged. There is a shadow to the right with no rock in sight. Also looking at some of the rocks i get the impression as though they are almost floating above the background as though not originally part of the image.

Therefore im putting it down to either damaged image data or its been changed by someone.

posted on Nov, 7 2014 @ 07:24 PM
link
You know it is possible that this is a floating rock. Think about it. Isnt mars comprised mostly of iron. Could it not be a large pieces of magnetic iron ore that in the lower gravity of mars be magnetically levitating. 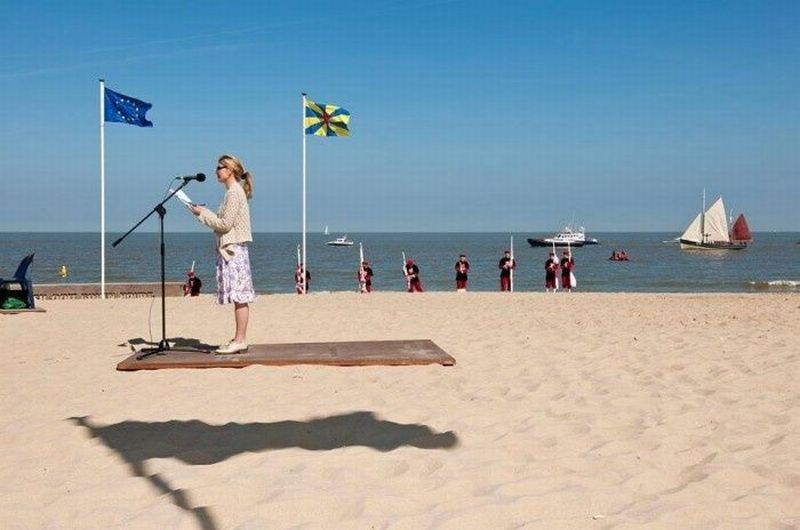