posted on Nov, 6 2014 @ 05:27 AM
link
I know it's not just me, and I know that ATS needs to generate revenue, but those ads that you accidentally touch upon and they take over the page are a pain. Is there any way to stop that?

I don't care for the WWE, nor do I want to buy a POS Ram truck. Or play World of Tanks.

posted on Nov, 6 2014 @ 06:00 AM
link
The problem is that the "X" you have to click is right over the hover area that triggers the add. So you close it and your pointer is automatically hovering over the trigger so you get a perpetual opening add. I just go to another site at that point.

Id rather just have to watch an add when I hit Reply or Post New, than have it in my face and unable to close it.
edit on 6-11-2014 by Xeven because: (no reason given)

originally posted by: Timely
a reply to: TDawgRex
No. 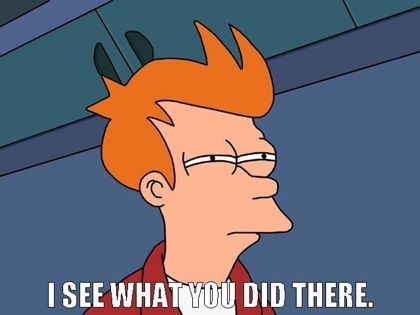 so the idea is to get you to accidentally click on it .

Giving a prospective customer a severe case of the irrits, is not conducive to positive brand identification.

There are better ways .

no there isn't you know as well as I do none of us here click on adverts we are all savvy when it comes to the internet the only way we are going to click on any form of advertisement is by mistake.

Here: this should say it all!

Kind of shows that the advertising is in fact counter-productive.

Oh, and don't fight with the damn ads... use your refresh button...it will reload the entire page with your mouse "out of the way".

posted on Nov, 6 2014 @ 05:03 PM
link
I am SOOOOO sick of that advertising stuff I log on Immediately to avoid the ad attacks. It is seriously redundant. I am No fan of Dodge or wrestling so it is extra irritating. There are even times the ad will start when I am away from my computer.. or sometimes It wont stop so Ive got to close out the site and bring it back on again
edit on 6-11-2014 by Lil Drummerboy because: (no reason given)

posted on Nov, 6 2014 @ 05:32 PM
link
there is ad block software you can download to keep ads off your browsing screen
I finally had to download some because the ads were freezing my screen all the time
hope it wasnt remote spyware
edit on 6-11-2014 by blacktie because: (no reason given)

I've also had loading issues caused by ads.openx.net. On top of that, once in a while I will come to ATS and all of the sudden easyinstantupdates.be pops-up asking me to update flash.

At first I thought it may have been a virus/malware issue, but it's not. One of the ads trying to load is redirecting me away from ATS.

originally posted by: mysterioustranger
Roll mouse up and around them n they went open.it works

Not always. Sometimes as stated by others, they open on their own, and other times just getting within a fraction of an inch and they'll pop open. And the ATS toolbar is very close to these ads as well.

Yes, I have paid more attention to where my mouse goes and move it slower, but I really shouldn't have to.

I just want to know how I can stop these pop-up ads and auto videos. Ad Blocker doesn't seem to be stopping them either so I'm thinking that advertisers are using a new code to circumvent it.

They aren't using any new code TDawg, you just have to be careful with your twitching mouse hand. Unfortunately it's the way of the world these days, we can't afford to keep the site up without these ads. It could be much, much worse... You should see some of the ads we've turned away!

Whenever I come across them on other sites I cringe, and figure that site is seriously doomed if not dead already.

Look, we'd love to be able to have perfect, tiny, non intrusive ads but reality is that they aren't worth sapending a penny on to the advertiser. Think about it from the advertiser's perspective. Now, it's the Ad Agencies that need schooling, they need to find ways to make more attractive creatives (pieces) that make you WANT to pay attention, but that's a whole thread in and of itself.

P.S. Don't hate on the advertisers, they keep your favorite sites up and running. Without them there would be no ATS or thousands of other sites that allow users to discuss what they're interested in at the moment.

I really don't hate on the advertisers, they're in a business as well. But I wouldn't mind seeing a little more diversity when it comes to adverts. I don't watch WWE, nor surf the web for Ram trucks or play WOT.

I thought there were Bots that found what you looked at and directed the adverts towards that?

If that were the case, all my adverts would be tool related, occasionally firearms, auto parts and tiny houses.

I wouldn't mind seeing those ads because they are directed at my hobbies and interests.

Thank God I haven't seen a Second Life (or whatever they call it) ad in a long time. Those really drove me nuts.

Think of it this way. This site has a membership fee but there are businesses out there willing to pay our fee for us.

ps - I think it wouldn't be a bad idea for ATS to implement an ad-free premium membership for those who just can't handle the ads.

I completely agree and I have been one of the few that have defended such adverts, but there are a couple that are now automatically directing traffic away from ATS with pop-ups and what I believe to be malicious content.

Surely you can track that down and put a stop to it.

originally posted by: sheepslayer247
but there are a couple that are now automatically directing traffic away from ATS with pop-ups and what I believe to be malicious content.
Surely you can track that down and put a stop to it.


If you can get any details, send me a private message.

We only have one provider showing pop-up ads, and even then it's programmed to show only once every 24 hours, and only to those users who are not logged in.

If you're seeing more pop-ups than that -- then something else is going on.

Also, we don't use ad networks that use ads that initiate a redirect to another site. From time to time (once or twice a year) one can slip through their audit process, but it's rare. So again, something else might be going on.


I've been tracking observations of other "long tail" website owners where some Internet access providers are injecting ads. We've seen it (confirmed) here on ATS with Charter Communications, as well as an Australian provider (forget the name). And now there are reports that others are doing it, and that pop-up ads are part of it.

According to one post I saw, someone was able to capture some of the JavaScript that triggers the ads, and it performs some kind of look-up on the target site's Google Analytics ID to ascertain popularity/rank/traffic. There's a set of unknown conditions that triggers the ads… this is why it only happens on a few site. The speculation is that the more popular long-tail website have good traffic, but not enough IT staff to troubleshoot the issue.

Ad injection from Internet service providers is a growing problem, as they're typically targeted based on what the ISP knows about their customers -- all kinds of nasty privacy issues start to come to mind.


But to confirm what has been said before, in addition to the above:

1) We never use any ad networks that don't define their policies of regular, multiple times a day, scanning of advertiser assets (images, code, Flash, etc.) for malware and/or malicious actions