Giza: Proof of a unified plan


One of the ongoing arguments against a unifed plan for The Giza Plateau is that their is no proof for a relationship between the 3 pyramids at Giza and other pyramids of The Old Kingdom. I believe however that there is and I offer this as something to ponder. Observe this diagram using Petrie's measurements. 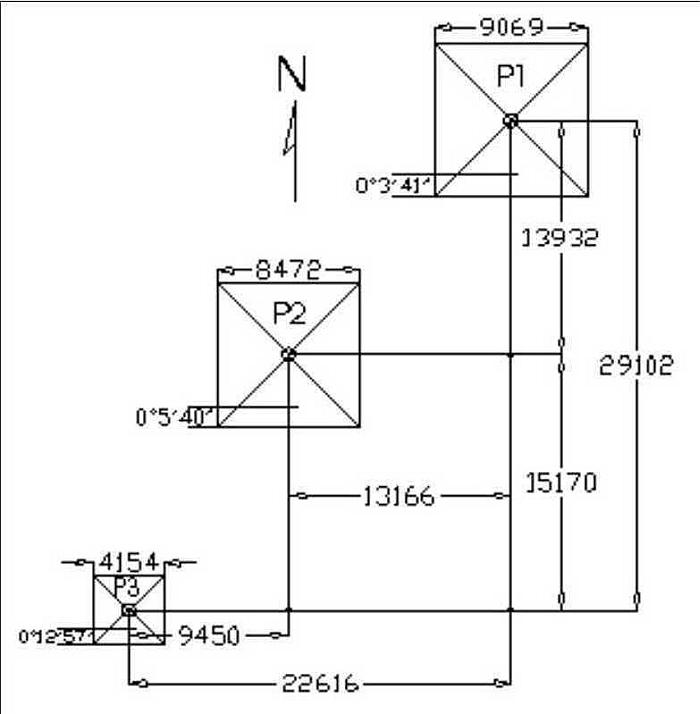 Clive Ross adjusted this diagram to reflect a true east west bearing and his new corrected version is below. 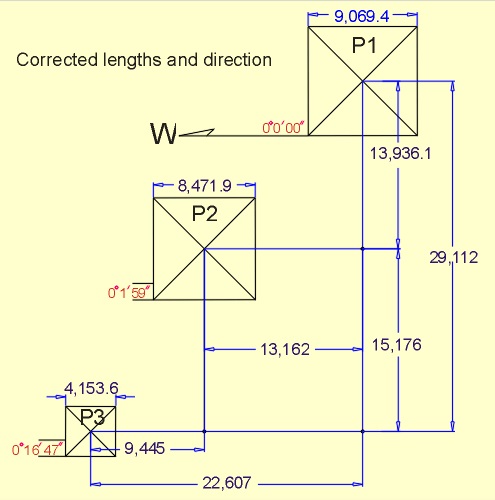 As a a final image for now I post the measurements of The Bent Pyramid as agreed on by most Egyptologists.

The first obvious relationship is our favourite and that is the 9 by 11 ratio. 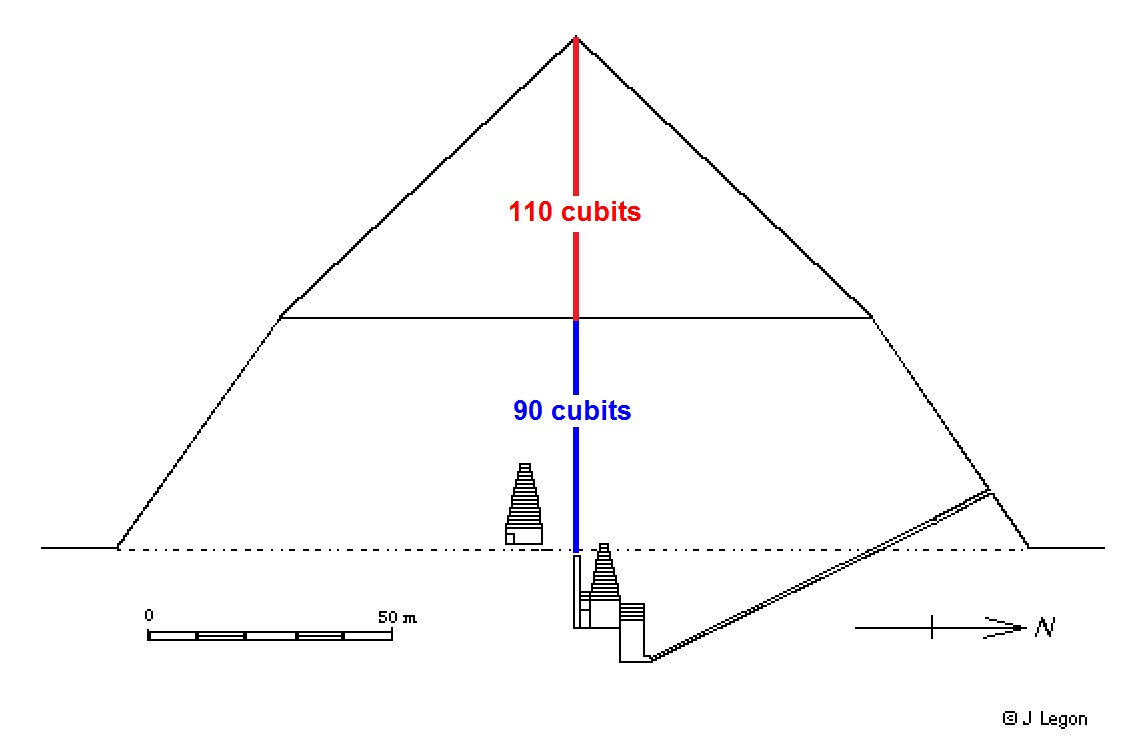 a second obvious relationship is ... well not so obvious at all.

Mainstream Egyptologists claim that the angle was changed on the Bent Pyramid because structurally it started to fail and so the angle was changed but allow me to ask you a question. If we were building a building today and it was structurally starting to fail ... well would we continue to build on what appeared to be faulty footing ? I doubt it and I doubt that The Ancients would be so stupid as well. No to me the bend was deliberate and here is a neat little proof tying it into Giza.

Now interestingly or coincidentally we find this precise angle at Giza as well. Here is what Petrie wrote prior to the correction.

Now the builders knew that the world was full of doubting Thomas' so they wanted to make it so obvious that even a blind man could see it so they decided to do something pretty amazing they decided to place another proof in your face but firstly lets look at this angle of 43.36667° - The tan of this angle is 0.9445 and so the amazing builders at Giza decided to place it so in your face that even the total sceptic would be a bit hard pressed to call it a coincidence for the distance from the center of G2 to the center of G3 along the horizontal gives us the same ratio of the distance between the horizontal distance of G1 and G2 and the vertical distance of G1 to G2 namely the ratio of .9445 In our diagram we have a north south distance of 13936.1 and a horizontal east west distance of 13162 that ratio being 13162 / 13936.1 = 0.9444 and checking to the distance east west between G2 and G3 and checking precisely with the angle and tan of the upper protion of The Bent Pyramid or the tan of 43º 22'

So to me it is pretty obvious. The Giza Plateau was designed as a total unit from the beginning and used the same ratios found in other Old Kingdom pyramids. The question is what were they trying to tell us ?

PS: If we use the original imAge with Petrie's unadjusted numbers we get this:

All just a lovely coincidence ? I pesonaly rather doubt it.

The first obvious relationship is our favorite and that is the 9 by 11 ratio.

The height is also the same (or so they think) as The Bent at 200 cubits.

Here is what we have ... according to Wiki

This is very typical of all of Egyptology as they never ever try to checK their measurements.

And people wonder why I tend to ignore Egyptologists.

posted on Oct, 31 2014 @ 05:39 PM
link
Okay here is something new I stumbled upon and it all ties into the realization that Giza and The Bent and The Red were related. I think I have finally figured out the true measurement at The Bent and at The Red Pyramids. Let us begin with The Bent. Why 43°22' (upper) and why would the tan of this angle show up at Giza ? (0.9445) The solution is amazing and I am starting to think that it all ties into some ancient geodetic monument system to possibly relay out the farms that were lost during the annual Nile floods but I can not preclude that there is a more amazing reason but let's leave that for later. 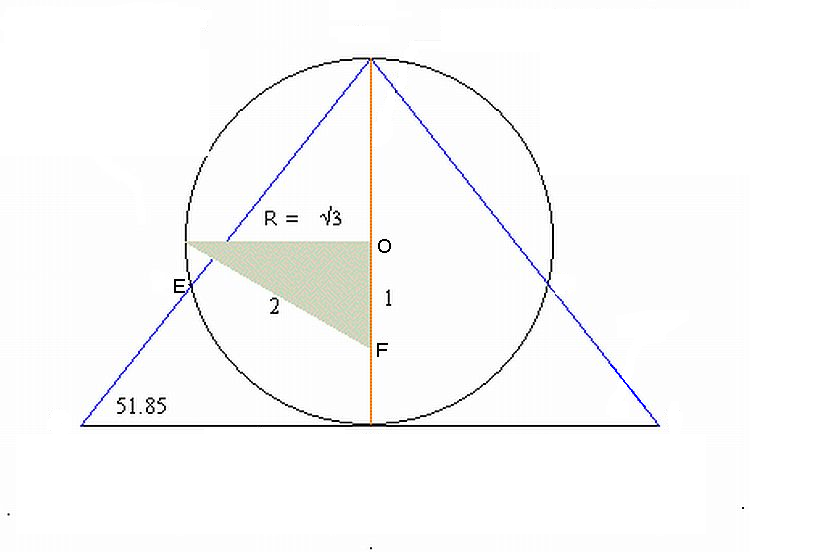 The perfect tie in between Giza and Dahshur and we find Pi to boot. So here is perhaps the solution to The Bent Pyramid. Hope you have enjoyed this. 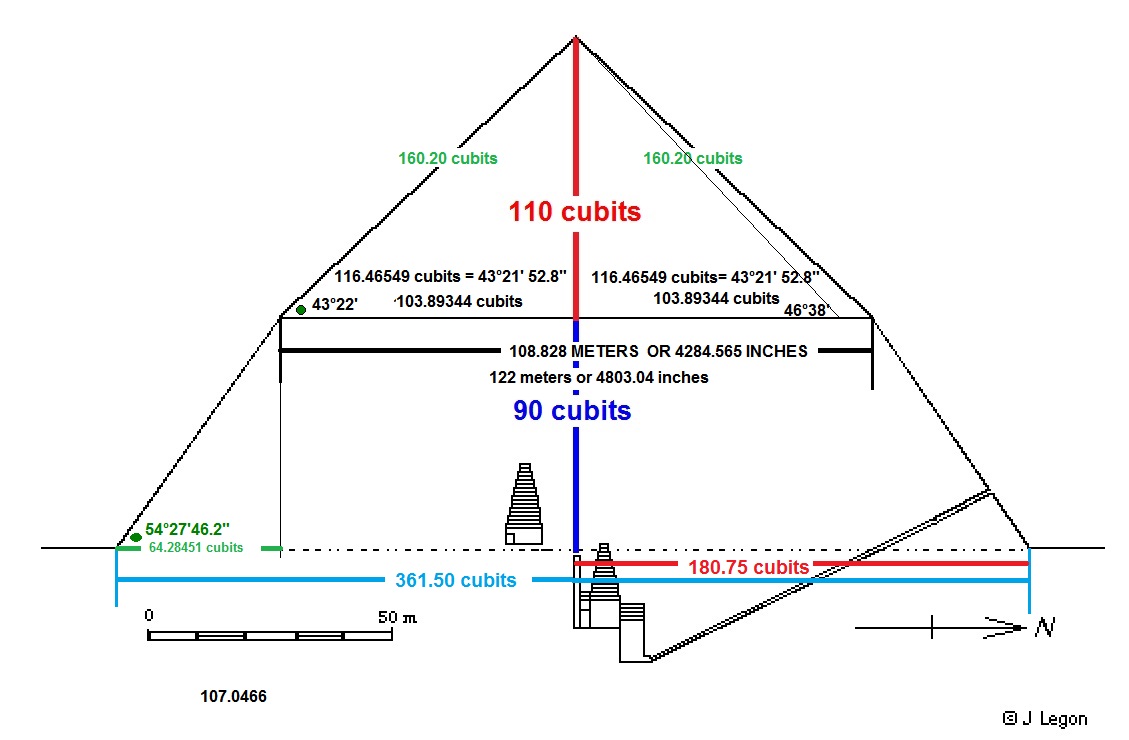 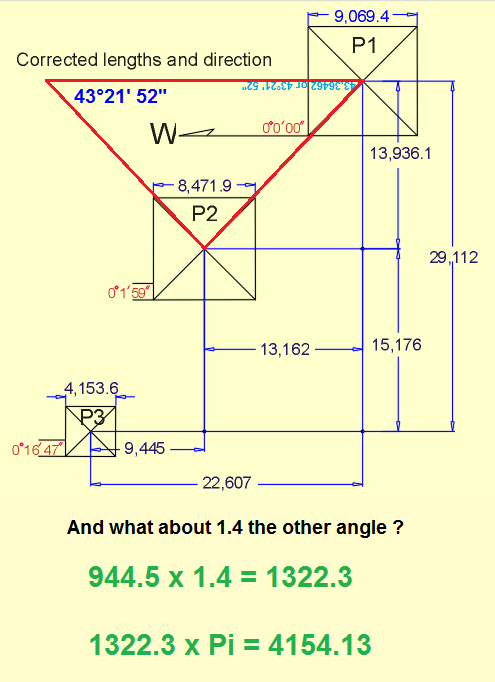 posted on Nov, 2 2014 @ 04:25 PM
link
A possible further solution to proving that the same geometry or message was used at Dahshur as was used at Giza. Observe. As always click on image below for a larger view. 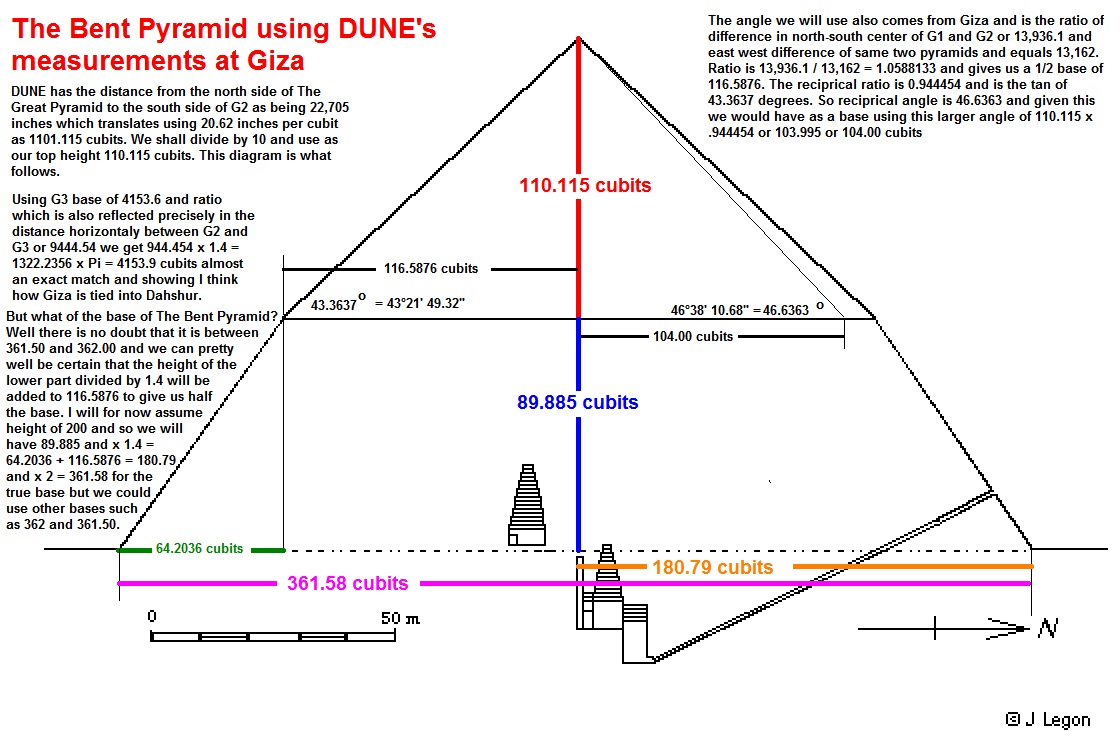 Just a notation almost all who have measured at Giza agree that from the north side of G1 to south side of G2 is 1101 cubits. I have always wondered why it was not 1100 even to give us our 9 by 11 but perhaps this diagram above can give us a clue.

Anyway I am afraid, and I mean very afraid as I have to visit the dentist this evening. If I survive I will post more later.