Some earlier threads i posted about the excavation.
Robot Finds Mysterious Spheres in Ancient Temple
Archaeologists use robot to explore Mexico's Teotihuacan site 
A yearslong exploration of a tunnel sealed almost 2,000 years ago at the ancient city of Teotihuacan yielded thousands of relics and the discovery of three chambers that could hold more important finds, Mexican archaeologists said Wednesday.

A large offering found near the entrance to the chambers, some 59 feet (18 meters) below the Temple of the Plumed Serpent, suggests they could be the tombs of the city's elite. Unlike at other pre-Columbian ruins in Mexico, archaeologists have never found any remains believed to belong to Teotihuacan's rulers. Such a discovery could help shine light on the leadership structure of the city, including whether rule was hereditary.


So far Gomez's team has excavated only about 2 feet (60 centimeters) into the chambers. A full exploration will take at least another year.

Cool find
It looks like they've discovered a treasure trove of ancient artifacts in this cave , the description of the cave being powder glittered sounds pretty cool and must have given the place a real other worldly feeling when traversing it just using torches for light.

Wow! I do hope they can find some bones to check the dna which would be fascinating and give us a perspective of thei lineage of the people who built the caves etc.

How clever to use something natural to enhance light and effect. These people were sophisticated in another way to us and their cities look so gracious and well planned - perhaps the world has not been 'conveniences by the motor car as we all assume.

I so often wish the catholic church has not been able to destroy their histories and beliefs so effectively, its like a robbery of a culture's soul and we are left the poorer for it.


No surprise that the statues look rather Olmecish.

Before I begin, let me say I read your thread on the 'Spheres' [Good work by the way] and see you too came up against those who couldn't see past the present deteriorated state of the spheres due to the amount of time passing. *And just saw crumbling rocks* I came up against the same ignorance myself here..

Scientists baffled by hundreds of spheres found in hidden tunnels

Suffice it say, those objects were and still are very interesting to those of us who keep an open mind of what they and the chamber possibly once looked like and may have represented. That's the topic of another thread.

Now, to the meat and potatoes.

Those newly found figurines are very interesting and may finally just shake things up a bit. The one on the left is of a similar but different style than I've seen before. I'm no expert but I've seen quite a few more than the average person, via online, reference books and first hand in museums etc, It shows similarities to some other periods but the one on the right in particular reminds me an awful lot like some Olmec figurines. 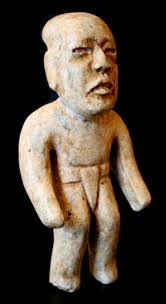 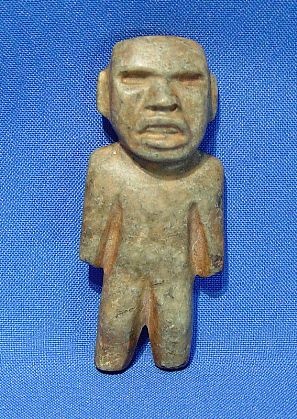 If they do in fact find skeletons/tombs, I'm pretty sure that'll change some peoples perspective as to who these people really were. Just a note to those less familiar, In Central/South America and especially regarding pyramids, tombs and cities, the further down you go the older and more advanced things tend to be sometimes, No, that's not always the case, but often enough to keep us in our toes

Again, great find and keep up the excellent work.

In Mayan sites they start out rough, get great (classical period) then fall apart.

another link on this topic

posted on Nov, 2 2014 @ 11:35 AM
link
The finding of the sea shells in the tunnels should be no surprise. The façade of the Feathered Serpent Temple is adorned with Conch and Scallop shells.


In and around those chambers he found more puzzling objects, including a wooden box filled with shells imported from the ocean and carved by stone tools.

Temple of the Feathered Serpent 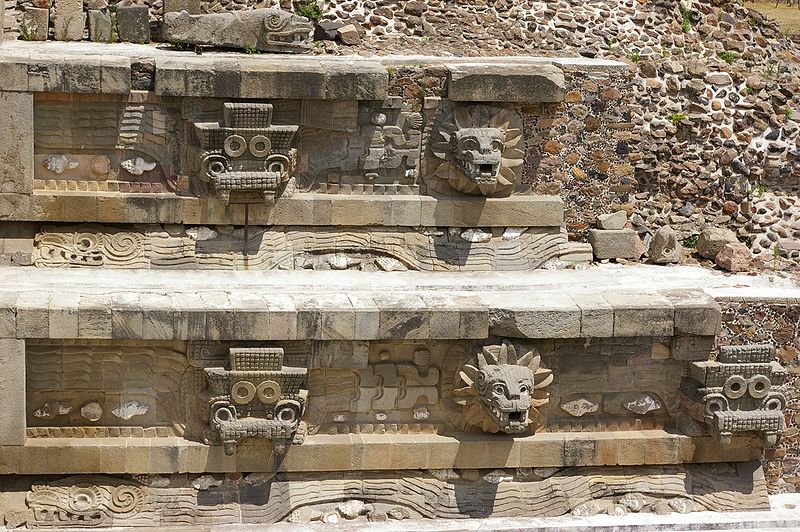 There is a question that should be asked with regard to the finding of these shells. Did the original founders of Teotihuacan migrate from the Caribbean or Atlantic Ocean?

.....or did they develop an interest in cool looking things from far away - a rather common affliction among many.

originally posted by: Shiloh7
a reply to: Mianeye

I so often wish the catholic church has not been able to destroy their histories and beliefs so effectively, its like a robbery of a culture's soul and we are left the poorer for it.

Exactly so much was wiped from history about these cultures.

If you go to India you can have access to many things in their past preserved, many books and traditions still exist.

Central and South America is basically wiped out compared to what India has, pretty sad.