Wierd Coincendence between this map and Ebola?

posted on Oct, 29 2014 @ 08:49 PM
link
So there was an old thread here by member ragiusnotiel about all the people eating/biting other people episodes a couple years ago. She made an excellent map from all the information gathered in the thread here. I have been watching and trying to compare this map to cases/suspected cases popping up of Ebola and it's actually looking kinda eerie 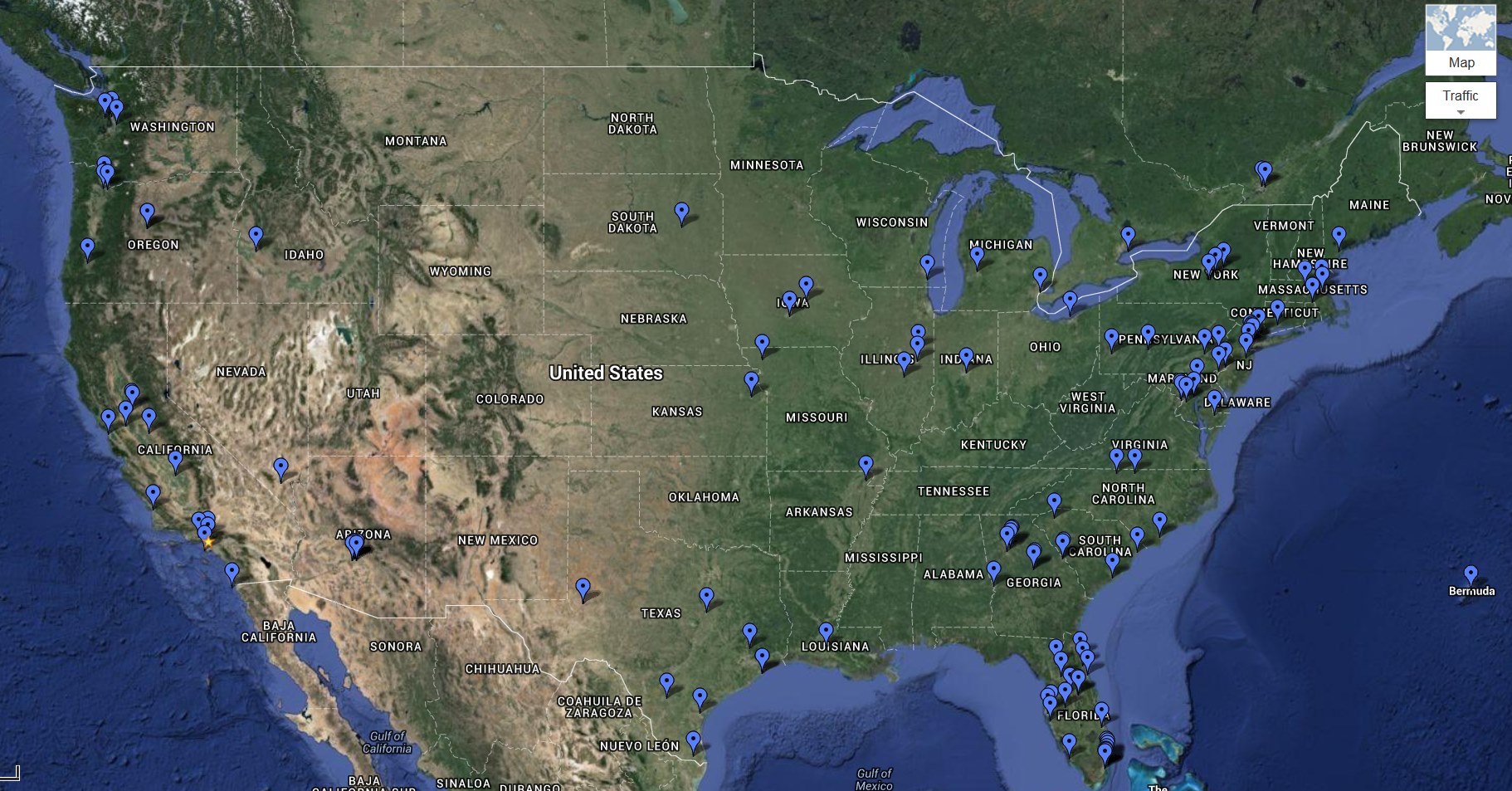 I would love to make a new map with all the Ebola cases and suspected Ebola cases and compare the two to see if they follow any pattern. Unfortunately I have zero skills where this is concerned. So any help from our wondrous researchers here on ATS would be appreciated and potentially very informative.

Thanks!!!! That's even creepier then because they are starting to match up

Sorry I was looking at Africa!
edit on 29-10-2014 by PhoenixFreeman because: (no reason given)

posted on Oct, 29 2014 @ 09:22 PM
link
a reply to: xuenchen
Hehe yeah right? It was speculated in that post that the events were a test run of some biological or designer drug induced event by the Govt.

And the maps are definitely starting to look similar. Middle of the country basically empty, east coast more cases, west coast a few etc etc. And if you go the actual "Zombie" map and scroll out Africa? Nothing, doh!

Anyway it could be intriguing and this is the skunk works after all right? All things "WOO"? LOL

Africa is kinda eerie cause there were NO.. (err ONE event lol oops, and in Nigeria!!) events anyone could find there at the time.

originally posted by: PhoenixFreeman
I fail to see the correlation? Please elaborate...

Sorry I was looking at Africa!

They will end up correlating - eventually every population center with a hospital will have a suspected case. And hospitals are located where there are large concentrations of people.

I think both maps show the population density of the US.

I'm aware that this is Skunk Works....but are you suggesting that people that have contracted ebola are biting and/or eating people?

Guys shh! I've been too depressed cause of the Ebola lol so I'm doing this to get my craziness out in the Skunk Works!
No rational, logical thinking please LOL. Gotta put your tinfoil hat on and see the Zombie Apocalypse brewing and help uncover it. Please? lol

Ya never know maybe they did do something back then to see peoples reactions and how things might spread? Doesn't mean we have Zombies incoming, just means they 'might' have done a test run before.

No No just that they might have done a biological test run a few years ago with something that wouldn't be connected to Ebola when they finally let loose the real Bio Agent they planned to.

ETA: Besides I think I'd rather fight Zombies (If they are The Walking Dead type anyway.. no World War Z Zombies need apply /shiver) than die of Ebola... Yuck

LOL yeah let me go draw a bath for ya Zombie time!

Yes I know what those are I'm just kidding with ya

You know I just had a thought (Scary I know) I can see Ebola being in major population centers, but what about the "Zombie" incidents? Why would they be in major pop centers? I'd think they'd be kinda random, unless it was planned that way?

originally posted by: Ektar
a reply to: Lilroanie

There's been so much in the ways of pushing the zombie/shtf scenario through Hollywood and so many popular tv dramas etc. that I can't imagine the programming is so forcibly pushed for no reason.

But if you look at the world around you these days, it's not going to be long before there's a large war/economic collapse/pandemic (weaponised or natural, i say weaponised, but I'm sure it's happening either way) or all of the above. With the depopulation peeps in control and the "never let a good crisis go to waste" attitude, would it not be advantageous for all those in charge to programme us on how to react to seeing desperate, ill, starving people. To programme those of us who survive the initial blast to treat these desperate people as "zombies", who can be killed indiscriminately.

None of my generation have seen what desperation really looks like. Mix in some boils and red irises and suddenly we have gangs of idiots going round zombie hunting.

Humans are pretty stupid on the whole and unfortunately we get stupider the more of us band together.

When it all does fall apart, my goal is to help as many people as possible, instead of being pushed into the "lone wolf survivalist dog-eat-dog" type they want us to be.

Don't let it happen, show love to all, unconditionally. It doesn't matter to me in the long run if I get sick after helping a sick person. I will have passed on the cure - love - and maybe humanity will survive, not just humans.

Yeah it is, if you have time and the inclination to read that whole thread and then compare the ideas/speculation from then to what is happening now it's very creepy. If it follows the old map I'd say the UK should start having more reported "potential" cases soon too.

You have much more faith in people than I do. I hope it works out so that things are better not worse, but I'm not holding my breath