posted on Oct, 27 2014 @ 12:37 PM
link
This was my weekend to do my Marine Corps Reserve training...
and while there I found and read an Aug issue of Tactical-Life

The story is about the Next gen of combat rifles 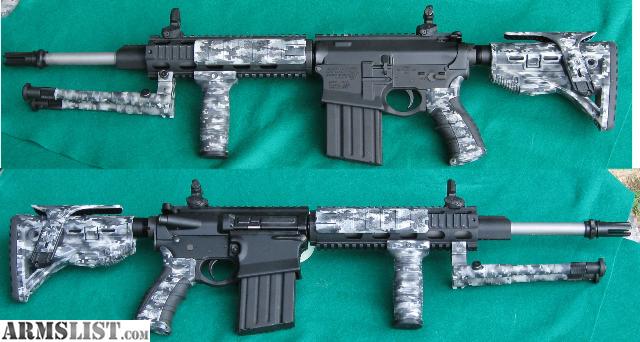 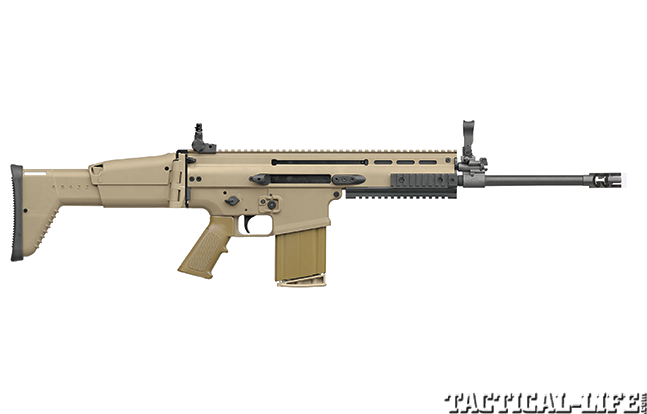 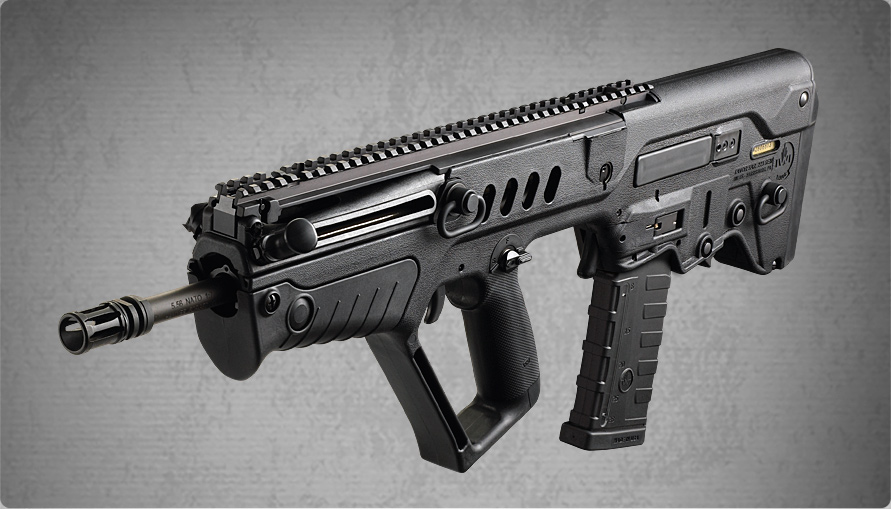 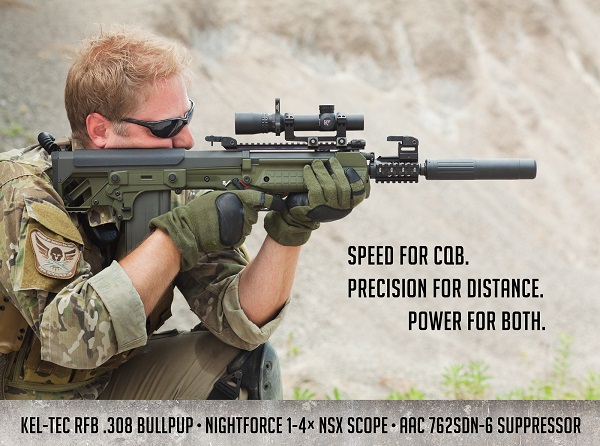 For those of you expecting to see a replacement for the old M16/M4... well you can forget it... that program was canceled...


The eight competitors in the competition included Adcor Defense, Beretta, Colt, Fabrique Nationale, Heckler & Koch, Lewis Machine & Tool, Remington and Troy. Those competitors all passed phase one of the competition, but did not pass the second phase.

No, it wasn't that they couldn't find a better rifle... what really happened was Colt lowered their prices...

posted on Oct, 27 2014 @ 12:59 PM
link
Colt, just went to Magpul components to lower the price. Don't get me wrong I like the Magpul stocks. I just don't like their sights or mags.

I've been saving for a RFB. I like my 7.62x51 NATO. But I've heard that it has many issues concerning parts failures. I know they are addressing those as they arise, but it does seem to be a buggy rifle. I figure that by the time I have the money for one, the kinks will be worked out. It doesn't have to much modularity to it though.

I would buy a Tavor if it came in 7.62, and I know they are working on making one...but there is no release date.

The FN SCAR is to pricey in my opinion, and I wouldn't touch a Bushmaster again. Poor quality control in that company.

Gotta say I prefer the looks of the Springfield SOCOM.

Something to be said for bugless. After all this time, there simply aren't any left.


Anyone who is into guns knows kel-tec, Bushamaster,DPMS are not good. And you have to question the list if they are on them.

My personal fav of the list.
Personally, I still think it's 'older' brother was more futuristic-looking. 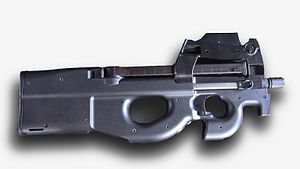 originally posted by: SubTruth
Anyone who is into guns knows kel-tec, Bushamaster,DPMS are not good. And you have to question the list if they are on them.

I believe that the reason they are not that good is because they primarily market to the civilian market. They go through the military trials to maintain their cred. As a battle rifle, they suck, but as a occasional shooter, they're ok.

And of course, a lot of people want a Tacti-cool rifle. I think the RFB does show promise, but they really need to work the bugs out.

originally posted by: riffraff
a reply to: SubTruth
What's wrong with the kale-tec ksg? I've been wanting one for a few years but every time I scrounge up $900 life gets in the way.


The KSG is a fine shotgun. I've fired it with no issues. But a combat shotgun it is not. It's more of a specialized weapon. Home-defense or room clearing maybe. But I wouldn't touch it as my primary weapon.

I have always been a big fan of the FN SCAR. Not only is the design sleek, and fuctional; but it's a nice balanced rifle, from my limited exposure to them. It's always been out of my price-range tho, to personally own.

Off-topic sort'a.
Anyone got any thoughts on the Windham line of ARs?

I picked up one of their ARs. Has been a smooth operater with over 1,000 rounds so far, and no issues.

I added some magpul options to mine tho, which has made a good improvement.

I'm also not a fan of Kel-Tec at all. They make some cool guns, but I don't trust their quality. The sub-2000 seems like it would be a cool gun to have, but I wouldn't trust my life with it. Not after my experience with the PMR-30. I wish that gun didn't jam so much. Its a cool gun too.
edit on 27-10-2014 by smithjustinb because: (no reason given)

originally posted by: TDawgRex
The KSG is a fine shotgun. I've fired it with no issues. But a combat shotgun it is not. It's more of a specialized weapon. Home-defense or room clearing maybe. But I wouldn't touch it as my primary weapon.

I think you're still giving the KSG a little too much credit.

My friend drooled over the KSG's press releases leading up to its release and was one of the fist people to purchase one. He immediately called me up and off we went to the 'back 40' to put it through its paces.

By the end of the afternoon he was disappointed. My Remington 870P (8+1) cycled flawlessly with various lengths and loads, while the KSG suffered multiple misfeeds when cycling, failures to eject and cycling issues when switching between the two feed tubes at combat speed.

On a side note, I just went to a gun show this weekend and saw three for sale, the cheapest for $650 and the most expensive for $790. I could of sold my 870P for almost what I paid ($380 new), while the KSG's were still sitting there at close of business on Sunday; nearly 50% off MSRP. It would seem there is a lot of likeminded individuals out there.


originally posted by: riffraff
a reply to: SubTruth
What's wrong with the kale-tec ksg? I've been wanting one for a few years but every time I scrounge up $900 life gets in the way.


The KSG is a fine shotgun.

Personally, I still think it's 'older' brother was more futuristic-looking.

Yea, I have a Mossberg ATS (that's amusing ain't it? Though it stands for All Terrain Shotgun...I have no clue where they came up with that one).

But it'll eat any length of 12 gauge you feed it and happily keep blasting.

What exactly makes those listed rifles "next gen" ?

They are all AR platform rifles (with the exception on the bullpup designs) with some composite beauty covers over them. Now i understand that the SCAR has the quick change capability to change caliber and barrels, bu really, you can do that with any AR. just have another upper receiver in the desired caliber and boom, 15 seconds you can have it changed. So that is not really a new development, either is the piston driven system, thats been around for a LONG time, and you can buy an AR with a piston driven system, or convert it over yourself.

In what world is the m1a bug less?

This is similar to the quite false myth of the 7.62x51.... which is really a pretty sub par round just so you know.

The reality is several of the 1st gen battle rifles and their progeny (note none of which took 12 YEARS TO GET FUNCTIONAL.... not RIGHT ... FUNCTIONAL) are lighter less prone to breakage and just flat better to fight with and carry to the fighting.... (black hawk down the movie was only a couple hours and I still wouldn't bet on my ability to run n gun my 20 inch HBAR AR15 and she's substantially lighter, better balanced, compact, faster pointing, and that's mine with optics and everything and a way better sling option!)

For my money... (oh did I mention I can buy the rifle, rechamber it, lay in the parts to rebuild it TWICE minus receiver, AND throw in an optic for less than an entry level m1a? )

And it starts lighter to begin with... once I fab up my rifle chassis accessories spares and another 440 round sealed ammo pack.... I'll still be under your sage chassis, FIRST round of shipping your m1a back to Springfield and a 20 round box of mid grade ammo that's 4x as expensive per round.... hah!!! (Oh and be ready to buy 2 to 9 more boxes of assorted ammo types to figure out which brands and specific loads your particular m1a "likes" and by likes I mean will consistently function and get you to 2 to 4 MOA at 100 meters.... while I happily punch effortless 1.25 to 2 moa groups after a proper 5 round sight in.... and that's after quarter to half moa the rifle and ammo give up to my inconsistent shooting...)

But it's OK though because I can buy lots of ammo to practice with while spending a fraction of the cost a gifted amateur m1a shooter spends...