Did the ANCIENT BUILDERS Know How to SOFTEN SOLID STONE?

page: 1
51
<<   2  3  4 >>
log in
join
share:
JamesTB
+25 more
posted on Oct, 27 2014 @ 07:48 AM
link
It seems to me that some of the marks left on those stones in megalithic sites were not made by copper chisels or stone pounders/hammers as we have been led to believe. They leave the impression that the stone was softened first and then either pressed, scooped or moulded into shape. Obviously I can’t ‘prove’ that this is what happened but who can prove 100% how any on these marks were left?

Take a look at these examples – 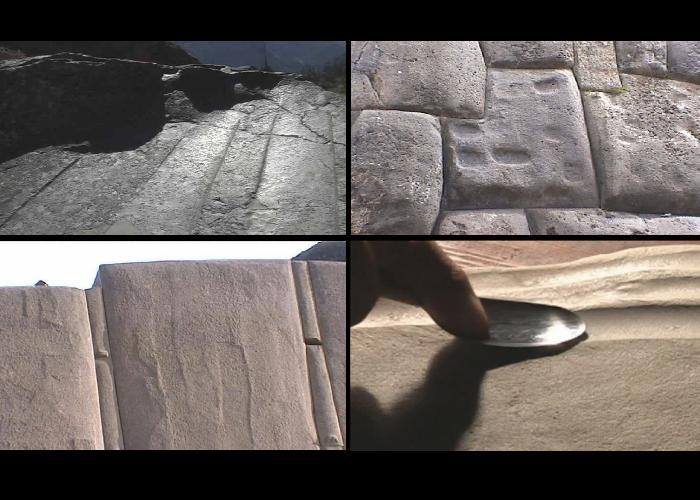 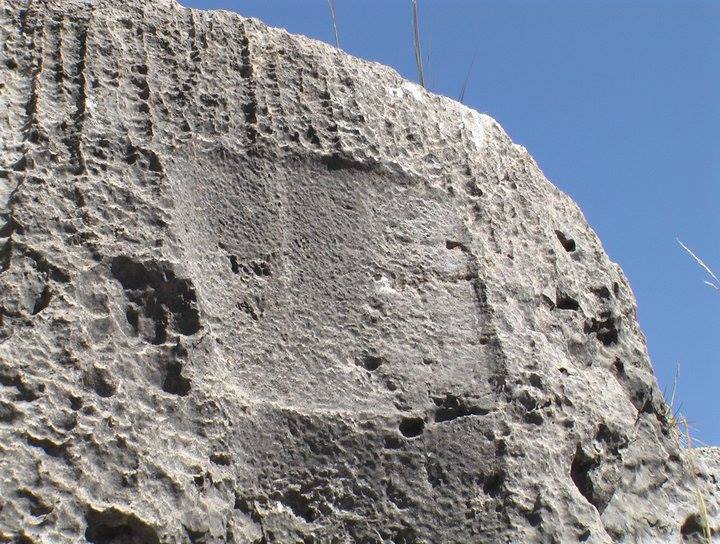 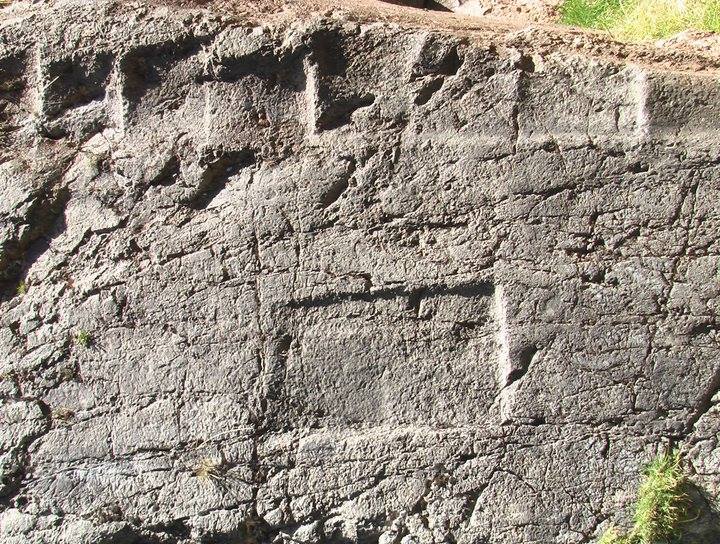 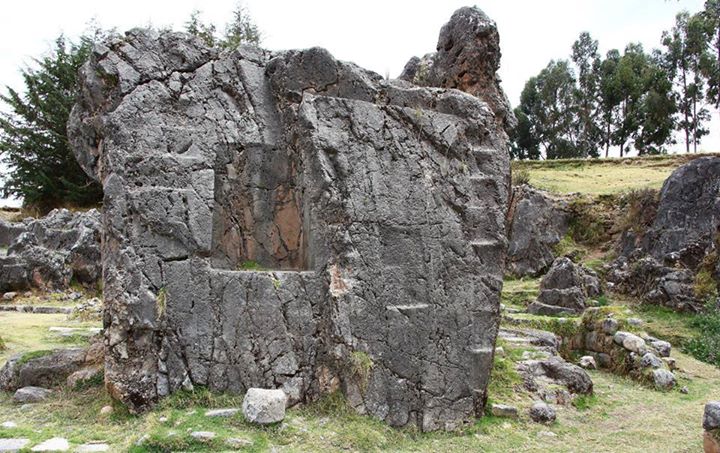 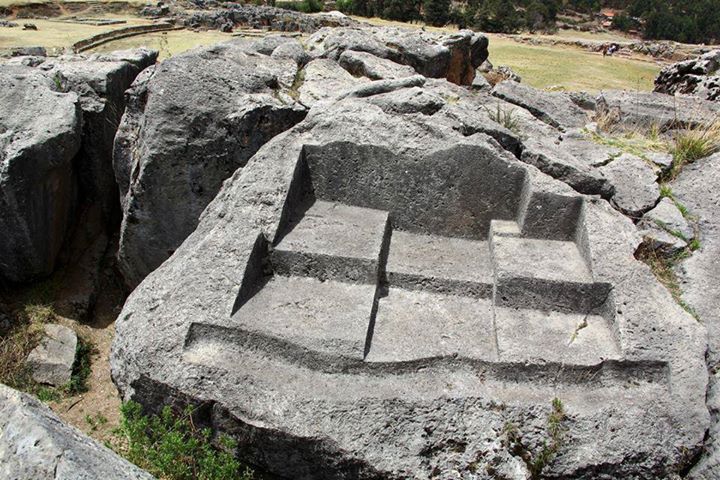 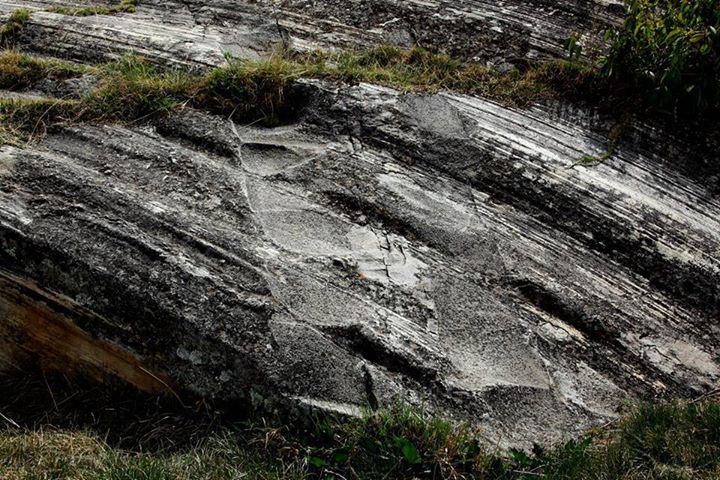 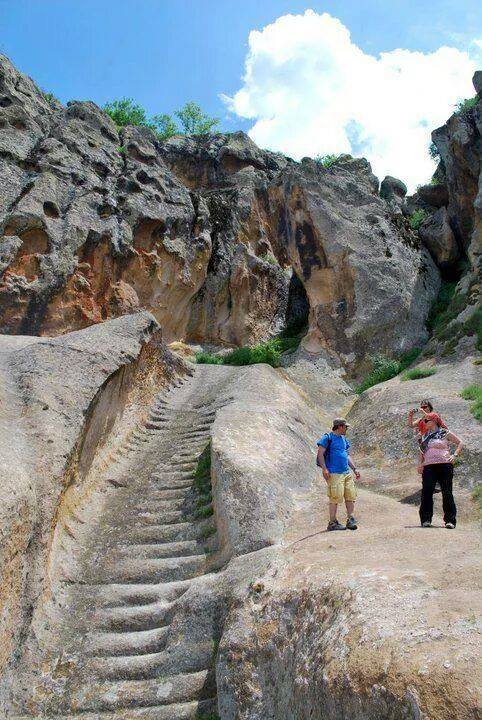 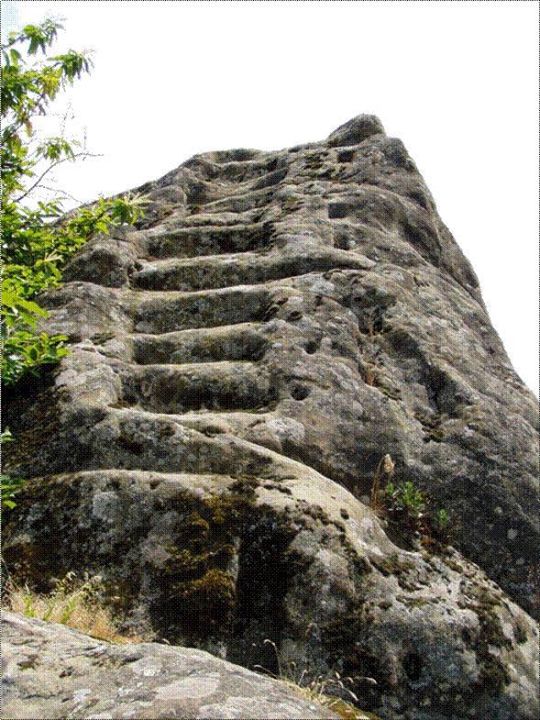 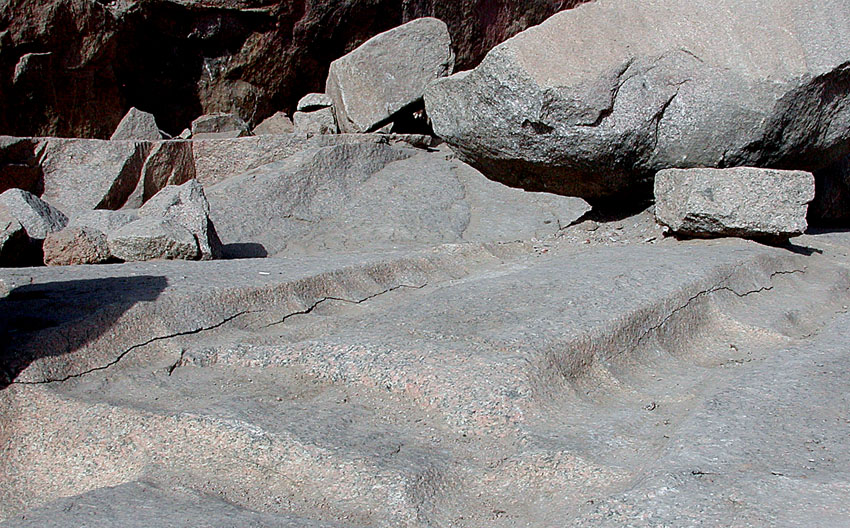 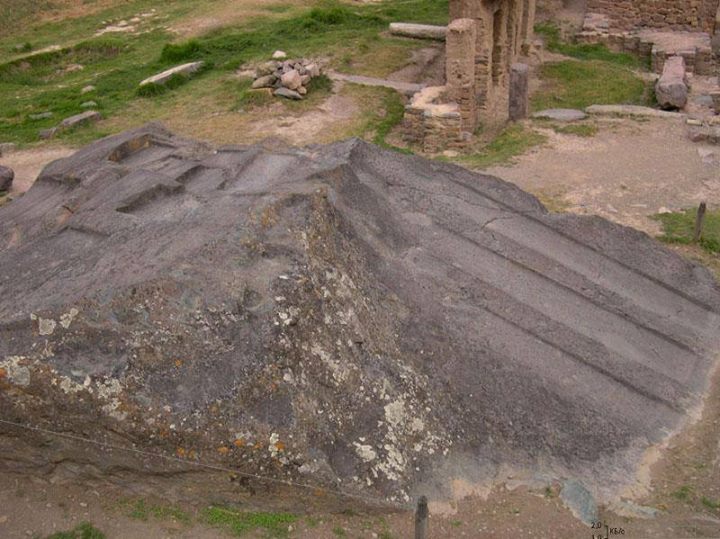 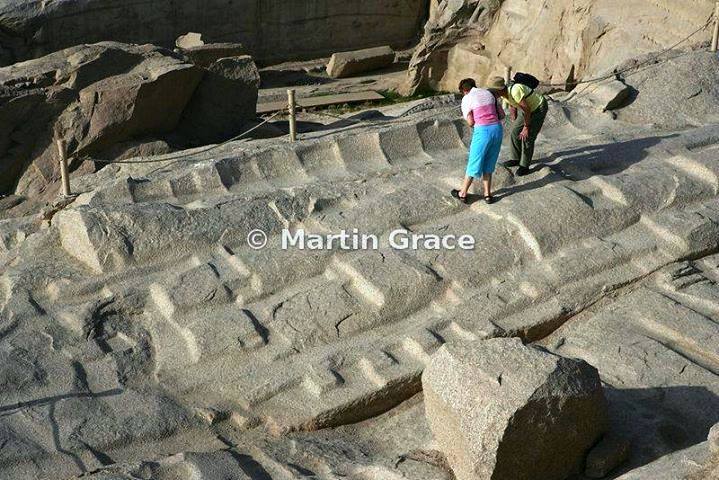 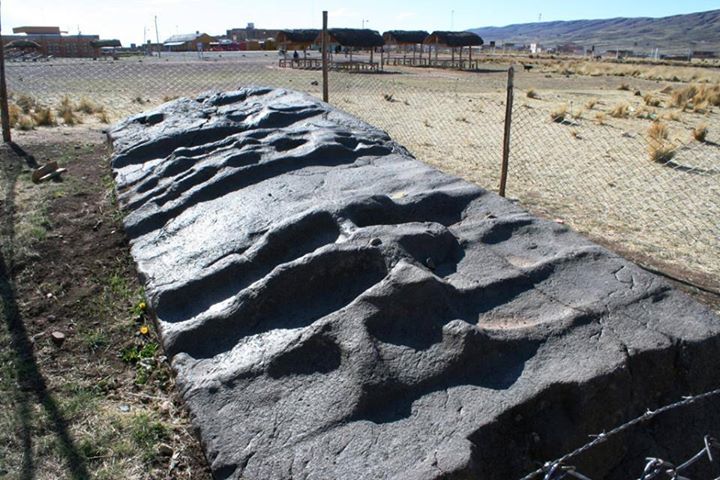 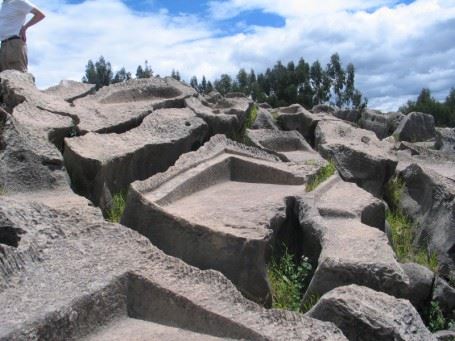 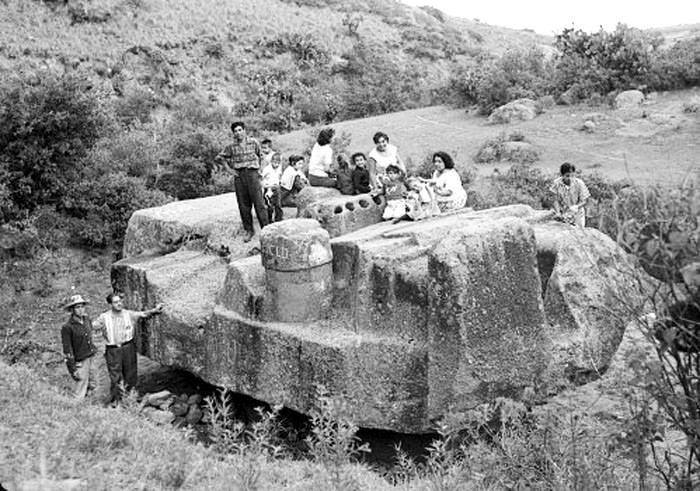 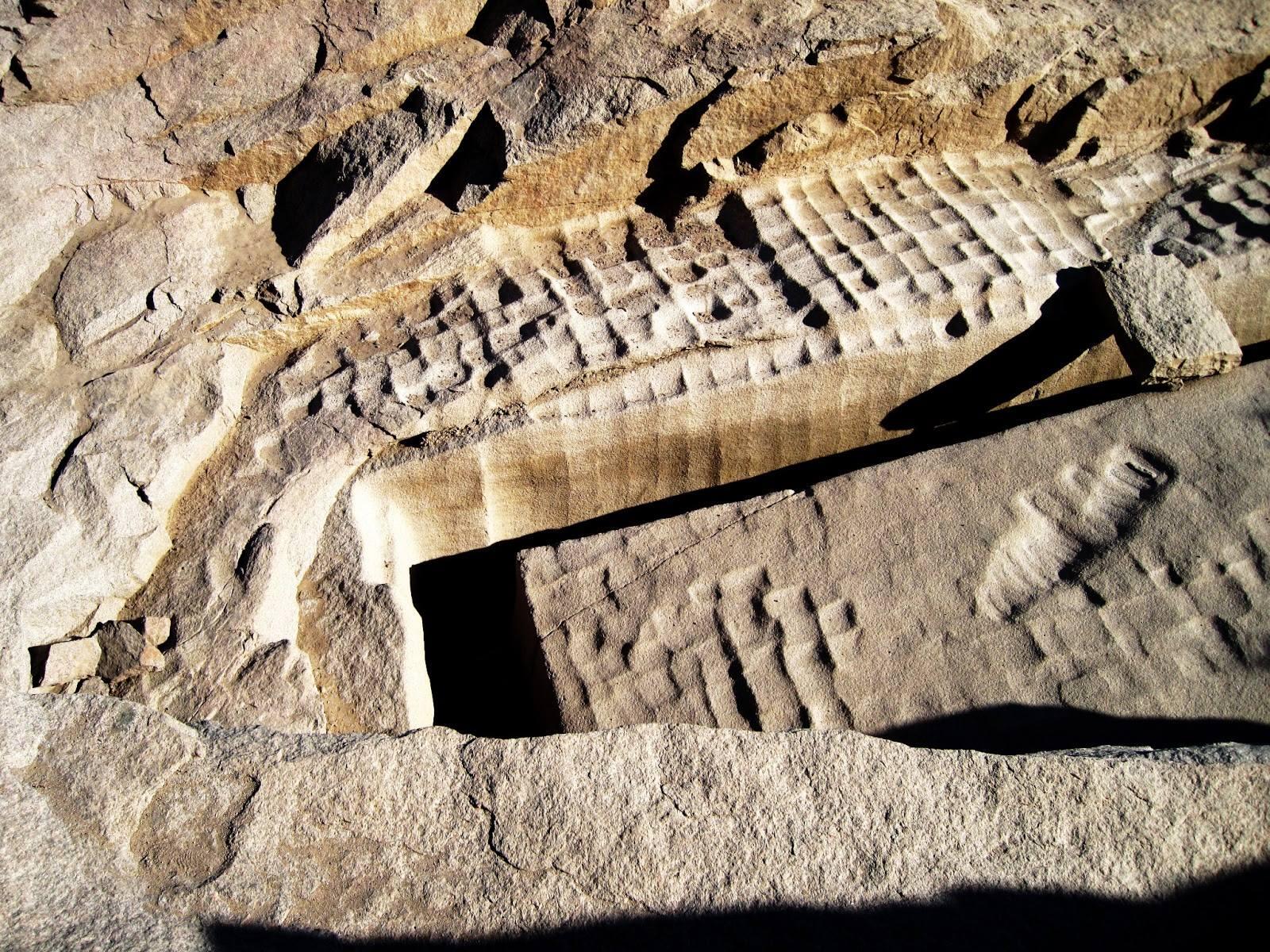 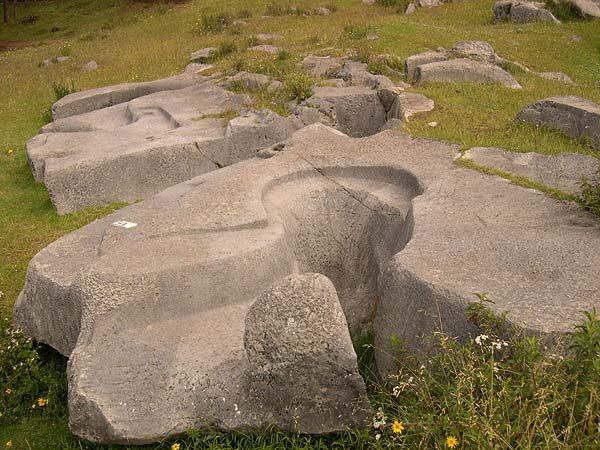 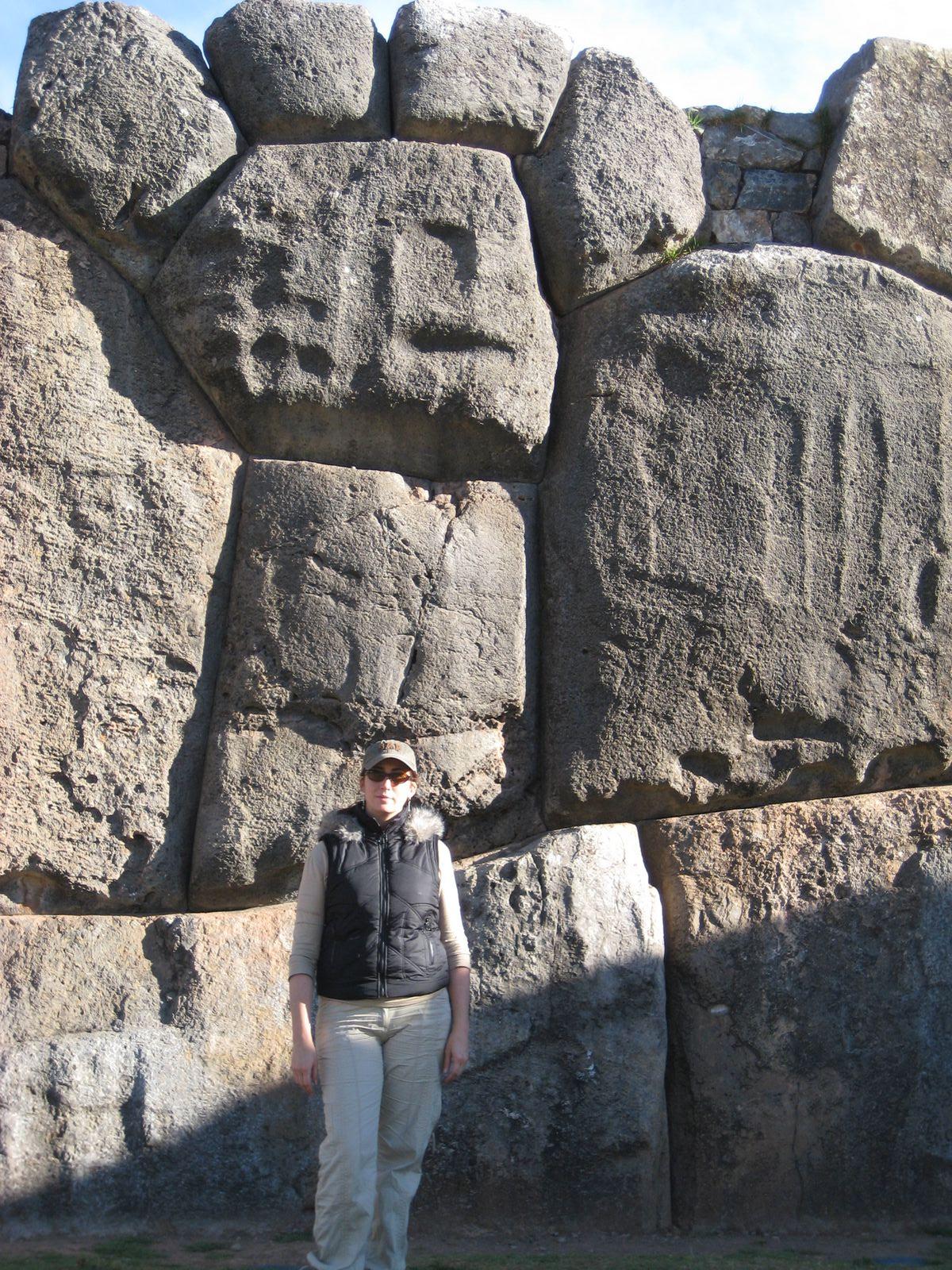 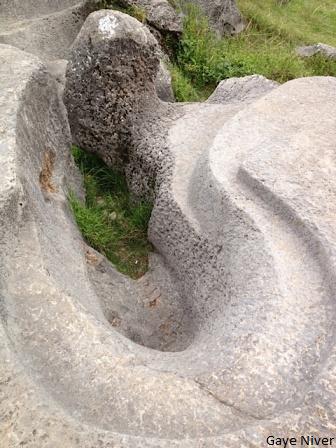 posted on Oct, 27 2014 @ 07:54 AM
link
It is as obvious as the images present, these constructions are not made by copper tools. Its impossible.

All you need to do is heat up said rocks. This may be impractical due to the temperatures needed.

I've always been intrigued by the similarities in stone-working displayed by these granite/andesite blocks, which are literally worlds apart. There are theories out there attempting to explain the knobs and softened 'look', but AFAIK no conclusive method has been identified as of yet.

S&F for putting together the thread ... however, a source incl. the locations would have been nice!
edit on 27-10-2014 by jeep3r because: text

heating up rocks soften them? at what temperature melting point?

heating and cooling a rock is the easiest way to crack it, its the way people without heavy machinery remove rocks from their terrains for ages

You'll have your" its made of an unknown cementing process" group.
You'll have the "of course it's softened everyone knows that" group.
And you'll even have a few of the "they were shaped by sound" variety.
I'm almost forgot the " they did it with Stone Age tools" crowd.
None which can demonstrate a modern example on the scale that will make you say "Wow!".
I'm still waiting for my Great Pyramid replica 21st century engineers. ..half scale even...

This is a very good topic that has left me self-debating for years now.

In a lot of these cases they are simple quarry marks and the weathering, wearing afterwards causes the 'molded' effect. But this does not account for everything and I have seen(some you posted) cases that look like the stone was cast.

I hope at some point they decide to remove some of the stones temporarily to see what the hidden sides reveal. If they are smooth and tight on all sides it would strengthen this argument and maybe there would even be other identification features present hidden underneath that would give more insight.

posted on Oct, 27 2014 @ 08:07 AM
link
a reply to: JamesTB the relatively soft limestone and sandstone shown in your pics didnt have to be softened. our ancesters have been doing it by hand with basic tools for quite awhile.
www.indiana.edu...

The only real thing that's 'Obvious' to me is that not all those marks in my opinion match the supposed method we are told they were done by, not all of them anyways. Yes, stone on stone pounding could and does create similar marking [Depending on the context] on certain natural stone types, but that DOES NOT account for all types of marking on all stone material we find around the world.

I'm not as of yet ready to believe they knew how to 'Soften' stones but rather more intrigued by their ability to shape known hard stone types and move giant blocks with ease. It's as if the ancients purposely chose to work with some of the hardest and heaviest stone pieces they could find at times as if it was simply easy for them to do so....

posted on Oct, 27 2014 @ 08:09 AM
link
It has already been proven that the ancients were familiar with acid. My money is on acid. The "tracks" you posted in the one image... that is what gives it away. If they are tracks the wheels would get wet and leave a thin trail of the substance if it was wet. A substance capable of doing that would be acidic.

I coin this theory as my own, you heard it here first.

posted on Oct, 27 2014 @ 08:12 AM
link
It is possible to create acids from natural foods. But to dissolve stones like granite, you would need HydroFluoric acid. Not even the oil/gas industry don't handle that chemical directly.

Lost Civilizations of the Andes

The name of the plant that allegedly 'softens stone' is Ephedra andina. It's alkaline and also a banned performance enhancing drug.

Someone posted about this a few years back here on ATS: The plant that softens stone

originally posted by: Lunica
It is as obvious as the images present, these constructions are not made by copper tools. Its impossible.

just how the construction of the pyramids was considered "impossible"?

posted on Oct, 27 2014 @ 08:19 AM
link
How do you explain all the stone debris at quarry and building sites? I've give you three guesses on what the old quarries on the Giza plateau were filled with when they were cleared out....

As Blackmarketeer noted this subject was done before. To prove it is easy - find the 'softening' agent. Given what we know from images, tools found and later Greek and Roman sources who wrote down how they did their work - it would seem they used the same methods then that we used in our own time: pounding, chiseling and cutting. Copper works just fine on limestone, especially the softer varieties and much that we call copper was actually different types of bronze, copper mixed naturlly not just with tin but arsenic, phosphorus and other metals.
edit on 27/10/14 by Hanslune because: (no reason given)

posted on Oct, 27 2014 @ 08:20 AM
link
We will never know, all the conquerors of the past. For land and religion destroyed much of what was out there for documentation. To propagate their own ways. I am sure most did not read anything before destroying it. Take the riches enslave, recruit, force to conform or kill. Some of the old ways are just lost forever because of greed and non acceptance of those that were different. Some millennium it may be different. I won't hold my breath.

posted on Oct, 27 2014 @ 08:23 AM
link
I brought the subject up before... There is supposedly a bird that lives and makes holes in stone cliff faces.. The bird collects some kind of plant which it uses to soften the stone so it's pecker/bill can make holes in the stone. Indigenous peoples who were close to their environment IMO could have observed the birds and the plants they used for the stone softening... Gather plants and walla you got some softening agent.

This is all predicated on the story of the birds being true which I seem to remember reading from different sources ?
Found one at ATS.... The plant that softens stone, is the title of the thread posted by skjalddis

I recently read the account of Colonal Fawcett's exploration of South America - 'Journey to the Lost City of Z'. This thread isn't about him or his explorations, however, but just one thing that he comments on in his account. The journals are peppered with his observations on natural history and this involves one of those observations. From pp75 -77...



.. Talking of birds, all through the Peruvian and Bolivian Montana is to be found a small bird like a kingfisher, which makes its nest in neat round holes in the rocky escarpment above the river. These holes can plainly be seen, but are not usually accessible, and strangely enough they are found only where the birds are present. I once expressed surprise that they were lucky enough to find nesting-holes conveniently placed for them, and so neatly hollowed out - as though with a drill.
"They make the holes themselves." The words were spoken by a man who had spent a quarter of a century in the forests. "I've seen how they do it, many a time. I've watched, I have, and seen the birds come to the cliff with leaves of some sort in their beaks, and cling to the rock like woodpeckers to a tree while they rubbed the leaves in a circular motion over the surface. Then they would fly off, and come back with more leaves, and carry on with the rubbing process. After three or four repetitions they dropped the leaves and started pecking at the place with their sharp beaks, and - here's the marvellous part - they would soon open out a round hole in the stone. Then off they'd go again, and go through the rubbing process with leaves several times before continuing to peck. It took several days, but finally they had opened out holes deep enough to contain their nests. I've climbed up and taken a look at them, and, believe me, a man couldn't drill a neater hole!"
"Do you mean to say that the bird's beak can penetrate solid rock?"
"A woodpecker's beak penetrates solid wood, doesn't it? ...No, I don't think the bird can get through solid rock. I believe, as everyone who has watched them believes, that those birds know of a leaf with juice that can soften up rock till it's like wet clay."

posted on Oct, 27 2014 @ 08:25 AM
link
By the title of your post i thought it was a silly idea, however after looking at the pics I see where you are coming from.
Cool thought.

Softened stone would have led to muuuuch more stone art than what we see today. Stone sculptures would be more abundant. Heck hand impressions in stone even?

Softened stone would have led to muuuuch more stone art than what we see today. Stone sculptures would be more abundant. Heck hand impressions in stone even?

An excellent point, why use a stone soften to make dull squares and rectangles? Where is the flowing smooth stone work - there should be a lot of it.

posted on Oct, 27 2014 @ 08:38 AM
link
There was once i believe a plant that had the ability to soften stone with its juices extracted from its leaves & ancients knew how to reverse the process later, reversing process knowledge is now lost as i recall from one article i once read.

There are a few topics about this plant on ATS but its late as im about to got to bed, too tired to search, just couldn't help my self as i had to reply before going to bed.

A process ancients discovered by watching birds use the leaves of a plant soften the rocks on cliffs to make way for their new nests. Cant find this article again no matter how hard i try But from memory its what i recall clearly.

Correction: about a plant not this plant as plant variety is unknown.
edit on 27-10-2014 by MegaSpace because: (no reason given)