posted on Oct, 26 2014 @ 09:32 PM
link
This would be sad if it wasn't so common- democratic voters being disenfranchised by the thousands. This happens around the country every election, why do people still stand for it?

The voter registers need to stay out of the cemeteries.

In this case, it must be a computer error.

Oudoceus
+7 more
posted on Oct, 26 2014 @ 09:50 PM
link
Things like this shouldn't happen in this country. Then again, it is kind of nice to see the Democrats getting a dose of their own medicine.

originally posted by: xuenchen
In this case, it must be a computer error.

You already made a thread about this very same thing! Georgia partisans feud over voter registration

Have you really decided that computer error could be a possibility? Or that this was deliberate? I mean...it's only Democratic voters being affected and not Republicans.

We have to wait for the courts to decide.

I'm sure the voter registration copies will certify the names and signatures.

Amidst this chaos, the Secretary of State publicly accused the New Georgia Project in September of submitting fraudulent registration forms. A subsequent investigation found just 25 confirmed forgeries out of more than 85,000 forms—a fraud rate of about 3/100ths of 1 percent.

25 our of 85,000. So Fraud doesn't seem to be the issue here. At least not Voter Fraud. Perhaps it's more along the lines of Partisan Political Action Fraud???

posted on Oct, 26 2014 @ 10:05 PM
link
There have been allegations of fraud in Georgia recently. This is part of that. The group admits about 9,000 of the forms were not filled out properly and were submitted to comply with the law.

Georgia Secretary of State Brian Kemp (R) said Tuesday his office was investigating allegations of voter fraud by a group led by the state’s Democratic House minority leader that it believes may have forged voter registration documents and signatures and filled out voter applications with false information.

Also according to the group these are NOT Democrat voters as people have said. It's both Democrat and Republican voters.

“It is a non-partisan project,” Abrams said. She said the group hired hundreds of canvassers who were trained and went through background checks.


AKA not white.
Everyone relax remember all kinds of voter fraud only happens in Democrat states not in fine upstanding Republican states like Georgia. It looks like Georgia had to come up with another way of getting rid of those new 85000 register voters seeing how their claims of voter fraud went belly up.

originally posted by: Oudoceus
Things like this shouldn't happen in this country. Then again, it is kind of nice to see the Democrats getting a dose of their own medicine.


Can you show proof of a Democrat state that made 50000 voter registrations disappear?

So the Republicans scream and scream when they think Democrats are committing fraud and that their voter ID laws are not about race or status. Here is a clear case of both and yet they come into defend these actions.

Of course xuechen is in here, the usual accuser..in here defending the very thing he/she constantly posting about.

They can't defend their actions when facts are involved..

Make one accusation though with no proof..against a Democrat...BOOOM..the thread explodes with replies and pats on the back...

originally posted by: buster2010
a reply to: xuenchen


AKA not white.
Everyone relax remember all kinds of voter fraud only happens in Democrat states not in fine upstanding Republican states like Georgia. It looks like Georgia had to come up with another way of getting rid of those new 85000 register voters seeing how their claims of voter fraud went belly up.

Can you show proof all these names are a specific party or race?

It's a bombshell if true.

Or people who used to always vote Republican who finally had the good grace to die already and change their mind and start voting Democrat ...

We've all heard the stories that go around for both sides.

posted on Oct, 26 2014 @ 10:35 PM
link
Sounds a bit "Fishy"... outside of Atlanta or Macon I wouldn't think that there would be 50K voters registered at all... Sounds like someone got rid of some evidence to me... Perhaps we should count the graves in those missing voter registration districts and see what kind of numbers turn up. This is really a non-issue as voter fraud has been electing people since the ballot box was a whiskey barrel. Both parties do it and have been for a long time. If you think you have seen voter fraud wait till 2016! False registration, stuffing the boxes is really old news. Why waste all that manpower when you can just call a super-Pac and they will just buy your vote....Look at how many people were bought off because they were going to get $1.000 bucks on there next tax return and a nice Obama Phone...thats what we're dealing with here. Hmm what about a voter district with 2349 registered voters turning in 6600 ballots? Hmmm 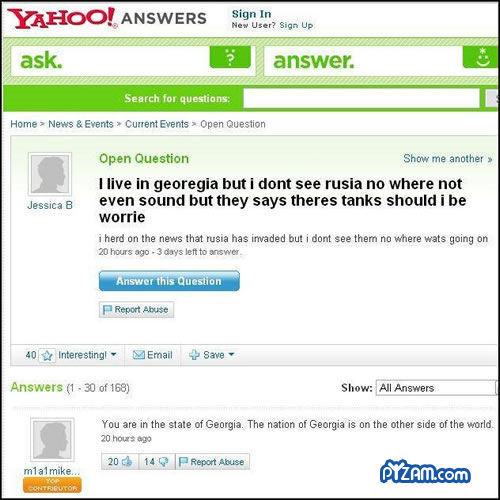 What does this have to do with voter ID laws? Every state requires registration.

See here is the thing I could never understand why Liberals were against ID laws and Conservatives for.

I always thought both sides were racist to assume that voters who could not afford ID's were poor and minority.

Now I am seeing why they want ID's..they can put a face to the name now. They can now target people by race because an ID card would not lie.