More broadly speaking, asked whether the West “just doesn’t get it” in the Middle East, Ya’alon listed what he said were the misconceptions, misunderstandings, naivete, wishful thinking and ignorance that left the West thinking erroneously, “We the Westerners know what is good for the Arabs.” The product of this kind of mindset, which had falsely contended that mere elections in the region would yield democratization, Ya’alon said bitterly, “is collapsing in front of us.”

Asked directly if this was “why you said Secretary Kerry should just get a Nobel Prize and go home? Do you think the West just doesn’t get it?” Ya’alon replied: “I spoke about misconceptions. It is a misunderstanding, without naming anyone. It might be naivete or wishful thinking — ‘We the Westerners know what is good for the Arabs.’ To believe that you can have democratization with elections . . . it is collapsing in front of us. And part of it is ignorance, yes.”

Meeting with Hagel allowed to go ahead so as not to harm defense ties, US officials quoted saying


Haha then you have Psaki (I know get your face palms ready):

The White House and State Department declined to comment on internal deliberations about who Ya’alon should see. At the State Department, spokeswoman Jen Psaki noted that the Ya’alon’s meeting with his counterpart Hagel was “a natural, standard procedure.”


And I’ll leave you with this last quote:

“All that can ‘save us’ is for John Kerry to win a Nobel Prize and leave us in peace,” Israeli daily Yedioth Ahronoth quoted him saying at the time.

Like I’ve been saying - Don’t believe the few on here who are Over-Hyping that U.S. is solid & nothing bad is happening. While at the same time trying to downgrade other countries (Russia). Under the leadership of Obama, the U.S. is losing it’s grip which is nearing the point of no return.


Compound this w/ the throat-slitting thats going on behind-the-scenes between U.S. & Saudi. Not good. . . 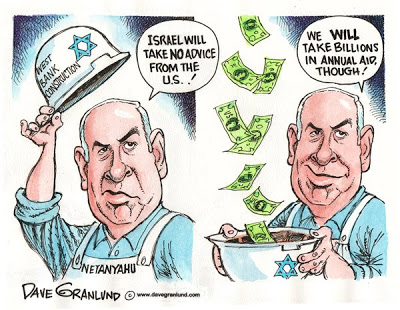 posted on Oct, 25 2014 @ 10:48 PM
link
He is just another scumbag warmonger like their prime minister. If he is so upset with America he can push for Israel to cut all ties with America and quit begging America for billions every year.

Ya’alon also discussed Iran’s nuclear program, and the deal that may be taking shape ostensibly to rein it in. “The framework of this deal is about how many centrifuges should this regime have,” Ya’alon carped. “Why should they have the indigenous capability to enrich uranium?


Why should Israel be allowed to run their illegal nuclear program? Seeing how Iran signed the NPT Iran has the right to enrich their own uranium.

‘We will keep this regime from having a bomb for a year or year and a half’ — what does that mean?”


How many decades has Israel been whining this now? Three or four and guess what still no bomb. Until Israel allows international inspectors to see what they are hiding then they should shut up about what other nations may be doing.


You reverberate my same sentiments. Iran should be allowed to continue their nuclear endeavors.

Israel NOT signing the NPT really has no room to speak nor criticize any other nation's nuclear ambitions. Far as I know, Iran has been compliant. Israel is constantly whiffing on their "Oh, Iran is this close to a nuke weapon" blah blah Boo-Hoo.


Israel would burn all their bridges, and complain while bringing down others with them. . . Scumbags.

posted on Oct, 26 2014 @ 12:08 AM
link
The rats are always first to leave a sinking ship..........and I don't hardly blame them...we are about sucked dry....all that remains is the next big defeat either on the battlefield or the financial fields....
I still remember that traitor Zackheim who sold squadrons of jets to Ysrael for pennies a pound, among other heinous acts while holding two passports and working as pentagon comptroller...(.Who lost the trillions of dollars the day before 911on his watch)
Meanwhile WHAT IS Israel DOING to win a peace prize....just asking....
edit on 26-10-2014 by stirling because: (no reason given)


In this case it's actually the U.S. who may dump Israel for their continued War Crimes.