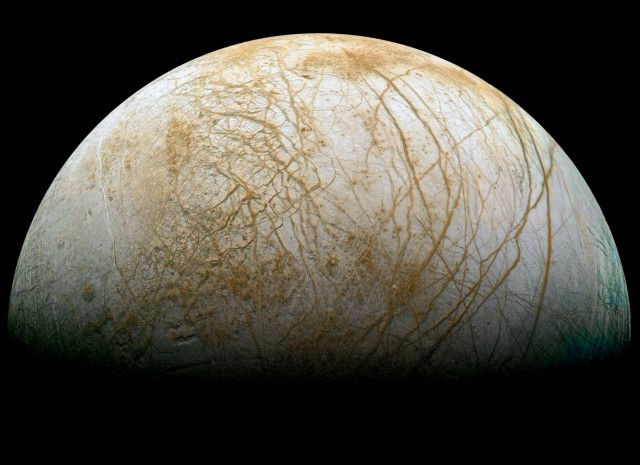 In a rather intriguing twist, it appears that NASA is now mandated by law to fly a robotic mission to Jupiter’s watery moon Europa.


This is an article from March 7th 2014, but didn't see it when I searched. The title of the article bothers me because it gives the impression that NASA has to be forced to conduct its research and space exploration. Unfortunately, everything comes down to cost as there is no shortage of brilliant minds working at NASA that given a blank check, would make our wildest dreams come true.

It seems, thanks to Houston Congressman John Culberson, who appears to be a bit of a science nerd, that NASA is now mandated by law to develop a mission to Europa. Culberson is basically forcing this mission upon NASA: In 2013 and 2014, despite NASA not requesting any money for a Europa mission, Culberson gave it $43 million and $80 million respectively. In the 2014 budget bill, finalized in December, there’s not a single mention of Mars or the Moon, but Europa’s right there on page 159. Culberson is expected to become the next chairman of the House Appropriations subcommittee, too — and if that happens, NASA may find itself very flush indeed.


This is just proof to me that Congress mainly follows it's own self interests and not directly the will of the public. I mean it is our money they're spending and it would be nice if I had a say. While society carries on with their heads down, most would probably agree to allocate a greater percent of our budget to NASA giving them a much bigger incentive to stop and look up once in a while. 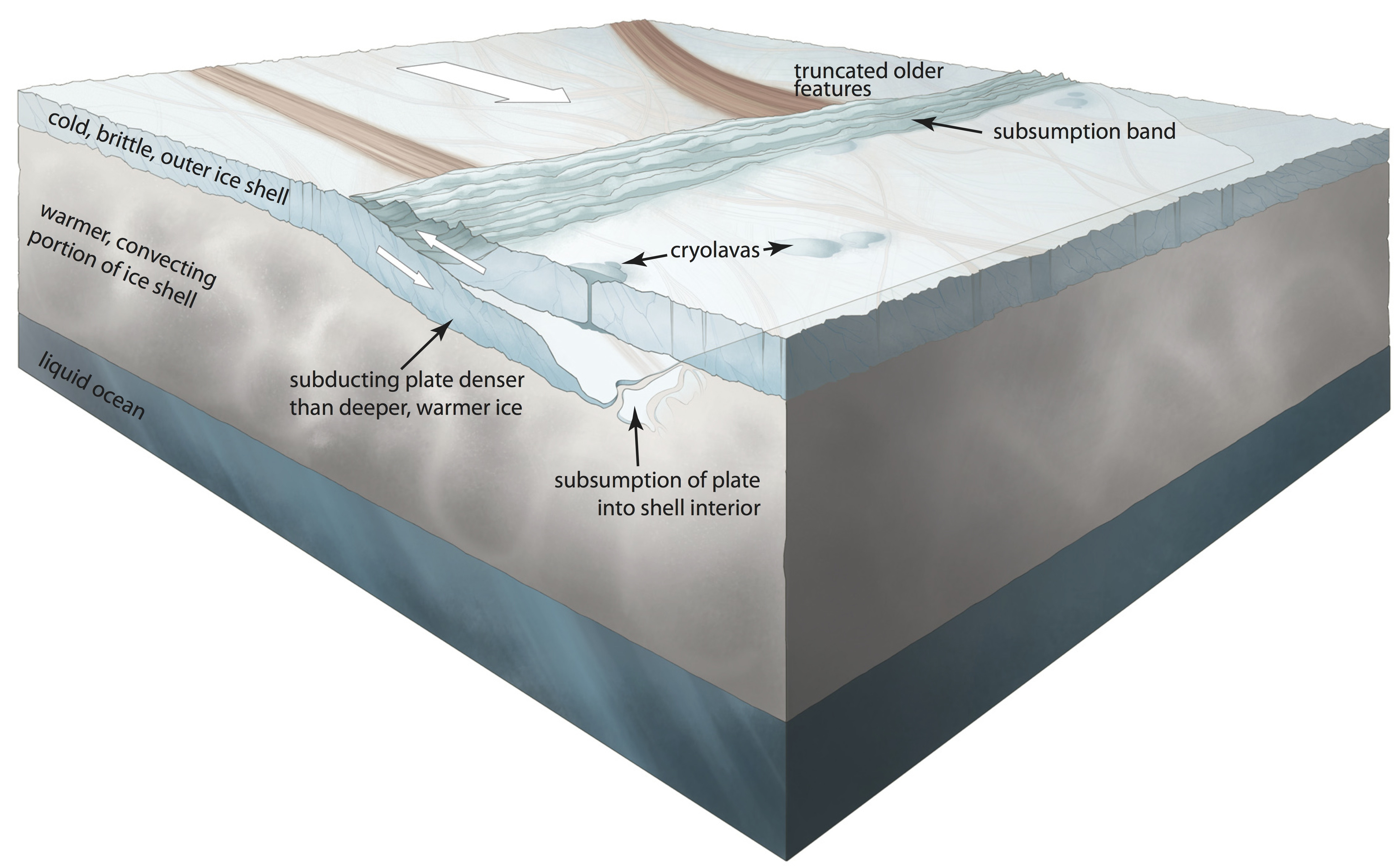 As for an actual timeline for those first tube worms, if they exist, it’s still very, very early days. It seems, after two years of having money forced upon it, NASA finally caved and actually asked for $15 million in 2015 to help plan the Europa mission. All we really have to go on right now are the words of NASA’s CFO, Elizabeth Robinson, who said the launch could come as soon as the mid-2020s — probably after we launch the next Mars rover in 2020. 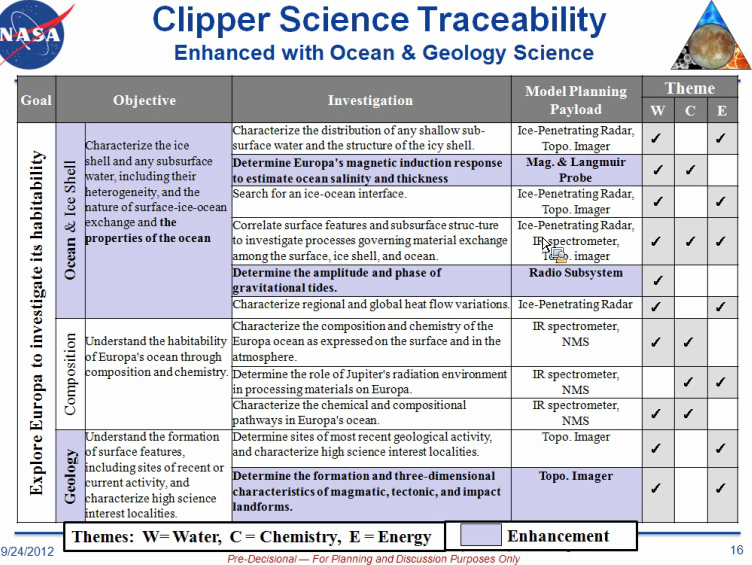 A Europa orbiter mission, or the “Europa Clipper” concept that would orbit Jupiter but make multiple close flybys of Jupiter, has been a high priority for planetary scientists, but something NASA has not committed to, citing limited budgets. For fiscal year 2013, Congress did set aside $75 million of NASA’s planetary budget for Europa mission studies, and in its FY2014 appropriations bill, the House earmarked an additional $80 million for Europa mission studies, but the total cost of such a mission is likely on the order of $2 billion.


Hey Obama! You know that pen you keep close by for special occasions? Why not put it to paper and give these people the money they need to do their job. The fact that we haven't been back to the moon or put a man on mars is seriously depressing.

There are people willing to make it happen and volunteers who would give their lives for a one way ticket to fame. Two billion? I say go for it. Wouldn't you support a few extra dollars removed from your paycheck if it would fund projects like these? Let me rephrase that...Would you be okay with less money allocated to our defense budget and more to our space program if it meant finding life on other planets? 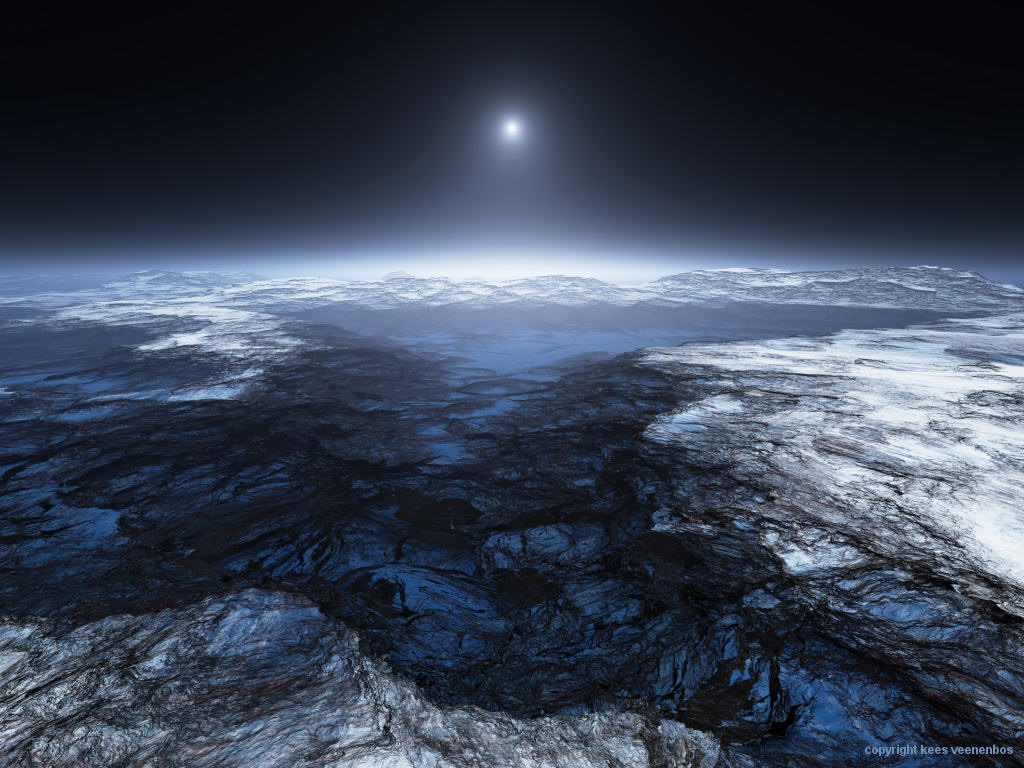 posted on Oct, 25 2014 @ 10:11 PM
link
I have conflicted feelings. I hate the fact that Science and Politics are so intertwined. I have heard of the possibility of life on Europa though. I am not sure what they are looking to prove blasting out there to find the most basic life forms. It may be fairly important because if they can find it there, that would validate the idea that life is pretty much everywhere. Something to consider being a humble Earthling. Still, Mars is really where the money should be going IMO. A little correlated information couldn't hurt from Europa.

No kidding they want to meet the reptilians in person!

Jk, however I was cracking a joke about Mars being a resting spot for Europa in another thread the other day.

Be funny if we found intelligent life there huh? Or Wales or something.

Maybe they can use some of that secret space tech Boeing and all the other private contractors have been developing with all those big government funds they get every year.
edit on 10/25/2014 by onequestion because: (no reason given)


I mean it is our money they're spending and it would be nice if I had a say.

We are a representative republic, not an perfect democracy. We don't vote on everything our government does, we elect people to do that for us.

I don't really see the problem with the budget allocation. $80 million doesn't go very far and just because it's earmarked for

pre-formulation and/or formulation activities for a mission that meets the science goals outlined for the Jupiter Europa mission in the most recent planetary science decadal survey.

doesn't mean it will result in an actual mission. Those goals, btw were outlined by NASA in the first place so yes, NASA did indeed "ask" for the funding.
docs.house.gov...

Future mission to Europa and the Jupiter system (EJSM) will offer the opportunity to consciously explore the habitability of the Outer Solar System for the first time. Two different spacecrafts, will orbit the system, focussing the measurements to Europa and Ganymede satellites in order to study the characteristics of their putative interior oceans and the surface. In addition to confirm the presence of the oceans, remote observation will search the characteristics of different environments, including those of the potential aqueous reservoirs, looking to young terrains associated with fractures or indicative of cryomagmatism
The mission will satisfies many of the objectives recorded in the space agencies plans for the next decades, because it will be able to answer fundamental questions about habitability concept and the origin of Life.
EJSM is a definitive step to more ambitious exploration missions to the Jupiter system, to be done once the water reservoirs have been established. It is a relative low risk mission, which will facilitate future landings (soft or hard) for a more exhaustive astrobiological studies.

posted on Oct, 25 2014 @ 10:36 PM
link
Yeah, Nasa and it's affilliates need more money. This is IMPORTANT people. I think we should give em a 9 trillion budget. Maybe even more. After all, we might find another life form to exploit. I heard that bigfoot was digging in to many garbage cans and harassing the people in the area with it's howling. I think we should send in a few hunters to shoot it. OH, and we'll need money for that too. Don't forget NASA, You need some contractors for the job so send a platoon of them over there.

I always thought Europa looked like a giant egg. A giant veiny egg....

The "government" does not "force" NASA to do anything...except drag their ass as a front for the militarization of space... yawn...

Hopefully they will have brought fish.

The "government" does not "force" NASA to do anything...except drag their ass as a front for the militarization of space... yawn...

Why would nasa be militarize g anything when they spend billions paying Boeing and Northrop and Lockheed to do all the black budget projects for them by paying the, excessive amounts of money for things so the extra profits can be secretly put towards other space programs they don't want congress checking into.

I said they are a FRONT for the militarization of space...

They are there to provide the public with a plausible effort to explore the universe...that is it... keep us semi-interested fools "up-to-date" with the latest effort to "expand the human condition"...LOL!!!

The REAL exploration goes on covertly,... I don't claim to have any details, but it seems obvious when it comes to humans exploring space in general,... we as a public are not in the "loop" ...

Its like when the B-2 bomber was rolled out of a hangar for all to see... that is just them saying: "we have moth-balled this high-tech wonder and replaced it with something we can plausibly deny now so,...here it is!"...LOL!

The REAL exploration goes on covertly,... I don't claim to have any details, but it seems obvious when it comes to humans exploring space in general,... we as a public are not in the "loop" ...

Its like when the B-2 bomber was rolled out of a hangar for all to see... that is just them saying: "we have moth-balled this high-tech wonder and replaced it with something we can plausibly deny now so,...here it is!"...LOL!

What makes it so "obvious?" The B2 was actually, "Here is something we have been working on for a couple of decades and now are ready to fly. Since it is now operational and can't be a secret anymore, her she is."
edit on 10/25/2014 by Phage because: (no reason given)

Pardon me, but you don't see the problem? NASA is only as good as the last check that has cleared and any funding they ask for is hardly sufficient enough to achieve their end goal. They are piecemealed and most congressman could care less about tube worms on Europa. I know some would consider this a stupid question but, should NASA really have a budget when the payoff for their services are so rewarding?

Apologies, my eyelids are getting heavy and my brain is trying to reboot itself.

Nah. There is technology the civilian populace will never know about. There's engineers being payed millions in bases all over the U.S. to create incredibly secret technology.

Yes.
And none of it is based on "unknown" science nor has it ever been. All of it is, and always has been, applications of "mainstream" science.

That's what DARPA does, issues contracts for people to come up with new ways of using known science.
edit on 10/25/2014 by Phage because: (no reason given)

Who said anything about unknown science?

I'm willing to bet there is unknown science. Of course you wouldn't know.


Who said anything about unknown science?


The person I replied to about the B2 certainly implied it.

I'm willing to bet there is unknown science.

It seems very naive to believe the government is being honest when they reveal a weapon to the public and say this is our latest and greatest...

That is all I am implying...

Logic would dictate that a "weapon" the military reveals to the public is not their most advanced version of that weapon... that would not be prudent... as Bush Sr. would say...