Woman Photographs Ghost in the Window of New House?

posted on Oct, 24 2014 @ 01:17 PM
link
A 30 year-old mother from Trowbridge, Wiltshire, UK took a picture of her new house for her friends on Facebook and later noticed what appears to be a phantom face.

Excerpt and photo from Metro (UK) (via Obscuragator): 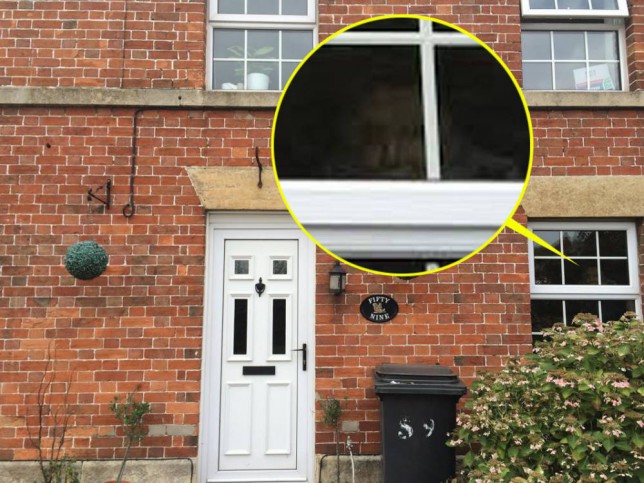 Adding to the creep factor of this seasonably apropos haunted house tale:

In addition, bizarre goings-on in the house – including a clock falling off the wall – have convinced her there is a supernatural force living there.

Local historian Andrew Jones, 50, believes the photo bears a striking resemblance to Samuel Kent, the father of infamous murderer Constance Kent, who killed her three-year-old brother when she was 16 in 1860.

‘From looking at the photograph, to me it looks like Samuel Kent. I know Samuel lived and worked as a factory inspector in the area, so there’s every chance it could be him,’ said Mr Jones.

For those unfamiliar with Constance Kent, here's a bit of her story from Wikipedia:

Sometime during the night of 29 June and the morning of 30 June 1860, Francis "Saville" Kent, almost four years old, disappeared from his home, Road Hill House, in the village of Rode (spelled "Road" at the time), then in Wiltshire. His body was found in the vault of an outhouse (a privy) on the property. The child, still dressed in his nightshirt and wrapped in a blanket, had knife wounds on his chest and hands and his throat was slashed so deeply that the body was almost decapitated. The boy's nursemaid, Elizabeth, was initially arrested.

Elizabeth was released when the suspicions of Detective Inspector Jack Whicher of Scotland Yard moved to the boy's 16-year-old half-sister, Constance. She was arrested on 16 July, but released without trial owing to public opinion against the accusations of a working class detective against a young lady of breeding. This difference in class was used as subplot by Wilkie Collins in his detective novel The Moonstone.

Five years later, after confessing to a member of the clergy and stating her desire to admit her crime to authorities, she turned herself in. She was convicted and sentenced to death. Because of her age at the time of her crime, her sentence was later commuted and she served 20 years in prison before being released at the age of 41.

There has been some speculation that her confession was bogus and that the real murderer was her adulterous father, Samuel Kent, who may have been carrying on affair with the nursemaid Elizabeth, as he had with his then wife when she was Constance's nanny and his first wife (Constance's mother) was dying!

Another theory put forth by author Kate Summerscale is that her brother William, with whom she had a very close bond, was actually the murderer or at the very least, a co-conspirator.

After her release, Constance immigrated to Australia and changed her name. She trained as a nurse and remained in this profession until her retirement in 1932 at the age of 88. She died on April 10th, 1944 at the ripe old age of 100.
edit on 2014-10-24 by theantediluvian because: (no reason given)

From the looks of this "ghost" she'd better carry a can of mace around when she goes back into that house. A squatter seems like a better explanation, or her crazy brother-in-law sneaking in through the back door.

I would still not be pleased to live there with that!

Ghost, intruder or reflection — it certainly doesn't look like pleasant and inviting. The Samuel Kent connection seems like quite a stretch (I'm sure the Kent home is a landmark) but it's the week before Halloween so I'm going with it. 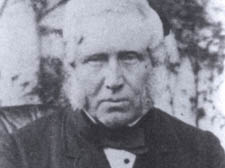 originally posted by: Iamthatbish
Looks like a little old lady to me...

I would still not be pleased to live there with that!

Sometimes little old ladies can be horrifying too! Meet Gladys: 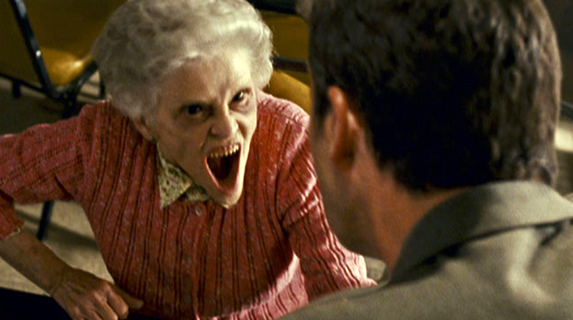 originally posted by: Septimus
Here's an image of Samuel Kent if anyone has the time to do a side by side or overlay.

I guess it must have been those mutton chops that drove the nannies crazy.

originally posted by: Yeahkeepwatchingme
Ghosts are always appearing at windows. They love the camera apparently.

Our cat likes to chill in the window too. Maybe they're just curious and nobody lets them go outside.

Maybe they're trapped or just like to show their presence?

I'd love a cat that hangs out in a window, all the ones I have make sure I trip lol.

Good point on the little old ladies, personally I'm already practicing to be an old biddy that says and does exactly what I please.

I'm not skilled enough in the ways of Photoshop to know if it's real or not though.
edit on 24-10-2014 by aboutface because: (no reason given)

There's a larger version of the image at the original Daily Mail source as well as a picture of the living room.

You wouldn't believe the shapes and faces that materialize in my slate floor: a hook-nosed man; a poodle; and a turnip.

posted on Oct, 24 2014 @ 03:24 PM
link
It could just be someone standing in the dark room. There are lots of these
pictures of ghosts in windows. These old houses are full of ghosts.