Strange fires return to Sicily. Blamed on ufo's and aliens


didn't get enough sleep last night, sorry about the problems and posts. Go easy on me please.
edit on 23pm31pm5091 by data5091 because: (no reason given) 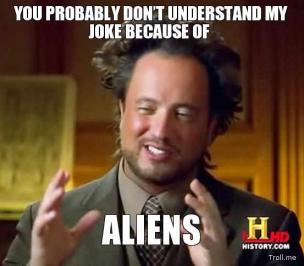 originally posted by: data5091
They are back, the strange fires and ufo sightings in Sicily.

There is evidence of absence of your evidence. :-)


I just get a Telegraph page that says I'm lost.

originally posted by: data5091
a reply to: draknoir2
try it again please.

Also, arson sounds very unlikely imo, an excuse to not have to put "unknown" or god forbid "aliens"

I dont think its aliens though, I believe there is more than enough about our solar system and even our PLANET we dont know yet that could be responsible for not only this, but many ufo sightings.

posted on Oct, 24 2014 @ 04:54 PM
link
You don't think it's aliens? What in the solar system would cause unplugged electrical appliances to spark and catch fire?

They cut the power (The Italian power company) suposedly to the town well investigating the cause, The activity persisted even tho there was no power.

Then suddenly the activity stopped.


A leaked interim report published by an Italian newspaper in 2007 signed by the Civil Protection Department concluded that the cause was "aliens" as the fire were "caused by a high power electromagnetic emissions which were not man-made and reached a power of between 12 and 15 gigawatts".

The case, however, was dismissed after one year a following a further investigation which inferred that the fires were indeed arson cases caused by humans. This time the mayor of Canneto ordered some of the 38 residents to leave their homes after 18 episodes of spontaneous combustions were recorded in 48 hours. A television set was said to have caught fire five times. Calogero Beringhelli told The Times that he believes the fires were being started by "unknown electromagnetic radiation" of unknown origin.

Sicily's council member for health and safety Vittorio Alfieri said in an interview that the fires were caused by "an entity" that transfers "from one house to another".

The report also detailed a possible UFO landing close to the village, citing "burnt imprints which have not been explained were found in a field."

Teleporting energy aliens is probably my best bet, Maybe greys or possibly skin-walkers. Maybe someone messing with the power boxs or switches or something i don't know maybe there is amundane explaination for this but still very odd.
If it is arson then everyone in the town is in on this.

Take a look at some of the videos, Plenty of people were filming the carnage.

I wonder what they did to piss off E.T if it is E.T. Maybe they built a town ontop of a buried saucer lol who knows.

If this is solar activity this is extremely bizzar activity. That or Ghosts suddenly figured out how to tap into the universal energy grid and decided burning things down in this isolated town is a good idea.

But yeah donno about arson unless they people are purposely burning down their own houses... Just to *prove* Aliens.

People have seen UFOs and other strange activity witnin the time frame all this broke out. So i think i may be with them on this, Some unknown force is drawing energy from somewhere and is utilizing it in a way that our current technology could not achieve. I don't understand how things can catch fire in a house if the sun is involved. Why arn't people just catching flame or dying from the *exposure* of these effects. It's bizzare. And i don't think that blaming Aliens is to far off considering the UFO activity in the area.
edit on 24-10-2014 by AnuTyr because: (no reason given)