posted on Oct, 22 2014 @ 04:54 PM
link
A video shows a little man walking into a polling place and looks as if he is stuffing the ballot boxes with what looks like ballots.

Perhaps this was just a normal delivery of "absentee" ballots?

The surveillance video below was recorded on Aug. 25 during this year’s primary election cycle at a central Maricopa County elections processing facility on the edge of downtown Phoenix.

A. J. LaFaro, Chairman of the Maricopa County Republican Committee obtained the video. He was watching the polls that day during the early-voting period voting for the Aug. 26 primary. 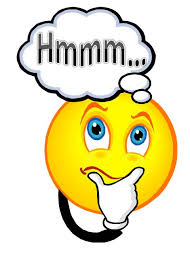 posted on Oct, 22 2014 @ 05:05 PM
link
So if the polls were being watched, how was this guy able to just walk up and do all the things he did? Why wouldn't someone say anything?

Me thinks there is more to this story than just some "activist" stuffing the ballot box.

originally posted by: xuenchen
Perhaps this was just a normal delivery of "absentee" ballots?

That's pretty much it.


ABC15 has since reached out to the Maricopa County Elections Committee about the report, and while the story may be true, Recorder Helen Purcell said the act is completely legal.

Questionable? Maybe. Not illegal though.

Democrats cannot win without voter fraud. Why do you think they are against having to show IDs to vote? They couldn't do this otherwise.

Personally, I think it should be harder than just showing ID...

* No more electronic voting.
* Everyone must vote in person ON ELECTION DAY ONLY.
* Election days during any state or federal elections should be a designated holiday, and employers must be mandated to give ample time for employees to vote without fear of penalty.
* Everyone must show valid ID AND voter registration card.
* Everyone gets an INDELIBLE mark on them somewhere that indicates that they have already voted. Indelible for at least a few days.
* All votes are counted at least TWICE by two different MONITORED groups, IN PUBLIC VIEW (not publicly accessible, but someplace where anyone can watch so there is nothing done in secret).
* Precinct results announced PUBLICLY as they are tallied so there is no discrepancy between a local station and when they get to the state (Maine and a lot of other places, 2012 anyone?)

Perhaps some well-monitored exceptions for those unable to physically go to a polling station.

What if you cannot afford an ID? Who's going to pay for that? The taxpayers?

What if you're not in town the day of an election? Do you lose your chance to vote?

What economic ramifications will come from declaring election day a holiday? Since federal and state employees are required to have those days off.....can we even hold elections?

How are we going to make sure employers give their employees time to vote? Will that require a new government oversight office?
edit on 10/22/2014 by sheepslayer247 because: (no reason given)

posted on Oct, 22 2014 @ 05:26 PM
link
Actually, the poll watcher did catch him at it once. He was showing up during the regular lunch hour, but once time, the guy stayed late and had a sack lunch because he had some other work to do, and when the guy showed up, he acted suspicious and threw out a bunch of "f" bombs when the poll watcher asked him some questions about what he was doing.

So the poll watcher got the video records to see what had been going on.

You know. It used to be much, much harder for our ancestors to go vote, and somehow, none of them thought they were being put upon to have to load up the horse and buggy and travel in a vote in whatever weather on election day.

Why are we suddenly so put upon and lazy about it and think our lives are so tough?

I was simply asking questions based on the other members ideas. Didn't say whether I agree, disagreed or anything of the sort.

posted on Oct, 22 2014 @ 05:40 PM
link
Mr. Lafaro was proctoring this particular polling place. So, if the votes were actually illegitimate, surely this man is in jail yes?

What, you mean, the Latino gentleman was just dropping off absentee votes? In broad daylight?

I have a counter question, since when is it legitimate for an "observer" to engage voters and start an altercation?

Anyone interested in the facts, do a little bit of research, and you find out that the Arizona Daily Independent Article is copied WORD FOR WORD from Lafaro's blog.

Word for word. So much for journalistic integrity, eh?

But, really though, what in the world IS going on here?


Also, big surprise, what LaFaro witnessed in August was a perfectly routine, completely legal part of early voting under Arizona law — and LaFaro damned well knows it. Citizens for a Better Arizona, like several other political groups in the state, including the state GOP, helps collect and deliver absentee ballots from voters: one voter, one ballot.

Source
From the Arizona Elections Manual

After they have securely sealed the voted ballot inside the early ballot return envelope, voters may voluntarily give their voted early ballot to a person of their choice for delivery to the Recorder or a polling place. The designated person shall not tamper with the envelope or the ballot and shall not deliberately fail to deliver the ballot to the Recorder or a polling place within the voter’s county of residence.

But, now, I do realize these are facts, so don't let that stop the hue and cry and outrage about voter fraud.

But...but...but...the liberals are cheating! The GOP Chairman told me so!!!

There's even a video!

Why don't you just go ahead and restrict voting to Republicans only?

That might achieve the goal you guys are actually going for.

Then why is he so hostile?

And are the people returning the ballots supposed to actually put them in the ballot box without a poll watcher present?

Your law only says:


shall not deliberately fail to deliver the ballot to the Recorder or a polling place within the voter’s county of residence.

Also, how do we know any of the votes are from legal voters?

Here's a bit more from the above noted source:

A.J. LaFaro testified before the state legislature in 2013 in favor of barring groups like CBA from helping people vote. The resulting bill, HB-2305, included a whole bunch of other beautiful restrictions on voting and petitions and nominations, but the centerpiece was the criminalization of taking another person’s absentee ballot to the polls — a tactic that had been key to recalling Russell Pearce. HB 2305 passed and was signed by Gov. Jan Brewer in 2013, but in the face of an initiative drive to overturn it and widespread criticism of the law, the legislature turned around and repealed it earlier this year. LaFaro’s pretend surprise at CBA’s alleged “ballot stuffing” is all the more disingenuous, considering he fought to outlaw what was a very useful strategy for gathering enough votes to hurt his cronies.

Apparently, Republicans have no problems with outright lying. Lafaro knew clearly what was happening. He lied about it.

Yet, hundreds of Right Wing blogs across the country have gone ape-crap over this, wetting themselves because they've finally got voter fraud on tape ... except, of course, it's not voter fraud.

I wonder what would happen if we had an IQ test to vote ... naaah, that'd be too easy.

Who is he being "hostile" to if there's no one present?

Do a bit of research on Mr. Lafaro. Follow my link provided above. That is, only if you want facts ...

EDIT: Bah. I know you won't bother, so here.

The guy in the video's name is Ben Marin. He works with a voter advocacy group called Citizens for a Better Arizona. Randy Parraz is President Emeritus of the group, referred to here as CBA.

But what about all the thuggery and cursing LaFaro reported on his blog? Parraz tells Wonkette it never happened. He said that Marin told him he’d been professional at all times. Marin even pointed out to LaFaro that the building was monitored by surveillance cameras, noting that if he were doing anything wrong, he’d be on tape. Marin also categorically denies using profanity toward LaFaro. “LaFaro made that up,” said Parraz.

As Patrick Howell O’Neill points out at the Daily Dot, if Marin had been trying to do fraud, he was one crappy fraudster, wearing a T-shirt identifying the nonprofit he worked for and walking into a lobby that he knew was monitored by video. Unlike those Mississippi tea partiers who got themselves locked in a courthouse on election night, Marin came right through the front door during business hours and wasn’t the least bit sneaky about anything, including going back to his vehicle to seal that one ballot that was open.

What if you cannot afford an ID? Who's going to pay for that? The taxpayers?

What if you're not in town the day of an election? Do you lose your chance to vote?

What economic ramifications will come from declaring election day a holiday? Since federal and state employees are required to have those days off.....can we even hold elections?

How are we going to make sure employers give their employees time to vote? Will that require a new government oversight office?


If you can't afford an ID, you can't drive, you can't rent an apartment or house, you can't return items to most stores, you can't have a bank account, you can't cash a check (even a job check), you can't get a loan , I'm not even sure you can get welfare or government benefits without showing an ID- the vast vast majority of Americans have a photo ID . This is a moot point, a fake problem drummed up to allow for voter fraud.

I totally agree, no computer only voting, Illinois already has been proven to have changed Republican votes to Democrat votes. No surprise in Illinois for sure. All voting should use paper, a scantron is fine with no erasures allowed for speedy vote counting, but no electronic voting - way way to easy to commit fraud.

In many if not most states employers are required to give employees time off to vote. The polls are generally open 7AM-7PM and most can if they want to get there before or after work or on their by law required lunch hour.
Again a moot point.

Preventing voter fraud is critical. So critical I think the US has such rampant voter fraud that international observers should be required at all polls.

What? To keep libs from voting?

The issue is that you should be a legal citizen in this country to vote and you should only vote once.

Now, how do you propose we do that?

I don't see the issue behind needing actually show up at a polling place and show an ID considering you need one for everything else you do in life, including apply for your government benefits. If the issue you have is that we really want to disenfranchise the poor, then we'd choose some other method than an ID. Most of the poor have government benefits, and they can't get those without some form of legally valid ID. In fact, pretty much all states have free ID cards that are issued that are legally valid and will go to you to issue the things, so if you don't have one, that's your responsibility.

Heck, there were UN Observers at one of our polling places during the last presidential election, and THEY couldn't believe we didn't require voter ID.

originally posted by: Gryphon66
a reply to: ScientiaFortisDefendit

Why don't you just go ahead and restrict voting to Republicans only?

That might achieve the goal you guys are actually going for.

Professional infiltrators would still get inside and vote Democrat