American Embassy in Baghdad's Green Zone is currently being shelled.

Apparently, the American Embassy in Baghdad is currently being shelled by unknown perpetrators. 6 rockets have been fired thus far:

Last month ISIS were using Chlorine gas on the Iraqi's around Fallujah, something like 300 Iraqi soldiers were killed. If ISIS are still inching their way toward Baghdad things could get even worse than they are at present.

Cant say im surprised, this was to be expected. Using a little logic would point all fingers at isis, clealy they are getting close to baghdad and killing everything in there path. Hopefully no one looses there life, but with all the bs and lack luster response from the world and the iraqi people this will get worse before it gets better. But i truly dont think we can allow baghdad to fall.
edit on 22-10-2014 by TechniXcality because: (no reason given)

Who's firing the rockets and more importantly who manufactured them?

BAGHDAD, October 22 (RIA Novosti) – The US Embassy in Iraq located in central Baghdad has been shelled with rockets, Al-Mustakillah news agency reported Wednesday citing a security source.
"On Tuesday night the US Embassy was hit with three rockets. They were fired from a park area in the Dora district [in southern Baghdad]," the agency's source said.
Earlier on Tuesday, Al-Sumaria TV channel reported a mortar shelling of the so-called "green zone" in the center of the capital, housing government buildings and foreign missions. Security forces surrounded the area to repel a potential attack.

Our present POTUS simply does not have the backbone for serious action, not only that, his political support is in shambles. If this was truly about securing Iraqi oil field resources *as the US is universally demonized over* then the Globe needs to wake up to the fact that most Iraqi oil fields are legally contracted to everybody and their brothers around the world.

China, India etc, need to step up their game plan and support. 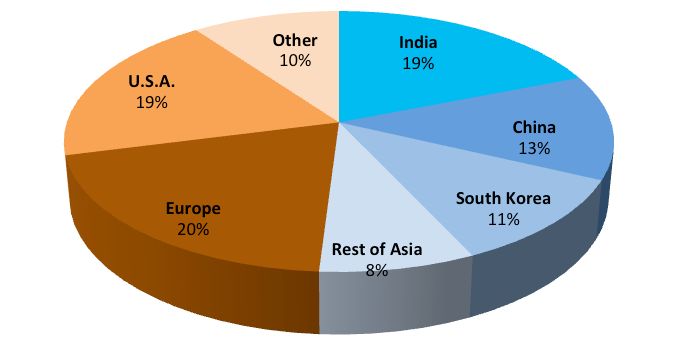 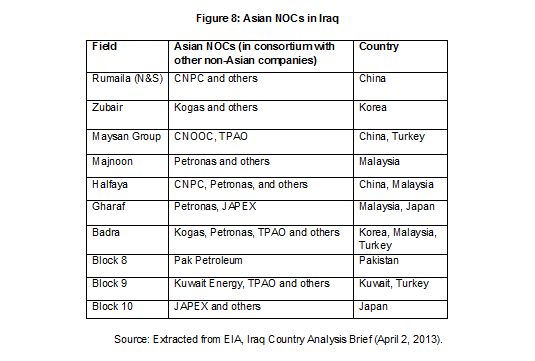 Post-occupation Iraq's oil production ― buoyed by the existence of vast unexploited reserves ― is resurgent. After two decades of sanctions and war, Iraqi oil production shot up to 3 million barrels per day (mbd) in July 2012, reaching 3.4 mbd in December, and overtaking Iran as the second largest producer in OPEC. These remarkable gains are attributable to increased investment in Iraq’s petroleum industry and export infrastructure.

With export volumes hovering at around 72% of its total production, Iraq has become the world’s third-largest oil exporter. Given that 95% of the country’s revenue is generated by oil sales and 90% of Baghdad’s own energy needs are met by petroleum, there is a strong sentiment for raising production levels and improving export capacity.

posted on Oct, 22 2014 @ 06:29 AM
link
a reply to: daaskapital
It shouldn't come as a surprise if ISIS is doing the shelling:
NY Post: ISIS surrounds Baghdad

Thousands of jihadi fighters from the murderous ISIS terrorist group surrounded Baghdad Sunday and were prepared to mount an assault. More than 10,000 of the fanatical barbarians had gathered outside the Iraqi capital, poised to take it by force, an Iraqi official told Britain’s Telegraph newspaper. Sabah al-Karhout, president of the provisional council of Anbar Province, told the paper that the fighters had advanced as far as Abu Ghraib, a suburb.


For those who believe that it could be some other entity doing the shelling, there is this telling statement:


He said Iraq needed US aid because the western part of the country had fallen largely under the control of ISIS.


So yes, it could be the Iraqi's themselves doing the shelling in a ploy for help.

posted on Oct, 22 2014 @ 07:10 AM
link
a reply to: UpLateWakingUp
Typically when you tell someone your going to bomb them and give them time. They tend dig in to places you cant find. Or amongst the local population .also im sure they have some kind of intellegence gather capabilitys and can alert between airstikes. But you see, we have to have boots on ground or we are wasting time and allowing more and more to innocently die.

originally posted by: UpLateWakingUp
How can isis be large enough to take bagdad and too small for us to find and fight them at the same time?

posted on Oct, 22 2014 @ 07:12 AM
link
Thinking about what might be going on might not get to the heart of the problem . Does any one find it strange that despite the instabilities happening in different places associated with oil ,the price at the pumps are dropping .?


The timing was perfect. Monday was the day after many noisy climate marches around the world, and the day before President Obama’s pointless pep talk at the United Nations Climate Summit, so the Rockefeller Brothers Fund chose it to announce its “divestment from fossil fuels.” - See more at: www.cfact.org...

Is all this destabilization part of the plan that the PTB are fueling ? We are seeing a attempt to isolate Europe from Russian oil and Iraq,Syria as well as Libya and who knows who next . Seems like it's coming from sort of playbook .

posted on Oct, 22 2014 @ 07:14 AM
link
a reply to: TechniXcality
The Obama Administration do seem to be 'telegraphing their punches' in military matters.

When will we get out of the Middle East and leave them to their own fate?

Exactly, it's a New World Order being made and quite openly too.

Then these "globalists" are not very smart because their "securing of threats" only continue to breed more threats.

ISIS, Iraq and the entire middle east is no concern of ours and we best learn that pretty quick.

The Iraqis are caught in the middle.

How is it our business to protect the people from genocide? Are we the world's enforcers of righteousness and justice? Shouldn't we consider that our presence in the ME has caused a genocide in and of itself?

Why can't other ME nations rise up to take care of threats like Saudi Arabia, Iran, Israel? Oh well, we are SA's and Israel's little pawn and Iran is afraid to move because we threaten to bomb them at the drop of a hat.

lol I wasn't refering to the US government Illuminati mansons crap either. I'm talking about the real NWO that is unfolding. I am all for global governance and law but the way it has been implemented was wrong and now it has come to this.